How Khabarov made his partners "TRUSTed"

The "taking away" of Delovye Linii can be considered as coming to an end. As the correspondent  of The Moscow Post reports, the court has arrested 100% of Delovye Linii. In this way, Mikhail Khabarov, the Executive Director of Trust Bank, obeys the London Court's decision in Russia.

In January, Khabarov, by means of the London Court, obtained a payment of $ 58 million from Alexander Bogatikov, the owner of Delovye Linii and his company Doglemor Trade and DL Management. Besides, as Vedomosti wrote, the Court has another claim to Delovye Linii from the company Solarstone which is controlled by Khabarov and A1 - for $ 25 million. Allegedly, Bogatikov's structure unilaterally terminated the agreement for the provision of consulting services to DL Management.  Weren't these services imposed by Khabarov himself?

Mikhail Khabarov grabbed one of the country's largest cargo carriers by the "throat". During the cooperation with the businessman, the owner of the company, Alexander Bogatikov, has experienced claims for non-payment of taxes, was wanted person and had his assets frozen. While the trial lasted, Bogatikov managed to bring his share in the company to a minority.

But nothing saved him from the pressure of Khabarov. After all, the latter comes from  the A1 investment company, which can already be considered a kind of marker.

But Bogatikov and Khabarov used to be partners. The oncoming Executive Director of Trust had an option to acquire 30% in Delovye Linii through Cyprus-based Daglemor Trade, which in 2015 owned shares in the group. But in December 2017, as a series of deals result, Alexander Bogatikov's firm became the owner of 43% of Delovye Linii, and 57% passed to the structures of four individuals.

It cannot be excluded that Bogatikov understood the intentions of Trust's Top Manager and decided to hurry in protection of his business from an unfriendly takeover. However, as it can be seen, this turned out to be impossible.

The first bells rang as soon as Khabarov "came into" Delovye Linii. In 2015, he became the Chairman of the company's Board of Directors and its co-owner, and the next year the security forces raided the offices.

As it turned out, in 2014, the Federal Tax Service charged Delovye Linii 1.6 billion rubles for 2011-2013. Director Alexander Bogatikov was suspected of tax evasion and for some reason was put on the wanted list. Although the businessman voluntarily came to the Investigative Committee and did not plan to run away…

The assets of Delovye Linii were temporarily frozen. The company tried to pay off its debt, but the seizure of property prevented it from doing so.

The businessmen immediately felt something was wrong and applied to the FSS. The Colonel was arrested. The intermediaries through which the bribe was transferred were taken along with him. And it turned out that one of them, Sergey Zinovenko, was an employee of Delovye Linii. This was written by Novaya Gazeta.

Does it mean that Zinovenko was acting against his own company? Suspicion creeps in that someone passed information to Timchenko through him and provoked a bribe. Probably, in order for another criminal case to become an obstacle to unblocking the accounts of Delovye Linii. And consequently - paying their taxes as well. 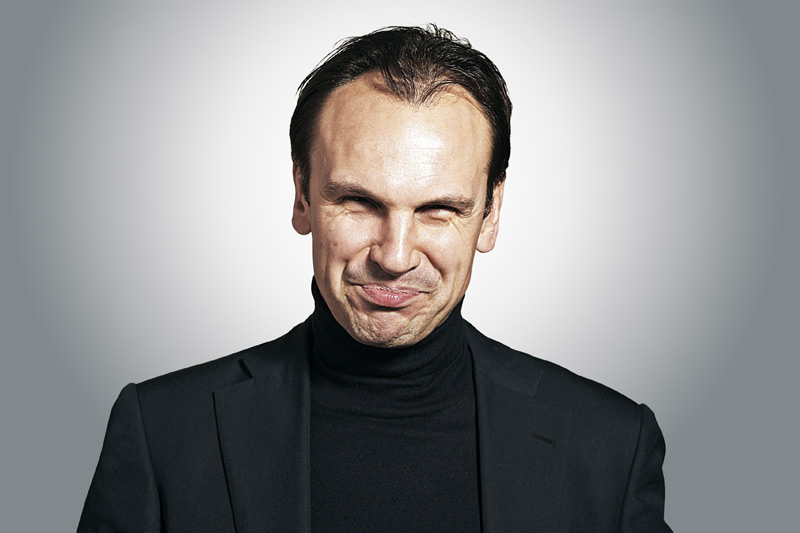 Aren't Khabarov's "ears" sticking out behind these intrigues?

Extra problems for the beneficiary of the company would have rendered the Top Manager of Trust a huge service. But in the end, Bogatikov paid taxes through the court that time, and the case was closed.

However, it is possible that the tax troubles did not end there - it is said that the desperate Bogatikov so much opened up in the London Court that he could pass another scheme. According to the authors of the telegram channel Zhurnal Kompania, the businessman, allegedly, could tell about another possible scam for 30 billion rubles in 2014-2017.

It is noteworthy here that Khabarov was already working hard in Delovye Linii during these years. He was responsible for the company's strategic development. Was he so involved in the "development" that he didn't notice the tax scam?

There is a version according to which the activity of Khabarov can be explained by the desire to "get away" from suspicions in his direction. In other words, the Top Manager of Trust kills two birds with one stone: both takes over Delovye Linii and throws all the responsibility on his partner.

It seems that Bogatikov could understand Khabarov's intentions and hoped to escape by all means. As a result, and began to "muddy" the waters with shares?

The businessman changed his parent company from Cyprus-based Doglemor Trade Limited to 0578 Holding LLC. Now, quite strange structures can be found among the owners of this company. For example, Usadba v Kadashakh. 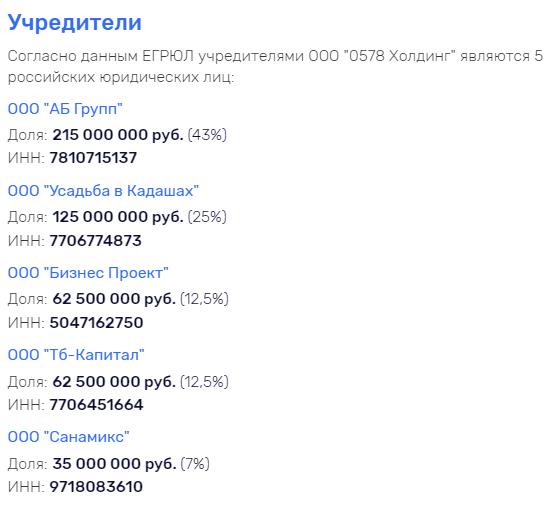 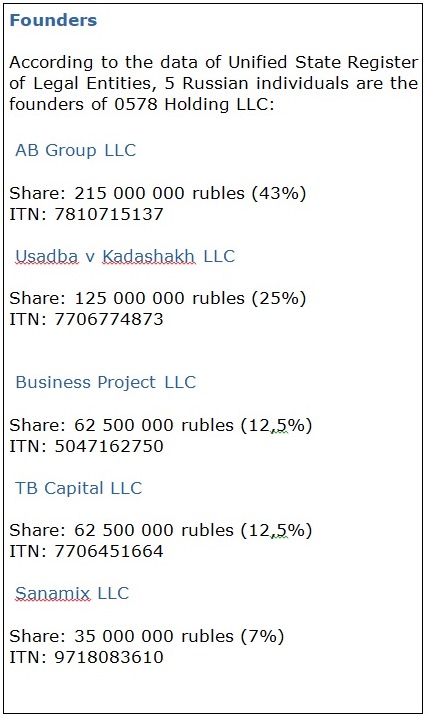 The Director of this company is Leonid Zubets, who owns Ltd "Boxbet" together with ANO Tsentr Progressa Boksa. The latter is headed by the notorious Umar Kremlev, who was involved in criminal cases more than once.

As NewsNN wrote, he served a sentence twice: for extortion and beatings. Although, did he "serve"? He received suspended sentences. Evil tongues claimed that there were Kremlev's possible connections in "criminal circles". So where does the management of Delovye Linii get people with such connections?

According to rumours, the owner of Delovye Linii Bogatikov tried in every way to save the company from a tax audit, and therefore sold the share of 0578 Holding to "reputable" businessmen. As it can be seen, it didn't help much.

The transfer of 43% of shares to relatives after debt repayment neither saved the businessman.

To resist Mikhail Khabarov, serious skill and connections are needed. To make sure of this, it is enough to have a look at the businessman's track record.

It was rumoured that Khabarov owed his career to Head of Alfa Group Mikhail Fridman. Allegedly, it was he who spotted and "washed" a perspective businessman a long time ago, who nowadays frightens big entrepreneurs, although before that...he washed windows.

Apparently, Khabarov chose not a random window, but one that can break his way to success - in  Fridman's Incombank. The fact is that in 1988, he organized a cooperative called Courier, which specialized in window washing. And then, later, Mikhail Khabarov headed Fridman's Inkombank. However, his reputation was quickly tarnished…

Soon there appeared a story about the privatization of Magnitogorsk Iron and Steel Works (MMK), when Incombank and Financial and Industrial Group Magnitogorsk Steel became its owner. Khabarov went to work in it. But soon criminal cases were opened against these two companies for the theft of 30% of the integrated plant's shares.

Then Head of Magsteel Rashid Sharipov rushed abroad. Immediately, Mikhail Khabarov and his family decided to live in the United States. In the early 2000s, the statute of limitations on this case expired, and, what a miracle, Khabarov returned to his homeland. Nothing suspicious.

But despite many years abroad, the habits seem to have remained the same. Khabarov became famous for his career in the division of Alfa-Group - A1, which is known for a series of unfriendly takeovers. The company specialized in resolving corporate conflicts, but it could often be the cause of them. Under the pretext of assistance, A1 actually "assigned" assets to itself, then either bankrupted them, or sold them at an overpriced value to the owners.

Khabarov became CEO of A1 in 2010. The "victims" of the businessman's aggressive policy could be the low-cost airline Avianova, the Moscow plant of calculating and analytical machines named after  Kalmykov, the company Corporation Splav, the development project Zolotoy Ostrov on the Sofia embankment in Moscow, the company Stroyfarfor and the construction firm Gras. All of them were under A1's pressure in one way or another. This was written in detail by UtroNews.

But the businessman had to leave even that place. It was rumoured that during Khabarov's leadership money began to disappear and Fridman suspected that his subordinate was "laundering" funds abroad.

Whether this is true or not, we will never know. However, the image is very interesting. And today such a character works in a State Bank…

It seems that the businessman has got comfortable there as well. For example, last year the news spread that the debtor for 1 trillion rubles, oligarch Mikhail Gutseriev, could agree with Trust and Otkritie Banks to resolve the conflict. Creditors will receive about 135 billion rubles from the businessman, as Forbes wrote. Will Gutseriev be forgiven for the rest? It is curious what could be promised to Khabarov for this…

At the same time, Arkhangelskgeoldobycha, Otkritie Holding, Russian Timber Group, Atommashkomplex UEKhK has been under the pressure of Trust. Alexander Bogatikov also felt the "grip" of the former Head of A1 on his own skin.

Meanwhile, it is possible that Mikhail Khabarov may now act in the interests of Mikhail Fridman. Indirectly, this is indicated by the claim to Bogatikov from Trust and A1 for $ 25 million.

It seems that noone can be regarded as former in A1. So the story of Delovye Linii can be considered a ready-made guide to pressure on partners and business takeover.

06 December, 8:04
Equilibrium, or bankruptcy "on the stream" from Sergey Gordeev