Horse move: the detention of businessman Simonenko could be arranged by those whom he accused of attempted suicide

Businessmen with a criminal past and connections are trying to put a man behind bars who accused them of attempted murder.

According to the correspondent of The Moscow Post, in Moscow detained the former general director of the Merlion company Vyacheslav Simonenko, who had previously been the victim in the attempted murder case. Its defendants were the founders of the company Oleg Karchev, Vladislav Mangutov, Alexey Abramov and the head of the Merlion security service Boris Levin. All of them last year were released from jail.

After the detention of Simonenko, he was charged with making false statements and falsifying evidence. Recall that earlier the entrepreneur stated that in 2015 his house was thrown with Molotov cocktails to take the life of Simonenko himself and his family.

One of the alleged arsonists confirmed the words of the victim and clarified that the order came from Levin. Little is known about this person by the media. But a lot of attention was paid to the key witness - top manager Yevgeny Savelyev, who gave detailed testimony after the assassination attempt on Simonenko, but then suddenly disappeared after what happened.

All this, according to the victim Simonenko, was preceded by a corporate conflict - top managers and owners refused to return to the former general director Simonenko $4.5 million received from the sale of shares of Tegrus.

After numerous complaints, the central apparatus of the TFR was engaged in the case. As a result: Karchev, Mangutova, Abramov and Levin were exonerated, and Simonenko was charged with their contract after entrepreneurs refused to pay him $4.5 million to leave the business. Today, the trial will continue and, presumably, a final verdict will be delivered. 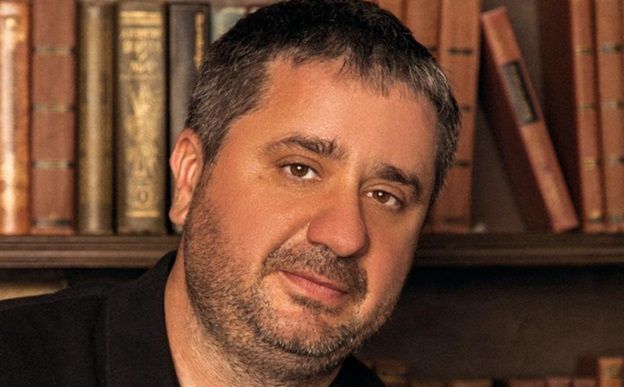 To whom is sheep's skin to face?

One of the released defendants in the criminal case, Oleg Karchev, was previously the owner of the Rost group, which included seven banks - all of them went bankrupt, going into minus by 50 billion rubles. In fact, law enforcement officers did not visit Karchev where the missing funds were not clear. He also became an "accomplice" in the bankruptcy of Binbank, which took the assets of Rost Bank under its wing.

Karchev's ex-wife Elena Vlasova was the largest shareholder of the latter. Rost Bank, by the way, was a shareholder in Kolyma Refining Plant, from which 2 tons of gold and 16 tons of silver with a total value of more than 4 billion rubles disappeared in 2013. The FSB established that since 2008, the Kolyma Refinery has undertaken to ship precious metal in an amount significantly exceeding its real content in the supplied raw materials. The general director of the enterprise was accused of everything, none of the other potential beneficiaries were injured, as TASS wrote.

Now Karchev and Vlasova are divorced, but this does not prevent the woman from nominally managing the business of her ex-husband. Presumably, she and him may be behind offshore companies that own part of the companies affiliated with Karchev, for example, Tiaviz Commerce Ltd, which owns Alventa Style LLC or Merlion Group Limited, which is related to Merlion.

Vlasova also develops development projects in Moscow and the Moscow Region. For example, in the southeast of the capital, about 130 hectares are going to be built up with commercial real estate. The site is owned on loan by Alventa-Style LLC, previously issued to Vlasova, and in 2017 transferred to Mavlen Limited offshore. The Coldy company, which is declared as a developer, is unprofitable and also belongs to the Kalamento LTD offshore through the subsidiary of Atria LLC. Judging by the data at Rusprofail, there is a feeling that money from both companies is carefully withdrawn, so you can start to worry about the future of projects...

The question is how closely these firms are affiliated with each other. If both do not belong to the same person, then Alventa-Style LLC had to pay something for rent, and its indicators are unprofitable. Against this background, the appearance of guesses of this kind is quite natural: is it not for the development of the development project of his ex-wife Karchev devastating banks and letting former colleagues like Simonenko around the world?

It is known that now Karchev owns a stake in Realist Bank, whose financial indicators over the past year for some reason are not disclosed. Apparently, Karchev takes a realistic look at the situation, understanding: if someone finds out about his real state of affairs, then the outflow of customers and creditors will begin.

And what about the other defendants in the case of an attempted premeditated murder of Simonenko? The former defendants are related to a businessman with a solid and sonorous past - Dmitry Starostin, whose construction corporation Tekta Group previously belonged to Vladislav Magnutov and Alexei Abramov. Presumably, with his help, businessmen could well hide their assets.

Starostin already gave an occasion to talk about himself as a person who knows how to withdraw money: after he was appointed in 1998 to the post of general director of the Galich Crane Plant, she soon "blown away" and became unprofitable. At the same time, they usually recall how spectacular the election company of the late ex-governor of the Kostroma region Viktor Shershunov came out more than 15 years ago. It is possible that he then appointed Starostin vice-governor for assistance in financing. In the case of possible embezzlement from the Galich Crane Plant, he was never held accountable, nor was he brought to justice for a fight in a restaurant in 1998 - The Moscow Post wrote about this. 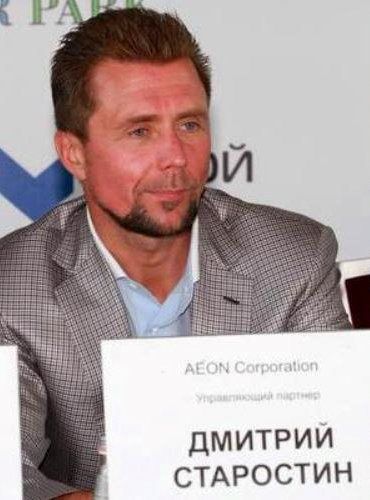 As for Boris Levin, he was a defendant in the criminal case of the abduction of Euroset forwarding agent Andrei Vlaskin, extortion and murder of the latter when Levin worked there as vice president. After the proceedings, the case was closed, Levin was acquitted, and another person involved in this story escaped from Russia - Euroset founder Yevgeny Chichvarkin - RBC wrote in detail about the situation.

Were there too many acquittals for people who already had a criminal record and each time got out of situations? Against the background of this information, information about the disappearance of one of the perpetrators of the assassination attempt on Simonenko appears in a completely different light.

However, now in a new light they began to suddenly present this whole story and telegram channels, which previously accused Karchev, Mangutov, Abramov and Levin. According to the authors of the Telegram channel of the Cheka-OGPU, allegedly Savelyev, who could testify about fraud during the calculation with Simonenko, received threats from Karchev. And now in the center of critical publications was opposite the victim himself - Simonenko.

As the authors of the Cheka-OGPU Telegram channel now claim, allegedly Simonenko "was accused of his former employers - the owners of Merlion, believed that they owed him money that they tried to burn his house, so he went to different structures, offering to" punish "the offenders and take away from them Merlion."

The same Telegram channel claims that Simonenko was allegedly associated with the "resolver" Oleg Pokrovsky, as well as with Vitaly Kachur, who is often called the "professional cashier" and his son Kirill, who is a lawyer, allegedly they helped Simonenko arrange everything. At the same time, prosecutors do not provide any significant evidence base.

Vitaly Kachur is known for being charged with fraud on an especially large scale in the case of the raider seizure of an office-industrial building in the center of Moscow - Kommersant wrote about this.

Kachur Sr. is credited with ties with the Ukrainian special services and even the son of the ex-president of Ukraine, Alexander Yanukovych, as Rosbalt wrote (recognized as a foreign agent in Russia). In the same case, the name of State Duma deputy Denis Voronenkov appeared, who was killed in speed after the incident. Kirill Kachur is accused of receiving a bribe from the representative of the VVK Trading House Andrei Yenin, the investigator in this case is now hiding in the Emirates - as Kommersant wrote. By the way, the same investigator was also conducting a case of attempted assassination of Simonenko.

There is an opinion that the current detention of Simonenko may be a reaction to his recent appeal to foreign business partners, which outlined the corruption schemes used by Merlion. At the same time, Simonenko warned Western companies against working with this company, The Moscow Post wrote about this.

After analyzing all the available information, there is a clear feeling that with the help of connections and money, the former defendants are trying to drive Simonenko into prison, who was obviously robbed, and then tried to kill until the latter turned to law enforcement agencies. Just not to "get in the way." And since his enemies have enough money, apparently, the matter suddenly began to take a new turn. Will Simonenko manage to get out of this heinous story, time will tell.

Photo on the home page: tadviser.ru