"Hold" Guselnikov: how does a banker "save" assets from bailiffs?

Can Grigory Guselnikov, who "inherited" at Vyatka Bank, be involved in the leak of finances from Tomskinvest, and is he not going to hastily leave his homeland in the near future?

According to the correspondent of The Moscow Post, in relation to Tomskinvest, proceedings have been introduced in the case of recovery in favor of Exiora Law Firm LLC almost 7 million euros. This was reported on the website kad.arbitr.

As follows from the case file and established by the court, on April 30, 2014, a loan agreement was concluded between the offshore from the British Virgin Islands Vandenburg Limited LLC Tomskinvest, on the basis of which the lender provided the borrower with cash in the amount of 7.4 million euros for the period until April 30, 2019 at 0.1% per annum. The execution of the loan agreement was ensured by the guarantee of companies belonging to the same group: Baltiks, Kalanchevskaya 13, Kapitel, Lesstroy, Monolith and Proproekt. The guarantee period was set until December 31, 2020.

The court found that at the time the contract expired, the borrower paid off the debt only partially. Now the unpaid amount of debt is a little more than 5 million euros, not including interest and a penalty. On February 28, 2020, Vandenburg Limited ceded to Exiora Law Firm LLC all its rights under the loan agreement, so now Tomskinvest is obliged to pay debts to it.

The case also includes the Latvian ASPNSBanka, which, after a court decision to recover the amount from Tomskinvest, filed a complaint in which it stated that the judges were unlawful and demanded a review of the case. However, the claim was dismissed because the applicant was not a party to the legal relations disputed in the present case. Where does such zeal to defend Tomskinvest come from?

As it turned out, the Latvian bank was previously owned by Russian businessman Grigory Guselnikov. He is the main shareholder of Norvik Banka (the former Vyatka Bank, in the Kirov region he works under the old name) with representative offices in Latvia and the UK.

After Guselnikov bought Norwik Bank, Vyatka Bank began working with him in a group. When too many questions arose about the Latvian unit, the banker managed to sell his stake on time to a number of US shareholders, led by businessman Roger Tamaraz, who is credited with treating Boris Yeltsin's so-called "family," allegedly even financed his election campaign.

In 2015, amid the sudden resignation of Latvian Prime Minister Laimdota Strauyuma, Guselnikov became a defendant in an international scandal. Shortly before the resignation, a rumor passed, allegedly Ms. Strauyuma "lit up" in a possible withdrawal of assets through Norvik Banka and could well participate in some gray schemes that are attributed to Guselnikov. Later, Laimdote Strauyum tried to attribute his son, who allegedly worked in the bank, and withdraw the possible personal interests of the politician from there. But in the end, after the resignation, she did not make complaints.

Perhaps the proceedings were simply "hushed up." Evil languages ​ ​ claim that this allegedly helped not only the desire of the Latvian government to minimize reputational damage, but also Guselnikov's connections in the opposition circles of the Latvian government in the Russian Federation. Detractors also believed that the banker could be involved in the creation of one-day firms for the possible withdrawal of money from Vyatka Bank. There is no evidence, but it is known that the companies in which Norwik Yehuldiyumu Parvaldes Sabiedriba bought a stake were registered only a few days before Guselnikov acquired the Latvian bank.

Among them could be companies with obvious signs of fictitiousness LLC Kapitel, Lesstroy, Monolith and Orion.

The financial position of the first two companies, 99.9% of whose shares nominally belong to the Cypriot company Trilocus Limited, but are actually under the burden of Norwick Bank, is on the verge of a foul.

Immediately after the creation, Norwik Yehuldiyumu Parvaldes Sabiedriba was removed from the founders of these companies, apparently so that the arrows did not point towards Guselnikov.

As for Monolith, the company is successfully functioning now and even shows profit. But the bad luck is in the process of bankruptcy. Taxes, state duties, energy are a small fraction of what the company is in no hurry to pay for.

The situation with Orion is different, but also absurd. The company is rated as reliable, but since its inception has shown zero revenue. Her share through the Cyprus offshore Aisurf Limited is also pledged to Norwick Bank. 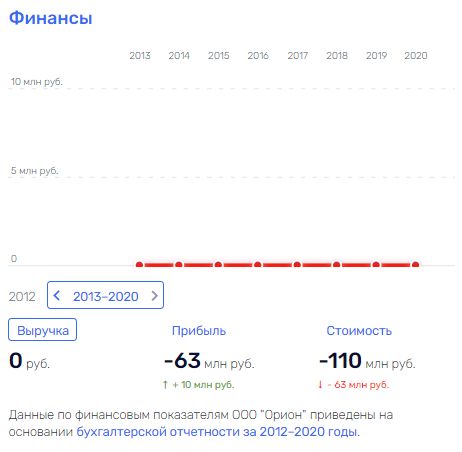 Such obvious things have been ignored by law enforcement agencies for years. Perhaps the whole thing is really about Guselnikov's connections. It is not clear that in fact with the finances of Norwick Bank - this information is not disclosed. At the same time, enforcement proceedings on illegal enrichment are underway against the bank in an amount exceeding 4 million rubles.

When Guselnikov was "at the helm" of ASPNSBanka, the bankrupt Tomskinvest just began to plunge into a debt pit. Is it not because the Latvian bank stands up for Tomskinvest that it may have a vested interest in this story? Given how Guselnikov conducts his affairs, it is possible that he is still the "gray cardinal" of ASPNSBanka, who is trying to save his assets. By the way, Tomskinvest also belongs to offshore.

A few years ago, experts assumed that Norwick Bank was kept almost entirely on the funds of depositors, so the reliability of this structure is doubtful. "Norvik Bank" and Guselnikov in those days could be compared even with the MMM of Sergei Mavrodi. Including because he aggressively feared his organization.

Returning to the Latvian ASPNSBanka, which appears in the story of the bankruptcy of Tomskinvest, we will pay attention to who else the shares belonging to Guselnikov previously went. According to Sputnik, they did not name specific buyers of the share.

But part of the bank remained owned by former NATO Secretary General Anders Fogh Rasmussen, who in 2018 was appointed to the post of deputy chairman of the bank's council Grigory Guselnikov. Perhaps it was he who took a controlling stake.

Newsler, in turn, reported on the close connection between Guselnikov and Belykh, whose son lived in a businessman's house in London and studied at an elite school.

According to RIA "FAN," Navalny (recognized as a foreign agent and included in the list of terrorists and extremists) and Guselnikov, together with two other Belykh advisers - Alexei Sitnikov and Alexei Kozmin - established the "Fund for Supporting the Initiatives of the Governor of the Kirov Region." From there, Kirov entrepreneurs began to receive letters with an extremely convincing request to contribute funds to the governor's fund. Among the Kirov business, there were rumors that donations to the fund were "voluntary-compulsory."

A couple of months later, Roman Shipov, an employee of the Kirov region administration, was detained in Moscow, in whose hands large amounts of money were found, which, according to the detainee, he was collecting just for the aforementioned fund. The funds, as it turned out, were collected from lumber enterprises "objectionable" to the governor - in fact, competition and extortion.

FAN journalists reported that familiar entrepreneurs who turned to Navalny (recognized as a foreign agent and included in the list of terrorists and extremists) to support business, he sent Guselnikov to Vyatka Bank. The entrepreneur is also credited with a connection with top model Elena Perminova, whom he could get acquainted with in the London company of "new Russian oppositionists."

These facts, as well as the presence of real estate abroad, including in London and Latvia, suggest with a high degree of confidence that Guselnikov is playing a "double game," in which he uses ties with opposition structures with which he can withdraw funds from Russia. What could threaten this - everyone understands, so no one will be surprised if Guselnikov chooses to spend the near future away from the Motherland.