Herman "sin", or how to share bitcoin for five

Can the head of the Sber, Herman Gref and four other influential Russian financiers have anything to do with the largest jump in the value of bitcoin in the history of the cryptocurrency?

In the morning they woke up

While citizens were sleeping off after the New Year holidays, bitcoin quotes soared sharply to 42 thousand dollars, and in just two days "crashed" to 36 thousand.

The curious fact is that it exactly coincided with the entry of an amendment to the Law "On Countering the Legalization of Proceeds from Crime" in Russia. Recall that since January 1, bitcoin has been growing sharply, while the main financial institutions of the country were on New Year's holidays. And after this document came into force on January 10, on January 11, the cryptocurrency collapsed sharply.

The correspondent of The Moscow Post tried to look for the presence of possible connections between the jumps of bitcoin and what is happening in our country.

Supposing that only large financial institutions such as the level of Sberbank can affect the volatility of bitcoin and whose representatives are very complimentary about the mining and other credit organizations having a direct connection to electronic money with amounts such as Sergey Solonin has, third office of Russian origin though international, for example Sergey Storonsky’s Revolut, which generally earns using e-currencies only, and even manufacturer of Evotor electronic cash registers, co-owned with Sberbank and the other co-owner is Andrey Romanenko – the founder of Qiwi, the situation of what is happening with bitcoin becomes understandable.

Did entrepreneurs really decide to "share" the cryptocurrency for five?

As we have already said, Sberbank recently acquired 29% of the manufacturer of Evotor online cash registers - now the bank with state participation controls 69% of the company of a native of Qiwi Andrey Romanenko.

That time the deal raised many questions: according to Rusprofile, Evotor, with revenue of 5.7 billion rubles, has its profit in the red by 381 million. The question is, where does this backlash come from? And why does Sberbank need such a troubled company? At the same time, the main customer of Evotor is the bank - the total amount of contracts is approaching the value of 1 billion rubles. Can money from a credit institution be withdrawn through the office? But it's no secret that funds can be "laundered" through online cash registers.

If it is so, then the bridges between Gref and Romanenko could have been put together long ago if the two used Evotor.

They say that Gref is in good contact with Romanenko's ex-partner, Sergey Solonin. By the way, the latter told in one of his interviews how in 2011 the Qiwi security service caught its employee mining bitcoins through the company's terminals. Then the enterprising worker managed to mine 500 coins, which at that time was equivalent to $5 million. After that, Solonin, according to his words, began to use his system of terminals for, so to speak, "mineplaying".

Thus, there are three people who could, from a purely theoretical point of view, of course, be able to turn the wheel of "mining" in any direction.

Did the Central Bank "annoy" Solonin?

Gref is famous as a person who will not miss the opportunity to earn an extra "penny". But Solonin’s Qiwi  just in time for the events of a sharp increase in the cost of bitcoin suddenly, out of the blue, had problems with this very "penny". The Central Bank in December 2020 (at the same time as the growth of cryptocurrencies began) banned Qiwi Bank (Qiwi structure) to transfer money to foreign shops, as a result of which the value of Qiwi Group's depositary receipts on the Moscow Exchange immediately fell by more than 9%. And then the International rating agency Standard & Poor's (S&P) revised the outlook on the ratings of Qiwi Group, downgrading it from "stable" to "negative".

According to analysts of the Analiz bankov portal, the financial statements of Qiwi Bank show negative trends, the overall level of security of the bank's loans is insufficient. In the sphere, there are persistent rumours that the institution is about to be sanated, or even its license may be revoked completely. 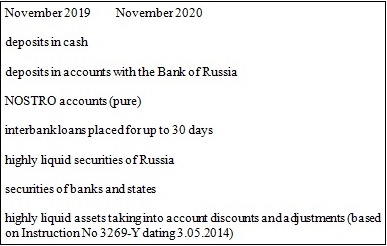 "The Qiwi system is one of the most powerful generators and a network for collecting cash. Such a structure could not have taken place in such a short time without the support of law enforcement agencies at the federal level," Nezavisimaya Gazeta quotes human rights activist Vladimir Osechkin as saying.

Of course, there is no direct evidence of his cooperation with Qiwi, but questions remain.

In 2018, Qiwi was at the centre of another ugly story - customers paid electricity bills through the company's terminals, but for some reason the money did not reach the power engineers. People found out about it only when the lights were turned off for non-payment - that is, it lasted for more than one month. It was written by Versia. The question arises: where did the funds "flow" to in the end? And how can we not remember the notoriety of "laundering", which detractors attribute to such payment systems…

Is the money from Gazprom?

However, if anyone in Russia decided to safely for life seriously use amounts comparable to the budget of the country, the support would have to be on other state mechanisms. And this is not only and necessarily such structures as the FSS. This could be done by the same Gazprom, which, by the way, "feeds" this organization in some way.

In this regard, the name of another interesting character can be seen - Nikolay Storonsky, who is quite closely associated with Qiwi. He is the son of a well-known top manager of Gazprom, Nikolay Storonsky Sr.

Nikolay Storonsky owns the Revolut financial-technical startup, a banking service that deals with cryptocurrencies, which is aimed at tourists and expats and is represented abroad.

In 2018, it was announced that the foreign office plans to enter the Russian market, using the license of Qiwi Bank. 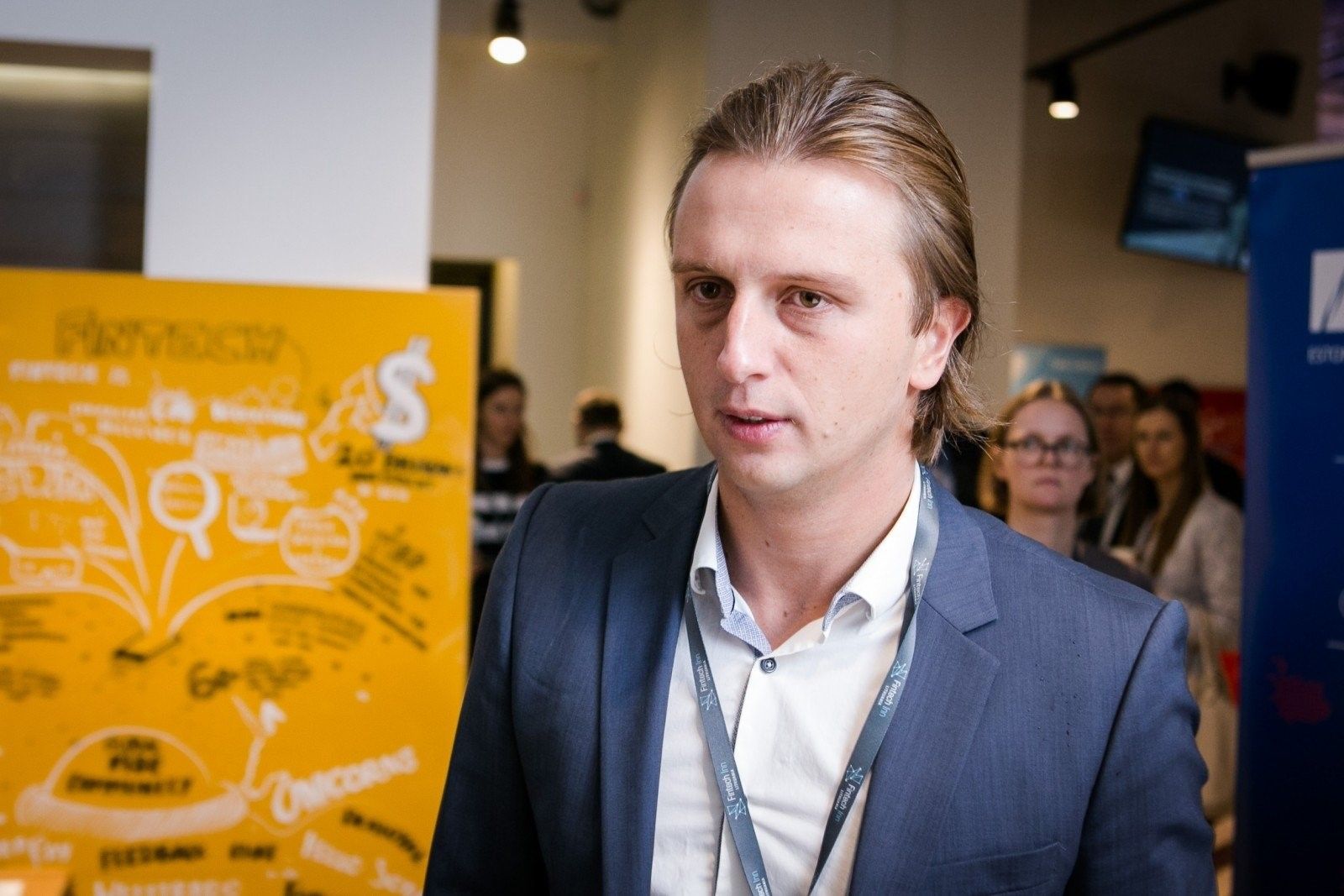 Earlier, the company was involved in a scandal with illegal operations. As reported by The Telegraph (recognized as a foreign agent on the territory of the Russian Federation), in 2018, the company turned off the automatic system created to block questionable transactions for three months. As a result, thousands of transactions passed through the startup's digital banking system to London without a full compliance check. That is, Nicholay Storonsky Jr. is also very near to the events which we are trying to study.

By the way, at one time, according to Forbes, the startup of Storonsky Jr. "charmed" Herman Gref.

Therefore, it is not surprising that a lot of money was poured into Revolut. In 2018, $250 million was invested in the project. The investor was Yuri Milner's DST Global Fund. Milner is known as a person involved in the so-called "Paradise Papers". According to the latter, Gazprom Investholding was in fact one of the main investors of DST, as Vedomosti wrote.

And then let's recall again that the father of the head of Revolut, Nikolay Storonsky Sr., is one of the first persons of Gazprom. And, what a coincidence, after the financial-technical startup had received a solid tranche in the structure of the gas giant, a huge loss of almost 250 million rubles was formed. It is now possible to explain where this money could go as well as the jump in cryptocurrency.

As the hero of one popular film said: "Make money without leaving the cash desk."