Guta and Timokhin "sealed" with concrete

Could Anton Poskonin, a former employee of the capital's property department, have taken over the territory of an asphalt concrete plant in the north of Moscow in the interests of MR Group businessman Roman Timokhin?

As The Moscow Post correspondent reports, MR Group of Roman Timokhin will build up the former territory of the Asphaltobeton plant, which is located in Ogorodny Passage in the north of Moscow. The structure of the developer I-development LLC became the owner of the Tor company, which previously belonged to Asphaltobeton. Then, from the latter, Tor passed into the possession of a former employee of the Moscow Property Department, Anton Poskonin, whom the rumour-mongers accused of patronizing the Guta group. Recently, the beneficiary of MR Group partnered with a native of  Guta, Artem Kuznetsov. The businessmen agreed, and then Poskonin helped Timokhin to take possession of the land belonging to the plant, didn’t he?

I-development entered the capital of Tor on January 22 of this year - at the same time, the former co-founders, Anton Poskonin, Oleg Zaitsev and Dmitry Artemyev, left the company. This trio was the founders of the company since the autumn of 2019, and there is an assumption that the company could not get them in a friendly way, and they acted in the interests of Mr. Timokhin. But first things first.

The founder of JSC Asfaltobeton in 2018 was JSC Asfaltobeton, which in 2015 was declared bankrupt, and is now in the process of liquidation. The owners of the company are 82 people, while the largest share in the company is estimated at only 922 rubles. All this is very similar to the fact that in reality they all are just nominee owners.

However, this did not prevent the company at one time to "feed" well on state contracts: in total, there were 27 million of them, most of them from budget management companies. And no one, apparently, was confused by the fact that Rusprofile also noted that the office has an unreliable legal address. 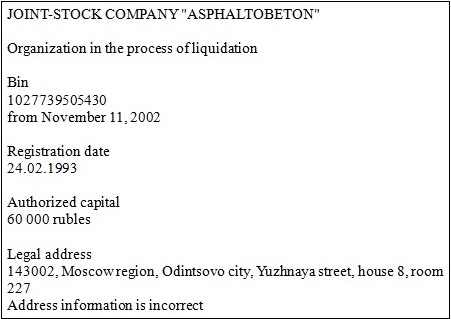 Next: it is known that the very site that MR Group has now left is located on Ogorodny Proezd, 2. We go to the search engine and are surprised: at this address there is indeed an asphalt concrete plant, but only a legal entity — GDS LLC, indicated on the company’s website. It was not possible to find a company with this name registered at one of the addresses listed on the site (in addition to Ogorodny Passage, there is also a General Dorokhov Street, 2A). 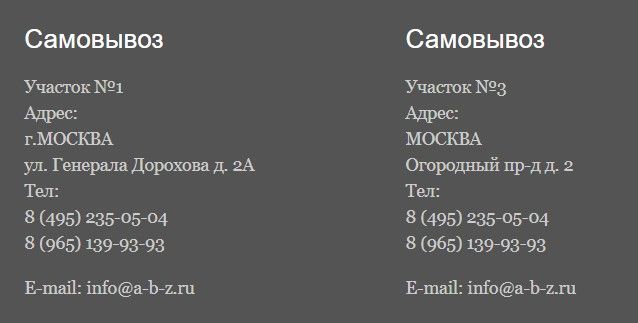 Look for these phone numbers according to Yandex, both belong to a kind of Gerusgroup. That's just about this organization, too, little can be said - it has a minimum authorized capital of 10 thousand rubles, no public procurement, and the director and founder, it seems, can be the nominee founder - Rostom Mzhavanadze, about whom it was also not possible to find information in open sources.

Does it seem, or the" ends "of the true beneficiary are well "hidden"?

Mr. Poskonin, who handed over the plant to Timokhin, is not an ordinary person: since the late 1990s, he worked as deputy head of the department in the Moscow Property Department, and held various positions in the administration until 2012 - that is, about 20 years!

Poskonin was considered a member of Luzhkov’s team, but he managed to work with Sobyanin as well. His boss, Vladimir Silkin, who became the prefect of the Northern Administrative District of Moscow in 2010, pulled him along. He also left his position in 2012 amid a criminal scandal: As Izvestiya wrote, he, along with the chairman of the board of Directors of Vnukovo Airport, Vitaly Vantsev, could be made a person involved in a criminal case of abuse of power. It was about the misuse of 1.6 billion budget funds, which the Moscow government issued in 2008 as a budget subsidy to the Atlant-Soyuz airline. But in the end, everything turned out fine.

Then Poskonin "lit up" in another scandalous story - he worked as an acting general director in the scandalous JSC Oboronservice. This company became known after a criminal scandal with the head of the Department of Property Relations of the Ministry of Defense Yevgenia Vasilyeva, who was found guilty of fraud. All this sensational story was the reason for the resignation of the then Minister Anatoly Serdyukov. Previously, this situation was analyzed in detail by The Moscow Post. Perhaps the appearance of a former official in such a scandalous structure is not accidental, is it?

Because Poskonin was suspected that he illegally received promissory notes of JSC RSTK from the Elmont LLC company, thus violating the rights of other holders. According to the database of judicial and regulatory acts, during the investigation it was found that the contract of sale between Poskonin and Elmont was falsified, but the claim of RSTK was still denied. Isn’t it due to the fact that ever since the work with Poskonin  necessary "connections" were kept? 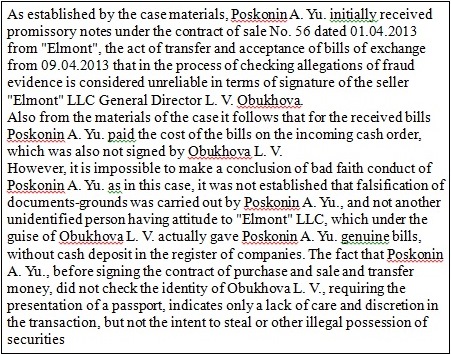 In his time Mr. Poskonin "lit up" in the story with "raider" smell. As Kommersant wrote with reference to a remote message of the Sringer.ru news agency, the latter mentioned him in the list of officials "providing administrative support to the raiding activities of the Guta group." Does it mean that Poskonin could cooperate with them?

By the way, the success of Guta at one time, was explained by critics due to the ties to then-President of Guta, Kuznetsov and his father-in-law Yuri Petrov (who, by the way, now is the Chairman of the Board of Directors) with "Luzhkov’s" people. Moreover, as Forbes wrote, the former head of Moscow visited the Krasny Oktyabr factory controlled by the family and discussed with them the possibility of building a new bridge over the Moskva River.

In this case, it becomes clear why now Poskonin was associated with the MR Group of Roman Timohin. Presumably, the deputy mayor of Moscow, Pyotr Biryukov, with whom Poskonin clearly encountered in the corridors of the Moscow administration during his years of public service, could have brought them together. Biryukov is the only person of Yuri Luzhkov who has survived in the current administration. Moreover, for some time, Timur Gutnov, whose brother, Ruslan Gutnov, is the former son-in-law of the same Biryukov, was listed as the holder of half of the stocks of MR Group.

It turns out, that it is through "Luzhkov’s" people that relations between Timokhin, the ex-President of Guta Kuznetsov and ex-official Poskonin improved.

That's probably why Guta acted with MR Group so well. Last summer, it became known that the former president of Guta Artem Kuznetsov became a partner of MR Group on the project of the Symphony 34 residential complex. He owns 25% in V-development LLC, which owns the built-up area on the 2nd Khutorskaya Street, near the Dmitrovskaya metro station. The remaining 75% is owned by Timokhin. Previously, this story was described in detail by The Moscow Post.

Moreover, the businessmen have worked together before: for example, both collaborated with the developer Level Group of Vadim Moshkovich. A year ago, Kuznetsov bought a 10% stake in a developer company of a residential complex in Zhukov Proezd, near the Paveletskaya metro station. Timokhin is also working with Level Group on a project to build a residential complex on Dubininskaya Street, also near the Paveletsky railway station.

Taking into account the strong ties described above, could Poskonin be actively involved in the process of getting MR Group control over the site previously owned by the asphalt plant? However, knowing what kind of talk there is about the former civil servant, we can assume that he could get the territory in rather unfriendly way. And with regard of Poskonin’s ties, the cooperation of the businessman and the former official will not end, will it?