The testimony of the head of the security service of the Pokrovsky concern, Sergei Yechkalov, can complicate the life of not only Andrei Korovaiko, but also his ex-wife, Senator Irina Rukavishnikova.

In Rostov-on-Don, retired FSB colonel Sergei Echkalov was detained, who, as they say, actually headed the security service of the Pokrovsky agricultural concern. He is suspected of extortion and participation in a criminal community.

Together with the employees of the Rostov private security company Strela LLC, Echkalov could provide force support for the actions of representatives of the concern, which could be associated with raider seizures and the initiation of fictitious criminal cases against those who did not agree to agree to the terms of the group.

Yechkalov was supposed to work in close conjunction with the main beneficiary of the Pokrovsky concern Andrei Korovaiko. Like Echkalov, Korovaiko was put on the wanted list, he can hide in Spain.

If Yechkalov unties his tongue, problems may arise for the former wife of Korovaiko, Senator of the Federation Council Irina Rukavishnikova. They are trying to attribute to her "patronage" of the structure and even participation in illegal schemes of the group in the past. According to rumors, allegedly she could "ask" for Korovaiko from the unclean security officials so that he had time to hide from the investigation.

About one of the largest and most resonant criminal in the South of Russia over the past decade and its defendants - in the material of The Moscow Post in the Rostov region.

Legends about the "exploits" of the Pokrovsky concern have been circulating for more than ten years. We can say that the concern kept the farmers of the southern regions of the country at bay. However, there were no criminal proceedings against them, and the holding grew like yeast. At the same time, criminal cases appeared against the competitors of the concern, which often ended with the concern eventually receiving their assets.

Today, the Pokrovsky concern is 35 enterprises with a land bank of 242 thousand hectares. According to investigators, a significant part of these assets could have been obtained illegally.

However, as much as the rope does not weave, the end will be. In April 2021, one of the leaders of the Pokrovsky agricultural holding Alexander Glazyrin, entrepreneurs Gennady Rodionov and lawyers Heinrich Khachaturov, Vladislav Brazhnikov and Alexander Voinalovich, co-owner of the concern Arkady Chebanov were detained and then arrested. That is, almost all the key persons of the enterprise, except for Korovaiko and Yechkalov himself.

Specifically, Yechkalov passes under two articles: he is suspected of extortion and participation in the criminal community. The first is due to the fact that, according to the investigation, the accomplices, with the participation of Yechkalov, forced the ex-wife of Vyacheslav Tsepovyaz (the famous Tsapkov gang, Tsepovyaz himself was given 20 years in prison), co-owner of OPH Slava Kubani LLC Natalya Strishnaya to rewrite the company's lands to people associated with the concern. 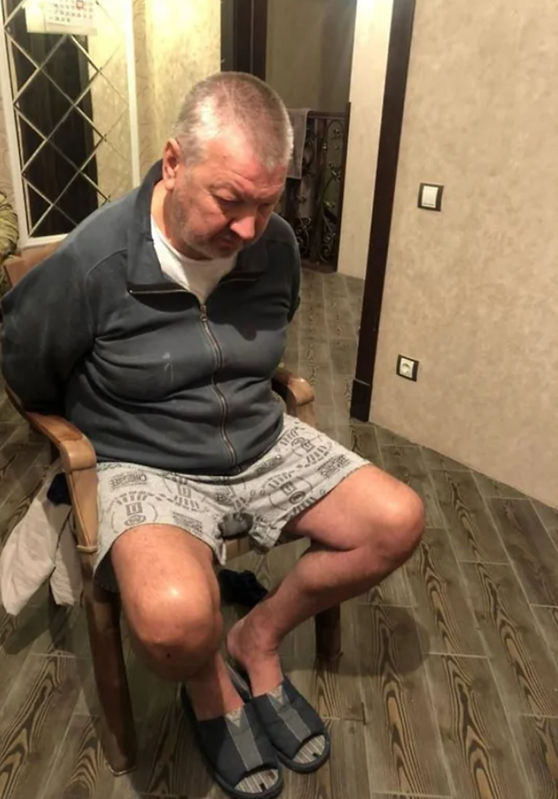 The second charge against Yechkalov relates to his alleged involvement in the criminal community. Andrei Korovaiko himself, Arkady Chebanov and Oleg Chebanov, general director of the concern TD Valan LLC, are involved in this case.

Earlier, The Moscow Post cited the most interesting details of the work of the former Fsbshnik Yechkalov, obtained from his own source close to the power structures. According to his information, Yechkalov worked in the FSB of Novorossiysk.

The source claims that at some point there was a misunderstanding between him and other colleagues related to Yechkalov's personal life, and he was conceived of being sent to work in Chita, in fact, in a "link." After that, Yechkalov quit and allegedly decided to go criminal, while using connections in law enforcement agencies.

And he would clearly need them, given the number of criminal cases that were associated with the machinations of the Pokrovsky concern. However, not only criminal. For example, they recall the story of lawyer Sergei Khmelnitsky, who fought for the rights of his principals from the very infamous "Tsapkovskaya" Kushchevka, whose lands eventually ended up with the "Pokrovsky."

People fought against an attempt to seize their crops and lands associated with the "Pokrovsky" private security companies, and Khmelnitsky recorded on camera the strange inaction of the bailiffs who were there, who came according to the applications filed by him. As a result, the lawyer was arrested for 28 days.

Earlier, the famous Rostov journalist Sergei Reznik spoke about the methods of work of the Pokrovsky. According to him, he has repeatedly heard about these stories. "There are 30 protein-pumped, pitching fellows coming. They disperse and intimidate people, spoil property, tractors, "Reznik said. Thus, the Pokrovsky allegedly persuaded the agrarians to sell for a penny, or even transfer their land shares in favor of representatives of the concern.

Video: Video on the YouTube channel "Oleg Reliable," dedicated to the events in the Kushchevsky district of the Krasnodar Territory in 2019 with the participation of the private security company "Strela"

At the same time, Mr. Echkalov worked informally for Pokrovsky, and the other part of the power wing of the structure could be private security companies. According to the source, the Rostov security company Strela, the head and owner of which is Valery Bova, could be related to this.

Allegedly, Bova was introduced to Korovaiko by the owner of the Thaler shopping center Dmitry Supryaga. The latter is trying to attribute acquaintance with many criminal figures in the south of Russia, led by the authority Lycha. Their activities are associated with the seizure of the Rostov municipal market Unicum, which was later privatized - and the Thaler shopping center appeared on its territory.

How could Pokrovsky's activities fall out of the attention of the security forces for so long as not with the support of these same security forces? Including former ones like Yechkalov. At the same time, complaints about the concern were received constantly.

And in 2019, Boris Titov, the former Commissioner for the Rights of Entrepreneurs in the Russian Federation, spoke about this situation. According to him, earlier the General Prosecutor's Office sent appeals from several farmers from different regions of the Southern Federal District. "All of them complained about the administrative pressure initiated by the leaders of the Pokrovsky concern, including with the involvement of law enforcement agencies," Titov said.

Why they were not given a move is also a question. It is unlikely that the concern would have dispensed with influential patrons in power, and - federal. They are trying to attribute this role to the former wife of Korovaiko, and now Senator Irina Rukavishnikova.

As Versiya wrote, allegedly earlier Rukavishnikova could go to an appointment with the head of the Investigative Committee, Alexander Bastrykin, where she allegedly asked him to take personal control of several criminal cases. The publication writes that they were united by one thing - they were initiated at the initiative of the Pokrovsky concern. What could she ask for - so that things do not fall apart?

But there is another version of the reasons for her visit. According to the authors of the Nezygar Telegram channel, allegedly in 2018 Rukavishnikova went to an appointment with Bastrykin to ask for Korovaiko and his people, because the security forces were clearly not delighted with the number of criminal cases related to the intercession. After that, the UK allegedly took the case from the prosecutor's office.

But if so, nothing helped in the end. And now Rukavishnikova herself may be under attack. Many consider their divorce fictitious in order to hide the possible property of Mr. Korovaiko from the official declarations of the senator. And how did she get to the Federation Council?

According to the authors of InformBureau-Southern Federal District, we allegedly quote: "It is impossible to deny the fact that she took the chair of a member of the Federation Council using financial lubricant from the Pokrovsky concern."

The same authors claim, allegedly Rukavishnikov, quote: "acts in the interests of the raider holding and its relatives," "providing secret support for management and other processes related to the concealment and destruction of traces of many years of criminal activity."

But this is not enough - she could also take a direct part in the affairs of "Pokrovsky" at the beginning of his sad path.

According to blogger k0m237 in LiveJournal, allegedly Rukavishnikova "began to saw business" with Korovaiko since the bankruptcy of FSUE "Electorpparat." Back in the second half of the 2000s, Pokrovsky participated in the scandal with FSUE. After the arrests of the former arbitration manager, representatives of the new creditor came to the enterprise, buying up most of the debt - namely Bars LLC, headed by Rukavishnikova.

A separate story with the Samtrest wine company. According to Forbes, several years ago armed people broke into the office of the company's general director Bondo Babunidze, and forced him to sign IOUs by force. 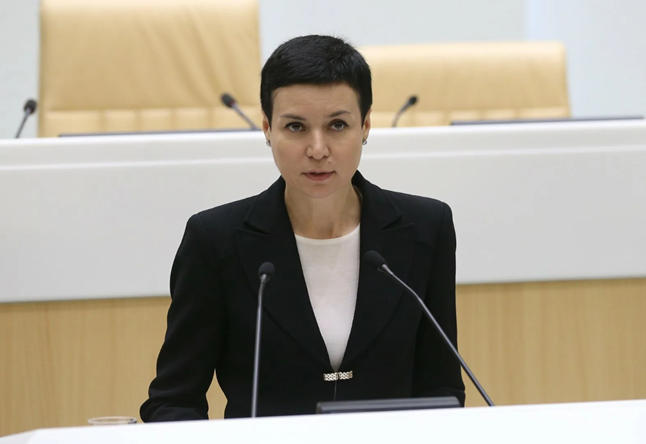 Will Irina Rukavishnikova avoid the attention of the investigation? Photo: council.gov.ru

Thus, the conflict between Babunidze and Korovaiko, who at that time worked in the embassy of the Southern Federal District under the leadership of General Viktor Kazantsev, ended. The activity of Pokrovsky is also associated with the figure and influence of the latter (especially in law enforcement agencies).

Soon Samtrest had new owners. These are Oleg Ponomarev, Gennady Kalichenko and Anton Rukavishnikov - the brother of Irina Rukavishnikova. Could it do without the assistance of Mrs. Senator herself?

However, law enforcement officers have not yet made any claims against her. In the absence of the main person involved in the country, if she is really involved, the very Echkalov who clearly wants to "shorten" his term can testify against her. This means that soon Mrs. Rukavishnikova may again apply for an appointment with Bastrykin.