German Gref and his deputy Sergei Kuznetsov "merged" the structure of Sberbank into the hands of people who had previously been associated with dubious schemes.

Deputy Chairman of Sberbank Stanislav Kuznetsov, who is responsible for coordinating the security block of a credit and money institution, boasted in a recent interview with Izvestia how the company copes with DDOS attacks and other fraudulent actions towards bank employees and customers.

As the correspondent of The Moscow Post managed to find out, structures related to potential fraudsters from Loko-Bank, the head of the ВЭБ.РФ Igor Shuvalov and the leader of the LSR construction group Andrei Molchanov defend the interests of Sberbank and its clients. Details - in the material of The Moscow Post.

Back in 2018, Kuznetsov, of course, put the company Bi.zone (legal entity - "Bison"), which is engaged in cybersecurity of the state bank, in an extremely visible light. At that time, it belonged 100% to Sberbank, but subsequently it was actually handed over to three entrepreneurs - Alexander Bondarenko, Ilya Davydik and Alexander Obukhov. They own MR Capital Management Company, which is managed by Bison Management Company, which owns Bison.

In this trinity, Mr. Davydik is most interesting. This is the son of the owner of Loko-Bank Vladimir Davydik. As we told in the investigation of "Loko-" the throne of "liquidity" the bank may be emptied by its top managers in favor of third-party projects of its leaders. As, for example, the acquisition of the assets of the bankrupt developer Urban Group or FESCO shares. Which, by the way, according to Ziyavutdin Magomedov (one of the owners), who is in prison, were obtained as a result of a raider seizure.

They say that allegedly back in 2017, the organization was suspected of losing money from its accounts. They said that these are the consequences of the actions of the top management of the monetary organization.

At the same time, the bank began to be actively advertised in the metro and shopping centers. Here is what the experts said about this: "Probably, the bank had serious liquidity problems. And it was decided to "vacuum." There are all signs of this - a high rate and aggressive advertising. The outcome of this behavior in the market is usually the same. For a while, the bank has been recruiting customers, paying a high percentage to the old at the expense of the new ones. In principle, this is an ordinary bank pyramid. When the money runs out, it collapses. "

If you pay attention to the financial indicators of the bank now, there is a distinct feeling that assets are really systematically pumped out from there. At the same time, the picture Banki.ru presented on the site only until February this year. Got something to hide? 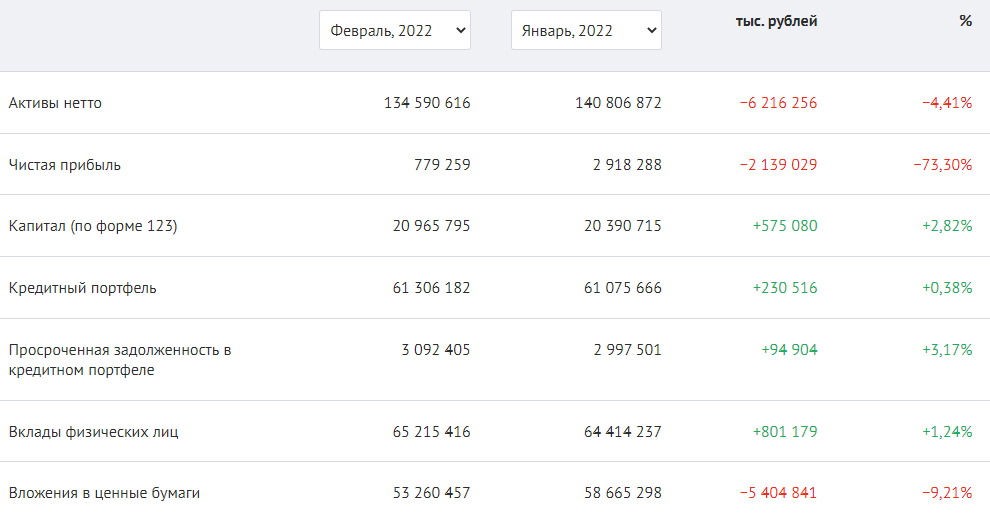 The bank's assets and liabilities fall by the same amount. Financial accounting in the bank "draw"? Photo: https://analizbankov.ru

In third-party projects of Loko-Bank shareholders, too, not everything is smooth. According to Daily Storm journalists, the management company DOMS, associated with Ilya Davydik (until 2018 he was the founder), was, according to the residents of the Yasny residential complex, imposed on them. Allegedly, "DOMS" through a dummy person initiated a general meeting of the owners of the house and demanded that during the reception and transfer of apartments sign documents in its interests.

Interests meant "unacceptable tariffs and building management services": for example, DOMS allegedly takes double payment for garbage collection, does not issue keys to mailboxes and meters. And this story is not isolated - residents of other residential complexes from MR Group complained about the same.

By the way, with the son of MR Group co-owner Roman Timokhin, Vladimir Timokhin, Ilya Davydik has a real estate company, Hutton. It is easy to guess why it is DOMS that enters MR Group facilities.

Another ultimate beneficiary of Bison is Alexander Bondarenko, who comes from the structures of asset manager Igor Shuvalov Sergei Kotlyarenko. The latter has repeatedly become the hero of our publications in connection with the scandalous stories around the companies he owns. Including the garbage operator Citymatik, which "privatized" dozens of Russian regions to serve itself, but performs its duties in such a way that residents almost howl with annoyance and ask where the money is going.

As for the activities of VEB, we can talk about its failed projects for a long time. The story of the construction of schools in the Novosibirsk region, where the alleged relative of Igor Shuvalov, Otto Sopronenko in a concession with VEB, was shamefully "thrown out" of projects where these two could simply "launder" money.

The last ultimate beneficiary of Bison is Alexander Obukhov, a native of the structures of the St. Petersburg developer LSR, which belongs to Andrei Molchanov. The structure of the latter has won a significant market share in the Northern capital and is considered close to the governor of the city, but recently its revenue has invariably fallen by billions of dollars. Withdrawing assets?

The head of MR Capital (which, in fact, manages Bison) Sergei Revin previously worked in the structures of the disgraced former co-owner of Rosgosstrakh Sergei Khachaturov, who in 2020 was sentenced to eight years in prison for embezzlement, fraud and money legalization.

Thus, Sberbank can defend, in fact, the structure of potential scammers who have simply not yet been charged. This is what Stanislav Kuznetsov, close to German Gref, "advertises." It is guided by the principle - if you want to be successful, think like a fraudster, or better - be it?

It turns out not very much yet. All successes in the field of repelling cyber attacks are presented as something grandiose, but misses can be intensely hidden. At least, according to the authors of the forklog website, the Anonymous group allegedly in one of its social media accounts in May this year announced that it had gained access to the Sberbank database. There was no reaction from the bank.

According to 2015 data, hackers stole more than 2 billion rubles from Sberbank customers. Moreover, the bank's ATMs can, as it turned out, be opened with a standard key, which was tested in 2021. This and a lot of other incidents make you think about how fair Kuznetsov's praise is. Could this simply be an attempt to justify multimillion-dollar spending on government contracts with the organization? 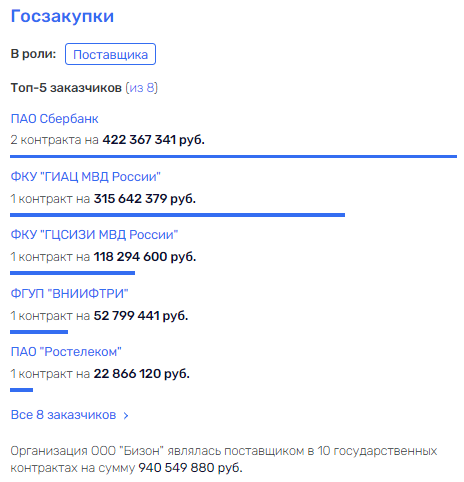 Gref and His Allegiances

Mr. Kuznetsov himself is not a person with the most crystalline reputation. Firstly, he was among those persons whom former State Duma deputy Akhmed Bilalov accused of threats and attempts to kill and raider. Other top managers of Sberbank, along with its head German Gref, also got on the same "board" with Kuznetsov.

It follows from Bilalov's lawsuit that this whole friendly company repeatedly offered him "in an amicable way" to give the ski resort in Sochi that belonged to him for nothing to oligarch Mikhail Gutseriev. And after the refusal, potentially related events began to occur: the fall of a helicopter with Bilalov, where he survived, the poisoning of the latter with mercury, after which he recovered for a long time in the hospital.

Bilalov's property was eventually taken away by Sberbank and Gutseriev, and the former official himself became a defendant in a criminal case due to violations related to activities and "cases of unreasonable spending on travel of the company's management to non-CIS countries using luxury elements," and moved abroad.

It is known that Kuznetsov previously worked in the structures of the Ministry of Internal Affairs, he also personally oversaw the construction of the Olympic facilities in Sochi, which became, so to speak, a defendant in the story with Bilalov. Was it not with the filing of Kuznetsov that a criminal case was opened against the latter?

According to the authors of the site "Russian Crime", allegedly Kuznetsov was one of the recipients of multimillion-dollar bribes from businessman Eduard Shifrin for lobbying for his projects in "Sberbank" and issuing loans for them. The latter may be directly involved in the withdrawal of money on the contracts of the Sberbank development structure Sberbank Capital. This was reported by Versiya. Surely Kuznetsov also got it? 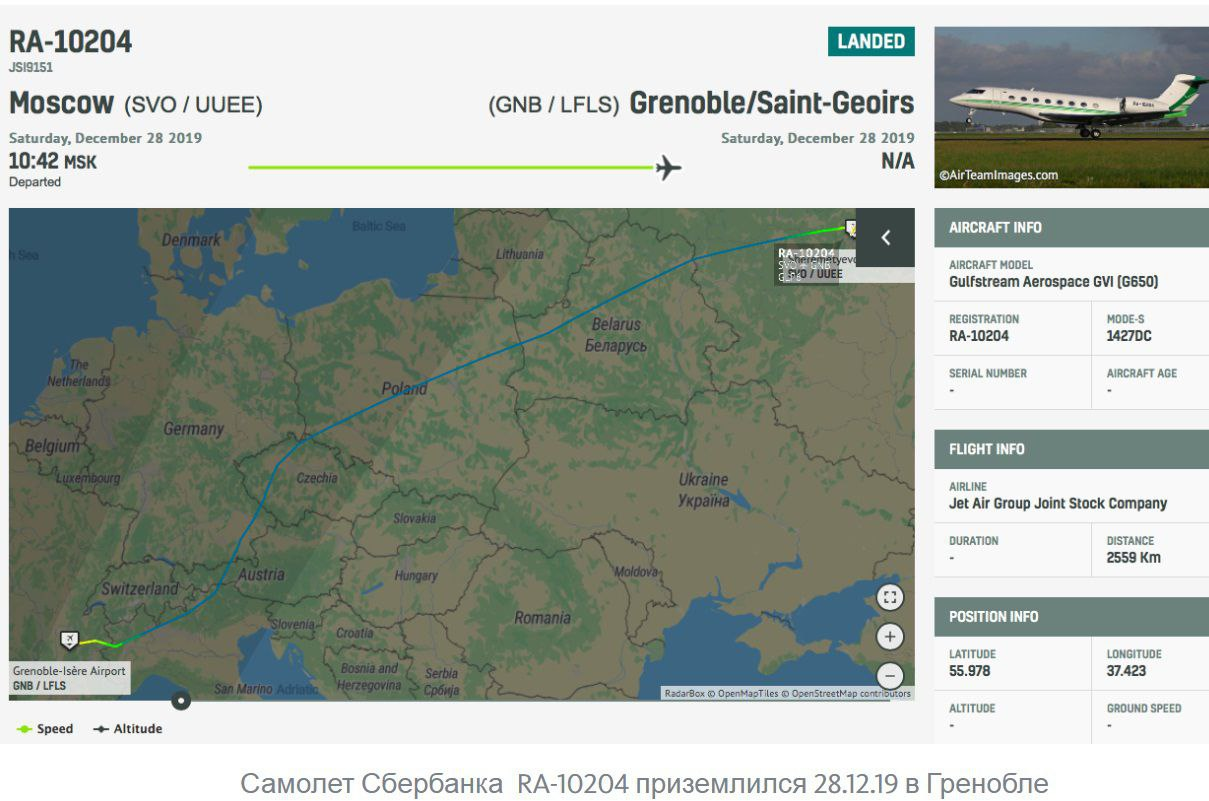 Isn't it with this money that Kuznetsov's daughters fly on Sberbank corporate aircraft to distant sunny countries? Фото: https://www.kompromatural.ru

At the same time, it was Kuznetsov who in 2019 directly publicly accused the leadership of the Altai Republic of "mastering money" at the Manzherok resort (Sberbank is an investor) instead of developing tourism and disrupting the tourist season. Something suggests that the vice president could try to push the blame for the mistakes (read - theft) of the bank against the former head of the Republic, Alexander Berdnikov.

Who is where, and we are from Sberbank

In the end, we have Kuznetsov, the coordinator of the Sberbank security unit, who may be related to raiding, murder attempts, withdrawal of money, his boss German Gref, who allows Kuznetsov all this, and the Bison structure "merged" close to Loko-Bank, Igor Shuvalov and Andrei Molchanov, which ensures the security of the largest state bank.

Looking at this whole friendly company, we have concerns not only about the quality of data protection, but also suspicions that at a similar price they can quite leak to the side through the controlling security system. The number of scammers since the beginning of the SVO has seriously increased, says Kuznetsov. We have a question: did you give birth to them?