Gordeev "signal" through the financier?

By the arrival of the deputy chairman of the State Duma in the once headed Voronezh region, according to rumors, they could prepare a kind of "surprise," "pushing" people close to him with their foreheads.

According to the correspondent of The Moscow Post, the Voronezh Department of the Investigative Committee of the Russian Federation (TFR) suspected financier Ilya Shepelev of trying to deceive the former vice mayor of the regional center Alexei Antilikatorov, who is now in the case of receiving a bribe. According to investigators, Shepelev proposed to mitigate the punishment of the ex-official, requesting 9 million rubles for this. The operatives took the financier red-handed when receiving 3 million rubles when he was in the house of Antilikatorov in the residential complex "Embankment Massalitinov, 48," which was built by the Novostroy group, close to the former construction vice mayor of Voronezh Viktor Vladimirov. Both Antilikatorov and Vladimirov are considered proteges of ex-governor Alexei Gordeev, who just on April 1 arrived on a working visit to his estate. The rumors regarded the situation with Shepelev only as a kind of warning for the former head of the region.

According to the investigation, Ilya Shepelev tried to deceive the ex-official, promising him first to achieve a mitigation of the preventive measure, and after that to contribute to the imposition of a milder punishment by personal connections among the judges of the Voronezh garrison court, who, in turn, will affect the judges of the Central District Court for remuneration, where the case of the ex-official will go. However, at a meeting of the two gentlemen, the Antilicator acted under the control of operatives.

Currently, Shepelev, who pleaded guilty to the acts incriminated to him, has determined a preventive measure in the form of a ban on certain actions - he cannot use communications and visit Antilikatorov's housing, and must also appear at the request of the investigator. For the article charged with him (fraud on an especially large scale), he received the softest possible preventive measure. Surprised by this, it feels, even the judge himself. "I have been working for 20 years and for the first time I see such a preventive measure when committing such an act, Kommersant reports the words of Judge Alexander Kuryanov.

But Shepelev can actually be a repeat offender - earlier he was already tried for illegal banking as part of an organized group with the extraction of income on an especially large scale. For what merits is such a "freeman"?

According to the authors of the telegram channel "Four Feathers", allegedly Shepelev may have very important information, which he agreed to share with the operatives. What if he knows much more about Antilikatorov than the investigation? Probably, this couple could be associated not only with this episode alone.

A logical question arises - how could these two characters cross at all? At one time, Antilikatorov was "promoted" by former Deputy Minister of Natural Resources Vladimir Loginov, who is considered close to State Duma Deputy Chairman Alexei Gordeev. The connection of this trio was previously told in detail by The Moscow Post.

Shepelev met with Antilikatorov not somewhere, but in a residential complex built by a company in which the former construction vice-mayor of Voronezh Viktor Vladimirov once worked. According to the authors of the portal "Four Feathers",  supposedly Vladimirov - "from architectural bandits of the era of the governorship of the vice speaker of the State Duma Alexei Gordeev." In 2017, Vladimirov resigned "on his own" from the post of head of the construction policy department of the city hall, his resignation coincided with public criticism of Governor Alexei Gordeev and the denunciation of the city administration in "architectural banditry" by the then head of Voronezh, Alexander Gusev. However, later, when the latter himself became governor, Vladimirov became vice mayor for urban planning. Did the Gordeev influence affect? 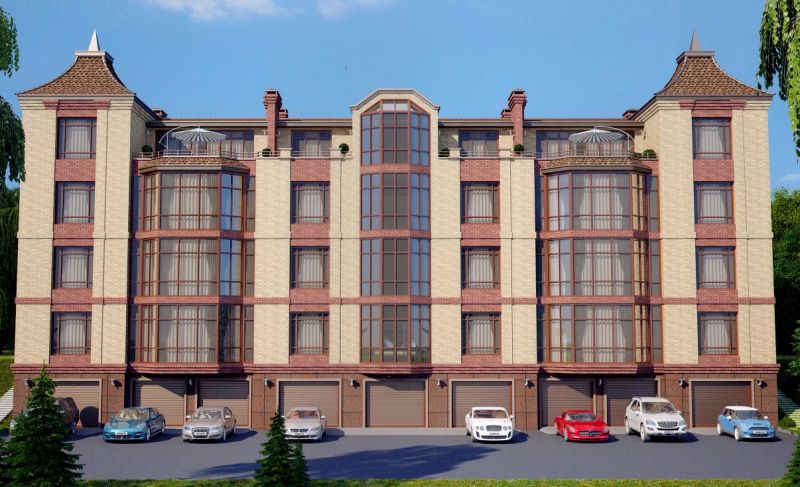 According to Abireg, at one time the details of issuing permits for the development of a number of residential buildings on the Massalitinov embankment, which Mr. Vladimirov issued to the structures of the Novostroy Group of Companies, in which he himself had previously acted as a founder, were revealed. A similar situation has developed with the project of a high-rise on Ostuzhev Street, the construction permit of which Vladimirov issued in record time (in three weeks) to once close structures.

Shepelev was also suspected by some of possible connections with Gordeev. The financier once headed the board of trustees of the Voronezh Jewish community and directly participated in the restoration of the Voronezh synagogue. The project was discussed at the level of Governor Gordeev, who later even appeared at the opening ceremony of a religious institution, as reported by Rossiyskaya Gazeta.

It turns out that the "strings" from everyone involved in the story with millions "to their advantage" lead directly to Mr. Gordeev. And the last, for a second, on January 1, arrived in the Voronezh region on a working visit, Shepelev was detained almost the day before - March 29. The detention on the eve of the arrival of someone in connection with Antilikatorov, whom the rumors called Gordeev's "understudy" in the youth government of the Voronezh region, can be interpreted as a signal that they do not really want to see the State Duma vice speaker here.

The fact that Mr. Shepelev can really be on a "special" account is eloquently indicated by his ambiguous biography. As Kommersant reported, in 2018 he received two years probation for illegal banking. The punishment, frankly, is mild, given that he seized about 45 million rubles by criminal means. And in early 2020, his criminal record was removed "in connection with the correction of the convict." What to say, it can be seen how he "corrected"...

"Shepelev himself then assured that he was only an assistant, and in the end he even became a victim of another suspect - Voronezh businessman Ilya Lisunov, who left Russia. As the investigation found out, Shepelev, being the managing partner of the Russian Financial Alliance (RFA), Tatagroprombank and Industrial Savings Bank, carried out illegal banking activities without registration and special permission with the aim of illegally cashing out funds and transit them for the benefit of third parties. At the same time, he removed money masses from state control. However, the financier stood on his own - they say, he himself even had to pay money on a loan taken by Liksunov at Tatagroprombank.

By the way, about the credit organizations that "lit up" in that case - now only the Industrial Savings Bank remained "afloat," which the Russian financial regulator was once interested in, because, as stated on the sidelines, the bank's shareholders allegedly could engage in arms trade. Earlier, The Moscow Post wrote in detail about this.

Tatagroprombank is also associated with the figure of the former president of Tatfondbank Robert Musin, who is now accused of billions of thefts. According to the Central Bank, Tatagroprombank regularly financed credit organizations that are part of the "informal banking group headed by Tatfondbank PJSC."

A major shareholder of the third financial institution - the Russian Financial Alliance - was the ex-president of Kalmykia, Kirsan Ilyumzhinov. The Central Bank revoked the license from the bank, since it was unable to timely fulfill obligations to creditors. It was said that this situation could be associated with a long-standing conflict between Dmitry Mazepin and Sergey and Vladimir Makhlaev for Togliattiazot. The latter just intended to buy Ilyumzhinov and even managed to become president of the company, but by "de-energizing" the credit institution, Mazepin could thus interfere with his plans.

What to say, Shepelev collaborated with interesting companies - for each there is something "like that"! However, all this did not prevent the financier from continuing his career in the future. In particular, he is now the first deputy chairman of the board of the Federal Banking Union. As indicated on the company's website, it cooperates with many Russian banks, including Bank of Russia, Uralsib, Alfa Bank, Promsvyazbank and others. And no one is embarrassed that in the "top" of the organization is a character with such an ambiguous backstory? 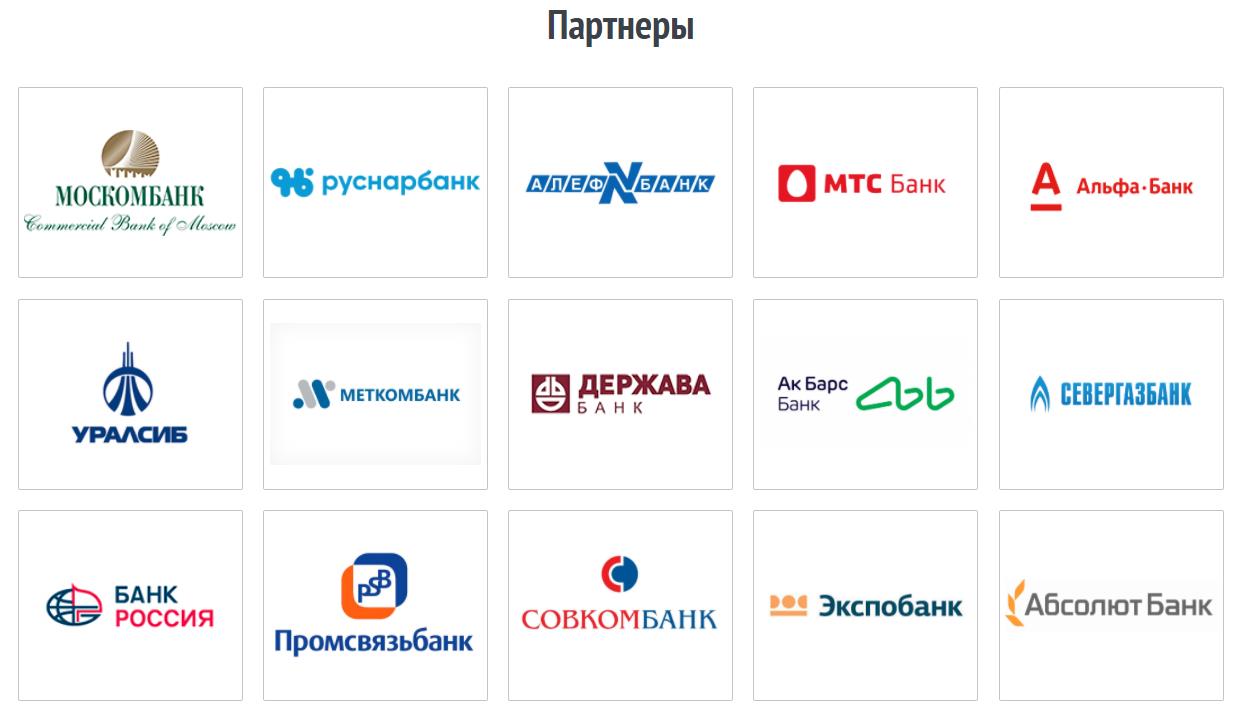 It seems that Shepelev could deliberately "clean up" information about himself in open sources - so little of it. In return, it seems from the outside, he could fill the Internet with positive information about his person. Let us give you just a few examples. In March 2019, at the Forum of Smart People, a certain Alina Zasypkina praised him for participating in the construction of a memorial in Ramoni and a monument to Voronezh pilots at school No. 102 in the city of Voronezh. 2 years ago, on the Picabu website, a user coldFilatov notes the participation of a financier in the military-patriotic movement of Voronezh. Also in March 2019, a positive review of him appears on the Ru-otzyv website, which was left by someone Yuri Efimovich Segal. And - this is a coincidence! - exactly the same name from the former chairman of the board of the Voronezh Jewish community, which, as we know, Shepelev actively supported.

It will be very interesting to observe how the story with Antilikatorov and Shepelev, whom someone could deliberately "push their foreheads" to allegedly present a kind of sign to Gordeev, will be further "promoted." It seems that the financier will be able to get off with little blood - he already received the most lenient preventive measure, and his lawyer is already asking not to introduce a ban on the use of communications. And everyone seemed to forget that he had previously been tried, and according to a completely "non-child article."