The influential police Colonel-General Nikolay Golovkin may work in the inner circle of God Nisanov. He left the Ministry of Internal Affairs after loud scandals about the "protection" of the gambling business and "werewolves in uniform".

As the correspondent of The Moscow Post reports, the network has interesting information to think about. According to the authors of the Proekt.Media website, allegedly scandalous oligarch, owner of the Kievskaya Ploshchad GC and many covered shopping centres in Moscow, God Nisanov the ex-assistant hired the head of the Ministry of Internal Affairs of the Russian Federation Nikolay Golovkin to work in the security service.

The presence of people from the inner circle of the head of the country's Police Department means a lot. God Nisanov, as well as his partner in the Kievskaya Ploshchad Zarakh Iliev are among the richest and most powerful entrepreneurs in Russia. They are called the "kings of Russian real estate", Nisanov is the most successful rentier in Russia with a fortune of $2.7 billion.

His activities are invariably accompanied by scandals, last year security forces came to Nisanov's markets, a former partner accused him of raiding his development business, but law enforcement officers never had any complaints or even questions to the God Nisanov himself.

Thus, not a single appeal of the ex-partner Ilgar Hajiyev and his SDI Group to all instances, including the Ministry of Internal Affairs under the leadership of Kolokoltsev, did not lead to a result. Moreover, the attack went towards Hajiyev himself - a criminal case on fraud was opened against him. Even before that, he left the country, fearing for his life. Some suspicious skew - Hajiyev was "aroused", and his own appeals with facts, video of the "visit" to the company of thugs, telephone conversations, and everything else remains without attention.

But Golovkin may not be the oligarch's only connection to the security forces. As the authors of the Rosotkat project state, allegedly to Nisanov hired former head of the Department of Internal Affairs for the Western Administrative District Andrey Puchkov for the position of Director of Shchelkovo bus station of the capital. But the position is formal – as if in fact he began to lead the security service of most of the oligarch's business empire, including the Europeiskiy shopping centre. So Nisanov may have two police generals in his service at once.

Also, the public has long known that a relative of the God Nisanov, Oleg Yusupov, actively conducts business with the son of the Interior Minister Alexander Kolokoltsev. Together they own the Il Forno restaurant company. In addition, Yusupov is a co-owner of a number of companies doing business with the Kievskaya Ploshchad Group, as Vedomosti wrote. 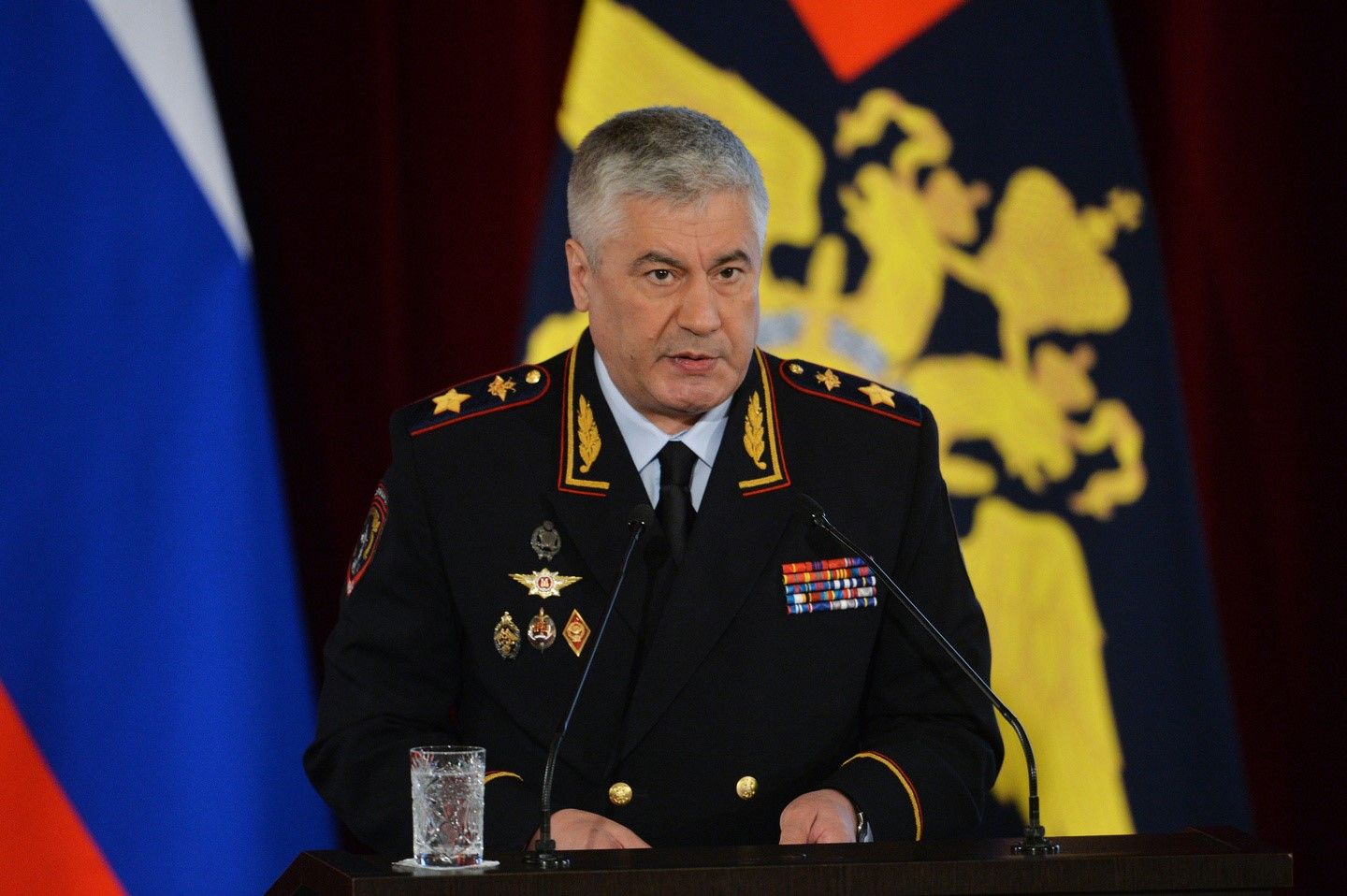 Another "thread" from Nisanov to the Ministry of Internal Affairs is the former head of the Moscow Police Department, Vladimir Pronin. According to the authors of the Proekt.Media website, allegedly he appeared in Nisanov's inner circle as one of the first security officers. The website states that his son was allegedly hired by the Imperial-2000 company, which is part of the Kievskaya Ploshchad. But in 2009, Pronin Sr. was dismissed from the authorities, and his influence on Nisanov should have fallen.

Was Pronin's place taken by Nikolay Golovkin, who, allegedly, could get a job with Nisanov? In this case, his appearance in the Kievskaya Ploshchad is very significant. The fact is that in the past, detractors have attributed Golovkin's possible involvement in what they considered as unfriendly takeovers in the city of Stupino, Moscow Region.

Who is Mr. Golovkin?

Nikolay Golovkin is a well-known personality, he is a repeated hero of our past publications. But at some time, he, as they say, went into the shadows, and surfaced only now. In 2011-2014, he worked as the head of the Moscow Region Police Department, a very, very serious position. Just at this time, God Nisanov and Zarakh Iliev were actively working on their delopment business.

In 2013, Golovkin leaves his post - Vladimir Putin dismissed him by his order. At the same time, Golovkin left against the background of a loud scandal with "werewolves in uniform" in Lyubertsy, Moscow region, which functioned perfectly during Golovkin's leadership in the Police Department. According to the victims of the police actions, the employees of the Department of Internal Affairs of Lyubertsy made extortion and fabrication of criminal cases regular. The Izvestiya newspaper wrote about the scandal.

In addition, according to the authors of the Newsvo website, allegedly the dismissal of Golovkin was preceded by a comprehensive check of the Police Department, which may be related to the case of "werewolves". During the audit, the auditors assessed the work of the Moscow region central board as "satisfactory", and several divisions received "failure". After that, Golovkin allegedly said that he was resigning "because of fatigue."

Among other high-profile cases of the years of his leadership is the sensational story about the "protection" of casinos in Moscow region. There were rumours that Golovkin could be involved in this, and he even went through the case, but as a witness. Argumenty Nedeli wrote about the fact that he gave evidence. He then told the publication that a planned PR campaign was being conducted against him. As we know, no one has proven Golovkin's involvement in this case.

Though all this is nothing compared to the rumours that Golovkin could take part in possible raider seizures of Moscow region lands and enterprises. His name was mentioned in the context of the scandal with the fate of the Stupinsky Metallurgical Company (CMK), Moscow region. 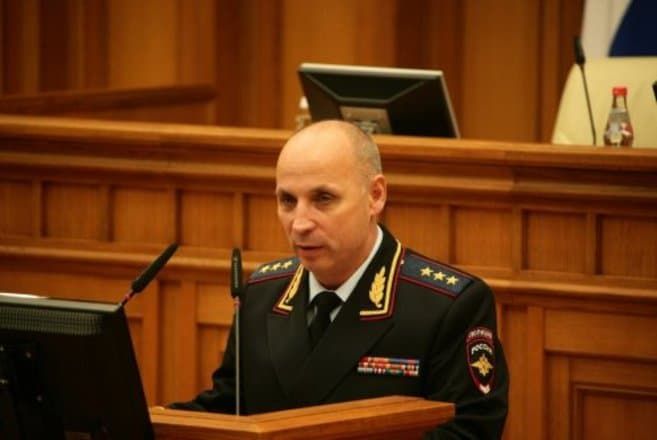 Golovkin was considered one of the most influential police officers, but left the Interior Ministry with a scandal

The scandal occurred in 2004, when 200 employees of the Radon private security company broke into CMK, and the former police and riot police, which could be called by the company's employees, allegedly did not take action to protect them. The commander of the police was allegedly an employee of the Moscow Police Department Oleg Sudakov, who could be closely related to Nikolay Golovkin.

According to rumours, the police could even accompany PSE employees for a fee, and Nikolay Golovkin himself could coordinate these actions. Meanwhile, later Oleg Sudakov, who, in addition to the Moscow region police, worked in the Federal Penitentiary Service, was arrested in the very case of "protecting" the gambling business. Kommersant wrote about this.

Wasn't General Golovkin himself on them? And if he was not - how could he not know about what his subordinate was doing in his office in the Police Department building, which was located next to the chief's office? Later, there were rumours that Sudakov had fake IDs of three Russian special services, and was not officially employed in the Ministry of Internal Affairs. It is rumoured that after Sudakov's arrest, Golovkin was interrogated for several hours by the Investigative Committee.

And these are not the only scandals where Golovkin's name appeared. There was also the story of the redistribution of land of Moscow region, and many others, but even this fact alone would be enough to dismiss such a person out of the system. But Kolokoltsev, who took Golovkin as assistant, did not dismiss him. And Nisanov, possibly, would have welcome them with open arms.

With such connections of Nisanov, people in Moscow continue to wonder why the oligarch's markets are not  put in order, why his Kievskaya Ploshchad immediately appears where there is a smell of profit and with all the claims, nothing, as they say, sticks to it"? If you have friends in the leadership of the Ministry of Internal Affairs, and the former assistant to the head of the Police Department will be in charge of security in your markets, then there is nothing to be afraid of.