Gold rush: UMMC will "bite" Petropavlovsk, but Strukov is still in the black?

While Gazprombank, UMMC and Region share Petropavlovsk, Konstantin Strukov could withdraw his funds through the "mining" structure.

According to the correspondent of The Moscow Post in the Sverdlovsk region, the UMMC-Invest company (part of the UMMC, previously owned by Iskander Makhmudov and Andrei Kozitsyn) received the right to collect debts from the gold mining company Petropavlovsk (Petropavlovsk) in the amount of $200 million (taken by the structure earlier in Gazprombank). This was reported on the Petropavlovsk website.

Considering that just a month and a half ago, the Region Group of Companies of billionaire Sergei Sudarikov acquired 29.2% of Petropavlovsk, presumably owned by Konstantin Strukov, yesterday's event may mean that UMMC is not determined to cede leadership in gold mining to anyone.

Meanwhile, the main beneficiary of the Petropavlovsk Group of Companies, Konstantin Strukov, can clean up his affairs under the guise and withdraw the group's funds through mining structures...

It is worth noting that in mid-March, as Kommersant writes, Iskander Makhmudov left the controlling beneficiaries of the UMMC, but is unlikely to have completely retired from its affairs. Rather, on the contrary, the idea of ​ ​ strengthening the UMMC's position through gold mining as a kind of "compensation for moral damage" may belong to him. True, for this he needed to cross the road to Sergei Sudarikov and his GC "Region," behind which the silhouette of Igor Sechin "looms."

As follows from the explanations on the Petropavlovsk website, the company received a notification from UMMC-Invest that the latter is the successor to the term loan, as well as that GPB transferred all rights to the term loan and the relevant financial documents to UMMC.

Meanwhile, when Petropavlovsk decided to publicize the details of the background of the current situation, some of the important information remained outside the framework of the official message. 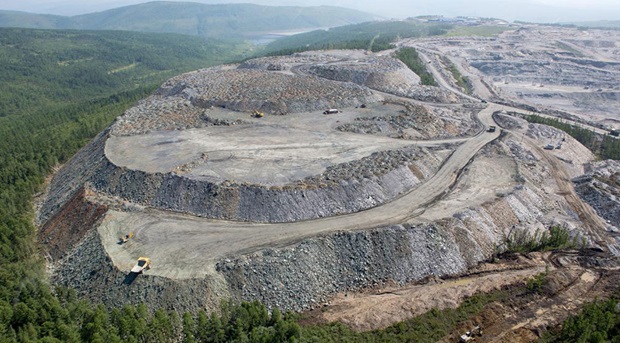 At the end of March this year, Petropavlovsk, registered in Britain and one of the five largest gold miners in Russia, reported that due to the inclusion of Gazprombank in the British sanctions list, it was deprived of the opportunity to pay off loans.

At the same time, Gazprombank was at that time the largest creditor of Petropavlovsk. Sanctions restrictions no longer allowed the company to make two payments - March 25 for $560 thousand and March 28 for $9.5 million. The company has previously indicated that the current situation also complicates the maintenance of Eurobonds.

A week ago, it was reported that Petropavlovsk is considering selling assets due to anti-Russian sanctions, but now the company's lawyers have a different task. The press release notes that the company, together with consultants, "is studying the possible consequences of this notice."

UMMC does not sleep

Thus, UMMC has seized the right moment in order to intervene in the situation and "take a bite" from Petropavlovsk. According to Vedomosti, according to the terms of the loans, Gazprombank also acquired 100% of the gold mined by the structure.

The main area of ​ ​ work of UMMC is the production of copper, zinc and coal. UMMC does not disclose the volume of gold mining. In 2017, its general director and co-owner Andrei Kozitsyn told TASS that production is more than 10 tons per year (352,700 ounces). 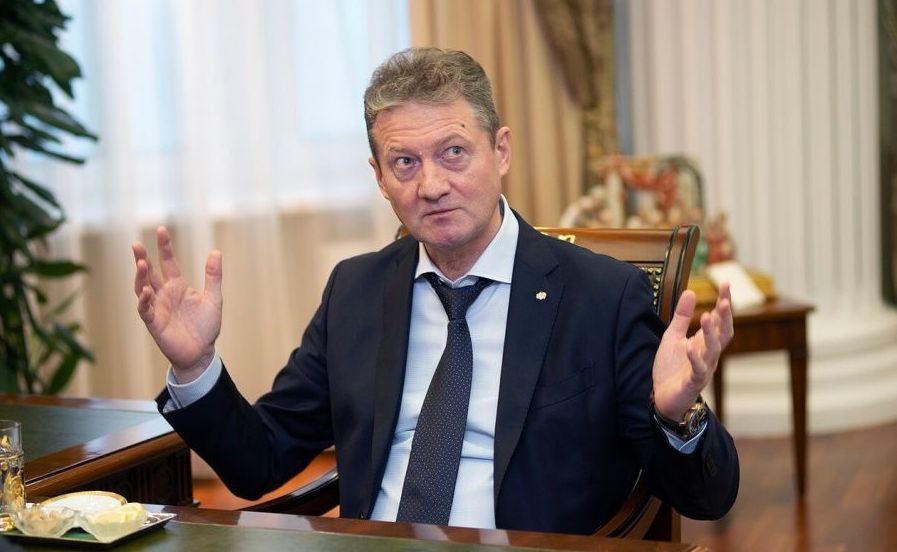 The ambitions of Andrei Kozitsyn (pictured) and his companion Iskander Makhmudov make it possible to dream of leadership in gold mining. Photo: rbc.ru

Recall that UMMC is trying in every possible way to avoid Western sanctions, for which Iskander Makhmudov and his business partner Andrei Bokarev recently ceased to be controlling beneficiaries of UMMC OJSC and a number of other assets. Experts do not exclude that the changes are associated with the risk of possible sanctions against businessmen. At the same time, it is clear that Makhmudov's opinion did not cease to have weight in solving issues important for the UMMC.

We add that Iskander Makhmudov and Andrei Bokarev, as Forbes noted, were recognized from year to year as almost "kings of government orders" thanks to the activities of Transmashholding and their hypothetical "patrons" from the Moscow mayor's office.

... And now, while the UMMC is trying to distance itself from the sanctions, its owners, apparently, decided not to waste time and take on Petropavlovsk. In addition to the "golden" prospects, Petropavlovsk is also attractive for UMMC in that its possible takeover will open access to the Pokrovsky Autoclave and Hydrometallurgical Plant. This will allow UMMC to make money on processing third-party ores.

Hustle and bustle around Petropavlovsk

According to Vedomosti, earlier the managing director of the NRA rating service, Sergei Grishunin, estimated the entire Petropavlovsk at $120-150 million.

Although the company is registered in the UK, all its production assets are located in Russia, mainly in the Amur Region. The main ones are the three mining enterprises Pioneer, Malomyr, Albyn and the Pokrovsky Autoclave and Hydrometallurgical Plant. In 2021, the company cut gold production by 18% to 449,800 troy ounces. 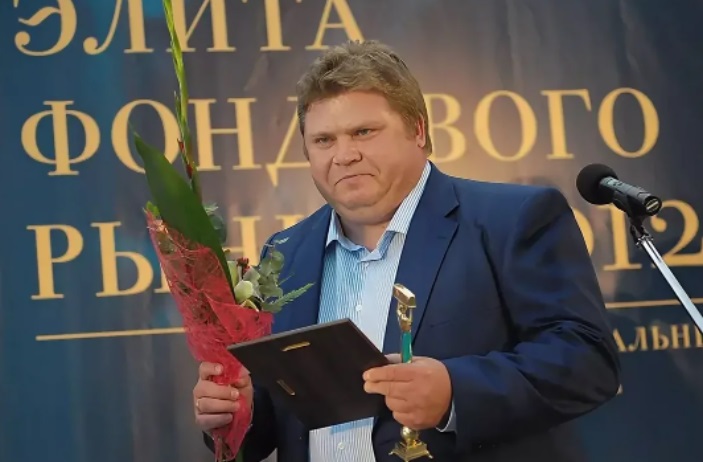 Sergei Sudarikov has long considered himself part of the elite of Russian business. Photo: forbes.ru

Strukov's company acquired a stake in Petropavlovsk in February 2020 from Roman Trotsenko, supplementing it with shares in free float. And already in June 2020, a corporate conflict broke out in the company. Yuzhuralzoloto, along with other shareholders - Slevin and Everest funds.

Even then, The Moscow Post suggested that Petropavlovsk could be subject to an ordinary raider seizure.

As a result, the founder of Petropavlovsk, ex-senator from the Amur Region Pavel Maslovsky left the post of general director of the company and the board of directors of the structure. According to him, the results of the shareholder meeting were "directed" in advance. RBC wrote about this.

Now Maslovsky is under investigation - he is suspected of involvement in a possible fraud - the theft of funds of Pokrovsky Rudnik JSC. Until now, there are rumors that the criminal case may be fake - at least it hypothetically could be beneficial to Strukov in order to rein in former company leaders who have great influence on the team.

Meanwhile, it seems that Petropavlovsk did not go to Strukov for future use. As a result, in early March of this year, Sergey Sudarikov's Region group of companies bought out a 29.18% stake in Petropavlovsk. It was not specified which specific share was discussed, but it is known that Strukov's share was just that. Earlier, Kommersant reported that it had information about Strukov's desire to sell his stake.

On the one hand, against the background of a difficult geopolitical situation, gold prices are now rising, while Petropavlovsk shares have fallen sharply in price over the past two years, so it cannot be ruled out that Region could consider this transaction as a long-term investment. On the other hand, interference in the UMMC process will surely require Sudarikov to respond.

Mining to the point

The Moscow Post previously expressed the version that, perhaps, Strukov was not originally going to return debts to Gazprom and intended to "reset" the company after he could earn extra money on it. And the sale of the package to "Region" fits well with this version.

However, Sudarikov's benefit is incomprehensible in this case - why would he buy a company on which such obligations are? However, given his proximity to Igor Sechin and other influential people, Sudarikov himself may not have been asked.

Recall, as Vedomosti reported, Sergei Sudarikov is the head in 5 organizations, including the Rossium concern and MKB capital, owned by the owner of the Moscow Credit Bank (MKB) Roman Avdeev. At the same time, MKB is called almost the base bank for Rosneft structures. 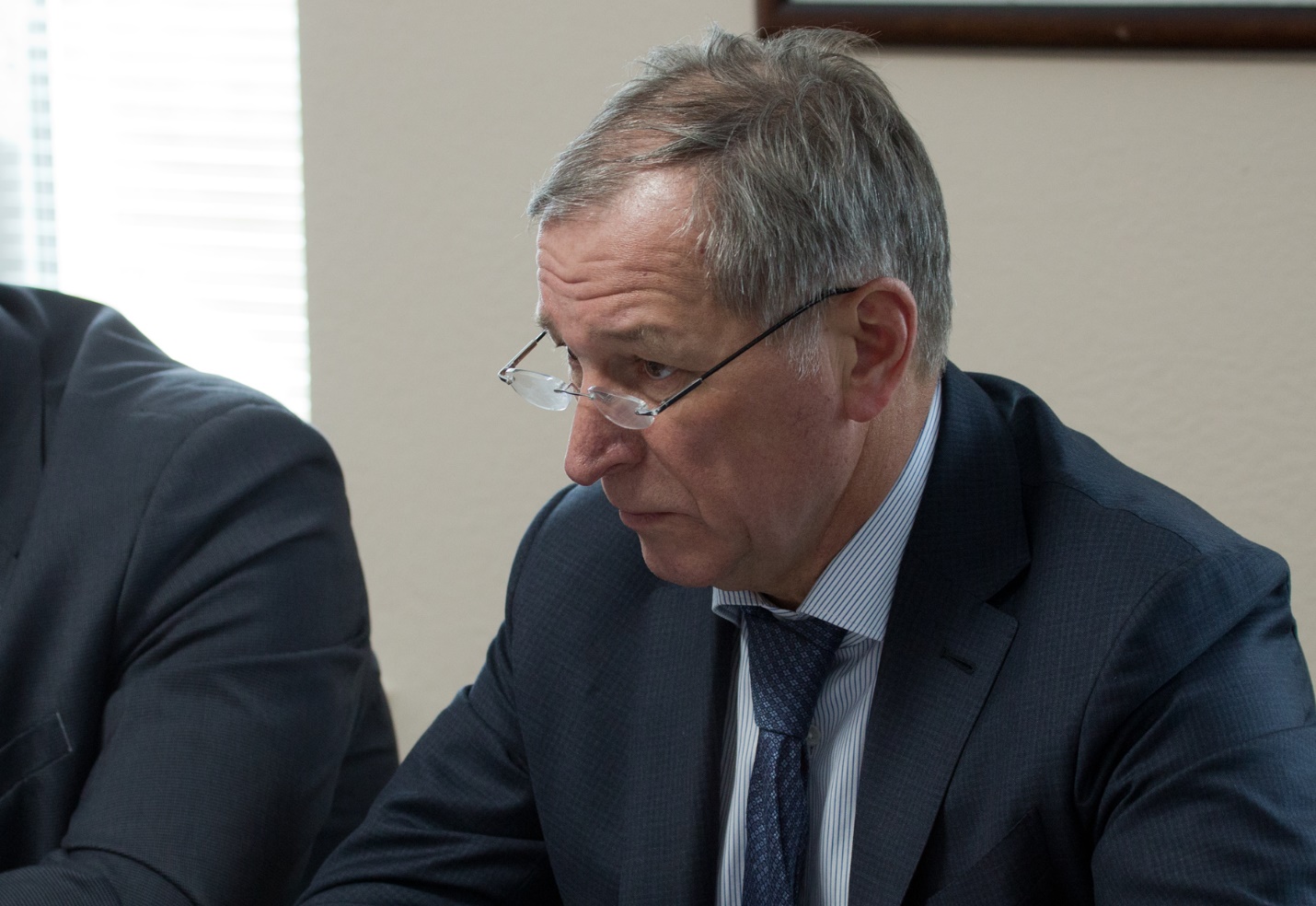 There is another secret part related to mining in this story, the mention of which is not the first time found among companies associated with Strukov's gold mining business.

Firstly, his partner in Kuzbassmetal, Vitaly Gorshkov, is related to Mining Prime LLC - relatively small money, amounting to hundreds of thousands, was "spinning" there, but it is also not clear how they ended up inside the company with an authorized capital of 18 thousand rubles.

In addition, the subsidiary of IRC Limited, to which Strukov is related, Petropavlovsk - Black Metallurgy, is known for its interests in the cryptocurrency market. The company is owned by Cyprus-based Braznose Services Limited. The same company is managed by Uralmining LLC, which is extremely interesting.

The fact is that it is not completely clear what Uralmining is doing. There is speculation that it may be related to cryptocurrency mining. Now in the finances of the company - continuous losses. However, reporting in the structure can "draw."

Meanwhile, the founder of the structure did not change, it did not leave Sudarikova, and should have remained in the contour of Konstantin Strukov. At the same time, Uralmining, according to Rusprofile, has clear signs of fictitiousness, its authorized capital is only 11 thousand, the cost and profit have long gone to profit.

So if the assumptions about a possible withdrawal of funds from Petropavlovsk turn out to be correct, then it may turn out to be the very stream through which Strukov could presumably withdraw funds.

However, it seems that this is now a headache for UMMC lawyers.