The "disgraced" businessman gave an exclusive interview to The Moscow Post.

The "harassment" of businessman Ilgar Gadzhiev continues. May its customer be the co-owner of "Kievskaya Ploshchad" God Nisanov?

This week, a new portion of negative materials about Ilgar Gadzhiev has appeared. Oleg Lurie accused the businessman of embezzlement, told about the criminal cases brought against him and links with the opposition in his blog in "LJ". Some mass media, Internet publications and telegram channels published Oleg Lurie’s opuses or materials based on them. All this looks like a well-planned custom campaign against Ilgar Gadzhiev.

A correspondent of The Moscow Post  contacted the businessman and tried to find out his position in relation to the new round of charges.

- You are called Ostap Bender in some materials posted on the Internet. Who do you think You are?

- I consider myself an injured party, a person who was deprived of not only a business, but also my brainchild, which I raised from scratch, during the crisis in Russia. Having created a large construction company and providing the only income for several hundred of its employees, I faced a raider seizure, after which everything collapsed. So now, I am a Crusader who is ready to fight those who did it.

- What do you associate with the appearance of "revealing" materials about You in Russia?

- All this is done by God Nisanov and his associates, in order to veil their illegal actions, discredit me and confuse everyone in this information mess, so that they can continue to do their illegal deeds with impunity. A new stream of allegedly revealing materials is associated with the launch of the "Centre for business transparency and countering corporate raids in Russia". In an attempt to discredit the Centre's activities, it began to be associated with the political opposition, which the Centre has nothing to do with.

- According to Oleg Lurie, You received $10 million from an unknown Azerbaijani businessman during the beginning of February 2016 to March 22, 2017. Who is it?

- First of all, I want to say that according to information from open sources and the media, Oleg Lurie was convicted of fraud. This sentence was appealed by Lurie and his guilt was confirmed by the ruling of the court of appeal. In this regard, all the publications of Oleg Lurie should be taken critically. In turn, I do not know anything about the alleged transfer of funds to me, because this simply did not happen. This is another fiction of my detractors, in order to accuse me of far-fetched acts, in order to deprive me of the opportunity to protect my violated rights. There were publications in media before that the money was allegedly transferred to me by Vladislav Yusupov at the airport, but there is no confirmation, either from Yusupov himself or from law enforcement agencies. Pure nonsense!!!

- They write that the General Directorate for Combiting Organised Crime of the Ministry of Internal Affairs of Azerbaijan opened a criminal case under article 178.3.2 of the Criminal Code of the Republic of Azerbaijan on June 4, 2019. Did it happen?

- I do not know anything about this criminal case. I will say once again that this is an attempt of my opponents to take me out of the fight for my property, which was taken away by them.

- Lurie writes that on December 11, 2019, a criminal case on the theft of objects from LTD "ComfortInvest" was opened in Russia, and on December 25, 2019, he was recognized as the injured party. What do You have to do with this and how many criminal cases are You involved in? You are accused of fraud with the non-payment of concrete for 430 million rubles by your structures, as a result of which criminal case No. 11901450007000404 was opened in Moscow. A brutal beating of a citizen Indreev with a traumatic brain injury in Moscow, after which criminal case No. 1180145009800238 was also opened, and You were declared a Federal wanted person."

– I also do not know anything about these criminal cases. There is not a single documented fact of fraud on my part, as well as nothing proved my guilt in causing bodily harm to anyone. The events reflected by Lurie allegedly took place in the beginning of 2018. Until the takeover of my company, I was openly in Russia during all the time until the beginning of 2019, and I had no complaints from law enforcement agencies. In particular, my company had contracts for the supply of concrete, but firstly, these contracts were secured by my personal property, which was pledged as security for the obligations under these contracts, and secondly, within the framework of these contracts, civil litigation took place and these issues are resolved in the civil legal field.

- If God Nisanov can be the customer of negative information about You then who pays for positive information? Oleg Lurie names "Open Russia", Mikhail Khodorkovsky. Do you know him?"

- I am not familiar with Mikhail Khodorkovsky and I had no common business with him. In my opinion, God Nisanov and his subordinates want to link me to the political opposition, which I have nothing to do with. Neither Khodorkovsky nor Open Russia has ever sponsored any publications in my defense. All publications are based on real facts and evidence supported by a variety of video and audio files published on the Internet, as well as other documentary evidence. I did not pay journalists. There is no need to pay for honest journalism, because the truth will always come out.

-There is a video posted on network about the capture of Ilgar Gadzhiev’s company office.

– Is Igor Bitkov, who is allegedly accused in Russia of embezzling 6 billion rubles listed on your website of the "Centre for business transparency and countering corporate raids in Russia" in the "about us" section? Lurie writes about the criminal trio "Gadzhiev-Bitkov-Browder". Do you know William Browder?

- "I don't know Browder at all. I started my activity in Russia in 2013 and until recently, I could not be acquainted with Igor Bitkov. I found out about him after he addressed his problem to the Center for business transparency and countering corporate raids in Russia. We decided to use the experience of Igor Bitkov and share it with other people who faced similar problems. There are hundreds of such people, and Lurie's speculations are based on fictions in order to discredit me.

- How many companies do You currently own in Russia, what is their financial status, and who is currently managing them?

- Legally, I own companies as part of SDI groups, but in fact, the head office and construction sites were taken over by associates of God Nisanov, so I was deprived of the leadership of the developer companies.

- Have you applied to any authorities with a statement about the raiding of Your companies?

- I have already applied for over two dozen appeals, applications and complaints beginning with the President of the Russian Federation, prosecutors, the FBI, the ICR and all the Interior Ministry instances. I also repeatedly wrote to all the Supervisory authorities about the trouble of hundreds of my employees who were left without jobs and means of subsistence. I have been trying for about a year to achieve the truth in the state and judicial bodies of Russia, but I have not yet succeeded in breaking through the wall of official indifference. For this reason, I organized the "Centre for business transparency and countering corporate raids in Russia". I hope that with the help of the Centre, I and the same affected people will be able to convey reliable information to the first persons leading the country, which will allow us to achieve justice and truth in Russia. 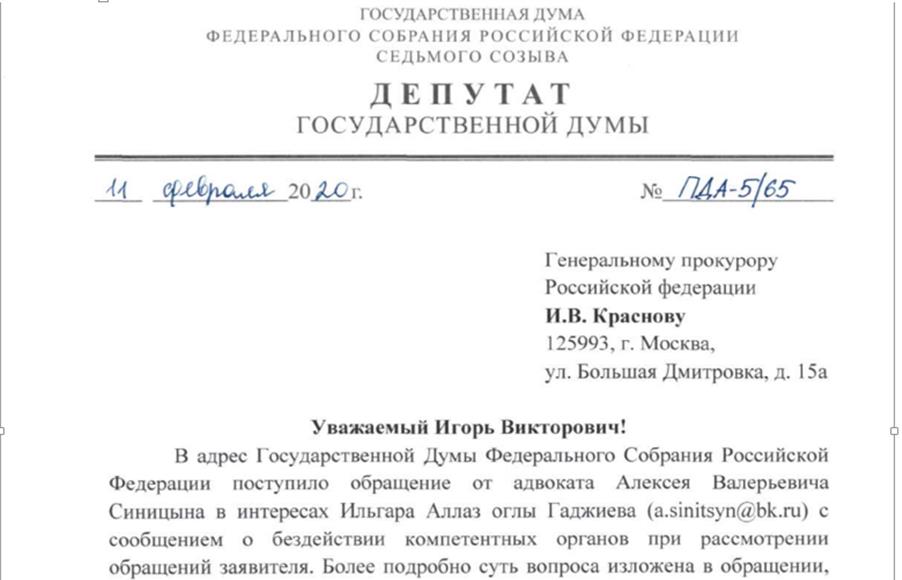 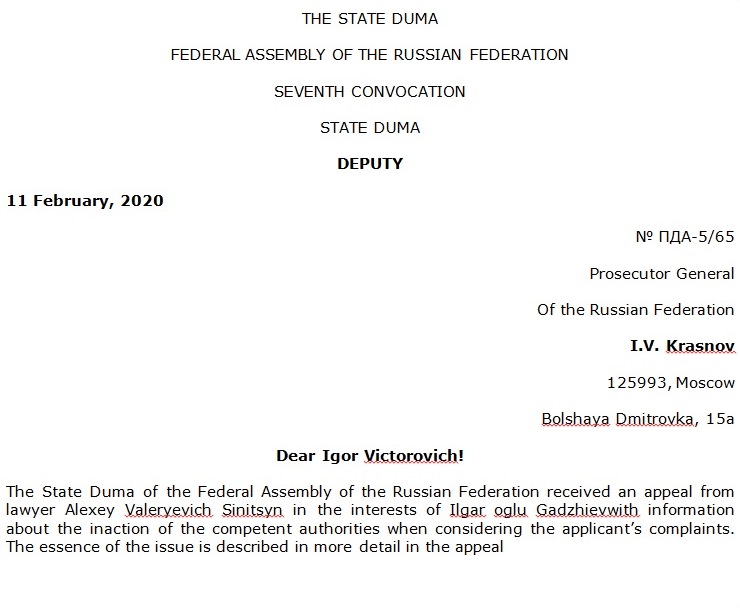 - Who supports You in Russia and what do you hope for? Are You finally destined for the fate of a self-imposed exile?

- I hope that in the course of my struggle, I will be able to achieve a fair solution to my problem, after which I and my employees will be able to restore the working activities of our companies in the near future. Now, meetings are being organized in Brussels with EU parliamentarians, in London with members of Parliament and in Washington with congressional representatives.