"Ghost" Potanin, frightened America: behind the oligarch can pull Klishas and Pepelyaev

Vladimir Potanin's assets are under threat due to US interest. Andrei Klishas and lawyer Pepelyaev may follow him.

The United States is preparing sanctions against the head of Norilsk Nickel, Vladimir Potanin. It was proposed to include in the corresponding "black list" Potanin's wife Ekaterina, the assets of the Interros holding and Rosbank belonging to him, but Norilsk Nickel itself is bypassed.

However, other assets of the oligarch, including the same Norilsk Nickel, still risk being threatened amid talk of their origin. "Hook" may, among other things, one of Potanin's main partners, Senator Andrei Klishas. Details in the material of the correspondent of The Moscow Post.

Potanin received Norilsk Nickel in the early 2000s through a chain of transactions in which the current Federation Council senator Andrei Klishas seriously helped him. The latter came to work "under the wing" to Potanin in 1997 as deputy head of the legal department of Onexim Bank, which was then still managed by the oligarch. Subsequently, he led the legal department of Interros, was president of Norilsk Nickel, and accompanied the so-called privatization of the latter in the hands of Mr. Potanin. In general, he oversaw the legal issues of many extremely interesting transactions, as a result of which Norilsk Nickel now belongs to Interros.

We told this story in detail.

According to Kommersant, Interros's obvious interest in what was happening could be the reason for filing a lawsuit from the Association for the Protection of Investor Rights.

Offshore secrets of the "favorite" Klishas and moreover here Potanin

By the way, Mr. Klishas helped Potanin during the division of assets by Potanin and another oligarch Mikhail Prokhorov. The latter was not tired of the amount offered by Potanin as a payment. The conflict lasted for several years and grew with a lot of scandals. In particular, the partners could not agree on who and on what conditions the Folletina Trading managed by Klishas would get, which ultimately caused its liquidation. We assume that with this prior asset withdrawal in favor of, rather, Mr. Potanin.

Before Potanin, Klishas worked at the RFBR. According to rumors, he got there thanks to a close relationship with the son of his former scientific adviser Eduard Eremyan. 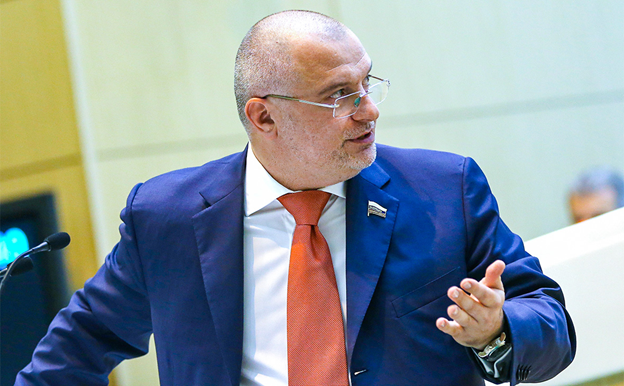 The latter headed the now liquidated Vneshtorgles company, which took an active part in the creation of the business empire of Vladimir Potanin. From 1999 to 2001, she was one of the largest shareholders of RAO Norilsk Nickel, owning almost 8% of its shares.

At the moment, Yeremyan is listed as the head and founder of a mass of large companies that are engaged in real estate and are related to offshore companies. For example, Russian Tradition LLC is 100% owned by the British GREAHUNG UNITED S.A.

By the way, according to rumors, at present Eduard Eremyan, through offshore companies of the British Virgin Islands (BVI), allegedly owns and manages firms where numerous real estate and assets of Andrei Klishas are hidden, estimated at approximately $250 million dollars.

I wonder what awaits Norilsk Nickel if America is closely engaged in the privatization of the enterprise? It seems that the world's largest producer of palladium risks running into no less severe restrictions. And this is the minimum. The apotheosis of everything can be the accusation of toritsa Potanin, Klishas and Yeremyan of fraud on an especially large scale.

In the years preceding the redistribution of Norilsk Nickel, Potanin worked closely with another interesting entrepreneur - an American citizen Boris Jordan - the head of the IFC-Renaissance group. With his help, Potanin reconstructed Onexim Bank, combining (in fact, draining) it into IFC-Renaissance. The latter soon, as they say, "bent."

In addition, Jordan and Potanin made numerous transactions with foreign investors. In particular, they almost gave the American First Boston the authority to manage RAO UES (a Russian energy company that existed in 1992-2008. Monopolist in the generation and energy transportation market of Russia. The company combined almost all Russian energy). In 1996, Potanin, as First Deputy Prime Minister, decided to put up 8.5 percent of it for sale. The deal was outplayed in time by the management of RAO UES, which explained in time that First Boston already owns about 20% of UES shares.

But let's return to the citizens of our country. Namely - to Mr. Eremyan. At the moment, he is related to several more legal companies potentially associated with the managing partner of the Pepeliaev Group law firm Sergei Pepelyaev, earning millions in legal costs and government contracts, despite the mass of business scandals of Mr. Pepelyaev. And, by the way, those who sued, including The Moscow Post, for the honor of American citizen James Dwyer.

The possible connection between Pepeyalev and Yeremyan, and therefore potentially Klishas with Potanin, is visible on the example of the Yeremyan company Nord Wall. It belongs, among other things, to Eduard Galitsky. According to information from the zakon.ru website, the latter worked at Pepeliaev Group in 2014-2015.

The company's portfolio of government contracts is estimated at 372 million rubles. At the same time, we know that Pepelyaev's companies have been inundating customers, resource suppliers and the Federal Tax Service with claims for years. Will the money "saved" in this way, including in Yeremyan's offshore accounts, settle down? 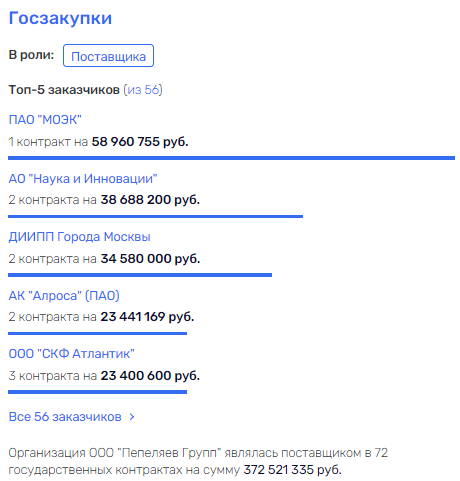 It seems that the list of Potanin, Yeremyan and Klishas risks replenishing with another participant.

Now Mr. Potanin is zealously buying up non-core assets - Tinkoff Bank, United Credit Card Company (KOKK), now there is still talk of buying Trust. At the same time, a lot of claims to the management of these structures have already accumulated. There is a feeling that Potanin is raking up bank assets for a certain purpose, which is by no means their development.

As The Moscow Post suggested, an operation similar to what happened earlier with Rosbank may be tested. Potanin sold it to the French, having previously borrowed $140 million from the bank, and then relaunched Rosbank's stake in another bank, where he received a loan in the amount of its value. The result of all these manipulations was Mr. Potanin's lack of obligations to pay off the loan after the sale of Rosbank to the French. And then he bought the asset back "clean."

Only Mr. Potanin's plans may not be destined to come true. After all, if the employees of the American FBI take it tightly, you will have to worry not about how to carry out another manipulation, but how to hide the past. Taking into account all the problems of Potanin in his homeland (recall at least the fuel spill in Norilsk and the fact that the state began to gradually take assets from him in the form of a railway), Potanin may soon be left, as they say, completely "without pants."