Gaysky "collapse": Iskander Makhmudov and Andrei Kozitsyn again have nothing to do with it

The explosion occurred on Saturday at the mine of the city-forming enterprise of the city of Gai, Orenburg Region - Gaysky GOK. Three were killed, about 100 more people were evacuated.

The company is a subsidiary of UMMC Iskander Makhmudov and Andrei Kozitsyn since 1999. It is worth noting that in mid-March Makhmudov left the controlling beneficiaries of the UMMC, but this is most likely only nominally. Recently, as reported by The Moscow Post, "Makhmudov's empire" shamed the gold miner Petropavlovask, so it's not time to get away with it.

Some sources report that after the incident, the UMMC press service promptly disowned what had happened, saying that the day before, preparations for rapid blasting "were carried out in compliance with the requirements, instructions and uniform safety rules." The same was answered in 2014, when four were killed due to an explosion at the Kletyevaya mine, Regnum wrote. The Moscow Post correspondent in the Orenburg region understood the reasons for the incident.

Where did the "firewood" come from?

The main owner of UMMC Iskander Makhmudov literally grew up on the Gaysky GOK rich in tragedy, having come there in 1998 to the post of general director and after the privatization of UMMC having received full control over the company. He cannot but know what problems exist inside, and what needs to be done to prevent tragedies. However, instead of developing the enterprise, the businessman, apparently, cares only about his financial interests - the UMMC, in particular, has the largest hunting ground in the region.

For fishing on it, a businessman mercilessly "cuts" money from hunters at "Moscow prices." Dissatisfied even appealed to the OFAS about this - the publication 56 Media reported, only officials answer - we can not influence in any way, the owner, as they say, the master.

The situation at the UMMC itself is even more interesting. Recently, Gaisky GOK changed the management company from UMMC-Holding to Ural Mining and Metallurgical Company OJSC - behind which are actually the interests of the same people as the previous one - that is, Makhmudov and the general director of both firms Andrei Kozitsyn. Moreover, in addition to the Gaysky GOK, other UMMC enterprises - Uralelectromed, the Chelyabinsk Zinc Plant and a number of other production organizations - fell under the jurisdiction of the new Criminal Code. Why did you need such a "census"? And everything is very simple - the answer is again - for the sake of money.

GOK annually gives 2.2 million rubles to its management company as a fee for services, and the revenue of OJSC is several times lower than that of UMMC-Holding, so there is reason to believe that they want to pour more into the company than it is today. But why? Experts say that in this way enterprises are preparing to attract large cash loans. The form of AO is more transparent, so it is also more profitable in terms of attracting potential investors. In what, in what, and in how to snatch a piece fatter - Makhmudov and Kozitsyn do not know their equal.

By the way, over the past decade, UMMC-Holding has actively pledged its subsidiaries to receive bank loans - the same Gaysky GOK became a guarantor for 15 billion rubles. In addition, if we recall suspicions of withdrawal of funds through the GOK, there are assumptions that the OJSC may be a kind of help for the subsidiary in this matter.

Here, in a nutshell - what Makhmudov and Kozitsyn are doing at their enterprises - where exactly here for the purchase of new equipment, modernization and other "nonsense," when billions of dollars are at stake that need to be figured out how to "blow out" from the next bank or investor and withdraw to offshore.

Although we will be fair - their beneficiaries do not "score" at all for their enterprises - for example, literally at the end of last year, the UMMC website published the news that the Gaysky GOK is being built at the Podolskoye field - the guys are expanding, you can't say anything. New mines are producing, the main thing is only that the equipment is not put there, otherwise it is not equal to an hour, and Podolskoye is flashing in news reports about the death of miners.

Previous tragedies seemed to contribute to a comprehensive safety check, but there are great doubts about its implementation, because in the same 2014, a 43-year-old electric welder was also killed by an explosion at the same Klenyevaya mine. Also, another person died under the rubble at the mine in 2020.

Another not so tragic, but nevertheless, accident occurred at the GOK enterprise in 2017 - on the night shift at the 11th section of the PR, a reel with a cable broke the leg of one of the workers. In 2013, a 35-year-old underground locksmith mine was seriously injured, taken to the hospital with a traumatic brain injury, bruising of the thoracic spine and chest, obtained as a result of a fall of rock on it. Around the same time, the 23-year-old driver received similar damage due to the fall of metal structures on it. And there are a lot of such cases. Who will be responsible for this and when?

A specific system begins to appear. Events leading to injury and death occur at the UMMC enterprise with some frequency, and it still functions. Moreover, it receives state contracts and increases revenue. 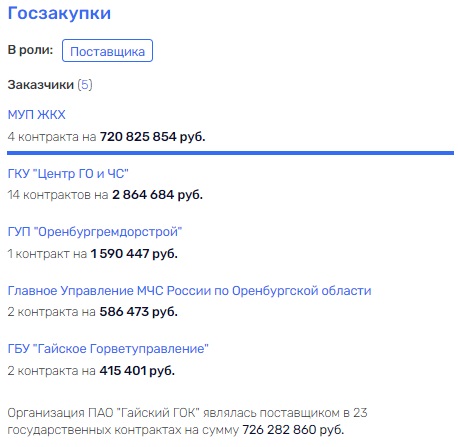 Who do investigators work for?

In addition, the GOK has repeatedly identified non-compliance with environmental legislation. But here, too, there is a feeling that the song is the same - no matter how much you reveal, but nothing will change. Too influential a figure - Iskander Makhmudov, so that he could be brought to justice so easily. There are rumors that he is cooperating with investigators, or rather, investigators are working for him.

How else to explain, for example, the fact that at the beginning of the 2000s Makhmudov's enterprise successfully and without problems gained control over the enterprise Karabash smelting plant (Karabashmed) - the only supplier of the main competitor of Makhmudov's Uralelektromedi Kyshtym Copper Electrolyte Plant (KMZ), then bankrupt it (it was about "Karabashmedi"), which caused an unpopular Moreover, "KMZ" appealed to the court several times. However, this did not give an exhaust.

Makhmudov is famous not only for this - firstly, he gained control over the UMMC itself under not fully clarified circumstances, he is also credited with a number of raider seizures of industrial enterprises. In 2011, he was accused of laundering money for a couple with Oleg Deripaska - wrote Interfax. Moreover, the news came from Spain - investigators believe that "colleagues" withdrew funds from Russia through Vera Metalurgica, and not alone, but with a whole criminal group called Izmailovskaya.

Makhmudov and his partner Kozitsyn can also be related to several criminal cases on the facts of embezzlement of shares of subsidiaries of Nizhnevartovskneftegaz OJSC, shares of Magnitogorsk Metallurgical Plant OJSC, some sources write that precious metals were also stolen in the sludges owned by Gaysky GOK.

The names of the partners are associated with a number of offshore companies - as URA.RU writes, in 2020 UMMC assets were withdrawn to the Cypriot Haldivor Finance Limited. In fact, despite Makhmudov's withdrawal from the shareholders, in fact, he can stand behind this offshore and continue to control the company.

According to Rusprofail, the head structure of the Mahmudov-Kozitsyn empire does not, in principle, get out of offshore. Taking into account how many bankrupt subsidiaries she has, some of which say that they were not received quite legally, there are suspicions that money from them could be withdrawn abroad. 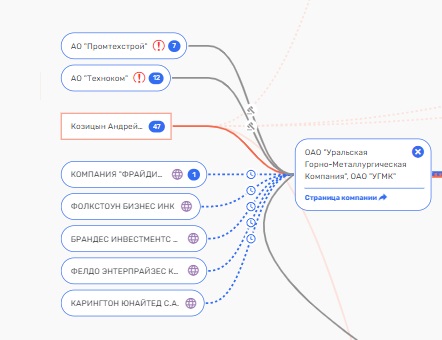 Not UMMC is united and enterprises associated with the mining industry, Makhmudov is red - he also owns shares in Transmashholding, a large supplier of wagon trains with multi-billion dollar contracts with the Moscow government. 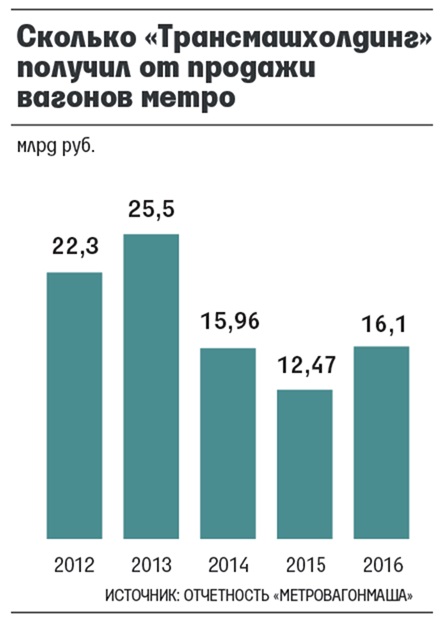 The new Deputy Minister of Energy of the Russian Federation Sergei Mochalnikov can also lobby for Makhmudov's interests - his alleged brother was part of the founders of the Makhmudov Kuzbassrazrezugol. So Mr. Coal Oligarch seems to have his people everywhere. Then it is clear why, despite numerous violations at his enterprises, no one touches them...

With Makhmudov's closest partner, whom he trusts to manage the UMMC and its subsidiaries, Andrei Kozytsin, the businessman has a discord. Now partners are dividing assets and, it seems, are going to break off relations. And all because Kozitsyn, behind the oligarch's back, could withdraw money from the Ring of the Urals bank, which they previously owned together - because of this, a major deal to buy the gold miner "Highest" by UMMC could have broken down. We have previously covered this story in detail.

The bottom line is that Kozitsyn could participate in the scheme, when for several years the bank issued deliberately bad loans using a network of specially created organizations. Then these funds were withdrawn and spent on the needs of the leaders and top managers of UMMC-Holding and Ring of the Urals bank - one of the participants in the scheme detained by law enforcement officers, entrepreneur Vladimir Diaghilev, who took a loan of 354 million rubles through his Smartline office in Ring of the Urals and did not return - RBC reported.

By the way, there is a version that the bank could also be used to withdraw funds from the UMMC, bypassing Mr. Makhmudov. Kozitsyn had such a trusted person - Oleg Melyukhov, who worked as deputy of the latter. This sweet gentleman is involved in a whole galaxy of scandals - including, allegedly, at the suggestion of Kozitsyn, he was behind the organization of rallies against the construction of a TV tower in Yekaterinburg by Atomstroyservis. They say that Kozitsyn tried to take possession of this company and crush the real estate market for himself.

What to say - partners Makhmudov and Kozitsyn - two pair boots. Moreover, from a criminal point of view: there are rumors that Melyukhov therefore keeps near Kozitsyn all the time, that he knows about his dark past - including one story about the murder of the ex-adviser to the head of the UMMC on security Yevgeny Pilberg, about whom Kommersant wrote.

Shortly before the tragedy, a conflict occurred within the walls of the UMMC, after which Kozitsyn in record time gave Pilberg the last salary and sent it to all four sides. He, they say, was very offended and wanted to sell information about the not very clean affairs of Kozitsyn "and the company" to the one who will pay more, only for some reason did not live to see this moment.

So it turns out - partners share assets and bathe in their own problems, while trying to snatch a piece of more - they definitely do not have safety at enterprises, they have their own worries. Law enforcement agencies are either afraid, or do not want to interfere in the activities of Makhmudov and Kozitsyn, and people are dying. How many more tragedies have to happen for someone to be responsible for this?