"Gas and Flame": is the tension between Michelson and Miller growing?

In a situation of sanctions pressure, two "sworn colleagues" Leonid Mikhelson and Alexei Miller, as well as their subordinates, are desperately fighting for budget support and their own pockets.

According to the correspondent of The Moscow Post, the top managers of PJSC NOVATEK began to actively buy shares of the company. The company also implements the repurchase of its own shares. Apparently, NOVATEK is thus trying to contain a multiple drop in the value of securities. Not very successful yet.

At the same time, Leonid Mikhelson, chairman of the board of NOVATEK, has to think about competition with Gazprom. With shrinking markets, budget support can be decisive. And here it is important not to lose the hardware war. Just now, both are especially counting on help from the treasury. The problem is that everyone will not have enough, and the managers of the same Novatek seem to have shown a serious craving for speculation in the stock market.

Yesterday, on March 1, NOVATEK PJSC received a notification from its deputy chairman of the board - director of geology Vladimir Kudrin that on February 24 he acquired almost 39.5 million rubles in shares of the company on the Moscow stock exchange. A day earlier, a similar message was received from an independent member of the board of directors of NOVATEK Robert Kasten. On February 24, he acquired NOVATEK global depositary receipts (GDRs) on the London Exchange for $84 thousand. Most likely, the top manager of NOVATEK, buying the company's securities, complied with the request of Leonid Mikhelson. 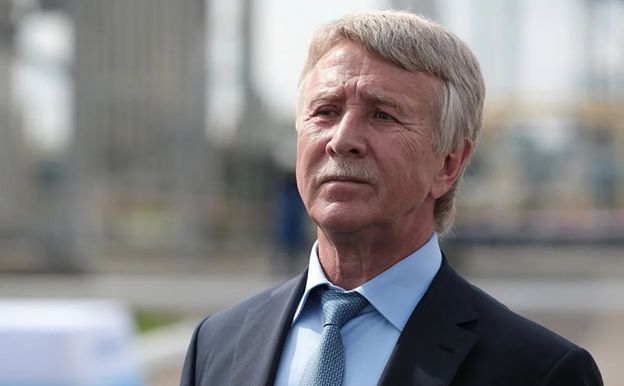 It is significant that NOVATEK top managers chose to acquire the company's shares after a significant subsidence that began on February 17 amid geopolitical risks amid the aggravation of the situation in Ukraine. So the deputy chairman of the board of NOVATEK Vladimir Kudrin acquired shares at a price of 1178 rubles, while on February 16 the price at the close of trading was 1621 rubles. That is, Kudrin bought shares at a discount of about 27% to this price.

At the same time, the price of NOVATEK shares on February 24, that is, on the day when Vladimir Kudrin decided to buy, fell to 1001.4 rubles at the close of trading. At the same time, on Monday February 28 and Tuesday March 1, the Central Bank of Russia decided not to open trading on the Moscow Exchange and the price of NOVATEK shares froze at 1133.6 rubles, that is, at the closing level on Friday February 25.

However, trading did not stop on the London Exchange. And during Monday-Tuesday, the dynamics of the price of NOVATEK shares indicated a sharp drop. If on Friday, February 25, trading closed at $124.7 per GDR, then on March 1, trading closed at $16.24 per GDR. That is, the price drop at this time interval occurred almost 8 times!

It is logical to assume that if trading would take place on the Moscow Exchange, then the price of NOVATEK's shares would fall not to a lesser extent, but may even be in greater proportion, taking into account the fact that the shares are denominated in rubles. In this regard, it is worth stating that the investment of Vladimir Kudrin could be premature.

At the same time, it is worth noting that NOVATEK launched a program for the repurchase of its own shares. The program was launched on December 17, 2021. NOVATEK reported that between February 21 and 25, 2022, more than 5.118 million shares (including in the form of GDRs) were purchased on the open market. In the period from February 14 to 18, 2022, NOVATEK bought a little more than 883 thousand ordinary shares on the open market (including in the form of GDRs). As you can see, NOVATEK is trying to maintain the value of its securities through a buyback, but this support, judging by the dynamics of the price drop, does not help much.

At the same time, NOVATEK and its chairman Leonid Mikhelson not only need to keep the value of the company's securities, but also oppose Gazprom. In a certain sense, NOVATEK may now have some advantage over Gazprom. Given that Europe may completely abandon Russian gas, Gazprom will obviously suffer more than NOVATEK. Germany was already ready to completely abandon Nord Stream -2. In this sense, the chairman of the board of PJSC Gazprom Alexei Miller should worry harder than Leonid Mikhelson. 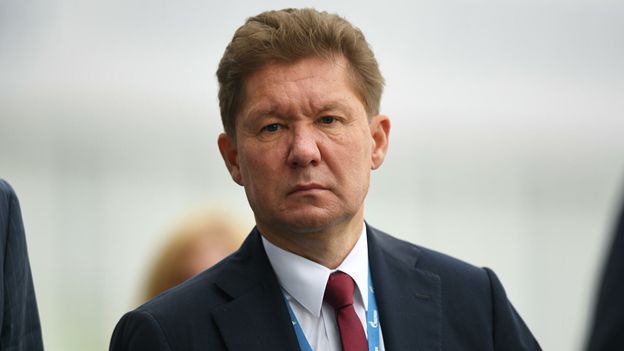 Therefore, with the reduction of the "feed base," the old conflicts between NOVATEK and Gazprom risk flaring up with renewed vigor. As The Moscow Post previously wrote, Leonid Mikhelson has long dreamed of taking over the levers of managing Gazprom. They even said that the head of Gazprom-Neft, Alexander Dyukov, who had long worked at Sibur Mikhelson, could be lobbied by him (Mikhelson) to replace Miller. True, this did not happen, the contract with Alexei Miller was extended.

However, many other factors played against Miller. So in August 2021 it became known about a serious fire at the Urengoy plant of Gazprom for the preparation of condensate. The emergency could lead to a shortage of liquefied hydrocarbon gas (LPG) in the domestic market and problems in the fuel and petrochemical sectors. At the same time, Leonid Mikhelson's Sibur was and remains the largest LPG producer. Thus, the accident at the Gazprom plant deprived Michelson of his position and gave a new reason for hardware struggle.

Another point of application in the conflict of interest between Gazprom and NOVATEK is the principles of gas transportation. Gazprom's pipeline transport is cheaper, but NOVATEK is actively developing the delivery of liquefied natural gas (LNG) by giant offshore gas carriers. In this regard, the NOVATEK project Yamal LNG was actively criticized by Gazprom.

As Kommersant wrote, Gazprom speculated on the allegedly low budgetary efficiency of the Yamal LNG project. Such reasoning was easily explained by the fact that LNG from the NOVATEK project Yamal LNG ousted Gazprom gas from the European market. Allegedly because of this, the budget received less than 30 billion rubles in taxes and export duties. But now, in the face of a developing new unprecedented round of sanctions pressure, sales volumes to European markets are still an open question.

In this regard, the efficiency of the two main producers of Russian gas may become their main advantage in making key decisions. So at the end of 2020, NOVATEK showed a record profit of 377 billion rubles in 10 years (an increase of 139 billion rubles in just a year). For Gazprom, on the contrary, 2020 has become extremely not successful financially. Moreover, last year was the worst for the company in its history in many respects. The company's net loss, headed by Alexei Miller, for this period amounted to 707 billion rubles with revenue of over 4 trillion rubles.

Nevertheless, now that the domestic consumer and China can become the main priorities for Gazprom and Novotek, all yesterday's introductory conditions may in many ways become irrelevant. Perhaps one of the main sources of support now may be the budget. And here is the question whose managerial and lobbying abilities will turn out to be stronger - Michelson or Miller.

Photo on the home page: TASS