FSS reveals "black box office of the Ministry of Energy"

It seems that the Deputy Minister of Energy Anatoly Tikhonov could face jail for monetary fraud. Are Security Forces revealing the "black box office" of the Ministry of Energy?

As it became known to the correspondent of  The Moscow Post, Deputy Minister of Energy of the Russian Federation Anatoly Tikhonov was detained as a suspect in a criminal case of major fraud. The Russian Energy Agency headed by him was engaged in the implementation of the state program "Energy Efficiency and Energy Development", in particular, the development of the state information system for the fuel and energy sector. To Finance this activity, the agency received subsidies from the Ministry of Energy in the amount of 968 million rubles, some of which, according to investigators, was stolen.

It seems that the "Krasnoyarsk" team is losing ground - one by one, the natives from the North are losing their positions. What will happen to a person of  Alexander Khloponin and Alexander Novak?

The FSS officers and the Investigative Committee employees conducted searches in the Ministry of Energy itself. The reason for the events was the testimony of entrepreneurs from the Crimea, who allegedly gave payoffs to Anatoly Tikhonov.

Rumours that Tikhonov is a pilferer, were being spread for a long time - the Internet is literally flooded with ambiguous information about this character. But until recently, he managed to avoid direct accusations. It seems that he himself was sure that the security forces would not get to him. Did he count on the support of his patrons Novak and Khloponin? But, apparently, the scope of his actions is so great that even the "Krasnoyarsk" men could not help him.

But back in early July, Tikhonov spoke with representatives of Iran, including the question of possible oil supplies from the middle Eastern country. Now our countries are preparing an oil deal worth up to $20 billion. In April, it became known that the Ministry of Energy will choose a company to supply raw materials. Since 2014, Tikhonov has been overseeing negotiations between Russia and Iran on this issue, for which he is called the owner of the "black box office" of the Ministry of Energy. It is curious, how much of this 20 billion the official was supposedly going to "grab"? 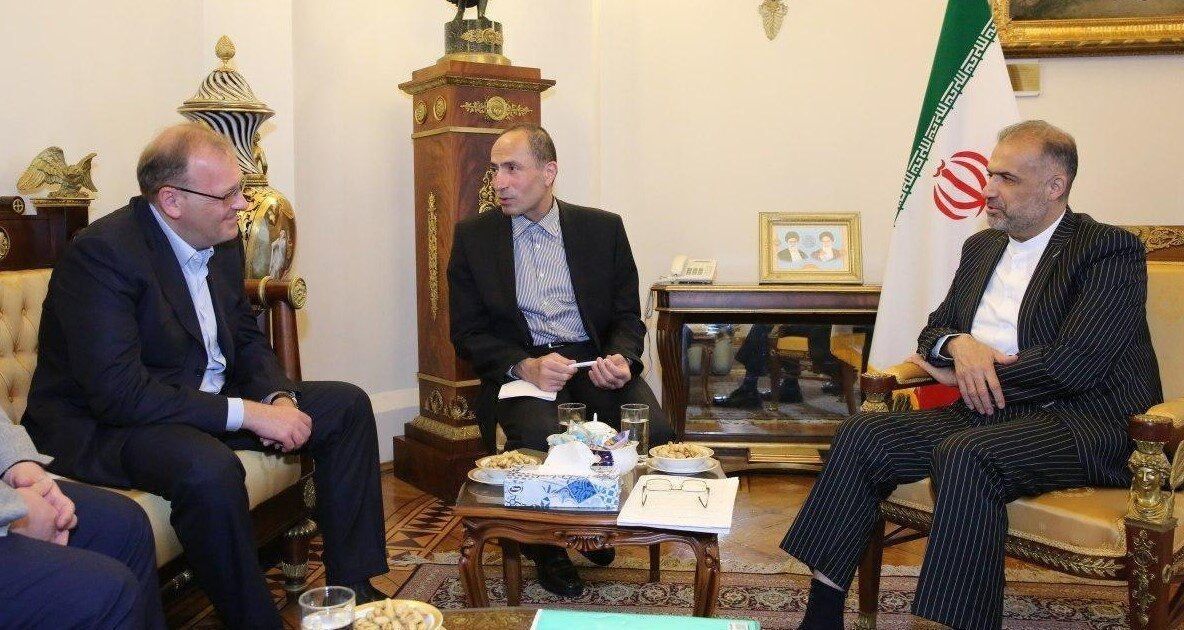 Tikhonov at a meeting with Iranian partners

Tikhonov personally took over the issue of exporting raw materials and controlled the turnover of about 10 million barrels per year.

It was rumoured that the power engineer had a reliable roof in the oil business - allegedly, the structures of the former co-owner of the Moscow oil refinery Ruslan Baisarov, a close friend of the head of Chechnya Ramzan Kadyrov, joined the trade process back in 2014. Apparently, the roof really turned out to be solid - yet Tikhonov was attracted to a completely different case. But what will be next?

The Crimean stories of Tikhonov

Rumours about the possible imminent arrest of Tikhonov began to be spread the last spring. The reason for this was the detention of ex-Minister for "open government" Mikhail Abyzov, ex-envoy to the Far Eastern Federal district Viktor Ishaev and the "flight" to the Chelyabinsk region from the Ministry of Energy of the first Deputy Minister Alexey Texler. Then spiteful critics started talking about the beginning of a large-scale purge in the country's energy sector. And now, it is the turn for the "grey cardinal". Is Mr. Novak next?

Tikhonov joined the Ministry after the Crimea became part of Russia, when the issue of ensuring its energy autonomy from Ukraine arose. The total cost of the Crimea's energy independence was 177 billion rubles. There was clearly something to "divide", so they called a politician experienced in such matters to the Department, didn't they? Apparently, the funds really "flowed" like sand through one's fingers - the project became more and more expensive, dragging on for as much as 1.5 years. By the way, it took only 48 days for Soviet engineers to connect the besieged Leningrad - apparently, because then people really worked hard, and did not "master" budget money!

Thanks to the Crimean affairs of Tikhonov, Russia was completely involved in an international scandal. According to Nezavisimaya gazeta, the Ministry of Energy planned to build two combined-cycle power plants on the island using German technologies. The turbines were ordered from Siemens, but even then sanctions were imposed on the Russian Federation, so the German office was under threat of a fine. The deal was suspended, but the Ministry of Energy continued to cooperate with the office on other projects. And then suddenly it turned out that the turbines ordered from Siemens for the TPP in Taman were in the Crimea! At that time, the whole of Europe was shocked by such impudence, and the reputation of the Russian Federation in the eyes of international companies collapsed.

Tikhonov's "Crimean stories", of course, could not fail to attract attention. As Regnum reported, in 2017, an audit in the Ministry of Energy and REA was done by the Accounting Chamber. The auditors were interested in spending Federal budget funds on the creation and development of SIS in the Fuel and Energy Complex in 2014 - 2016. The auditor revealed that budget funds were spent in violation of the law. In particular, the plans for 2014 did not include measures to create the system, but funding was "dripping". For a pretty face? It is not surprising that with such methods of work, the project was never completed on time. Poor-quality planning also led to significant cash balances on accounts: 69% (!) of the allocated amount in 2014, 10% - in 2015.

In 2017, the agreement to create a SIS Fuel and Energy Complex turned into a scandal. REA demanded to recover 273 million rubles in penalties from the contractor, the LANIT company, the office put up a counterclaim against the agency for exactly the same amount for violation of the customer's obligations. The lawsuits are still ongoing, and the next hearing is scheduled for September 25, 2020.

However, it is unlikely that the state customer will succeed in this case - according to the results of the audit, the Accounting Chamber found out that the fault for the project's problems lies with REA, while LANIT has nothing to do with it. And they say that all the lawsuits are carried out to distract the eyes, allegedly LANIT gave Tikhonov a "payoff" of 450 million rubles, that is, it cooperated with him.

According to the authors on the RNBEE portal, allegedly in 2018, the IС received information about the involvement of officials of the Ministry of Energy, including Mr. Tikhonov, in large-scale theft. At the same time, they say that his former subordinates also opened their mouths: they said that "people have not seen such lawlessness under kickback schemes for a long time." Allegedly, he organized a huge flow of money to organizations under his control.

Tikhonov seated his people - for example, Mikhail Silantiev from Promsyreimport, at the main Federal state unitary Enterprises controlled by the Ministry of Energy. He is a member of the boards of Directors of many energy companies - RusHydro, SO-UPS, Zarubezhneft. He receives a wage from 5 to 15 million rubles in each of them.

Brothers from the North have arrived

Tikhonov started his career as a "solver" in Krasnoyarsk, where he was remembered by the locals as an official who tried to "make money" on everything. He was at the origin of the construction of the Boguchanskaya energy station - a problematic project that dragged on for many years and brought significant losses to the state. Tikhonov probably saved some of the money for "sweets with tea"? 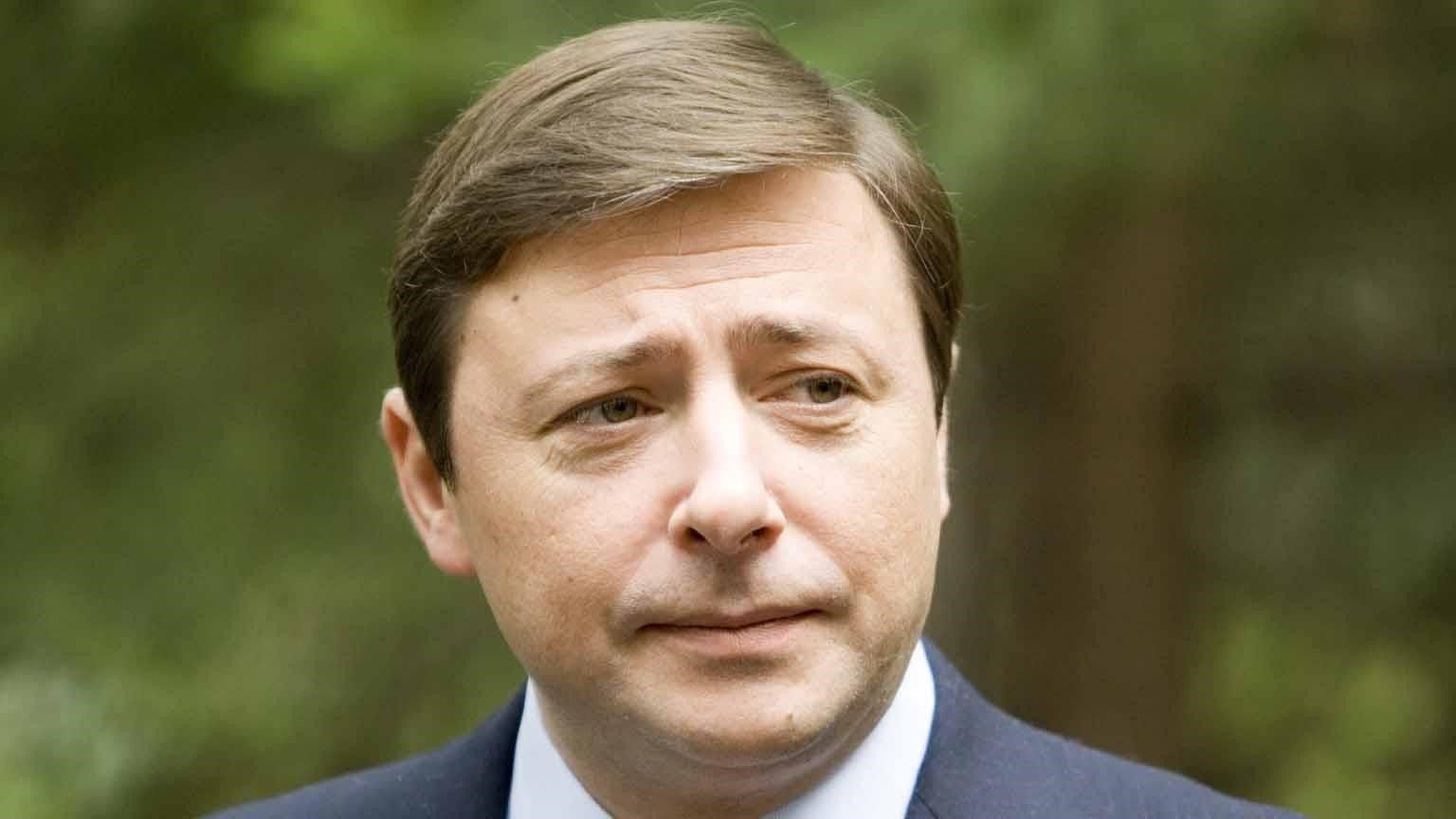 He was very active in the Krasnoyarsk territory at the time when the region was ruled by Alexander Khloponin. At the post of Deputy Governor, he made very murky schemes and at that time they began to call him "Tolya thirty percent" behind his back - allegedly, he asked for such payoffs from entrepreneurs to whom he distributed state contracts.

At the same time, he met Novak, who worked in a similar position. They became friends so much that they even became spiritually related - they are godparents of each other's children. At the same time, Alexey Texler became the city Manager of Norilsk. That is, the team of "Krasnoyarsk" was formed in order to go to "conquer" Moscow?

As a result, Khloponin became Deputy Chairman of the Government, Novak and Texler moved to the Ministry of Energy, and Tikhonov - to VEB. However, as MK wrote, he did not get along with the then head of the state Bank Vladimir Dmitriev - he left their credit organization with a scandal. Didn't Dmitriev like that Tikhonov wanted to bend everything under him?

His other fellows weren't doing well either. Khloponin lost the post of Deputy Chairman of the Government, and Texler was forced to move to the chair of the Governor of the Chelyabinsk region - there the businessman who was highligted in a high-profile criminal case against Alexey Ulyukayev decided to "hide". Should we expect that the rest of the "brothers from the North" will be come for soon?

And Mikhail Prokhorov, as it is known, is behind the "Krasnoyarsk" ones. Recently, he has already tried to "get rid" of one of his "friends" - allegedly bought his Italian villa from Khloponin. Due to this, in 2017, the former head of the Krasnoyarsk territory became the richest official with an income of as much as 2.9 billion rubles! Detractors claimed that the price of the villa was greatly inflated and thus Khloponin, with the help of an older friend, could legalize his income.

Well, Prokhorov should also look at Tikhonov's assets. Evil tongues claim that there he has prepared a bridgehead house, a fleet of expensive cars, a number of accounts in local and Cypriot banks. According to the authors on the Kompromat portal, allegedly part of the assets is registered to his cohabitant - a woman with the surname Kovalenko. Are there rainy-day supplies hidden abroad for the entire Northern "mob"?

Anatoly Tikhonov, who for many years magically managed to escape the attention of the security forces, was detained. Probably, "Krasnoyarsk" ones are losing ground and can no longer provide  necessary protection for "theirs". Will Novak, Khloponin and Texler follow Tikhonov?