From Podolsky to Shuvalov: Soyuz Marins Group does not steer in Sochi childishly

For many years, "night governors-marines" from the Union Marins Group can operate in Sochi. Their traces have been visible since the time of the former mayor Anatoly Pakhomov.

As the correspondent of The Moscow Post in the Krasnodar Territory managed to find out, personalities who are much more influential than even the ex-officials themselves can stand behind the bribe-giving company. Details - in the material of The Moscow Post.

In January 2016, Rykov signed a permit for the construction of the Marina Park residential complex with a superstructure of the upper floors for a bribe of 55 million rubles. Further, Rykov was transferred ownership of two apartments in the Marina Park residential complex worth at least 40 million rubles. Photo: https://krasnodar.cian.ru/zastroishchik-manufaktura-iug-10914/

The founder of Manufactory-Yug is Elena Vladimirovna Popandopulo, who headed the company from 2016 to 2019. And very successfully left this post - her replacement Igor Stroganov was detained for giving bribes.

Elena Popandopulo has also been the head of Marina Park Management Company Alexander Uvarov since June 20, 2017. A person with the same name and surname appears in the media as the general director of Metallopttorg, which is part of the Union Marins Group. In addition, the hotel chain owned by the group is called the Marins Park Hotel. We can assume that Marina Park is engaged in their maintenance.

The Moscow Post covered the activities of the SMG in its investigation "Like Zavivaev about chess, or the Union of Marins Group on distribution."

This office on its official website presents itself as a film company. The firm was founded by Alexander Kulikov - a former Marine. She openly admits and even, apparently, is proud of her "warm relations" with the security forces. Namely, the Russian Marines, special forces of the internal troops of the Ministry of Internal Affairs of the Russian Federation "Vityaz" and "Rus."

According to Kommersant, Kulikov's "brainchild" enjoyed the support of the mayor of Nizhny Novgorod, the police and even the bailiff service.

Connections at the SMG can be traced up to Igor Shuvalov. After the death of the founder of the company in 2016, the company was led by Profdir LLC for some time. Since 2016, this control has been controlled by the asset manager of the Shuvalov family, Sergei Kotlyarenko. Further, the company changed management several times. Now its head is Irina Samkharadze - she works in other structures of the SMG.

The group owns a network of hotels in six cities of Russia and conducts a lot of other activities, including agricultural. Its subsidiaries receive non-strong government contracts. 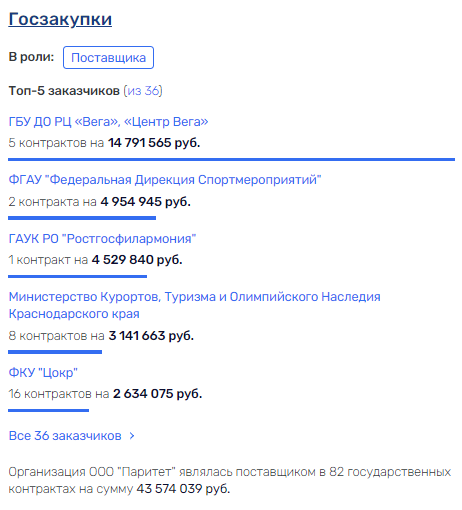 The founder of the SMG Kulikov is called a person extremely passionate about Scientology banned in the Russian Federation. According to Kommersant, it came to the point that employees of his companies were obliged to study the theory of Ron Hubbard, the founder of the Church of Scientology, at special courses. And those who disagree were fired.

Sites with reviews of the company's work are full of reports of fines for being late and the need for a strict dress code. People also write that when interviewing, it is necessary to fill out a pile of papers - including taking two tests on iQ. As if they take to the special service...

It's funny, but Alexander Dvorkin, a professor at the Orthodox St. Tikhon Humanitarian University, spoke about the SMG just like this: "This is a special service that collects dossiers on all its adherents and shares information with the CIA," Vesti.ru wrote.

From the Ministry of Internal Affairs to the organized criminal group

But let's return to the company's ties. In addition to the highest echelons of power, there may be others. According to the authors of the Rosotkat website, the SMG is allegedly connected with people from the Chekhov and Podolsk organized crime groups.

Evil tongues Sudachat that the "cover" was engaged in a former employee of the bodies, Deputy Mayor of the Moscow Region, the current head of Podolsk Dmitry Zharikov. The head of the Moscow region, Andrei Vorobyov, personally appointed the latter to follow Podolsky and even awarded him the Breakthrough of the Year medal.

In 2017, searches were launched into the offices of the SMG - the case concerned just the investigation of land theft in the Chekhov and Podolsky districts of the Moscow region. But it did not go beyond searches. Covered by Vorobyov?

By the way, the recently potentially associated with SMG company Light Breeze acquired the Green Point business center in the Moscow region. So the interests of the group are by no means limited to the film industry. The Moscow Post covered the story in detail.

In 2015, former State Duma deputy Valery Panov sold SMG City Park LLC, which owned a trading gallery in the Gorki shopping and entertainment center for 2.1-2.3 billion rubles. According to the journalists of the "Obzor," the deal was clearly forced. But the need affected this, or the guys from the Marines "agreed" in other ways - the question is open.

Offshore zones of the "kings" of Sochi

SMG structures are tied, among other things, to offshore companies. For example, Altbrook Limited was part of the founders of Mercury LLC. As part of "Agricultural Mechanization and Reclamation" - "Dealport Limited." Sormovsky Ant was owned by Artrade Trading Limited. Now Everest LLC and New Investments LLC are registered for the latter. The latter is under liquidation.

Many SMG-related firms are no longer functioning. This whole system looks like one big "cube" for withdrawing money. If we take into account that most of the holding most likely earns money on the filming of films (the film company has the film and television projects "Marines," "To be or not to be," "Shoes," "Viy 3D") and the hotel business, it turns out that public funds can be withdrawn. And cover the power structures and governors?

Vice-mayors are imprisoned, but the guys from the SMG remain at large. It seems that the influence of the group has long "crossed" the limits. Will we welcome the new "night governors" of Sochi?

It is worth noting that during the period when, according to the investigation, representatives of Manufactory-Yug handed over bribes, the scandalous Anatoly Pakhomov was the mayor of Sochi, who miraculously escaped detention in 2018, when the security forces came to a huge number of his subordinates in connection with the largest violations of the urban planning code.

Now Pakhomov is the executive director of the Kuban representative office of the oil company. But it is he who can be the main actor in all history. But the power of the "SMG clan" is so great that the former official can not be afraid?