Co-owner of the NKK Alexander Kalinin found that to respond to the actions of the new director of the corporation Denis Frolov, who probably enjoys the support of state VEB and the Ministry of Industry and Trade.

According to the correspondent of The Moscow Post, the National Computer Corporation continues a serious corporate conflict. His next round was the appointment of co-owner of the company Alexander Kalinin as chief designer of Aquarius Technologies, which in early June was separated from Aquarius Group of Companies, the most valuable asset of the NKK.

This step means that Kalinin is not ready to give way to two of his longtime partners - Yevgeny Lachkov and Leonid Goldenberg, who sided with the new director of the corporation Denis Frolov. The last. according to the market, it is now building a real IT giant that would carry out the full cycle of creating a Russian computer and become a monopolist in the field.

The assets of Aquarius have recently been divided into two holdings - Aquarius Solutions LLC and Aquarius Technologies LLC. Then the vice-president of the NKK, Alexei Kalinin (his father, Alexander Kalinin, owns 33% of the company), explained the restructuring by the need to separate the integrator business in a separate direction, which will allow structures to earn more due to independence. however, from the very beginning, many understood that this step was only an attempt by the Kalinins not to lose their influence in the NCC. And the recent appointment of Kalinin Sr. to this confirmation.

Meanwhile, the owner of the Varton group, Denis Frolov, who recently became the head of the NKK, according to some reports, pushes Leonid Goldenberg, one of the co-owners of the corporation, who openly helps Frolov gain control of the organization, to the post of head of the Aquarius Group of Companies. From 1996 to 2004, Goldenberg already led Aquarius, and recently served as president of the Systematics group of companies - frankly, not the most brilliant asset of the corporation, which may indicate the managerial qualities of a businessman.

However, Frolov, possibly lobbying for his appointment, can thus make a return revue - it is Goldenberg who, together with Lachkov, want to sell his shares to him (64% in total), which Kalinins opposed.

The past restructuring of the assets of Aquarius Group of Companies is aimed at preventing this. Earlier, Alexei Kalinin in an interview with "Kommersant" said that he regards the actions of his father's partners "as an attempt at raider capture." In his opinion, the deal with Frolov will negatively affect the NCC, as well as the development of the industry as a whole. After all, Mr. Frolov seems to be consolidating assets in the electronics market, which may ultimately lead to a monopoly.

In addition to asset restructuring, Kalinin recently took another measure that strengthened his position: from April 9, 2021, the general director of Aquarius is Dmitry Troshenkov, who once headed Technoserv - a large IT company, the control of which was now disgraced Alexei Ananyev. By the way, Goldenberg managed to work at Technoserva, who subsequently had a split with an old partner and his team.

Earlier, The Moscow Post wrote in detail about how the NCC shareholder conflict went into an acute phase, directly affecting its work as a corporation. In addition to the above, mutual lawsuits also took place, and Kalinin Sr., according to some reports, precisely because of an economic dispute with Goldenberg and Lachkov, could suddenly be under house arrest in a case suddenly initiated in 2020, which was based on events four years ago. Like, not without reason this story was remembered right now.

Another drop in the lake

However, the NKK is not the only front of Mr. Frolov's peculiar work. So, at the end of June, control over 70% of the manufacturer of domestic processes Baikal Electronics passed to the structures of the entrepreneur. And already on July 2, it became known that the organization will invest 23 billion rubles in expanding the product line and increase production to 600 thousand units by 2025.

New solutions can be used in laptops, tablets, supercomputers, artificial intelligence, and storage (storage) systems. And here's the surprise, one of the largest Russian storage and server manufacturers is... Aquarius group!

That is, we see how Frolov has already begun to form his IT empire, where companies will be tied to each other. All this, apparently, is done in order to later become the "king of the state order." And the businessman does not hide his intentions - for example, Baikal Electronics explicitly declares that the demand for its processors will stimulate import substitution in the public sector. This means that budget billions will flow into the entrepreneur's pocket with a rapid flow. 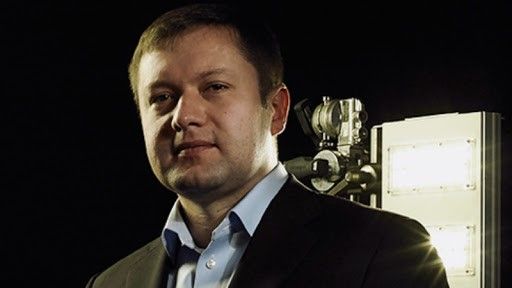 And here it is worth remembering that Frolov could also receive control over Baikal Electronics by not completely transparent methods. As "Kommersant" wrote, in 2019 a criminal case was opened against the founder of Baikal Electronics and T-Platform Vsevolod Opanasenko about abuse of due authority. And shortly before that, Opanasenko lost his stake in the business of Rusnano and VEB, which, it seems, then fought for assets, as The Moscow Post previously told.

Apparently, in this story, luck was on the side of VEB, because Frolov is directly related to him - he heads NM-Tu, the founder of which is the state bank.

There is reason to believe that VEB could help get control of Baikal Electronics by the Ministry of Industry and Trade - at least both of these government agencies filed multimillion-dollar lawsuits against a private company, probably trying to bankrupt it. But there is a connection between the Ministry of Industry and Trade and Frolov - the company of the latter Lassard in 2019 concluded a contract with the department for as much as 349 million rubles.

Another asset in Frolov's "cage" is Angstrom-T, previously owned by former communications minister Leonid Reiman. Last year, NM-Teh gained control over the enterprise, which is in bankruptcy proceedings. VEB initiated this event for debts of 815 million euros. At the same time, initially between the state bank and Reiman, according to the latter, there was an agreement that they would not bankrupt his company. But Frolov came and the plans suddenly changed.

In addition, the scandalous developer Sergey Gordeev may be involved in the story with Angstrom-T. Earlier, The Moscow Post said that NM-Teh received three land plots for rent and sublease, on which the Angstrom-T complex in Zelenograd is located. There, according to some reports, the PIK group of Sergei Gordeev can build up 56 hectares in the industrial zone of the Center for Informatics and Electronics (CIE).

What to say, we already see the shape of the supposedly created IT giant. But in this business, Frolov not so long ago - only in 2017 he acquired 51% of RusBITeh, which developed the Russian operating system Astra Linux. Moreover, unlike the other above companies, it is not safe to say that the company is doing something unique, because the software is built on the Linux kernel, which is distributed on the principle of "open software," that is, free and free. The Moscow Post has already examined in detail the features of such "innovations."

So, what we see: RusBITeh, Baikal Electronics, Angstrom-T, now the NKK. In other words, Frolov has already gathered in his hands the production chain necessary to create a Russian computer - from a processor and other components to software. Moreover, as can be seen on the example of Baikal Electronics and NCC, a businessman can already integrate businesses into each other.

It seems that a monopolist will soon appear before our eyes, who will call the domestic IT sector for himself. And Mr. Frolov will begin to crow with state billions. And, presumably, it is necessary to share them with those who probably helped him build an empire - VEB and the Ministry of Industry and Trade.