Why does Andrei Birzhin get the most tasty territories of St. Petersburg for development, and how will the scandal with historical buildings on Dolzhnaya end?

According to The Sankt-Peterburg Post, the Property Relations Committee of St. Petersburg (KIO) put up for auction in a single lot apartments and non-residential premises in six historic houses on 21-29 Dolgnaya Street, in the Central District for 275 million rubles. The buildings, in addition to historical and cultural significance, are also known for the fact that Bizant LLC, a subsidiary of the Glorax Development development group of the famous businessman Andrei Birzhin, was engaged in their "restoration."

True, the restoration can only be called work on the house on Trolley No. 21, which could not be sold at auction due to the emergency condition of the building. Earlier on the same site, the same Bizant company was engaged in the dismantling of two internal buildings of house No. 21, which caused unauthorized protests by city defenders and simply indifferent residents of the city.

It's about Birzhin's image project - next to these houses he is building an elite LCD Grand House. Ill-wishers claim that allegedly there was no need to dismantle the two outbuildings. But it was very necessary to have a beautiful public space that could appear on this place. This space would be very useful to the nearby development project of the merchant.

As Novaya Gazeta wrote, the wall of the same 21st house began to roll almost immediately to the pit dug under the new LCD. The developer did not do anything to preliminary strengthen the buildings adjacent to the construction site. It was the need to restore and strengthen the walls that caused the failure of previous tenders for these buildings. 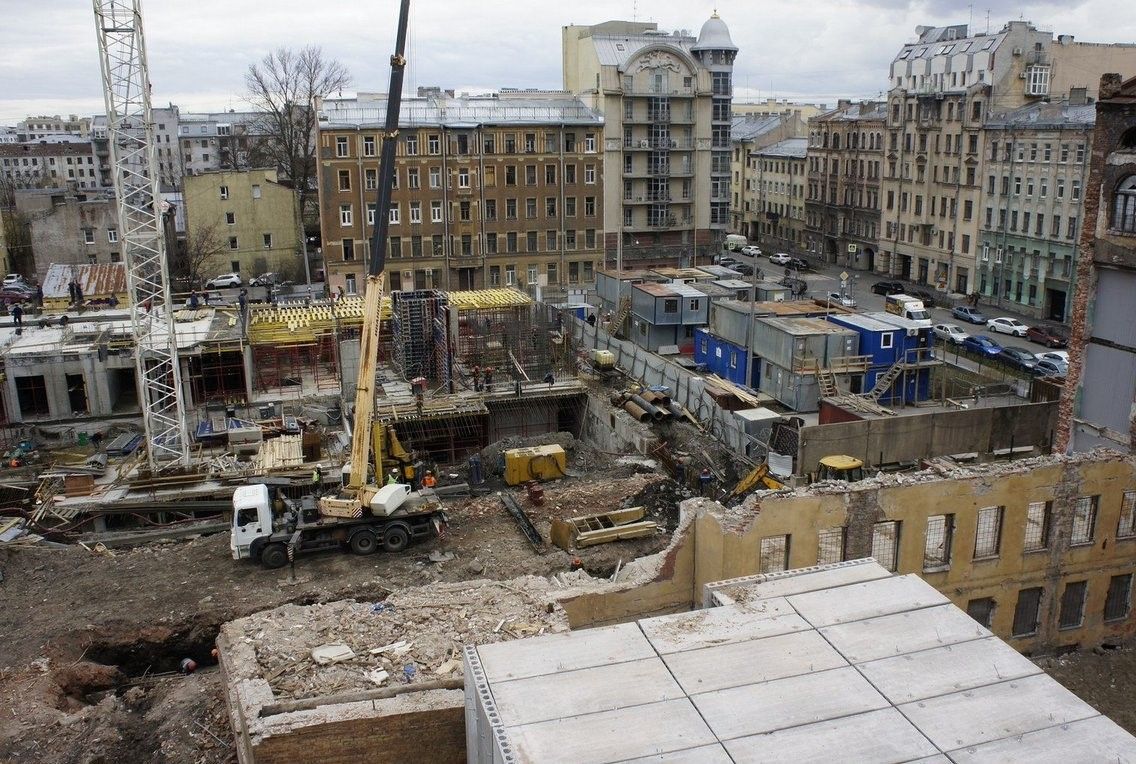 As a result, a major scandal arose, during which, through the court, it was possible to suspend the demolition of houses. Now, "Bizant" was forced to restore house number 21, so that he could be put under the hammer.

The question arises, how and why was the project of demolition of the outbuildings agreed at all, how was a permit issued for the construction of a building that could damage the bearing wall of a historic house? The decision was made in two instances - the Committee on State Control, Use and Protection of Historical and Cultural Monuments (KGIOP) and, most importantly, the Committee on Urban Planning and Architecture (KGA).

The first institution is led by Sergey Makarov. Ill-wishers many times tried to attribute to him a selective attitude to the coordination of the demolition of monuments. Allegedly, where it is profitable - we demolish, and where it is not - stop, and a public company is against. But the role of the KGA, which is led by the famous architect Vladimir Grigoryev, is much more important.

For a long time, Grigoriev's opponents considered him the patron saint of Birzhin's business. So it is, or not, but it was under him that one of the largest Glorax projects was to start - the construction of a business quarter as part of the Golden City project in the alluvial territories of Vasilyevsky Island.

To implement it, the company merged with Renord-Invest, which is associated with St. Petersburg Bank, as The Moscow Post previously wrote in detail. Interestingly, very nearby is the Gavan MO, whose deputy is Grigoriev's son Alexei.

Recently, a high-profile scandal broke out related to Grigoriev. New news writes about the expensive real estate of the official - the Bar estate, elite apartments, cars and lands worth 367 million rubles. And also that Grigoryev was already interested in law enforcement agencies for where he managed to earn on such wealth. The publication wonders: "the head of the St. Petersburg KGA Grigoriev" agreed "on projects for the purchase of family property of 367 million rubles"? 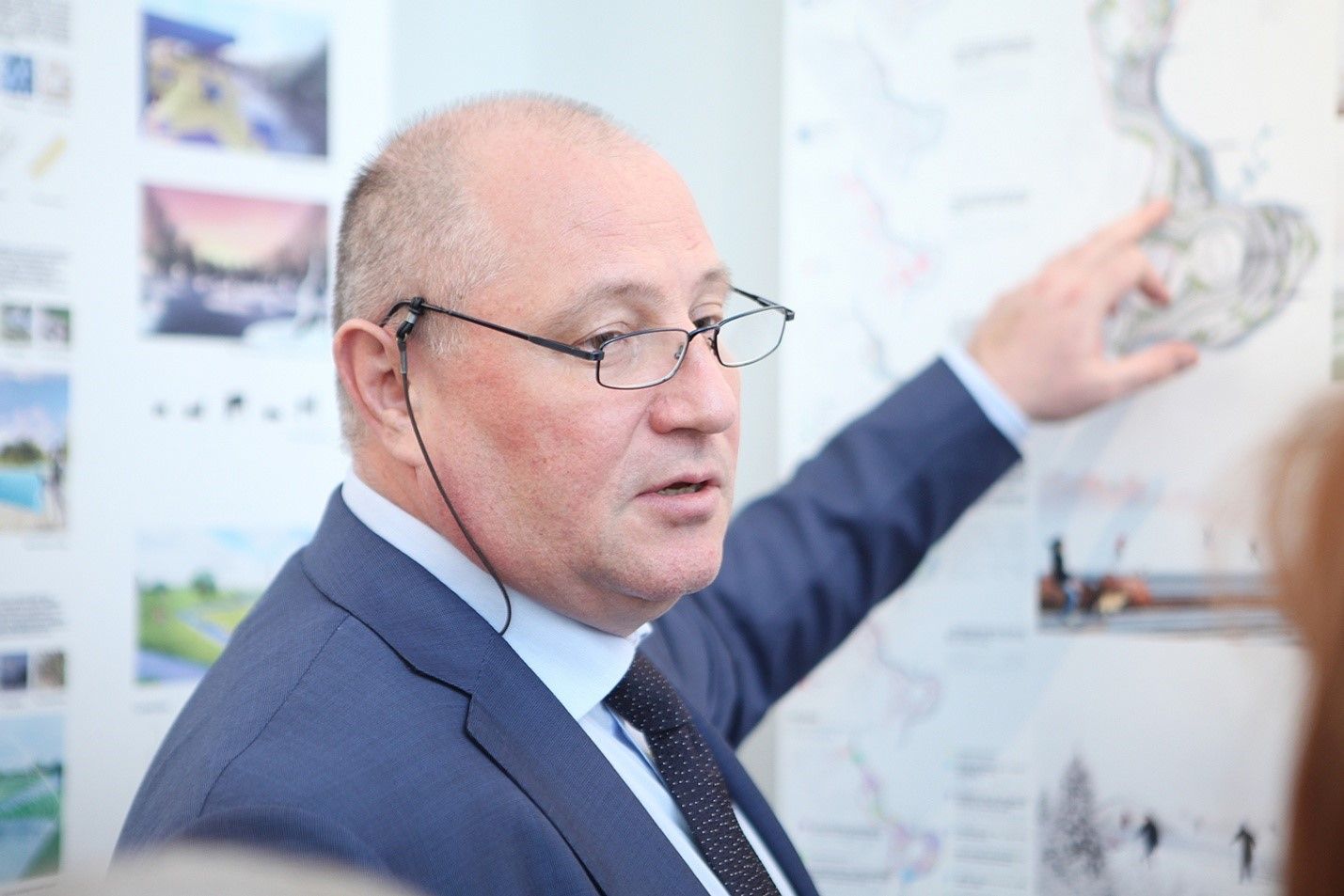 Does the head of the KGA Vladimir Gigoryev act in the interests of Andrei Birzhin?

The question is interesting, especially in the context of Birzhin receiving a site in the historical district of the city, with buildings of architectural and cultural value. However, around Birzhin himself there are enough scandals without Grigoriev.

There are many white spots in Mr. Birzhin's biography. For example, the appearance of Andrei Birzhin in the construction company Tekta Group is not completely clear. According to rumors, Birzhin previously claimed to have founded the company in 2009. But on the company's website, the year of foundation indicates 1999. It turns out that Birzhin could just come into it with a group of new investors at the end of the zero.

In 2009, co-owners of Merlion and Rost Bank Vladislav Mangutov, Alexey Abramov and Oleg Karchev agree to invest in the Tekta Group, and entrust operational management to Andrei Birzhin.

Under the leadership of Andrei Birzhin, the company is active in the suburbs. But in 2013, co-owners asked him to "get out." According to the authors of the site Russian Crime, the alleged fact is that three years later Mangutov and others ordered an audit of the Tekta Group - investors could not understand why a successful company makes almost no profit? Where the money went is still not clear.

However, work at Tekta seems to have allowed Birzhin to gain enough starting capital for large independent swimming. In 2014, he moved to St. Petersburg, invested in Glorax and... suddenly began to receive the most tasty plots of land in the Northern capital for development. Allegedly because of a possible friendship with the ex-governor of St. Petersburg Georgy Poltavchenko. By the way, Mr. Grigoriev was considered a person from the Poltavchenko team.

Market participants do not stop talking that Mr. Birzhin allegedly repeats the scheme of another famous developer - Elena Baturina - the wife of the former Moscow mayor Yuri Luzhkov, who at one time made a multi-billion dollar fortune with the help of her husband's connections.

At the same time, no one drew attention to the fact that recently there was a change of founders in the companies LLC Glorax Real Estate, LLC Glorax Real Estate M and LLC Glorax Development MSK. Earlier, in the first 75% belonged to Artem Doctorov, in the other two 75% was owned by Dmitry Konovalov. These shares in May were transferred to an unknown Yulia Filippova.

It can be assumed that the transfer of assets was fictitious. The remaining 25% in all three companies is owned by Glorax LLC. There is no evidence, but it is very similar to a kind of notice of traces.

Meanwhile, the financial condition of Birzhin's companies raises serious concerns about whether he will be able to complete projects already begun. For example, Glorax Development Moscow LLC (25% of Glorax) earned only 1 million rubles in 2020. With a zero value of assets and an authorized capital of only 10 thousand rubles, only five employees work there. Does it look like some kind of "gasket"?

In Glorax LLC itself, there are only two employees at all. Over the year, the company's profit fell by 269 million rubles and amounted to only 3.8 million rubles. In the head structure of the group, Glorax Group income amounted to less than 30 million rubles. And with what money Mr. Birzhin is going to complete his project on Trolley, and most importantly - what awaits housing equity holders in this situation - it is difficult to say.

Why does this not interest anyone, as well as Mr. Birzhin's possible connections with Vladimir Grigoryev and ex-governor Georgy Poltavchenko? Perhaps the answer lies in the fact that Birzhin is a member of the board of trustees of the Holy Trinity Sergius Lavra and the Moscow Theological Academy. What's the point? And the chairman of this council is no one else, like the head of Rostec, the powerful Sergey Chemezov.

If we fantasize that Birzhin may have such patrons, then the success of the entrepreneur in St. Petersburg, where he gets the most "tasty" territories, would become clear. With such people behind you can get involved in anything - up to the demolition of architectural monuments, despite all the obstacles and discontent of the inhabitants.