The possible participation of the head of Sberbank German Gref in the pharmacological business will become a "sore" for Tatyana Golikova and her "protege" Viktor Kharitonin.

The owner of Pharmstandard Viktor Kharitonin is going to acquire the only bleached cardboard company in Russia, Kama LLC, for packaging drugs of its main asset.

Earlier, the entrepreneur was going to buy the largest Russian asset Mondi "Mondi Syktyvkar LPK," but the deal was rejected by the government. According to the correspondent of The Moscow Post, Mr. Kharitonin could "move" the structures of the head of Sberbank German Gref. Details - in the material of The Moscow Post.

Just in December last year, Mondi, after refusing to cooperate with Kharitonin, sold its business in Russia to Gotek. Since October of this year, Gotek has been owned by the Cypriot offshore SALGON INVESTMENTS LIMITED, behind which are businessman Vladimir Chuikov, his family members and Sberbank.

The Gotek company was partially under the management of the bank as a result of the fact that it took out loans from it too often. Back in the 2010s, Sberbank became the controlling shareholder of the enterprise, but soon Chuikov managed to buy it back.

According to the authors of the Pikabu website, allegedly SBK Cardboard is such a gasket company that Sberbank uses to divide its participation in various enterprises throughout the country. And allegedly "Gotek" too, as they say, "fell under the distribution" in connection with the personal interest of the tops of "Sberbank," including the former head of the RPL Ashot Khachaturyants and German Gref himself.

It was with the active participation of Khachaturyants that Sberbank acquired 100% of Ruben Vardanyan's investment company Troika Dialog in 2011. In 2019, she was suspected of withdrawing $5 billion from Russia through offshore accounts.

Now Mr. Khachaturyants owns the Almaz-Fertilizers company (formerly the Hydrometallurgical Plant), which, according to rumors, was also unfriendly absorbed in the interests of Khachaturyants. 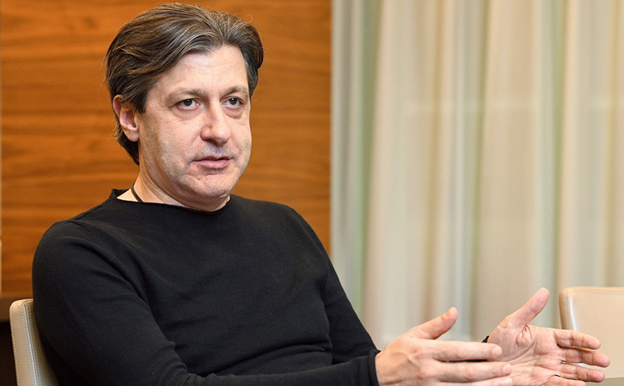 Consequently, the acquisition of Gotek and through it subsequently Mondi Syktyvkar LPK "can also be hypothetically considered from the standpoint of the personal interest of Khachaturyants and Gref. And accordingly, a conflict with Kharitonin, who wanted to take away the asset. Moreover, taking into account the rumors surrounding this entrepreneur, Gref could "step on a sore spot" to much more influential personalities with his actions regarding the LPK.

In particular, the former Minister of Health, and now Deputy Chairman of the Government of Russia Tatyana Golikova. It was with the latter that Pharmstandard and Biocad Kharitonin became systemic suppliers of the Ministry of Health. And, despite all the scandals, they continue to make good money on government contracts.

By the way, until recently, Pharmstandard and Biocad for some reason took part in the same public procurement. Cartel collusion is a concept that does not apply when it comes to Kharitonin's companies?

In March 2020, the Federal Antimonopoly Service (FAS) recognized Arbidol's advertising as violating the requirements of the Law on Advertising, since it was said from TV screens that this drug was effective in the fight against coronavirus, while such information was not in the instructions for use. But instead of stopping recommending the drug to people with coronavirus infection, doctors continued to prescribe it after renaming it Umifenovir. The scandal was hushed up.

How was "released on the brakes" and the story of the production by Pharmstandard of two drugs for cough terpincod and kodelak, which were used by consumers of prohibited substances to create them. Novaya Gazeta wrote about this.

Kharitonin may also be patronized by the husband of Mrs. Golikova, the former Minister of Industry and Trade Viktor Khristenko. According to the authors of the site Moment of Truth," allegedly the son of the latter is an employee of "Pharmstandard."

In addition, according to 2015 data, Andrey Dementiev and Andrey Reus are co-founders of the scientific research center "Scientific Tekhstroy Plus" (part of Pharmstandard). Both of them worked under the leadership of Viktor Khristenko when he was Deputy Prime Minister and Head of the Ministry of Industry and Energy. 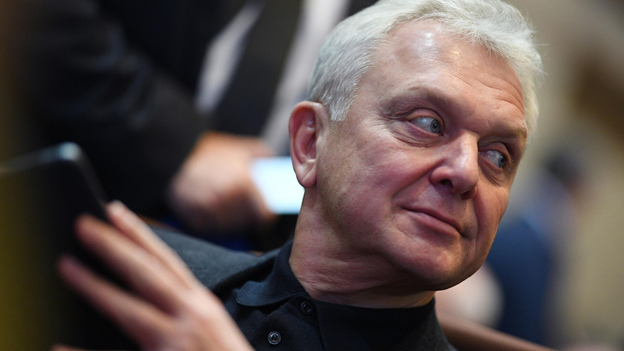 Thus, having bought Mondi in favor of Sberbank structures, Mr. Gref could bypass a very influential family. Sberbank has not skimped on transactions lately - starting with the sale of assets, for which the former deputy of Gref Lev Khasis was previously responsible (he has now flown to America, rumored to solve business issues including Gref), as well as stakes in Fortenova to UAE investor Saif Alquetby (there was a big fuss about this, other Fortenova shareholders declared the illegality of Sberbank's actions) and ending with a possible deal to acquire Yandex.Taxi, which also looks at the interests of the head of the largest state bank.

At the same time, Gref does not disdain cooperation with very dubious structures. As, for example, in the story with the protection of the bank from information attacks. As the correspondent of The Moscow Post recently found out, Sberbank buys such services from structures associated with potential fraudsters from Loko-Bank.

It seems that Gref "went all out" before, perhaps, leaving his post and going after Hasis with the capital accumulated on the above transactions. And, however, an almost open business conflict between the head of the State Bank and the "main one for medicines" is not the most successful "acquisition" for the country.