Echo of the Ugra case: is the head of the Ministry of Agriculture Patrushev connected with the assets of Alexei Khotina

The agricultural bank intended to get back the money issued to companies allegedly associated with the former co-owner of Ugra Bank Alexei Khotin.

As the correspondent of The Moscow Post suggests, the sword of Damocles hung over the assets of the former co-owner of Ugra Bank Alexei Khotin. The network disseminates information that Rosselkhozbank allegedly intends to declare bankruptcy of five legal entities associated with the businessman at once. In the situation, the interest of the former chairman of the board of the RSHB Dmitry Patrushev may be sewn up - otherwise why is the bank's reaction so late?

It is assumed that RSHB, in which Khotin's structures were actively credited, can recover not through bankruptcy, but through collateral, but in this case there is a risk of repaying not the entire amount of debt.

Meanwhile, Mr. Khotin's problems have been well known for a long time. Now he is under investigation in a resonant case of embezzlement of 23 billion rubles at PJSC Bank Ugra. According to the investigation, the embezzlement could be carried out with the participation of other financiers.

It follows from the official accusation that the crimes charged by Khotin could have been committed in 2014-2017, and the thefts themselves could have been made by issuing deliberately non-refundable loans to companies controlled by Khotin. About this writes Kommersant.

According to the same investigation, we are talking about companies LLC Kapstroy, LLC Vostok and LLC Multanovskoye. It was they who could be affiliated with Khotin and participate in the withdrawal of money. However, none of these companies are on the list of those to whom Rosselkhozbank may make claims.

At the same time, Khotin continues to have a history of conflict with the Deposit Insurance Agency, which is trying to get assets from him in order to compensate for losses related to the collapse of Ugra Bank. Recall that the bank was deprived of a license in the summer of 2017.

The wording itself is not quite standard. You can often hear about the revocation of a license due to investments in illiquid assets or non-compliance with measures to counter the laundering of money obtained illegally.

In the case of Ugra, Khotin also has a mention of high-risk assets. At the same time, the regulator's website explicitly states: "The business model of PJSC Ugra Bank was based on financing business projects related to the beneficiaries of a credit institution at the expense of attracted funds of individuals through the issuance of loans to companies whose scale of activity did not correspond to the volume of loans received. The credit institution did not actually lend in any significant volumes to individuals, as well as legal entities not associated with the owners of the bank. "

Later, Mr. Khotin had problems with the DIA, which became the interim manager of the bank after revoking the license. In 2020, a series of lawsuits appeared from the DIA against the assets of Khotin and other top managers of Ugra. In May 2020, the Moscow court arrested the property of former bank executives and related companies in the amount of 5.6 billion rubles.

This was the fourth decision of the arbitration on DIA claims. Earlier, in April, the court had already arrested the property of Khotin and other ex-heads of the bank in the amount of even more - 7.9 billion rubles. From another flank, Khotin was beaten through his oil company Dulisma, which, according to the DIA, turned out to owe Ugra 14.1 billion rubles and $64 million dollars. About all this writes the magazine Company.

In bail "under Patrushev"?

From all the above it is clear that Khotin's cases are already going badly today, but the court has not yet found him guilty of any crimes. And then the question arises: if Khotin has been raining everything for several years, and his property is torn apart by creditors, why did Rosselkhozbank, which has been lending so much to Alexei Khotin's company, "wake up" only now? 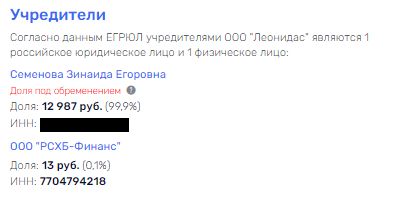 According to Kommersant, the RSHB can make claims to five legal entities. These are LLC Aurora, Leonidas, Promdelo, JSC Kub and MTZ Rubin. Formally, they are not recorded on Alexei Khotin. Take, for example, Leonidas LLC, which is 99% owned by Zinaida Semenova (most likely, the nominal person). Less than 1% belongs to RSHB-Finance LLC, but what is important is that all shares are pledged to RSHB. 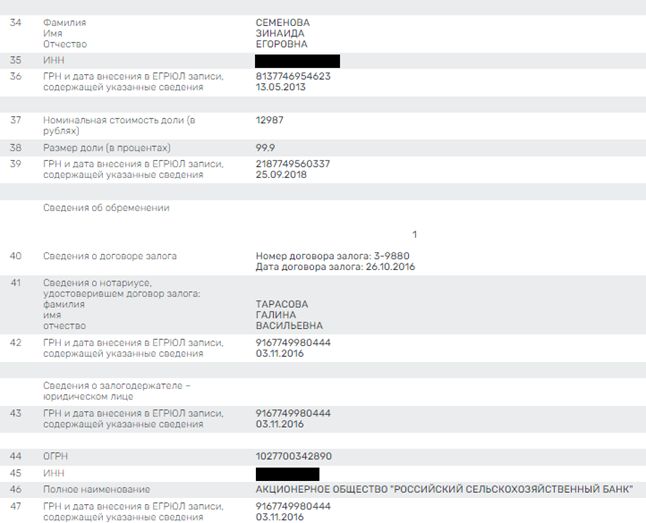 In the case of Leonidas, we are talking about a pledge from 2016. That is, just during the period of crimes incriminated to Mr. Khotin. And it is here, for sure, as they say, "the dog is buried." At that time, the RSHB was led by none other than the current Minister of Agriculture Dmitry Patrushev. Previously, he served as chairman of the board of the RSHB, and loans to companies that may be related to Khotin were to be issued upon its approval.

Where this money went later is a very big question. And Hotin is already being asked through the court. But what if, in reality, this money was intended for Mr. Patrushev himself, and then settled on some offshore accounts.

Yes, this is just a version, but it could explain why the RSHB was almost the last to join the attempt to participate in the fate of Mr. Khotin's assets. Recall also how Patrushev left the chairmen of the board for promotion in 2018 - that is, after the detention of Khotin and after the criminal history of the latter began to unfold. Coincidence?

Even more strange is the following theory. At the time the license was revoked from Ugra Bank, the Prosecutor General's Office, which was then led by Yuri Chaika, suddenly hastened to intervene. Then she tried to challenge the revocation of the license from Ugra Bank. Tell me, in the history of modern Russia, have we seen a similar reaction of the prosecutor's office to the actions of the Central Bank? All we could remember was this incident.

Conversations look even more wild that such large officials as former Interior Minister Boris Gryzlov could walk in Mr. Khotin's patrons. About this, in particular, wrote Forbes.

But who is banker Khotin for Gryzlov? One of many. But Dmitry Patrushev, not to mention his extremely influential father, is a much more powerful and resource figure. So maybe the Prosecutor General Chaiki and the head of the Ministry of Internal Affairs Gryzlov did not defend Khotin at all, but Mr. Patrushev? The bank under whose management so generously credited Khotin's company that it will now recover money through the court.

Was that what they were looking for?

It will not be superfluous to recall what happened at the RSHB - a bank with major state participation. After Patrushev left, Boris Listov came to his place. But he was in no hurry to deal with problem loans to companies allegedly close to Khotin. And even before that, just when the Ugra license was revoked, it became known that the RSHB was capitalized by as much as 50 billion rubles.

And even despite this, the bank still went into profit. In general, from 2010 to 2017 (before Patrushev left), the bank received more than 300 billion rubles from the state. In addition, according to some estimates, his loan portfolio could exceed capital by space amounts from 700 billion to 1 trillion rubles.

Another incredible fact: it turns out that before Dmitry Patrushev left the bank, all information about problem loans was classified through the 2nd department of the K Directorate of the FSB SEB. About this wrote Novaya Gazeta. This Office is supervised by the Central Bank. It turns out that even the head of the Central Bank Elvira Nabiullina cannot intervene in the activities of the RSHB? 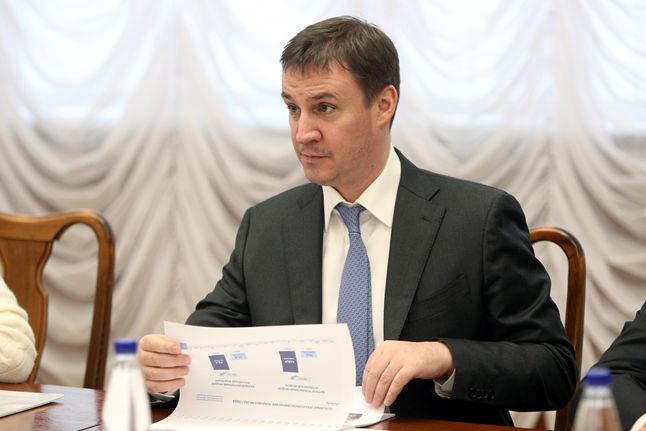 In the whole story with Ugra, RSHB and Khotin, Dmitry Patrushev turned out to be completely "out of business"

It is funny, but the media even then said that secrets were allegedly made only so that Mr. Patrushev did not have questions about his previous place of work. Now, when the story with Khotin develops, all this looks even more suspicious, and most importantly, almost completely unpromising. Indeed, over the years, if what assets in LLC Aurora, Leonidas, Promdelo, JSC Kub and MTZ Rubin remained, then they could have been withdrawn from the country for a long time. Now it's a small matter - completely bankrupt them, and ends in the water.

Maybe together with Khotin investigators it was worth looking at another ex-banker, who is now very concerned about the development of domestic agriculture?