Behind the fall in prices for metal rental may be possible dumping by MMK. Viktor Rashnikov "undresses" competitors and "nods" to the state?

According to the correspondent of The Moscow Post, the network discusses falling prices in the Russian metal rolling market. As follows from the message of the Magnitogorsk Metallurgical Plant (MMK) Viktor Rashnikov, the fall is allegedly due to the recent introduction of export duties on steel in the Russian Federation.

However, price declines occur over a longer period of time. Market experts do not exclude that dumping by MMK itself, one of the largest steel producers and exporters in the country, may be responsible for this.

Attention is drawn to the fact that large media outlets operate mainly with MMK information. Does this not look like a custom campaign to manipulate the market? Earlier, Viktor Rashnikov's MMK remained in serious favor with rising prices for its products.

MMK was one of the first to start lowering metal rental prices after the introduction of duties on August 1. He was followed by other giants of domestic metallurgy - including such as Severstal Alexei Mordashov. Meanwhile, they are in no hurry to justify the fall, like MMK.

At the same time, the forecasts of analysts who predicted a decrease in prices also did not fully materialize. The fall in prices was less than the expected 25-30%. It may continue in the fall, but one who is more focused on the domestic market benefits from this state of affairs. That is, MMK. About this writes Kommersant.

MMK Rashnikov is doing very well. In 2020, the plant earned 52 billion rubles of net profit with revenue of 400 billion rubles. Recently, Rashnikov even decided to part with 3% of his package when placed as part of the SPO. In this case, he will be able to raise about 23 billion rubles, and his share will decrease to 81.6%. 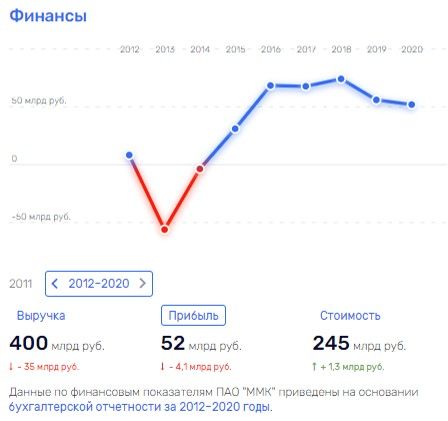 All other things being equal, MMK receives enormous revenue and profit

Such a step will attract investments to the plant and increase the cost of shares. Apparently, this is Rashnikov and it is necessary to bring the level of their free circulation (free float) to the level of, for example, Severstal, while retaining control and being able to "dump."

At the same time, the plant belongs to Viktor Rashnikov, as it is, not directly, but through the Cypriot offshore Mintha Holding Limited. Apparently, Rashnikov does not really like paying taxes in Russia? And hiding money abroad is much safer than at home.

Shareholders are out of business

Companies close to Rashnikov have previously tried to attribute a special manner of behavior on the market, including on the stock market. Earlier, Forbes told a story how two traders, Danil Sheinin and Irina Mulyavko, were able to deceive MMK by manipulating its shares through a subsidiary of the plant, MMK-Finance LLC.

The damage to this company, as well as to all MMK, amounted to almost 90 million rubles. Traders acted on the Moscow Exchange, used several schemes. The first, roughly speaking, was to mediate the resale of MMK-Finance shares of the same company at an inflated price.

The second concerned manipulation of the issue of bonds. But the main strangeness that it turned out to be for several years. Could anyone else from MMK management engage in such "games" on the stock exchange?

The capitalization of a company is both its income and the taxes that it pays to the budget. Earlier, First Deputy Prime Minister of the Government of the Russian Federation Andre Belousov already said that last year, metallurgists "knocked out" the state for 100 billion rubles. About this wrote RBC. Was there, among others, MMK Rashnikov, who is now trying to justify his reduction in prices with duties?

All this brings us back to the figure of the owner of MMK Viktor Rashnikov. Now he has in his hands a package of almost 85%. And he found himself under very strange circumstances. Rashnikov did not come from the outside - he worked all his life at MMK. Went from worker to CEO.

Only former and current MMK employees believe that when privatizing the shares of the enterprise (began in 1997), Rashnikov could get his stake in a dubious way. It is said that he banally bought shares from his colleagues in the mill, taking advantage of their illiteracy and misunderstanding, what benefits can be gained from the possession of such papers in the future.

If so, then clearly not with everyone. There were those who did not sell their packages. Only then they could have a problem with dividends. As the author of the Picabu website said, allegedly his grandfather, who gave the plant most of his life, at some point missed the dividends due to him.

The essence of the story is simple - he banally forgot about his package, the information about which was contained in the registry of the corresponding organization. Then it turned out that part of the accumulated dividends was simply seized as "not in demand." Although the owner of the shares himself did not receive any notifications over the years - in general. If this is true, then it is unlikely that the situation affected only one of him.

Today, former and real MMK employees continue to criticize Rashnikov, consider him a machinator and traitor. On social networks there is the group "Deceived Shareholders of MMK OJSC," who believe that the current owners of the plant simply deceived them. Earlier, Rashnikov also got the state stake, which he remained - about 17% of the structure.

However, not to say that MMK with all profits is developing rapidly. The mill needs to modernize the equipment, and unpleasant excesses often occur in the production itself.

In December 2018, a huge carbon-plastic box collapsed on the MMK building, where technologists were at that time. One worker died, the portal 74.ru wrote about this.

Another worker died in the same year, having received a fatal injury during the installation of equipment at the plant, when the rope of the lifting mechanism burst. This was reported by the publication Verstov.Info. This list can be continued, starting in the 90s, when MMK assets were in the hands of the state.

Another case occurred in September 2020. At that time, the emergency occurred not at the production site, but at the MMK production asset - the Chertinskaya-Koksovaya mine, which is part of the MMK-Coal production association. This is the daughter of MMK PJSC. One miner died, Komsomolskaya Pravda wrote about this.

The last resonant case at the moment occurred in the workshop of MMK itself - in January 2021 there was a fire. It seems that they can save on the safety of production there. As well as on environmental safety - in 2018, MMK was fined for relevant violations. 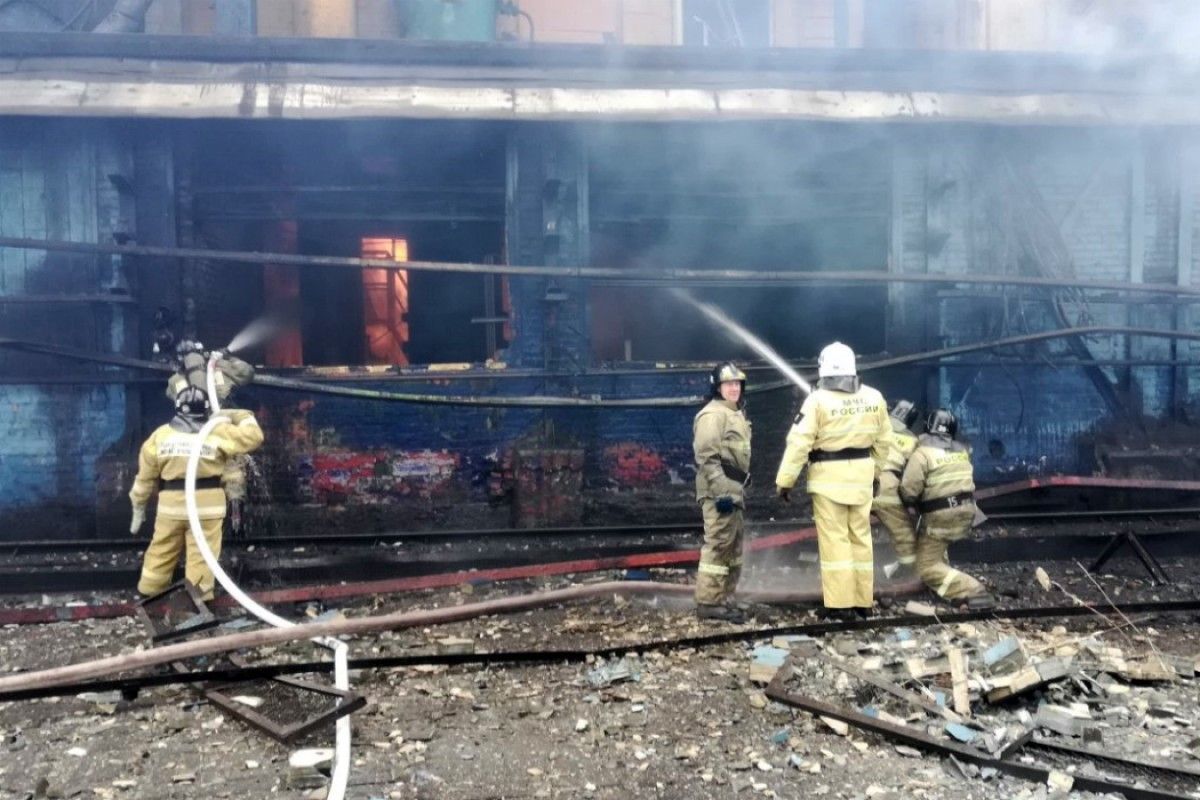 Then there were rumors that this could affect the positions of the governor of the Chelyabinsk region Boris Dubrovsky. Looks like that's what happened. Dubrovsky was replaced by Alexei Texler. But rumors about the former governor's connections with MMK did not go anywhere.

If there was a friendship, then it ended. In August 2021, it became known that MMK filed a lawsuit to collect debt as part of the bankruptcy of Montagnik software. This company belongs to the family of the ex-governor of the Dubrovsky region. Many corruption scandals are associated with the latter, to which Viktor Rashnikov is also trying to be attributed.

In December, on the Direct Line of the President of the Russian Federation Vladimir Putin, he was complained about the difficult environmental situation in Magnitogorsk, which the applicant associated with emissions at MMK.

"For me, frankly, this is even unexpected, because I know that Magnitogorsk has invested quite a lot of funds and resources in updating production in recent years. Precisely in order to reduce the amount of emissions. And it really, according to my information, was decreasing. And here suddenly such an appeal, Interfax quotes the President.

So where, in this case, did the money allocated to reduce emissions go? Could they be offshore, close to Rashnikov?

And while prices are dumping on the market, Severstal and other market players suffer losses, and former MMK shareholders are trying to achieve the truth, Rashnikov himself lives in luxury. As of April 2021, he took 15th place in the Russian Forbes with a fortune of $11.2 billion. Over the year, it grew by almost $4 billion.

There is no reliable data, but according to unconfirmed information, Rashnikov has real estate in France: two villas on the Azur coast (Nellcote worth €83 million and Les Figuiers for €45 million) and an apartment in the very center of Paris, a 5-6-minute walk from President Macron's residence. 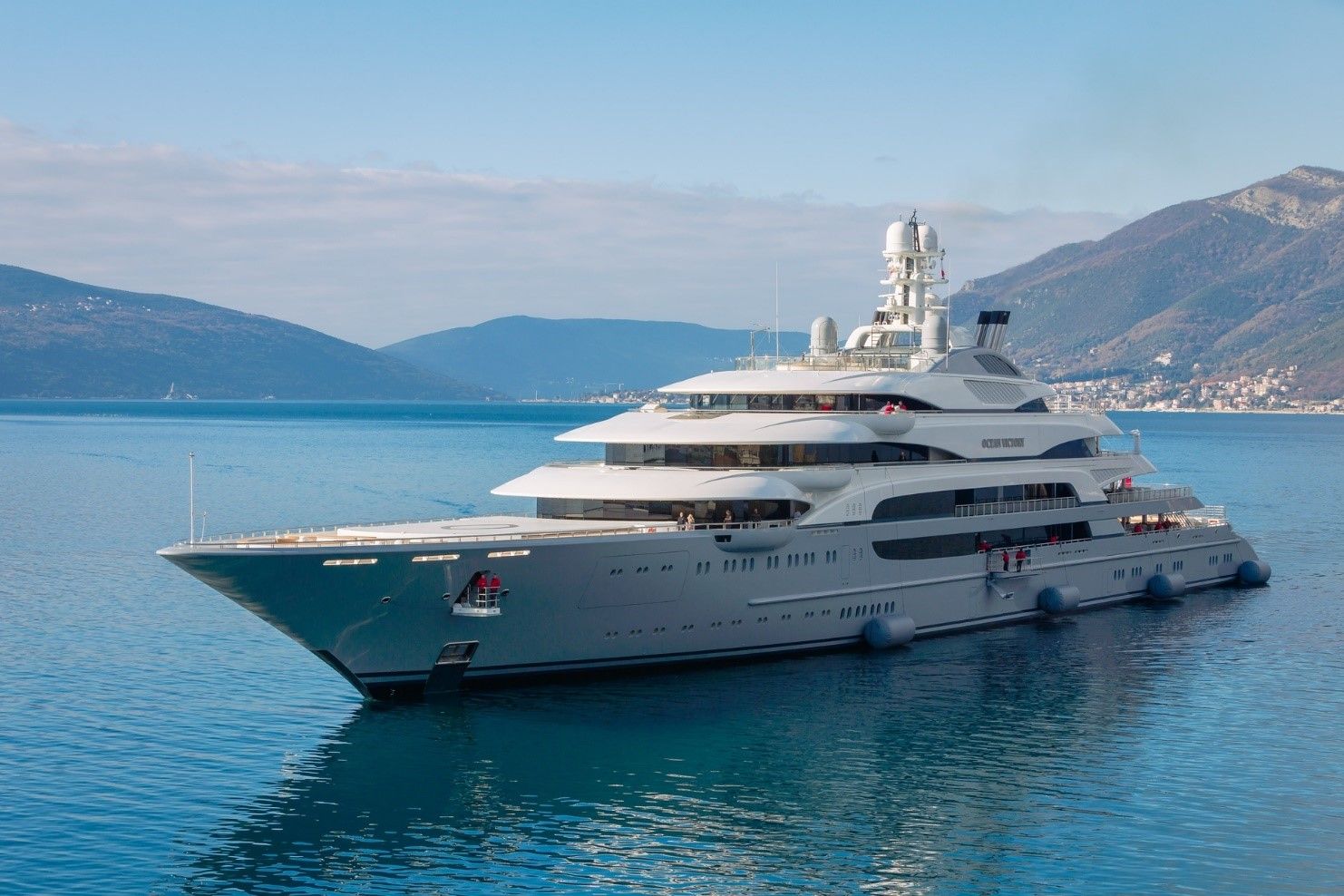 The oligarch flies on the "golden" business jet Gulfstream G650ER with the tail number VP-BOT worth $75 million, which is registered in Bermuda. And floats on a megayacht Ocean Victory worth $400 million with the Caymanovs.

You can't ban living beautifully, and all the problems of the industry, as always, are easy to write off to the state: duties, taxes, and just bad weather.