Deripaska will "grow" to Natura Siberica

Who benefits from the change of leadership of Natura Siberica in the face of a hereditary-corporate conflict over the assets of Dmitry Trubnikov and what role does Oleg Deripaska play in the conflict?

According to the correspondent of The Moscow Post, the new president of Natura Siberia, Sergei Builov, banned access to the company to its co-owners and heirs of the founder of the group Irina and Dmitry Trubnikov.

Since then, scandals have shaken the company: the wives and children of a businessman share the inheritance, and former companions cannot restore production.

The change of leadership of the company took place in early August, and apparently the heirs of the businessman did not immediately find out about this.

According to Rusprofail, Dmitry Gazner is listed as the general director of the company.

On August 4, the head of six of the 10 legal entities through which Natura Siberica works was replaced at the Unified State Register of Legal Entities. Instead of the management company LLC Law Agency Cesar Consulting, General Director Dmitry Ganzer was appointed.

Sergey Builov came to the aid of Dmitry Ganzer. The new general director of the company, Dmitry Ganzer, invited by the general meeting of owners to stabilize the situation, appointed former ex-director Sergei Builov as the new president of the company.

However, what can be the reason for such harsh measures against the family members of the former owner by Builov? It is not yet clear.

According to Dmitry Ganser, quoted by Lenta.ru, the task of the new leadership is to "stabilize and debug all the most important management processes of the company and allow the team to work as usual."

However, while the initial actions suggest the opposite. Intra-corporate conflicts appear to be resuming with renewed vigor.

The previous leadership, represented by Boris Lyuboshits, could not take control of the company's affairs, as it allegedly faced serious opposition inside Natura Siberica.

Will Builov manage to cope with the situation, and who are the mysterious forces that opposed Mr. Lyuboshits, and why did Builov prohibit access to the company to Trubnikov's first wife?

Recall that the scandals with litigation do not subside around the company.

Trubnikov's relatives are constantly suing the company in anticipation of the inheritance, believing that the trustee Luboshits appointed after the death of the businessman works against them.

At the same time, another court continues to recover more than 4 billion rubles from Natura Siberia.

If the company loses it, then, regardless of the outcome of the corporate conflict, members of the Trubnikov family will be left without inheritance at all, reports. Note that Irina Trubnikova, the first wife of the founder of the company, owns 40% of First Solution LLC, the makeup manufacturer Agafya's Grandmother's Recipes, and the businessman's son Dmitry Trubnikov has 15% of the shares in her hands.

A series of mutual accusations and disputes began immediately after the death of the businessman.

Trubnikov's relatives demand that the decisions of the extraordinary meetings of the LLC members through which Natura Siberica works be invalidated and that interim measures be taken in the form of a ban on amending the constituent documents and information contained in the Unified State Register of Legal Entities.

It turned out that part of the extraordinary meetings on April 16 was convened by the legal agency Cesar Consulting, and the other part was the founder and president of this agency, Boris Lyuboshits.

Notary Aigul Karnaukhova, who is conducting a hereditary case, concluded trust management agreements with them Trubnikov's shares. In most companies, these shares are 55-62%, in one - 50%.

According to the law, these meetings are convened to elect a new leadership, since after the death of the founder of the company there is a risk of illegal withdrawal of money.

Family members doubted the actions of Lyuboshits and began to sue. This is evidenced by file cabinets of court disputes.

For example, the definitions of the arbitration court of the Kamchatka Territory in the lawsuit of Irina Trubnikova reflect the actions of Lyuboshits as "not related to the interests of the heirs, since they are not aimed at preserving the hereditary mass." The plaintiff believes that the true goal of the trustee is to "seize operational control."

Trubnikov's first wife believes that Boris Lyuboshits planned to seize the business and unite under his leadership all companies in control of society and a number of other companies included in the single holding Natura Siberica.

Interestingly, Irina Trubnikova filed 8 lawsuits, one lawsuit was filed by her son Dmitry Trubnikov and second wife Oksana Trubnikova - in the interests of common with the deceased minor daughter Elizaveta Trubnikova. In eight cases, the plaintiffs were completely denied by the courts. The courts applied interim measures to two companies: Kamchatka Mom and Black Rock.

A contradictory impression is left by the widow of the founder of Natura Siberia, Anastasia Trubnikov, who, unlike other spouses of the entrepreneur, does not file a lawsuit in court - she is only mentioned as a third person in other lawsuits.

The Shadow of the Oligarch

No less interest of market players is caused by the lawsuit, which began during the life of Trubnikov and for which the interests of Oleg Deripaska are manifested. 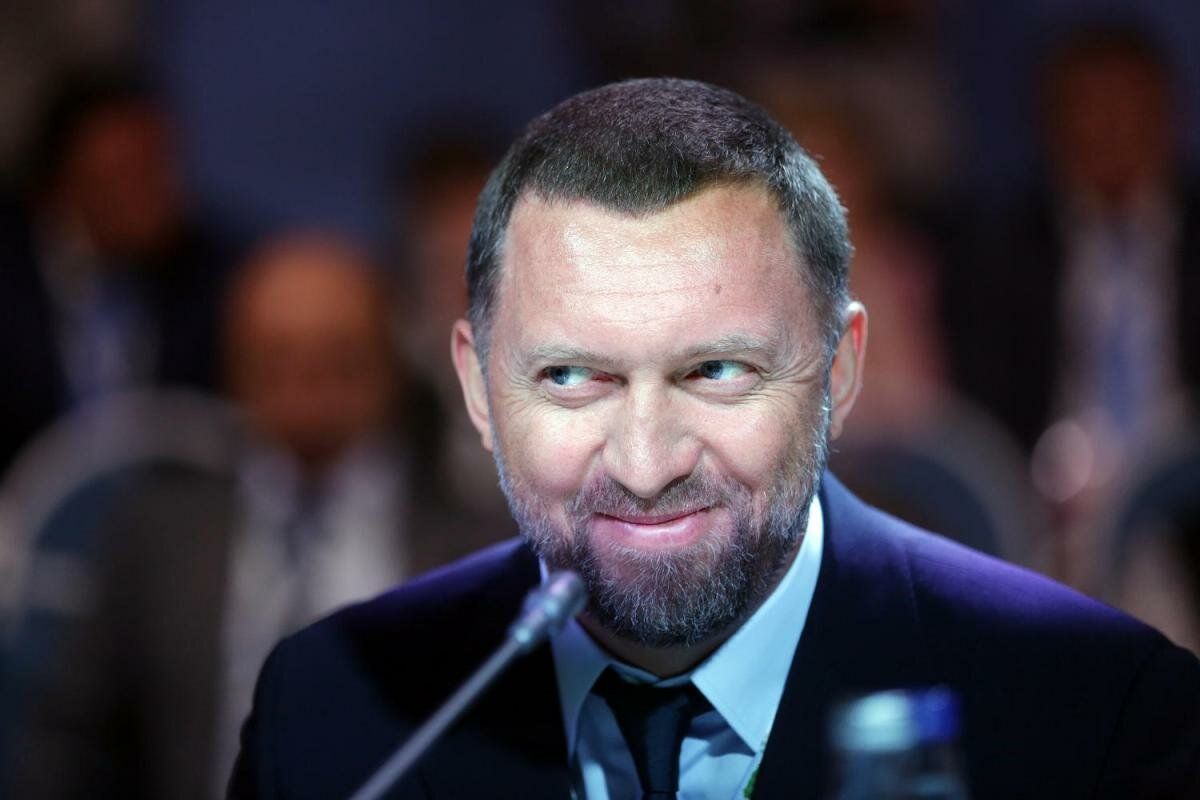 On March 21, 2020, a fire at the Dmitrovsky Experimental Plant for Aluminum and Combined Tape (DOZAKL), where the businessman's company First Solution rented premises, destroyed more than 80% of industrial zone buildings on an area of ​ ​ 60 thousand square meters. m Among the possible causes of fire, the version of arson was also considered.

Trubnikov filed a lawsuit against Trubnikov's First Decision by En + Recycling, for which the plant's energy-supplying assets were issued. DOZAKL became another plaintiff. The amount of claims amounted to 4.5 billion rubles. 65 brands (including the famous "Recipes of Grandmother Agafya" and Organic Shop) and even Natura Siberia cars have been granted interim measures.

Later, one of the plaintiffs was replaced in the case. Ingosstrakh took the place of En + Recycling, which increased the requirements to 5.3 billion rubles.

Later, they were clarified several more times. At the moment, Ingosstrakh requires almost 1.5 billion rubles, DOZAKL - about 2.7 billion. Total - almost 4.2 billion. For comparison, the revenue of the First Decision in 2020 amounted to 6.6 billion with a net loss of 387 million rubles.

Recall that after the lawsuit of En + Recycling LLC on May 7 this year against the First Decision company, the main legal entity of the manufacturer Natura Siberia, the court has already introduced restrictive measures in relation to 65 trademarks of the First Decision.

They prohibit the Federal Intellectual Property Service from performing any registration actions with brands: the company cannot sell them, re-register them with other legal entities and the like. Among the frozen brands, the most famous are Agafya's Grandma Recipes and Organic Shop, as well as the names of other products from these lines. Also, the units of the GUOBDD of the Ministry of Internal Affairs of the Russian Federation are forbidden to register any actions on three cars of the First Decision.

At En + Recycling LLC, energy-supplying assets of the Dmitrovsky Experimental Plant for Aluminum and Combined Tape (DOZAKL) were issued, part of the premises of which was leased to various companies, including Trubnikov's First Solution.

Both En + Recycling companies and DOZAKL LLC are owned by Cyprus En + Package Ltd., according to The Bell, "until March 11, 2016, En + Recycling belonged to En + Group Oleg Deripaska and its associated Dasten Ltd, follows from the list of affiliates, despite the fact that En + Group denies at least some connection with "En + Rezikling, "it is known that after the fire, the representative of Rusal, co-owned by Oleg Deripaska, met with Deputy Prime Minister of the Moscow Region Vadim Khromov and discussed the restoration of the burnt plant.

Despite the fact that Oleg Deripaska owns 10% of Ingosstrakh, many call him the main owner of the company.

Recall that Andrei Trubnikov was in the process of divorce from his third wife Anastasia, but did not have time to divorce.

It is noteworthy that under the terms of the marriage contract, Anastasia Trubnikova would have received less money after the divorce than being the widow of a businessman.

The vague situation with the testament of the deceased, apparently, is not known to a wide range of people. In the absence of a will, the widow of the deceased Anastasia has the right to allocate a marital share (50%), and the remaining, in equal shares, will be received by the heirs of the first stage, that is, children.

In this detective story of the company, there are many dark spots. And there are no answers to many questions yet. At the same time, it is known that companies with which Trubnikov had property disputes lead to oligarch Oleg Deripaska. This was written by The Moscow Post.

It is curious that the shares of Trubnikov's relatives in the group's companies reach from 50 to 62%. Allegedly, the death of one oligarch could be related to claims against the company by another: more than 4 billion rubles, the company En + Recycling LLC, which billed Trubnikov 4 billion rubles, could be associated with Oleg Deripaska.

Probably, it is in his interests that the widow of Andrei Trubnikov Anastasia can act. At the same time, the woman could declare her children as third parties in the claim of En + Recycling, and also claimed her rights, and the rights of dependants in the amount of about 30% of the share of the structure.

Noteworthy are the "oddities" in the behavior of Anastasia Trubnikova. Her interests are represented by lawyers of the Sovfracht transport company, the daughter of the country's largest transport and logistics group Sovfracht-Sovmortrans, whose final beneficiaries are Alexander Ivanov and Dmitry Purim. It is possible that they, in turn, can act in the interests of Oleg Deripaska.

Could Sovfracht agree with Anastasia to receive a stake in exchange for protecting her interests? In this case, Sovfracht will receive a stake in Natura Siberica, assuming that the production of cosmetics is not a business characteristic of the transport company, everything is probably done in the interests of Deripaska, to whom Trubnikov's company may depart.

As the development of events shows, the lawsuit "En + Recycling" to Natura Siberia may become fatal.

If the company loses the court, the whole production will stop, the chain of stores will close, Forbes pessimistically predicts the situation. In this case, the heirs, except the widow of Anastasia, will remain with nothing.

The property of the "First Decision" will be sold off, and the company faces bankruptcy.

Given the scandalous decisions of the new president of Natura Siberia, Sergei Builov, who forbade the main applicants for the inheritance of a businessman to visit the company, even more questions arise.

We add that in July, members of the Trubnikov family entered, six months after the death of the businessman, an inheritance that, however, still has to be defended, whether the new company leaders can work against the relatives of the founder of the company, and whether they will also become defendants in lawsuits as their predecessor Lyuboshets.

Also of interest is the ability of Builov and Hanser to withstand the onslaught of Deripaska, and, in principle, the readiness to fight back. However, the mission of the new directors of the company and their possible connection with the oligarch has yet to be clarified.