Deripaska is not visible behind Potanin

Why is it that in the event of an emergency at the facilities of Norilsk Nickel, they only remember Vladimir Potanin, as if they forget that one of the largest shareholders of the company, Oleg Deripaska, is also responsible for them?

According to the correspondent of The Moscow Post,  about 135 residential buildings and 15 social facilities in the village of Nickel in the Murmansk region were left without water supply and heating on Sunday night due to the collapse of the overpass of the Kola MMC smelter, the structure of Norilsk Nickel. This is not the first emergency at the plant's facilities this year alone - accidents occur with really frightening regularity. At the same time, mostly "stones fly" to the diriction of Vladimir Potanin, and co-owner of MMC, Oleg Deripaska, for some reason, seems to stay aside. Meanwhile, it is he who insists on paying a solid dividend, which his "sworn friend" Potanin wants to direct to modernization. And while the businessmen "tug of war", Nornickel is "falling apart" literally in front of our eyes.

The collapse of the overpass to the village of Nickel was an occasion to once again recall what is happening at the facilities of the MMC. More than a hundred residents were left without heat on a frosty night, but at least this time there were no casualties. But they were very recent: at the end of February, a crushing plant at the Norilsk Concentrator collapsed, as a result, three workers died and five others were hospitalized. The situation at the Oktyabrsky and Taimyrsky mines, which were flooded, risked turning into a tragedy with the death of people. Fortunately, at that time, work on them was promptly suspended, taking into account the mistakes of the past.

In this regard, the plant in general is an enterprise-"antinewsmaker". Everyone perfectly remembers the resonant story with the fuel spill near Norilsk, which occurred in May last year. As a result, MMC was ordered to pay a record multibillion fine - at first Potanin "fought" for the opportunity to reduce its amount, but eventually will pay even more.

Every time they think about the state of emergency at the Norilsk Nickel facilities, they first of all talk about Mr. Potanin, for some reason forgetting that Oleg Deripaska, whose Rusal owns 27.8% of MMC shares, is also responsible for the fate of the enterprise. But it seems that he does not want to be responsible for accidents, continuing only to lobby for the highest possible dividend flow.

Deripaska has already rejected a proposal to limit payments for 2020 to $1 billion, and is now fighting for the remaining $3.5 billion, despite the $2 billion fine awarded for the May spill and the argument that this is "socially unacceptable." According to Interfax, Potanin continues to convince his partner of the need to reduce dividends in order to modernize Nornickel, but the beneficiary of Rusal stands on his own. Meanwhile, Potanin has already said that he will pay a record fine, including by reducing payments to shareholders.

In the meantime, such "stubbornness" may go sideways for Mr. Deripaska. As reported by RIA Novosti, in early March, President Vladimir Putin called for directing dividends to the development of companies, and not hiding them in "safe havens". In fact, if Deripaska once again ignores Potanin's demands, he will ignore the words of the Head of State. And this, at least, will not remain without attention. 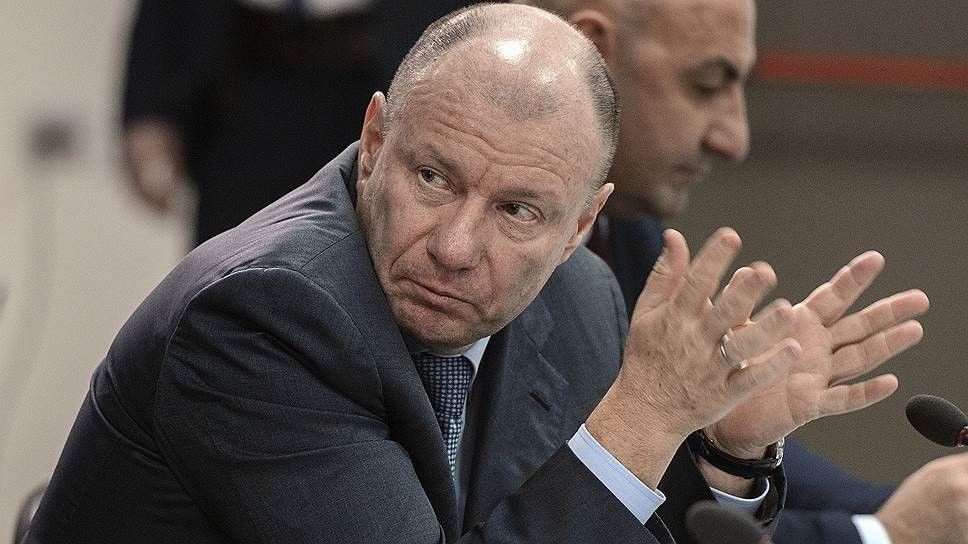 Against the background of negative news about the work of Nornickel, Vladimir Potanin even managed to become the richest Russian according to Forbes magazine. However, he stayed in this status for only a few days, while the shares of MMK "went down" after another emergency

In addition, there was even a feeling that Deripaska could "put a stick in the wheels" of his "sworn friend". As Kommersant wrote, earlier Rusal broke a deal to create a joint production of Nornickel with Musa Bazhaev's Russian Platinum. There was talk that until Deripaska and Potanin agreed, the MMC would not have a quiet life. However, at the beginning of this year, a joint project, the Arctic Palladium joint venture, is to appear.

Recently, Mr. Potanin also got a share of Grigory Berezkin in the Bystrinsky GOK, as it was previously written in detail by The Moscow Post. It turns out that Deripaska's opponent is strengthening his position. Can this turn into problems for the latter?

The talk of the town

The dividend policy became a stumbling block in the relations of the businessmen back in 2008. At that time Rusal began to pursue a policy of "squeezing out" generous dividends, while Potanin wanted to direct funds to investment in development. In 2018, the result of a 10-year conflict almost became the so-called "Russian roulette" - with such a scheme, shareholders could sell their stakes to each other, offering a high price. The case then even reached the London court, but was "buried" because of the sanctions imposed on Rusal.

The confrontation has long passed into the public plane. For example, last year, a statement was published on the Interros website (an asset of Potanin, through which he owns 34.6% of the shares of Nornickel), in which Rusal was accused of putting pressure on the company. They say that Deripaska is trying to use the situation with the fuel spill in Norilsk and "under the guise" conclude a new shareholder agreement that would guarantee him the payment of maximum dividends. The billionaire was directly accused of sitting on the "dividend needle".

Earlier, on the official website of Rusal, they said that they were in favour of further tightening of control systems, and the Potanin management was accused of incompetence, in fact, putting on it all the responsibility for the emergency that occurred in May.

It seems that Mr. Deripaska has made himself very comfortable: for all the emergencies, he "puts" the responsibility on his partner, and he does not forget to regularly receive millions from the company, from year to year trying to "pull out" more and more. But the responsibility for all the negative events lies also on him - yet the company's funds "flow" into his pocket, and not for modernization.

RIA Novosti recently recalled what incidents occurred at the facilities of Nornickel only in the last five years. In addition to the events mentioned earlier, in 2019, as a result of an emergency at the Taimyrsky mine, three miners were killed, in 2018 there was a fire at the Nadezhdinsky Metallurgical Plant, in 2017 - steam removal structures collapsed at the latter, and an explosion occurred at the mine, which killed 4 miners, in 2016 a sinker died in the mine due to the flushing of the flow from the rock mass at the Mayak mine, in 2015 - at the Oktyabrsky mine, a rock mass collapsed, as a result of which two miners died. What can be said, a very frightening list! But most of the accidents could have been avoided if the modernization at the plant was carried out on time.

It is also worth noting the colossal damage that the company has caused to the ecosystem of Taimyr over the years. Norilsk is traditionally one of the "top" most polluted cities in the world and the dynamics over the years is not pleasant. Benzapyrene in the air, heavy metals in the ground, nitrates and fluorides, dirty water – this is what has been living with for more than one generation of Norilsk residents. It is clear that situations like the May spill only worsen the already distressful situation.

But Mr. Deripaska is not a man who cares about nature. Recall at least the story of the old beryllium tank near Kandalaksha in the Murmansk region, which, as eco-activists fear, can "explode" almost at any moment. Both the tank and the beryllium are the legacy of the Kandalaksha aluminum plant, part of Rusal, but the plant deftly dumped the waste from the balance sheet at the dawn of privatization, and now it carefully pretends that the plant did not litter the forest near the city. In the event of an emergency, Deripaska will answer for the unfulfilled demands of the prosecutor's office and Rostekhnadzor for the disposal of the heap, and the case promises to be long and resonant. Given the behavior of the billionaire around the situation with the fuel spill near Norilsk, we must assume that it is unlikely that anyone will give him a "helping hand". 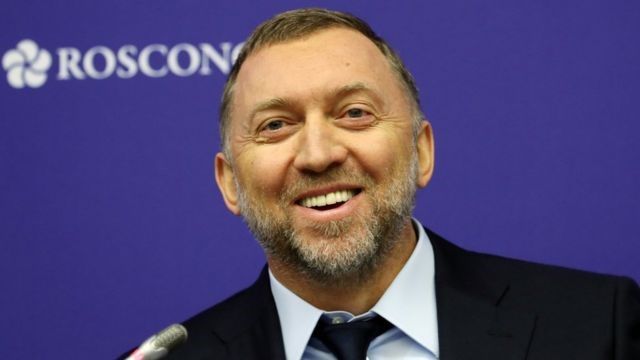 Does Deripaska live by the principle: "I will take someone else's, I will not give my own"?

Things aren't going well for him anyway. Due to being included in the sanctions list, he has already sold off the GAZ Group's plants, as well as reduced his shares in foreign assets. However, there are still rumours that he actually continues to maintain control over the group, which even caused an international scandal, as previously described in detail by The Moscow Post.

Besides, the billionaire is sitting in a "debt hole". He has been credited to the very "ears" since the crisis of 2008. As Kommersant wrote, he took $4.5 billion from Vnesheconombank, three years later he refinanced one and a half billion of them. Then Rusal was financed for $9.5 billion, and in 2014 the oligarch took loans from Sberbank and extended them. At the beginning of 2020, he asked the state for 30 billion rubles. In fact, he spends the dividends from the stake in Nornickel, which fully cover the payments, to pay for the loans.

At the same time, the businessman himself does not really like to share money with others and does not pay dividends in his En+. He does not pay at all - with a net profit of $1 billion. He refers to the pandemic and the decline of the economy. However, such tightness is no good for him - the company's shares due to such news "fall" for the second day in a row, the fall is already at the level of 8%.

Deripaska obviously does not like criticism in his address. But he himself is not averse to criticise someone on occasion. Especially often  the Central Bank "gets" from him. For example, last autumn, as RBC wrote, he called the results of its work disgusting. And in the summer, he accused the Bank of Russia of monitoring the compliance of Russian enterprises and organizations with sanctions imposed by the United States. And in the spring, at the very beginning of the COVID-19 pandemic, he criticized the institution for "not realizing the depth of the growing problems." Is the billionaire so desperate that he can only "attack" everyone around him, while seemingly not wanting to admit his own "failures"?

It seems that Deripaska is experiencing the "dark" streak now - the position of his opponent is strengthening, the businessman himself is in debt and his situation is only getting worse because of the sanctions. It seems that he will no longer be able to "pull out" solid dividends from Nornickel and not being responsible for what is happening at the plant.