Deripaska and Yevtushenkov will take "Nature"

In the struggle for the inheritance of Andrei Trubnikov, one of the richest people in Russia Oleg Deripaska and Vladimir Yevtushenkov came together. Heirs and other shareholders can only be a bargaining chip for them.

According to the correspondent of The Moscow Post, the information of our publication about the participation of Oleg Deripaska's structures in the hereditary and corporate conflict in Natura Siberica, a maker of cosmetics under the brand name "Recipes of Grandmother Agafya," founded by Andrei Trubnikov, was confirmed.

Currently, the En + Group owned by Oleg Deripaska is negotiating the sharing of Natura Siberica shares with AFK Sistema of another large Russian businessman Vladimir Yevtushenkov.

Andrei Trubnikov passed away at the beginning of 2021, since then a real struggle has unfolded for his inheritance. Direct heirs of the entrepreneur can claim shares of about 40-60% in different group structures. In turn, other shareholders are trying to challenge part of the claims of the heirs, while the company itself is forced to fight off the claims of Deripaska-related structures in the courts.

Oleg Deripaska claims a significant part of the company (initially there was information about his desire to get about 30%) through En + Recycling LLC, a subsidiary of En + Group. LLC En + Recycling during the lifetime of Andrei Trubnikov presented claims to his company for 4.5 billion rubles. This amount is the company's desired compensation for damage for the burned warehouse (hangar) of En + Recycling LLC in Dmitrovgrad.

LLC "First Decision" was the tenant of this hangar. However, the amount demanded by Deripaska's structure seems unreasonably overstated. After all, today all the assets of Natura Siberia are estimated at 3-4 billion rubles in total. It is logical to assume that the case of collecting compensation for damage may end for the company in bankruptcy of the sale of the group's assets.

Trubnikov himself strongly disagreed with the claims of En + Recycling LLC. There were rumors that the hangar could be set on fire by his detractors in order to frame the business in this way. But the entrepreneur did not live to see the end of the litigation.

His death still raises many questions. In turn, heirs may not want to do business on their own, but simply sell their shares at a good price. Behind them can be more influential players from the business world - Oleg Deripaska and Vladimir Yevtushenkov.

Like Deripaska, who is prone to constant expansions and acquisitions, the interest of AFK Sistema in obtaining shares in Natura Siberica is also clear. In such a multidisciplinary investment holding as Sistema, there is a place for Natura Siberia with a well-known brand and assets of 3-4 billion rubles.

Initially, the structure negotiated the purchase of shares from the former wife of Trubnikov Irina (she can claim 40% of the group) and their children Dmitry and Ekaterina. It seems that they were unsuccessful. But soon (later than all) the third and last wife of Andrei Trubnikov, Anastasia, declared her inheritance rights. 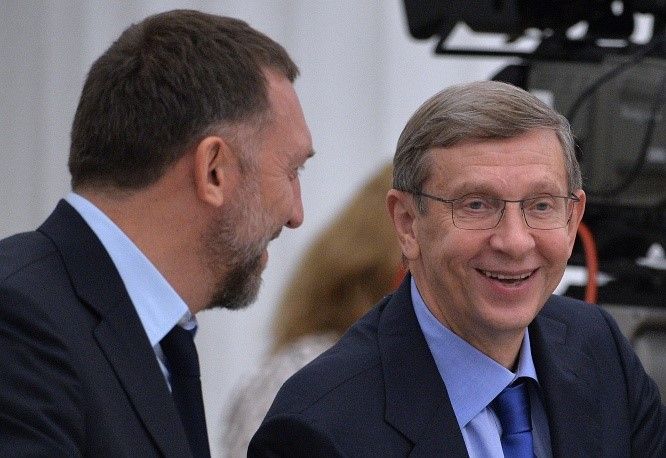 Oleg Deripaska and Vladimir Yevtushenkov will dispose of Trubnikov's inheritance "in their own way"?

It was able to agree on the sale of the share that should be obtained when allocating assets. According to Forbes, it is this share that Yevtushenkov's holding can claim. At the same time, there was a version earlier, allegedly shortly before his death, Trubnikov could want to divorce Anastasia, but simply did not have time to submit documents to the registry office.

To this day, First Decision LLC, the main company of Natura Siberia, is 66% owned by Andrei Trubnikov himself, as well as his former second wife Irina (23%) and son Dmitry (15%). However, all shares in the company are held in trust by a third entity, Corporation AG JSC, which must distribute assets among the owners according to the entry into force of inheritance. 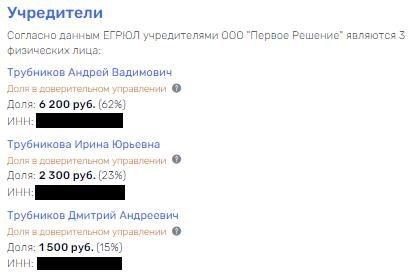 Andrei Trubnikov has four direct heirs: son Dmitry and daughter Catherine from his first marriage, daughter Elizabeth from his second marriage and widow Anastasia. Now the relatives of Mr. Trubnikov believe that the current management bodies of the company act against their interests.

In the spring of 2021, they began suing Natura Siberica in anticipation of an inheritance. Everything except the last wife of the founder of the company Anastasia. She participates only in one of the ongoing trials, and even then only as a third person.

The plaintiffs demand to invalidate the decisions of the recent extraordinary meetings of the LLC members through which Natura Siberica works, and take interim measures in the form of a ban on amending the constituent documents and information in the Unified State Register of Legal Entities. Part of these meetings was assembled by the legal agency Cesar Consulting, part - the founder and president of this agency Boris Lyuboshits.

That is, in fact, Trubnikov's heirs accuse the company's current management and a number of shareholders of seizing operational control over the business. Interestingly, the courts refused to impose interim measures on almost all claims of heirs. The exception was two companies: Kamchatka Mama LLC and Black Rock LLC. About this writes Forbes.

This means that if the requirements of En + Recycling LLC Deripaska are satisfied in court, the road to recover part of the company will be open to him. It is possible that the relatives of the deceased businessman will try to challenge this court decision in a higher instance.

Things are heating up

As for the meeting of owners, which Irina Trubnikova and others did not agree with, a new general director Sergey Builov was appointed at it. Probably, he represents the interests of the current owners of the structure.

His appointment and first actions caused a big scandal. Ex-wife of Trubnikov Irina and a number of senior employees of the company announced the "raider seizure" of the structure. About this wrote Kommersant.

It turned out that they and a number of Trubnikov's heirs were canceled passes to the enterprise. General Director Sergei Builov himself claims that he limited access to top managers, because they prevented his "legitimate activities in the interests of the company."

In mid-August 2021, an open letter was published on the Natura Siberia website and social networks. It says that employees of Natura Siberika LLC and First Decision LLC do not agree with the appointment of Sergei Builov and refuse to work under his leadership.

The appeal clarifies that Andrei Trubnikov hired Builov as general director back in 2017, but after 13 months he was fired allegedly for unsuitability. He was returned to the company and appointed its president in August 2021, despite the fact that such a position is not in any charter of the group of companies.

Interviewed experts on corporate conflicts agree: if this is true, then the actions of the current management look dubious, but logical. The sale of a significant part of the company in favor of Oleg Deripaska or Vladimir Yevtushenkov is clearly not in the interests of minority shareholders. 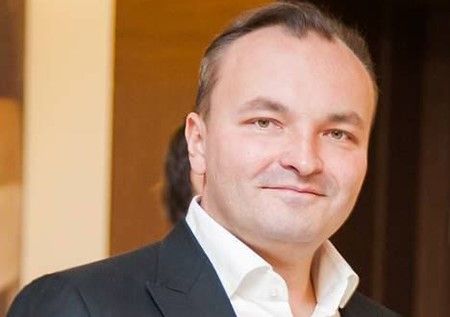 Sergey Builov represents the interests of the remaining shareholders of the company?

It is unlikely that such "giants" will reckon with smaller owners, not to mention the extremely likely replacement of the entire leadership of the structure. And since businessmen cannot buy shares directly right now, you can act through relatives.

In the case of the attempt of Irina Trubnikova and her loyal employees to get to the enterprise, it seems that it almost came to a push. Passions are heated, but there are still many questions in history. How will the inheritance be divided, will the court satisfy the lawsuit of Deripaska's structures, which could actually happen to Andrei Trubnikov and the fire in the hangar in Dmitrovgrad?

However, the main intrigue, who could be behind these scandals and really try to divide the company, seems to have resolved.