"Dealer" Frolov will bring to Manturov

Is owner of Varton Denis Frolov "the messenger" for the Russian elite?

According to the correspondent of The Moscow Post, Varton company owned by Ilya Sivtsev and Denis Frolov can get control over Baikal Electronics, the founder of which Vsevolod Opanasenko is currently under arrest. Is Denis Frolov, known as a dealer of assets in the interests of other people, cooperating with VEB.RF and the Ministry of Industry and Trade this time?

We are talking about buying from 25% to a controlling stake. In Varton itself, intention to acquire the asset is not hidden, according to experts, they intend to invest about 4 billion rubles. It is noteworthy that VEB.RF. was called to be interested in Baikal Electronics earlier. However, now the state Corporation refuses to comment on the deal in any way.

And, here is a coincidence, Denis Frolov is directly connected with VEB.RF: he holds the position of General Director in NM-Tech, the founder of which is the state Bank. As Kommersant wrote, in July of this year, NM-Tech received control over the enterprise of former communications Minister Leonid Reiman for 355 million rubles. However, this may not have been done in a completely transparent way.

Reiman's company, Angstrom-T, is currently in bankruptcy process. The event was launched at the request of VEB.RF for debts of 815 million euros. At the same time, Reiman himself called the bankruptcy of the asset "an erroneous scenario". Initially, there was an agreement that this process would not be launched. Now VEB.RF has changed its mind: allegedly, the property is being purchased in order to be transferred to the state later.

Yakobashvili led to Dvorkovich and Abyzov

But who is Mr. Frolov? It is known that he took his first steps in the career at Wimm-Bill-Dann when the company was owned by the scandalous businessman David Yakobashvili. According to Forbes, Frolov worked in the office for 7 years and rose from investment analyst to Director of Development.

Yakobashvili is a very scandalous character. Thus, he founded WBD together with Gavriil Yushvaev, who was called a criminal authority by rumours. Evil tongues also attributed Yakobashvili close friendship with Shakro the Young. Now the businessman does not actually live in Russia - as RBC wrote, he hurried to leave the country after the Collection Museum belonging to him was searched on the complaint of his partner Boris Minakhi. The latter reported on the raider seizure of the Yeisk Port Elevator.

What can be said, Mr. Frolov, apparently, was a talented teacher! In this case, it is clear why he has a craving for other people's business… For example, to Rusbitech, the developer of the Russian Astra Linux operating system. Denis Frolov agreed to acquire a 51% stake in the asset in 2017. At the same time, according to RBC Rosatom, or rather, the Federal Nuclear Centre in Sarov, which cannot use Windows due to its work profile, was the final beneficiary of the transaction.

Denis Frolov was introduced to the team as the new head of the company. When they met, the new Director announced that the company would soon join the Rosatom GC. It also turned out that Frolov had previously visited the company as the head of Varton and even signed a cooperation agreement with it. That is, Rusbitech has been looking at for a long time.

Rumors connect Frolov with Sergey Kiriyenko, who headed Rosatom until 2016, but presumably still controls the company. It is possible that Rusbitech was purchased at his instructions.

It is interesting that the then Deputy Prime Minister Arkady Dvorkovich and the Minister of the "open government" Mikhail Abyzov were called involved in the deal. The fact is that in 2016, Dmitry Medvedev signed a decree on the creation of the Agency for technological development. And one of the candidates for the position of its head was called... Mr. Frolov! Izvestiya wrote about this. Dvorkovich and Abyzov meanwhile got to the Supervisory Board.

The main task of the new structure, as noted in the Expert Council, should be to facilitate the implementation of complex licensing projects for the organization of production in Russia based on new technologies. Actually, for this purpose, Rusbitech could be purchased. The Moscow Post wrote about this story in detail earlier.

It seems that Mr. Frolov is again attracted to buy an asset in the interests of others. Probably, VEB.RF needs Baikal Electronics. Or more precisely - the head of the state Corporation Igor Shuvalov needs it, as well as the head of the Ministry of Industry and Trade Denis Manturov. There are several facts in favour of this version.

Frolov's direct connections with VEB.RF have already been mentioned earlier, but apparently he is also well acquainted with the Ministry of Industry and Trade. So, Lassard LLC controlled by it strongly "sits" on state orders, and the most generous order was issued to it by Manturov's Department. At the end of 2019, Lassard signed a contract with the Ministry for 349 million rubles. 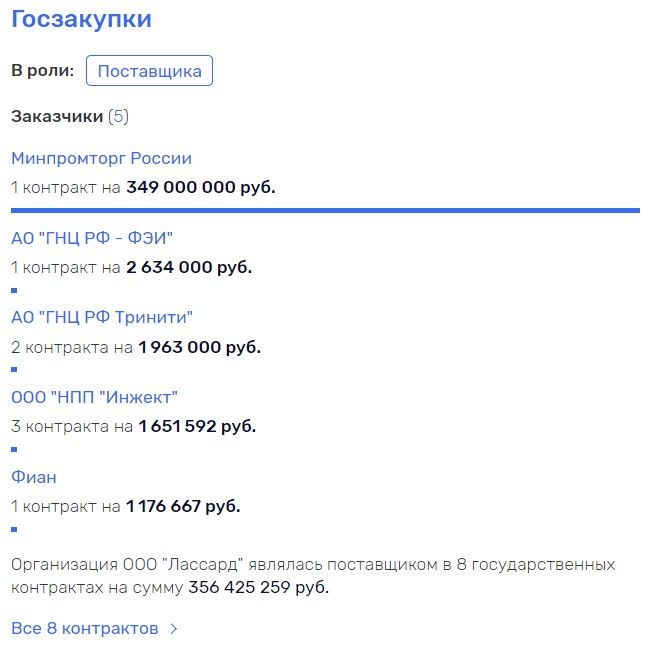 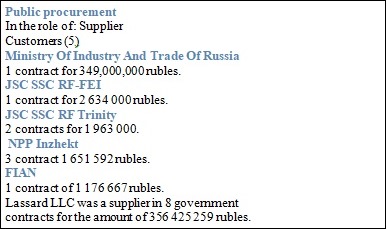 At the same time, the rumours call Manturov himself to be involved in the criminal story around Baikal Electronics. As Kommersant wrote, the head of the company Vsevolod Opanasenko and several employees of the Ministry of Internal Affairs are now suspected of fraud with state contracts. And while Opanasenko is under arrest, his office, apparently, was tried to be brought to bankruptcy.

The fact is that in August, the Ministry of Industry and Trade filed a lawsuit in the Arbitration court of Moscow against Baikal Electronics, demanding to recover 500 million rubles from the office for the delay in launching the production of Russian microprocessors Baikal-M. This is what the Agency provided subsidies for at one time. Then they started talking about the fact that if the Ministry won the case, the company would face  imminent bankruptcy.

It is noteworthy that in the summer of this year, a lawsuit against Opanasenko was also filed by VEB.RF - the state-owned company demanded almost 1.5 billion rubles! However, the claim was denied.

And how can we not remember that Mr. Opanasenko himself has a joint asset with VEB.RF JSC T-Platforms is 25% owned by the state Bank. And earlier there were already talks about transferring 100% of the office to the VEB.RF. According to Vedomosti, last year, the transfer of the company to the same NM-Tech was discussed, allegedly for the financial recovery of the company. At the same time, the financial indicators of the office are not deplorable: with revenue of 2.8 billion rubles, profit - 633 million.

In the story of T-Platforms, the name of another prominent character appears - Interior Minister Vladimir Kolokoltsev. The fact is that Opanasenko was behind bars just because of contracts with the Ministry of Internal Affairs and the Department was one of the main clients of T-Platforms. At the same time, cooperation at some point was about  some lawsuits and it seemed that it was not computer equipment that was being mastered, but money.

In June of this year, the Interior Ministry also filed a lawsuit against Opanasenko for 350 million rubles, Kommersant reported. What kind of mass attack was staged on one of the main IT specialists in the country? Obviously, someone really needed his assets…

Apparently, Denis Frolov is a professional "dealer" of assets in the interests of other gentlemen. Now he is working closely with VEB.RF. It is curious what enterprise for the state corporation will he acquire next?