The missing Wex crypto money could settle in the pockets of officials of the Internet Initiatives Development Fund and the creators of the Cryptopay payment system and their partners.

A scandal in the cryptocurrency market: the wallet of the Wex crypto exchange closed back in 2018 was "empty" by 10 thousand bitcoins (at the current exchange rate of about $165 million). Telegram channels write that unknown persons transferred these funds to a certain crypto wallet.

The Moscow Post correspondent figured out where the funds could go.

In various sources, they call the same place where money from the exchange could go, allegedly the address to which the stolen millions went belongs to the service hitbtc.com.

According to the authors of the site 2rich, allegedly HitBTC has already shone once in the case of the withdrawal of cryptocurrency from another service - the Bter exchange.

According to the authors of Reddit, Bitcoin Insider and other sources, allegedly HitBTC belongs to a certain Andrei Savchenko. Apparently, we are talking about an investor investing in cryptocurrency. They say that he comes from St. Petersburg. His name surfaced during a discussion of the exchange on the Bitcointalk portal back in 2014.

On the network in poor quality there is even his likely photo, apparently cut from the video, which is no longer available. Apparently, the owner of the crypto exchange does not want to advertise himself. 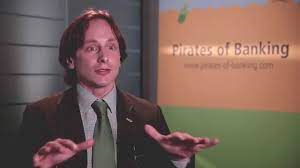 However, there is other information about who owns HitBTC. According to the author on the Reddit portal, allegedly he may be the founder of the Cryptopay payment system Georgy Basiladze. In the partners on the stock exchange, he has Dmitry Gunyashov, with whom in 2014 Basiladze created his first mining farm in St. Petersburg. Prior to that, according to the authors of the bbf website, he allegedly worked at the Finnish investment bank Evli, Gunyashev owned an online electronics store, understood programming and online sales.

From programmers to officials

Basiladze and Gunyashov, according to the Unified State Register of Legal Entities, may be associated with the state Internet Initiatives Development Fund, the Agency for Strategic Initiatives (ASI), a Russian autonomous non-profit organization created by the Russian Government, as well as businessman Andrei Severyukhin and his brother, as well as ex-top manager of the VKontakte social network Ilya Perekopsky.

Basiladze is also the founder of Kryptopei Rus together with Dmitry Gunyashov. And he, in turn, owns Astrix LLC, which was engaged in information technology activities before the liquidation of the legal entity. This LLC also belongs to Andrei Severyukhin, who not so long ago ceased to be the head of SMTDP Technology. And this project for a long time belonged to the Internet Initiatives Development Fund (IIDF). The latter was created just by ASI. So it turns out that people working in government agencies can relate to the withdrawal of funds from the Wex crypto exchange?

SMTDP Technologies was also registered with the Cyprus offshore RARITEX TRADE LTD. Moreover, her entry into the company occurred shortly after the release of the Strategic Initiatives Fund from there. There is a possibility that the beneficiaries of the fund simply hid behind foreign jurisdiction.

According to the Cypriot register, three people now own the offshore company, including Andrei Severyukhin, a strange namesake of what is listed under the name Andrei Severyukhin in Russian jurisdiction, and owns Astrikos with Basiladze's colleague Dmitry Gunyashov...

Andrey Severyukhin is the founder of Sum & Substance, which allows users of various services to verify and avoid scammers. According to the authors of the vc.ru site, it was allegedly created specifically for Cryptopay and "cooperation with Cryptopay helped Sum & Substance study the operational processes of crypto exchanges. Thanks to this experience, the company has created a boxed solution for ICO projects that helps verify users and comply with the KYC principle. "

Severyukhin's startups have often attracted investment. Including from the IIDF, collaborated with government agencies. He keeps the data on the financial situation of companies secret. Isn't it because, in fact, investment may not be enough to sustain the business? Here people understand and could help transfers from "dead wallets"...

Especially those who know how to work with fraudsters, engaged, in fact, in identifying deception on the Internet.

In addition to the IIDF, Ilya Perekopsky, former vice president of VKontakte, invested in Severyukhin's project. The one whom the creator of the social network Pavel Durov accused of trying to take away Telegram from him.

In total, we have in this story the possible interests of a whole circle of people who have earned a fortune in information technology.

Business without politics is not this case?

All these programmers and startups can be covered by officials. Since 2013, the IIDF has been headed by Kirill Varlamov. Prior to that, he was for a long time first executive, and then general director of the Naumen group of companies, which is one of the 15 leading companies in Russia in the field of software development.

Under Varlamov, the IIDF was criticized for its financial policies. Under his leadership, an accident occurred, during which the robot, on which the state spent a billion, was destroyed. Many believe that the accident was adjusted so as not to be responsible for the money spent.

This video shows the moment a Tesla crashes into a robot. According to official figures, the driver turned on the autopilot, and the car did not go around the robot. At the same time, the moment when the robot gets on the road is not shown. Video: YouTube

ASI has been headed by Svetlana Chupsheva since 2017. Before her, Andrei Nikitin was in this position. The one that is now the governor of the Novgorod region. In 2019, searches were carried out in the Ministry of Natural Resources there, which, according to some assumptions, could be tarnished, including the "good name" of the governor.

Could it be that Basiladze and the "company" represent the interests of such political structures as the head of the IIDF, the governor and his former assistant, now the head of ASI?

The fact that Ms. Chupsheva has been starting as a corporate director at ASI since 2011 adds fuel to the fire. Before that, the woman worked at the Bank of Russia, and later faced financial instruments. Since 2015, she has been a member of the board of directors of Uniastrumbank.

Thus, it turns out that the missing $160 million could go in the direction of a "friendly company" of "computer geniuses" and officials.