Will the criminal case of the former official of the Ministry of Education and Science lead the security forces to ex-Deputy Chairman of the Government Olga Golodets?

According to the correspondent of The Moscow Post, the Tverskoy District Court of Moscow has arrested another person involved in the case of former Deputy Minister of Science Marina Lukashevich, former director of the Department of State Policy in the field of Higher Education and Youth Policy Artemy Rozhkov. The case of Lukashevich, who is considered a "person" of the ex-Deputy Chairman of the Government Olga Golodets, continues to unwind. Will it "reach" her influential patron?

Rozhkov is being tried in the case of Lukashevich, who was detained last summer on suspicion of fraud on a particularly large scale. The investigation estimates the damage in the case at more than 50 million rubles. According to law enforcement authorities, in 2016, as the head of a commercial structure, she received budget funds and concluded a number of contracts with controlled sole proprietors to perform work in the interests of the Ministry of Education. At the same time, the work was not planned to be completed in full.

Lukashevich was detained together with the official of Rossotrudnichestvo Mikhail Popov. It was the latter, according to the investigation, who carried out the acceptance of the work, "turning a blind eye" to the fact that the results did not correspond to those prescribed in the contracts.

Popov in 2012-2013 worked as an assistant to Olga Golodets in the Government, so evil tongues say that the ex-Deputy Chairman herself may be involved in fraud for tens of millions. In 2013, Popov became Head of the Program Management Department of the Ministry of Education and Science - it is rumoured that this appointment was facilitated by Mrs. Golodets, with whom Popov allegedly had a close relationship. Is there  a "trace" of the Ex-Deputy Chairman in the case of a multimillion fraud?

By the way, Golodets, it seems, at one time was not very careful in the choice of an assistant. As the News of Chelyabinsk and Chelyabinsk Region wrote, Popov could have a criminal record - they say, in the early 2000s he could get a suspended sentence for fraud using fake bank notes of the Central Bank.

Another interesting fact: according to the authors of the Regional Media Network portal, allegedly Popov was suspected of using budget funds together with commercial organizations and accomplices from the Ministry of Education. In particular, the publication mentions the companies Sistema Plus LLC and CJSC E-Publish, which were "fed" by state contracts. The first company has them for 69 million rubles (the "top" customer is Rossotrudnichestvo), the second - for 96 million, mainly from the Ministry of Education of Russia. Both firms are united by the figure of a certain Dmitry Lollievich Balandin, who, according to detractors, is the "man" of Popov.

Eventually, Popov left the Ministry of Education after the infamous Mikhail Kotyukov became the minister. Then, they say, Popov ran for help to Golodets, who got him a job in Rossotrudnichestvo. Why?

At the same time, there are many ambiguous conversations about Golodets herself. And they accompany her, it seems, all her working life. Recall at least one of the first jobs of the former Deputy Chairman - she once worked as the director of social programs of the Reformugol Foundation, where she probably got job thanks to her husband, who at that time worked in the Imperial Bank. The Foundation was engaged in the closure of coal mines, although the miners were strongly opposed. The World Bank allocated a quarter-billion-dollar loan to Reformugol. But the money "disappeared" somewhere, and then the Foundation itself disappeared as well. Previously, this was described in detail by The Moscow Post.

Then Golodets began to work in the structures of Mikhail Prokhorov, in particular, she held the position of deputy director of Norilsk Nickel for social issues, and also supervised the pension fund of the plant. They say that at her last job, she could "pull off" a certain scheme, as a result of which Prokhorov actually lost control of the fund. 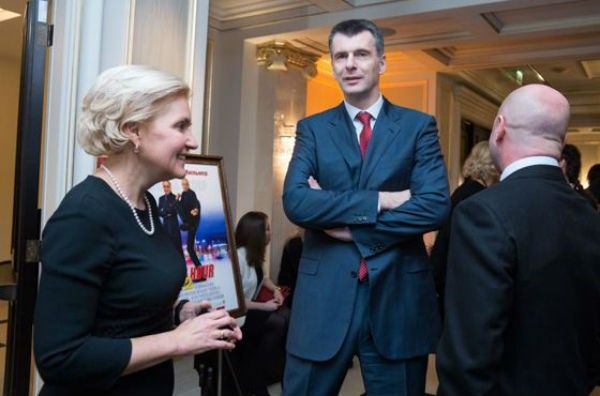 According to rumours, Golodets could implement this in the interests of Prokhorov's then business partner, Vladimir Potanin. By the way, she thought about herself: according to Versia, Golodets provided former members of the Board of Directors of the enterprise with pensions of 125-150 thousand rubles, and for herself "beloved" - all 200 thousand. The fact that the money for such a substantial maintenance went at the expense of pensions of employees of Norilsk Nickel, apparently, did not bother anyone.

They recall to Mrs. Golodets another ugly northern story, connected with the cadet corps in Norilsk, established by the Norilsk Nickel company back in the time of Alexander Khloponin. As soon as he was replaced by Prokhorov, problems began, and Golodets offered to disband the corps, however, the director of the institution refused to do it. There were desk checks, which did not give any results. However, the head of the corps was still removed from office, and the corps was divided into two new educational institutions, sharply reducing the number of students.

Golodets also managed to work with another influential native of the North - Sergei Sobyanin. She worked for him as a Deputy for Social Affairs and immediately declared unprecedented income – in 2010, she earned as much as 57 million rubles! Does it seems, or the official provided social assistance to herself? 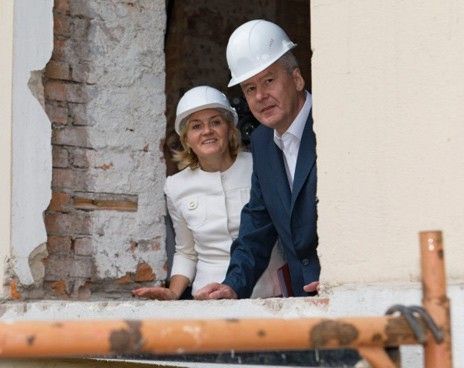 After Golodets moved to work in the Government, where for almost 8 years she supervised education and medicine, and then culture and sports. She is remembered for her controversial initiatives. For example, in 2013, she announced the transfer of 300 million rubles to the Ministry of Education and Science for additional protection of the Unified State Exam from certain hacker attacks. The hacker attacks eventually passed by, but all 300 million rubles were fully mastered.

Under the Minister of Science Dmitry Livanov, the Ministry of Education and Science, on the initiative of Olga Golodets, received 9 billion rubles "to promote 15 Russian universities in the world rankings". It is noteworthy that then the competition for grants was held in a closed mode. The victory in it, they say, went to educational institutions whose rectors were close to Livanov and Golodets.

In addition, the politician launched the process of withdrawing property from the Russian Academy of Sciences and its further transfer to the management of a structure with unlimited rights – the Federal Agency for Scientific Organizations. However, when a monstrous fire broke out in the latter, destroying a huge number of valuable documents, Golodets immediately went into the "shadow", and Livanov lost his post.

As evil tongues assured, allegedly at one time it was Golodets who could be behind the resignation of the Head of Rospotrebnadzor Gennady Onishchenko. They say that she worked in the interests of the Ukrainian billionaire, then the future president of the neighbouring country, Petro Poroshenko. The fact is that Onishchenko banned the sale of the products of his Roshen factory in Russia.

There is also curious case of the resignation of the former Minister of Regional Development Oleg Govorun, who held his position only a couple of months. He left after the devastating criticism of Vladimir Putin regarding the failure of the terms of presidential decrees on the development of Siberia and the Far East. However, in fact, Govorun was criticized because of Golodets - the draft budget for a three-year term was prepared in the struggle of Deputy Prime Ministers Igor Shuvalov and the official.

In the meantime, as rumour has it, heads were "flying" around the Golodets, she did not waste time in vain: As reported by Sobesednik, she allegedly received a residence permit in Italy, and also purchased real estate in the southern country and Switzerland.

Does it mean that, in case, Golodets has the place to move to? Presumably, she will hurry to take advantage of this opportunity if the case against Lukashevich and Popov, who are considered her "people", suddenly turns in her direction.