"Citymatik" Kotlyarenko: "garbage" money under the "cover" of Shuvalov?

The Citymatik company of Sergei Kotlyarenko, whom they are trying to present as Igor Shuvalov's "wallet," continues its expansion in the market despite a whole heap of scandals. Are the administrative levers of the head of VEB helping to stay afloat?

Citymatik Group acquired a controlling stake in MVK Ecocenter LLC, which acts as a regional operator in Chuvashia. The other day, she was also interested in the St. Petersburg market, despite the fact that the city already has a structure responsible for garbage collection - the Nevsky Ecological Operator. The Moscow Post correspondent in Chuvashia managed to find out whose interests may be behind the deal on the EcoCenter MVK, and what this could bring to the region.

Tandem Shuvalov-Kotlyarenko and his "cubes"

The board of directors of Citymatik includes businessman Sergei Kotlyarenko, asset manager of Igor Shuvalov, who is called the "wallet" of the head of the VEB.RF. by his eyes. The same Kotlyarenko is the general director of Digitalteh, the one hundred percent founder of the new garbage operator in Chuvashia.

Who is Kotlyarenko? He is the asset manager of the Shuvalov family, which has been known for a long time. Writes about this Lenta.ru.

Kotlyarenko is listed as the founder of 23 organizations of completely different orientation, most of which still have their own "branches" - subsidiaries. And many of these firms may have questions from law enforcement agencies.

For example, it is unclear where the multimillion-dollar amounts from "Improvement-1," where Kotlyarenko is the founder, suddenly disappeared. For a minute - the company earned more than 5.4 million rubles on government contracts. 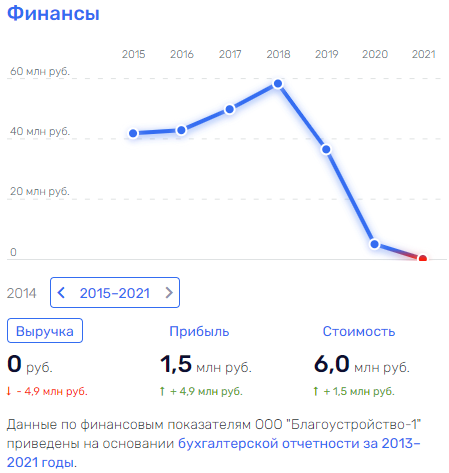 Through Dnipro LLC, Kma-Electro and JSC Mikhailovsky GOK named after A.V. Varicheva, Kotlyarenko is related to the Metalloinvest management company of billionaire Alisher Usmanov. Judging by the indicators for the year that fell by 6.4 billion in profit with increased revenue, money could be withdrawn from the company.

Money passing through offices affiliated with Kotlyarenko can be "hidden" in the closed unit investment fund "Symbiosis." For example, the Mining Point company is tied to it, where Kotlyarenko is the founder. 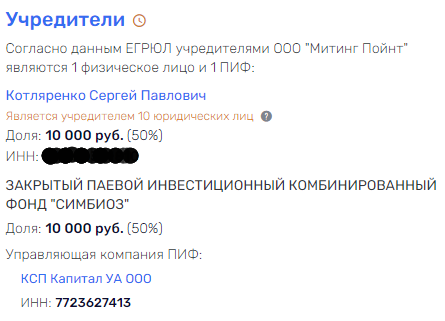 The financial indicators of the fund's management company - KSP Capital UA LLC, also hint at this.

At the same time, most of the companies where Kotlyarenko was listed as the founder were liquidated. Most of them do not disclose their financial performance. The same as they do - they have, mainly, negative or sharply dropped, or, conversely, grown up before liquidation.

Moreover, usually the second stop disclosing revenue a year or two before leaving the market. Which may indicate that suddenly increased assets are displayed during this period. 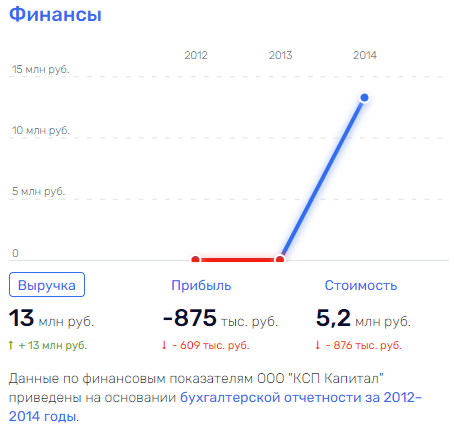 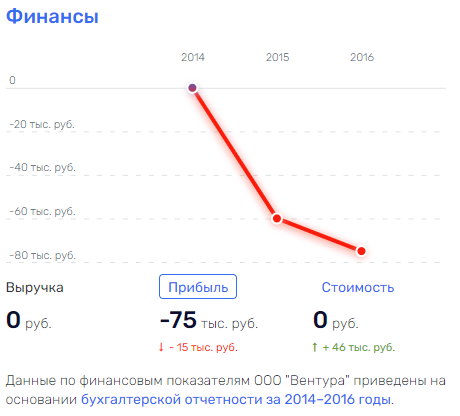 Attention is also attracted by MP Real Estate, from the capital of which Kotlyarenko came out literally in January of this year. Around the same time, the company sharply "sank" by 1.5 million rubles in revenue. 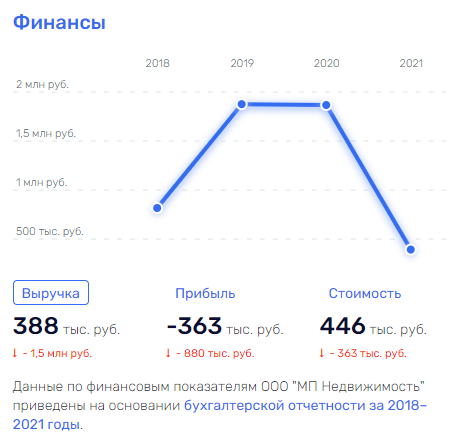 And, despite this, Kotlyarenko, more precisely the firms associated with him, trust to fulfill state contracts from which he can "launder" money in countless "money boxes." Nothing confuses anyone?

Let's analyze the same "Citymatic." Earlier, the office bore a different name, under which it repeatedly found itself in the epicenter of extremely scandalous situations. Only in 2021 the company was renamed from JSC Waste Management. Apparently, in order to abstract a little from the reputation developed over the years.

In 2018, Igor Gavrilov, the former general director of the affiliated Waste Management-NN CJSC, became a defendant in a criminal case under the article "carrying out entrepreneurial activity without a license in cases where such a license is required," Regnum reported. Thus, according to the investigation, the office "earned" more than 11 million rubles.

This, according to journalists of the publication, was preceded by the identification by Rostekhnadzor specialists of violations during the construction of the Gorodets complex in early March 2017 - up to the inconsistency of the work performed with the requirements of technical regulations and design documentation.

In the same year, activists recorded that garbage at the company's new landfill was allegedly dumped in bulk, and not briquetted, nullifying the environmental idea of ​ ​ the project. And in 2020, a scandal erupted in Volgograd against the background of the fact that the regional "daughter" of the corporation allegedly charged double payments for garbage collection and forced consumers of their services to pay for "dead souls" - wrote the publication Volgograd News.

At the beginning of 2019, residents of the Olkhovsky district of the city complained about a similar problem, and the company had to admit a "mistake." Certain ambiguities with monetary issues arose not only with ordinary people, but also with departments - in 2019, the Ministry of Natural Resources announced that the regional operator should reduce the cost of the waste recycling complex (IPC) in Balakovo by 355 million rubles and even filed a lawsuit against it - reported Business Vector.

In addition, the company often takes money from the state to implement its projects. It is a supplier in almost three thousand of them in the amount of 992 million rubles. And this is only a head structure. At the same time, the company periodically has debts on bond loans, personnel, extra-budgetary funds and the budget. 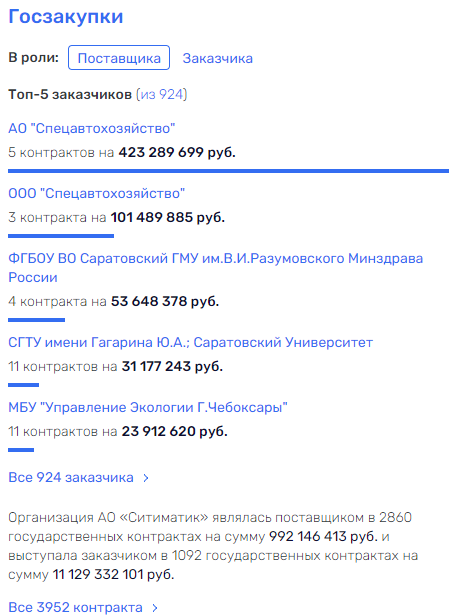 Nothing will happen to us

And despite all this - it continues to expand, capture all new regions and receive contracts from their governments. Even a "riot" among officials does not help: according to the authors of the Volskaya Zhizn website, allegedly in 2019 the Saratov city deputies in court wanted to abandon the regoperator due to dissatisfaction with his work.

In the same year, the Ministry of Ecology and Natural Resources of the Nizhny Novgorod Region underwent searches related precisely to the activities of the Waste Management-NN, Kommersant reported. But, as we see from the information above, it seems that officials simply sometimes have no choice - with which company to conclude an agreement.

Moreover, Citymatik is fighting for each decimeter - which is worth a high-profile trial in the case of the termination of the activities of Citymatik - Nizhny Novgorod due to the potential toxicity of their landfill (Balakhinsky), which the office seeks to win with all its might. Although samples have already been taken confirming the fears of environmentalists. Kommersant wrote about this in detail.

Just yesterday, Yurga Governor Natalya Komarova announced the "freezing" of Citymatik's activities in Nefteyugansk - Pravda UrFO reported. The company violated all conceivable and unthinkable deadlines for the construction of inter-municipal garbage infrastructure. Whether it will be possible to drive the company out of the region after that is a big question.

The FAS also paid attention to the office, however, as you can see, this did not bring any results. In general, scandals related to "Waste Management" can be listed indefinitely. But the result is the same - it continues to "grow."

It is not surprising if the enterprise has such possible patrons as it is believed - which may consist not only of Shuvalov, but also of Senator from the Nizhny Novgorod Region Vladimir Lebedev. It is known that his son Andrei Lebedev was the development director of Waste Management - Nizhny Novgorod JSC. Now he works in Rosatom, so they can cover from there.

As The Moscow Post previously wrote, Kotlyarenko's share in Citymatik LLC in the company is encumbered by the state-owned VEB. Does Shuvalov pour budget money into structures related to his former subordinate?

So the news for Chuvashia is not joyful. The new regional operator is unlikely to perform the work efficiently, not only the ecology, but also the budget of the republic can suffer.