The intention of Alexei Chulkin, an entrepreneur with an ambiguous reputation, to acquire another strategically important asset, suggests that there is a powerful patron behind him, in whose interests he can act.

The latter belongs to the Belarusian government. Last year, this company acquired the Russian Purneft and, it seems, plans to expand in the Russian Federation and beyond.

As for UDS-Neft, as previously reported by The Moscow Post, its head Alexei Chulkin may be directly related to the head of the Rosneft state corporation Igor Sechin and act in his interests. Details - in the material of The Moscow Post.

Such suspicions appeared after in 2016 at an auction in the struggle for the Borulakh oil and gas section in Yakutia, she bypassed Rosneft and other participants, offering 162 times the starting price. And then Chulkin backed down and did not pay, as a result, Rosneft received the site - as the second applicant after UDS-Energy - and at a significantly reduced price.

In addition, there is a Vetla company in Chulkin's orbit, previously owned by Udmurtgeologia OJSC - it is believed that the head of the oil state corporation may be behind this enterprise.

Almost 100 enterprises were registered for Chulkin himself during his career. In fifty, he is listed as the current or former leader. It is unlikely that one entrepreneur can hold such an scope - most likely he really works in someone's commercial interests. And in the oil and gold mining market, where Chulknn "floats," there are not so many interested parties.

Chulkin buys on a grand scale. His portfolio includes assets in six regions of Russia. Diverse, expensive: real estate, mining, sale. At the same time, judging by the open data, companies affiliated with the entrepreneur are not very rich. The share of the second founder ("Yalykskoye") in its "UDS-Group" is generally under encumbrance (the truth of Chulkin himself). Nevertheless, almost annually, Chulkin's empire expands. 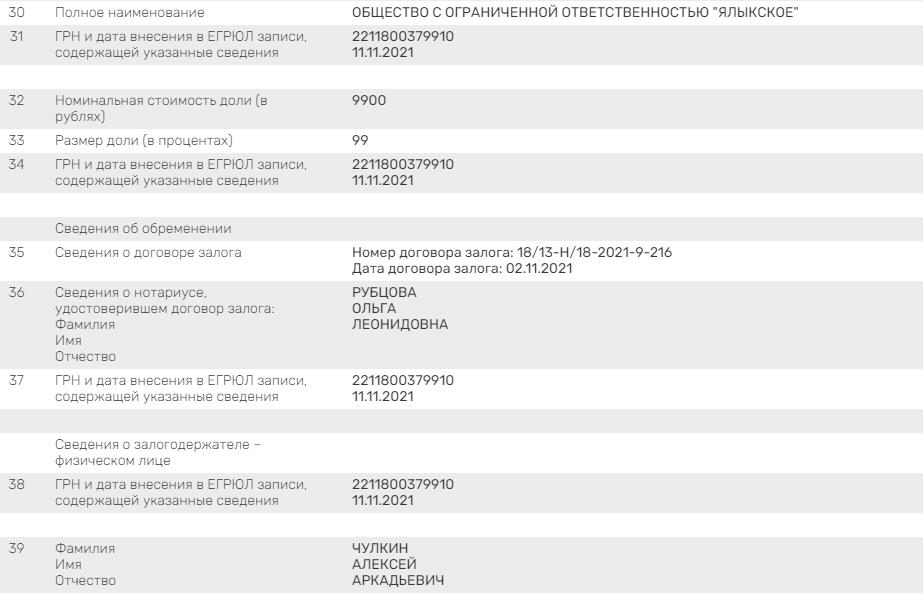 In 2017, two structures affiliated with Chulkin participated in a competition for the Kasalinsky oil section in Udmurtia, where one of them naturally won. By the way, no one was embarrassed by the fact that both firms had one beneficiary. In 2018, UDS-Group acquired control over Energy Company Rif LLC, in 2021 Chulkin bought Verkhovye River Koiva LLC, an asset associated with the search and extraction of ore gold in the Perm Territory. And a year later, several gold placers in Chukotka.

The Rif Energy Company eventually became part of UDS-Neft, while the asset was bought in poor condition. There is reason to believe that Chulkin simply "finished off" it by pumping out everything that was possible, and then reformed it.

There are a lot of liquidated organizations in the orbit of Chulkin-affiliated companies. Is money withdrawn from them? Photo: https://www.rusprofile.ru 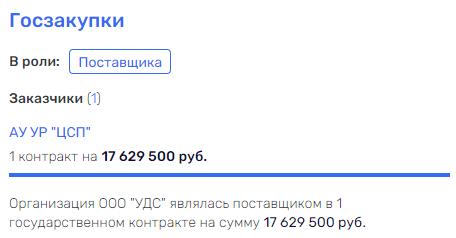 Do not forget that in some companies affiliated with Chulkin, public funds are spinning. Photo: https://www.rusprofile.ru 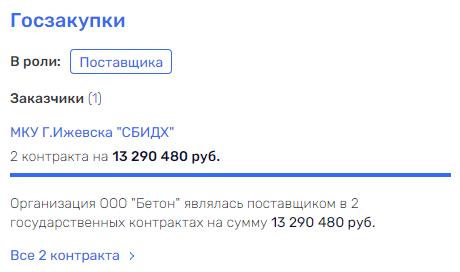 There began Chulkin, most likely not without the aid of the influential father Arkady Chulkin who began to build all this empire. Being on the fourth year at the university, Chulkin Jr. already held a position of the CEO of one of the father's enterprises, than subsequently bragged to the right and on the left, missing the last detail.

Said about quite good relationship of Chulkin Sr. with the head of Udmurtia of that time Alexander Volkov. Allegedly for this reason the enterprises founded by Aleksei Chulkin on fatherly money began to develop quickly.

What father, such is and the son – to the senior attributed to Chulkin not always honest style of business. Also it was talked not only of possible administrative support. Said about what the businessman tried to appropriate the earth of 245 peasants of collective farm "Friendship" through the fraudulent scheme with false documents. Upon it is unknown how many such swindles the above-mentioned persons could turn.

And his son caused a stir not only in business, but also in policy. In 2016, being the deputy of the State Council of Udmurtia, Chulkin tried "to squeeze" into the State Duma. Money it had a benefit enough – the candidate couldn't even explain origin of 61 million rubles which were registered in the official declaration.

As a result – on Chulkin the compromising evidence wave poured down – wrote about him allegedly communication with the former city manager of Izhevsk by Denis Agashin thanks to which Chulkin's companies could move ahead in the construction sphere of the region. Wrote that he can be connected with the son of the former mayor of Izhevsk Victor Balakin Denis – too very influential businessman and the politician and also the vice governor of the Smolensk region Mikhail Pitkevich.

Behind all this campaign there could be a head of Udmurtia of that time Alexander Solovyyov who, probably, not especially favored possible favourites of the predecessor. It is known that he talked to Chulkin and, apparently, the parties even compromised – the last, allegedly, agreed to move forward on other constituency, but then changed the mind.

In 2017 Solovyyov was detained by security officers on suspicion of receiving a large bribe of 140 million for preferences to a number of firms, dismissed from a post of the head of the republic and subsequently is sentenced to 10 years. Solovyyov didn't admit the guilt. Whether there was it revenge from Chulkin – a question debatable. But knowing about potential influence of family, it is possible to assume it.

Construction of an ice skating rink in Izhevsk of Chulkinsky SK "UralDomStroy" developed into the juicy scandal. The company won the tender without competition (especially for it the cunning scheme was turned - money was transferred in the form of a subsidy to the DOD autonomous institution "sports school No. 9" to which provisions of the law on placing orders don't extend that it was possible to choose the only contractor), the company several times demanded to increase project cost, and as a result handed over a skating rink with the proceeding roof.

A lot of noise also for the unclear reasons the approved Chulkin's project on installation of mini-gas station in dangerous proximity from houses did. Only the prosecutor's office could stop the planned construction – Udmgazeta reported.

All these, to put it mildly, unpleasant rumors and the facts in Chulkin's biography and also on a financial condition of his companies, strengthen suspicions of what "drags" the businessman someone is more influential than his father. Or Chulkin is able to agree with "that whom it is necessary".

Except mister Sechin since recent time it can be including the head of Rostec Sergei Chemezov. Recently UDS-Group became the co-investor of the major project in Moscow – on construction of the transport hubs (TH) "Top Likhobora". A share of the second founder in the joint company which is engaged in this project, in pledge at Anton Buslov. He was a founder of the Avilex company where the share in 2020 through the firm was bought by Andrei Korobov. That that acts as the CEO of PJSC Yakut Fuel and Energy Company and the managing partner of the producer of complex fertilizers of Almaz group, the heading RT — Business Development interbranch holding (Rostec Group).

So, it is possible to understand that at whatever asset Chulkin aimed, he with high probability will receive it. And, most likely at all not at the price by 162 times exceeding starting. And all manipulations will easily escape to him punishment while he potentially is able to find a common language with such influential figures as Chemezov and Sechin.