Chemezov "closes" his "eyes and ears"

Can Head of Rostec Sergey Chemezov, hand over "his" people to avoid "fire" in his direction?

According to the correspondent of The Moscow Post, the Sverdlovsk arbitration court received a claim demanding to recover more than 4 billion rubles from the former General Director of VSMPO-AVISMA Corporation Mikhail Voevodin. The company considers a number of transactions concluded by him in 2017-2019 with Swiss companies to be unfair.

Nikolai Timokhin, the son-in-law of the man who was dubbed the "eyes and ears" of the head of Rostec, Igor Zavyalov, could probably have been involved in this. Could Sergey Chemezov have known what his close subordinate was involved in? And if he knew, why didn't he do anything?

Mr. Voevodin is already involved in one criminal case. As Kommersant wrote, after he left the company in early May, a case was immediately opened on the fact of fraud on a particularly large scale. However, his status in this trial is not known. But Voevodin at one time received the order of Friendship from the hands of the President himself...

VSMPO-AVISMA, more than a quarter of which belongs to Rostec, has recently become often "highlighted" in scandalous stories. The structure of the State Corporation has a joint venture with JSC Arconic SMZ - JSC Alti Forge. As reported by PravdaUrFO, in June of this year, the FAS demanded to deprive its shareholders of the right to vote and prohibit them from any registration actions with assets. Antimonopoly authorities considered that the company was illegally transferred to foreign companies through a series of transactions. And the Samara Metal Plant associated with Alti Forge JSC, is engaged in fulfilling orders for the military-industrial complex and aircraft construction. Does it mean that the strategic enterprise was "handed over" to foreigners? So much for the external threat that appears to have made its way in…

According to the Antimonopoly authorities, the new owners of Alti Forge JSC could withdraw money from the company. When created in 2016, the company's founder was Alti Forge Holding, in which VSMPO-AVISMA controlled 5.3%, and the rest was controlled by Arconic Rus Investment Holdings, the owner of Arconic SMZ.

In 2018-2019, control of Arconic Rus Investment Holdings - passed from Luxembourg-registered firms to Nederland Holding B.W. (99%) and Kawneer Nederland B.V. (1%), registered in the Netherlands. And Arconic Inc. was behind these companies.

At the same time, it turned out that the influence on foreign assets was received by a foreign investor. We are talking about L. P Elliott Associates, Elliott International L. P. and Elliott International Capital Advisors Inc. of Paul Singer. Foreign firms gained indirect control over the Russian manufacturer, since they were the ones who elected more than half of the members of the Board of Directors of Arconic Inc. And therefore, the structure of the Singer got control of the steel through Alti Forge. 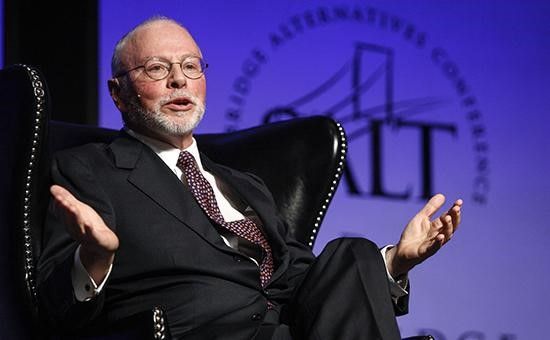 Was American Paul Singer given access to Russian state secrets?

It is very interesting how the State Corporation Rostec allowed the transfer of control over the plant working for the defense industry to an American? Yes, and such as Paul Singer, who is known for making a fortune in bankruptcy!

Business is tied by family

Arconic SMZ, in its turn, through its Spanish asset ALCOA INVERSIONES ESPANYA SL, owns JSC Aluminum Metallurg Rus (AMR). According to Rusprofile, the company also performs aircraft and army orders. Moreover, its largest customer is the creator of Sukhoi SuperJets, as well as other structures. 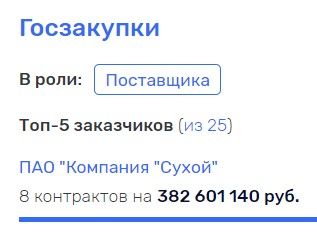 According to the CMK website, CJSC Linen, a subsidiary of Nikolay Timokhin's Stupino Titanium Company, acquired 100% of AMR in 2015. That is, this office is controlled by the son-in-law of the Deputy head of Rostec, Igor Zavyalov. Are these two acting with the tacit permission of Mr. Chemezov? The three ones have been doing business for a long time.

For example, as it became known in June this year, together they are involved in the development of an area of 2 hectares on Komsomolsky Prospekt in the capital. This plot was bought by the subsidiary of AMR in the summer.  In fact, is not very clear why it needs such an acquisition - the office has never been engaged in large construction projects. However, as Kommersant reported, AMR may be an intermediary structure in the transaction, and its beneficiary was the top management of Rostec. They say that he could have previously been involved in the construction of an elite house on Burdenko street in Moscow. A hint towards Zavyalov?

And Igor Zavyalov is not just a subordinate of Chemezov - they call him "eyes and ears". Although the relationship between them is rumored to have soured somewhat recently, he still oversees strategic areas at Rostec: finance, investment policy, and investment performance assessment. It probably controls half of the banking services provided by the state defense order. His wife Lidia once worked as the chief accountant of Rosoboronexport.

Zavyalov's style is pulling relatives to work. In 2007, he joined the Board of Directors of Russpetsstal, where Rostec owned 25%. After that, Russpetsstal bought the factory called Krasny Oktyabr and the Stupinsky metallurgical company (SMK). And among the top managers of these offices, a new member, Nikolai Timokhin, quickly appeared.

Timokhin and Zavyalov do not advertise their relationship, but they constantly "seen". For example, as it became known to Vedomosti, a friendly family flew on a comfortable Challenger CL601-3R liner leased by Russpetsstal.

But they did not live large for long, Russpetsstal went bankrupt - the reason for this was allegedly "dividing" and theft within its structures. But Timokhin took over one of the assets of the SMK - Stupinsky Titanium company. In fact, it was through the STC that he later gained control of AMR.

A reason to get rid of it?

The current scandal with the Samara metal plant is not the first in Zavyalov's career. It should be recalled that he came to the State Corporation from VTB. And there, according to the Gazeta.ru, he managed to do a lot of things: he was on "criminal charges" for embezzling $150 million from a credit organization.

It is also suspicious that two strange deaths occurred before his transfer to VTB. Izvestia wrote that the Director of the corporate block, Oleg Zhukovsky, and the chief specialist, Alexander Furin, were killed under circumstances that were not fully clarified.

An ugly story with FC Krylia Sovetov comes to mind. In 2008, the Rostec structure bought the club, and Zavyalov became its President. And then a corruption scandal broke out: it turned out that the sponsorship funds were a loan issued through Chemezov's Novikombank. And the percentages exceeded the market average by almost two times!

Generally, the Krylia Sovetov "still "fly" at low altitude… According to Volga News, FC is still unable to repay the loan it took out.

It is not surprising that after all these stories rumours spread about Zavyalov's imminent resignation - his adviser Anna Orlenko allegedly claims to be in his place. May the current scandal with the Samara Metal Plant finally cause the top Manager to be removed? According to the Kompania magazine, the case could have been opened based on the results of an audit conducted by Rostec itself.

Apparently, Chemezov realized that this was not looking good and decided that the best defense is an attack. And he also turned in his "accomplices". Should we expect "criminal charges" against Mr. Zavyalov in the near future?

25 January, 8:25
Road to the house: the head of Rostec bankrupted the institute to vacate a beautiful building?
See also