Buy-sell strategy: why Lev Khasis transferred his personal business under the wing of Sberbank

Passion for marketplaces can be not only a development of the Sberbank ecosystem, but also a benefit for interesting people, including bank deputy chairman Lev Khasis.

According to a correspondent for The Moscow Post, the Sbermegamarket marketplace, which is part of Sberbank, has agreed with the Klyuch chain of flexible offices to rent about 4,000 square meters. m in a coworking located in a business center on Sofiyskaya embankment in the Balchug district (Golden Island). When moving to a flexible office, you can not only save money, but even earn extra money.

There are opinions that all this is the idea of ​ ​ Sberbank Vice President Lev Khasis, who previously owned another marketplace, and then transferred the stake to the "native" bank in order to level for the possible continuation of personal enrichment.

Already in February, Sbermegamarket will occupy 551 jobs in the Klyuch Balchug office. It is noteworthy that the company has removed the entire flexible office site, but it seems that it intends not only to rent offices from Klyuch.

"At the moment," Key "really collaborates with Sber. Our residents have access to ecosystem services under special partnership conditions. So, tenant companies can use the exclusive products of Sber for business. We help individuals in opening an IP or LLC through Sber's Business Environment product. In the future, we plan to expand the range of partnerships, but so far there are general ideas at the discussion stage, "The Moscow Post told Klyuch.

Here is the time to recall the ownership structure of Sbermegamarket, which is recorded on Marketplace LLC. "Sbermegamarket" was originally called Goods.ru, was created in 2016 by the Russian network of household appliances and electronics "M.video" (now part of the group "M.video-Eldorado"). To this day, 15% of the service belongs to M.video-Eldorado and the founder of the service, Alexander Tynkovan.

It is known that M.video-Eldorado is closely connected with the family of the scandalous entrepreneur Mikhail Gutseriev, who recently fell under sanctions. Interfax wrote that as of June 21, 2021, 50% of the shares of M.video PJSC belong to Ericaria Holdings Limited, the beneficiary of which is Said Gutseriev (son of Mikhail Gutseriev). In turn, 10% of the shares went to Weridge Investments Limited, which is a subsidiary of Safmar Financial Investments PJSC, the largest minority shareholder of the latter is called Said Gutseriev.

After Gutseriev Sr. was under sanctions, there was talk that this could affect PJSC M.video. But, as they say, "carried" - could Sberbank help here? Given that the topic of marketplaces is close personally to Lev Khasis, his personal intervention is also possible.

The fact is that Lev Khasis is associated with Sbermarket, previously called Instamart (legal entity - Instamart Service LLC). This company, in turn, is 100% owned by the Cypriot INSTAMART HOLDING LTD. 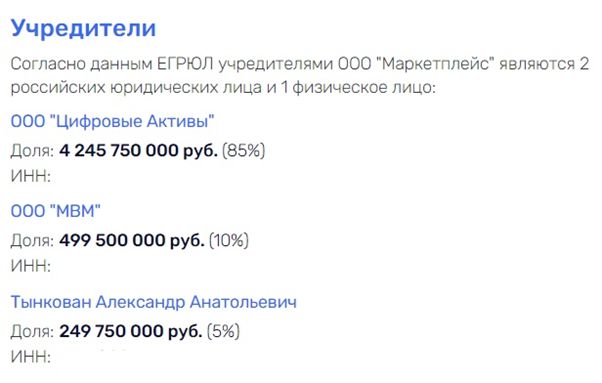 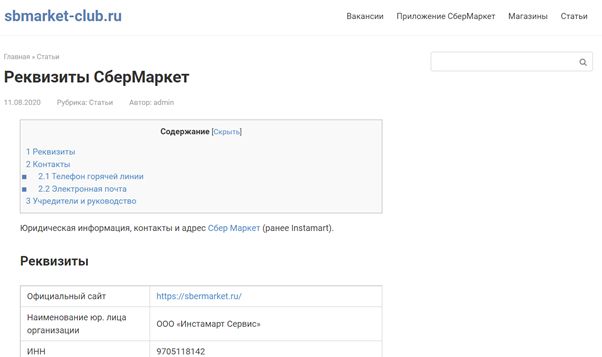 Earlier, no one else owned this foreigner, like the first deputy chairman of Sberbank Lev Khasis. Actually, in fact, initially he was engaged in marketplace privately, having invested in it back in 2018. Since February 2017, he has also invested in American startups Boxed.com, LendingHome.com. Then some regarded this as an attempt to become a business angel (that is, a private venture investor giving financial and expert support to companies in the early stages of development), but further development showed that Khasis still "looked out" for assets for Sberbank.

In 2019, Khasis left the capital of the company - the owner of the food delivery service Instamart. The new owner of the package was the venture fund SBT Venture Fund II, one of the investors of which is Sberbank itself. Khasis converted the package to Instamart into a stake in the fund itself. Khasis's exit from participation in the company opened up opportunities for Sberbank to develop partnerships with Instamart and participate in a joint venture.

At the same time, the very "operation" to get Khasis out of direct possession was called "removing the risk of conflict of interest." But after all, the transaction itself is a conflict of interest - Khasis sold the service to the bank, which he himself oversees. And nothing bothered anyone in this situation.

In addition, it is not very clear why Sberbank generally needed such a small project. Moreover, now the state bank has two marketplaces at once - Sbermarket and Sbermegamarket. All this suggests that Khasis only transferred his personal business "under the wing" of a financial institution. But does this mean that he earns on him on his own?..

It is right to remember how many interesting conversations there are about Mr. Khasis. A lot of noise at one time was made by the documents that surfaced on the network, which initially tried to imagine, as the internal base of Sberbank itself, a kind of register of unreliable people with whom the bank cannot work. And it is not clear how, among others, the names of billionaire Vladimir Potanin and Lev Khasis turned out to be.

It is possible that all this could be a banal "stuffing." Nevertheless, questions to Khasis arose before he joined the state bank. The fact is that in 2011-2013 he was senior vice president of retailer Walmart Stores Inc. Prior to this, for five years he led the X5 Retail Group in Russia, which is known for its extensive offshore structure. And Khasis apparently did not lose his sympathy for them - it is appropriate to recall just the story with Sbermarket.

According to unconfirmed information, Khasis may even have an American passport, and represent the interests of German Gref in this country, where he can fly on the Gulfstream G650 business jet owned by the state bank. Of course, the financial institution itself cannot confirm this.

Meanwhile, recently, the names of both Gref and Khasis sounded in a high-profile scandal - the next publication of offshore documents called the Pandora Dossier (by analogy with the Paradise Dossier). Allegedly, about $50 million was found in accounts that may be related to Gref in Singapore and Samoa. However, there were also opinions that he could hardly earn such money in his entire career.

By the way, about offshore: documents are walking on the network in which a certain Mikhail Kokorich asks for asylum in the United States. It turned out that Kokorich could be the owner of a multibillion-dollar business in the States - the Momentus group. As follows from the document available to The Moscow Post, Kokorich owns the company together with Olga Khasis-Finkelstein-Bespechnaya. By the purest coincidence, the wife of Leo Khasis (the right hand of Herman Gref) is just the name Olga. 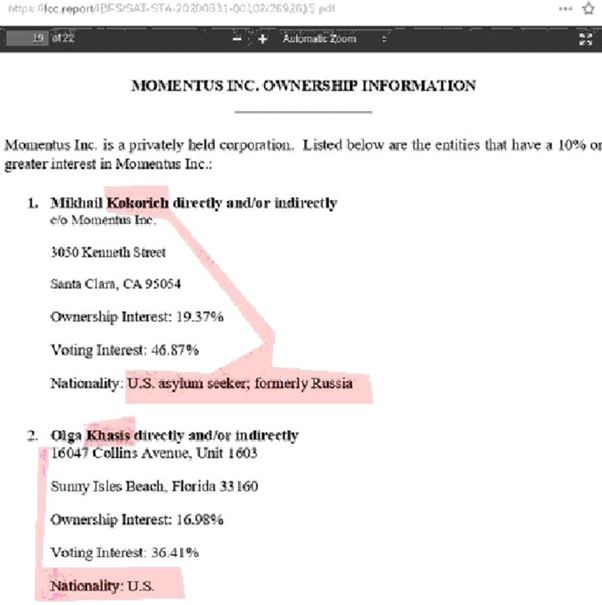 But these are still flowers, because the American website of the company itself indicates that the former US Deputy Secretary of Defense John Rod, as well as the former head of the Pentagon's space development agency, may be related to the work of the group. Simple business connections loom at Khasis!

No wonder they say that there are no former businessmen - and Khasis came to work at the state bank from just private structures. So, he can still engage in entrepreneurship, but do it behind the "screen" of Sberbank. Let's clarify that these are assumptions, but at least this would explain why suddenly the state bank needed two marketplaces at once.