BUDS and troubles of deputy Prokopiev

What methods can domestic "Evalar" eliminate an American competitor iHerb in the market and what is the State Duma deputy here?

According to the correspondent of The Moscow Post in the Altai Territory, the Russian manufacturer of dietary supplements "Evalar" is seeking to limit the activities of its competitor iHerb in Russia. The Central District Court of Barnaul agreed with the lawsuit of the local prosecutor and recognized the information on the website of the international online store, which occupies 20% of the dietary supplement market, banned in Russia. This follows from the file of court cases.

The decision will enter into force on October tenth, after which the iHerb online store may be included in the Unified Register of Sites with Information Prohibited in Russia, and operators will be required to limit access to it for a day.

Litigation is taking place against the backdrop of the growth of Evalar's income.

The manufacturer of biologically active additives "Evalar" in 2020 increased revenue from 8.6 billion rubles. up to 10.7 billion, follows from the data of "SPARK-Interfax." Net profit for the year increased seven times - up to 4.4 billion rubles. At the same time, the structure itself is shaken by checks and scandals.

The Evalar company is controlled by people close to deputy Alexander Prokopiev and was not the first time replaced in not the most friendly ways to conduct business. Whose hands does the business structure work?

So, with a complaint against a competitor, the former director of the Evalara company, a deputy of the regional legislative assembly from United Russia of the Altai Territory Nikolai Yakushev, who created the regional People's Control, appealed to law enforcement agencies. It was on such a complaint that the supervisory authority filed a lawsuit against iHerb with the prosecutor's office. 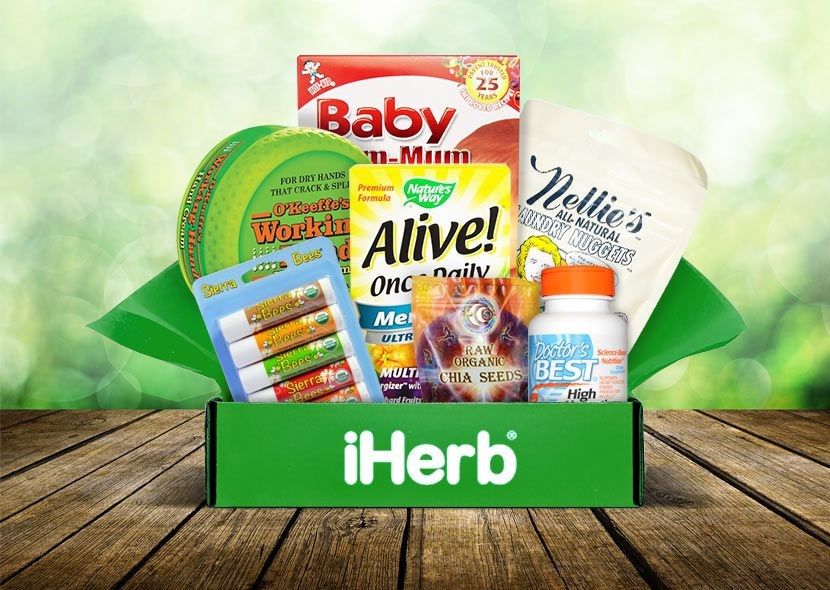 Representatives of the "People's Control" turned to and. about. Regional prosecutor Alexander Fomin with a demand to remove the website of the company of the international marketplace. As a result, the Central District Court of Barnaul recognized the information on the website iHerb banned in Russia. According to witnesses, the court decision cost Evalar ₽50 million, Forbes reports.

In the complaint, social activists indicated that iHerb sells on its website goods containing prohibited and psychotropic substances, and homeopathic drugs under the guise of dietary supplements.

In addition, People's Control discovered on the website of an online store the sale of special food for athletes, which cannot be imported into Russia without special permission from the Ministry of Sports. In total, social activists found on the iHerb website more than 2,000 positions that violate Russian laws, but not all of them were included in the statement of claim.

The online store iHerb considers the decision excessive and will dispute it, writes Forbes with reference to the general director of the iHerb in Russia Ilya Mikin.

Yakushev is the Director of Development and Medical Direction of the Altai Biopharmaceutical Cluster non-profit partnership, which unites various manufacturers of drugs and dietary supplements.

Another member of People's Control, Alexander Tyunin, heading another enterprise 100% owned by the concern, Volnitsa LLC, associated with Evalar. 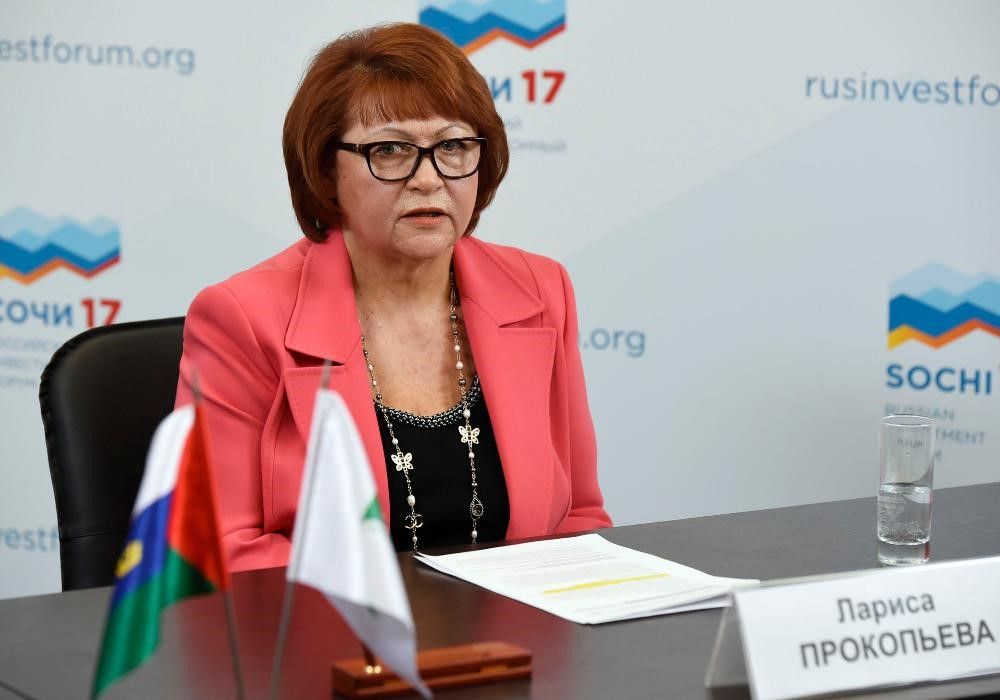 Yakushev speaks out with public accusations against the American marketplace. He believes that the goods that are sold on the ru.iherb.com website contain "prohibited plants from the list of plants containing psychotropic, potent or poisonous substances." It allegedly tells about special nutrition for athletes, the import of which is prohibited on the territory of the Russian Federation, writes Taiga.Info.

The political background of the conflict between the iHerb and the beneficiaries of the "People's Control" Evalar adds to the fact that the son of the owner of several structures of "Evalar" Larisa Prokopyeva - Alexander - was elected to the State Duma in the Biysk district from "United Russia."

Alexander Prokopiev is one of the sponsors of the Altai branch of United Russia. According to the results of 2017, he became the richest Siberian deputy of parliament. According to 2020, Larisa Prokopyeva ranks penultimate in the top 25 richest women in Russia according to Forbes magazine. The net profit of the dietary supplement manufacturer at the end of 2020 is estimated at 4.5 billion rubles. Prokopyeva also owns shares in the companies Pharmavest, Evalar Beauty and Health Center, Test Analytical Testing Center and Biocom.

Alexander Prokopiev owns 24% of Pharmavest's shares, which is now managed by Natalia Prokopiev, follows from the data from the Loop. Focus. " Looks like a very successful family business!

"Evalar" did not justify the trust

However, there are also doubts about the quality of Evalar products themselves. At the end of November 2019, the site of its online platform Fitomarket was blocked due to the company's violation of sanitary and epidemiological requirements. The Dmitrovsky District Court of Kostroma decided to block the page with products for children's health as violating Russian legislation that does not allow ensuring the safety of citizens, violating their constitutional right to protect life and health.

The court found the information about the sale of dietary supplements and vitamins on the sites "Fitomarket" and Vitamina prohibited for distribution, demanding to block these Internet resources, RBC wrote. However, the information declared prohibited by the court was not deleted.

In March 2019, the FAS found CJSC Evalar as an advertiser guilty of violating the requirements of the Advertising Law. The antimonopoly department with a complaint about the contextual advertising of the drug "Ginkoum," distributed through the service "Yandex.Director. "

The guarantee of positive action and effectiveness, which is present in the controversial advertising, violates the ban established by the Law on Advertising, on the basis of which the FAS of Russia recognized the advertising as inappropriate, indicated on the FAS website.

Serious charges were brought several years ago against Larisa Prokopyeva's former business partners in the case of embezzlement of funds of the Altai Federal Center. During the investigation, the names of Evalar shareholders Alexander Zharkov and Irina Teploy surfaced. Zharkov stood at the origins of the creation of "Evalar" and was the "godfather" of Prokopieva.

Academician, General Director of FNPC Altai JSC, one of the most important defense enterprises in Russia, Alexander Zharkov, died in his workplace in 2016. Subsequently, Mikhail Goncharov, inspector of the Biysk Department of the State Labor Inspectorate in the Altai Territory, suddenly announced at a press conference that the director of the Altai Scientific Center had passed away voluntarily.

As Versiya wrote, later, in 2020, the management of the enterprise was found guilty by the Altai Regional Court of embezzlement of over 115 million rubles. The chief designer of the FNPC, the first deputy general director and concurrently son-in-law of the late Zharkov Andrei Litvinov, and the former director of the Altai Scientific and Production Concern, deputy of the Altai Regional Legislative Assembly from United Russia Irina Teplova appeared before the court.

Teplova began her career with the post of secretary Alexander Zharkov. Both Teploy and Litvinov were charged with aiding and abetting a crime under Part 4 of Art. 160 of the Criminal Code (misappropriation or embezzlement committed by an organized group or on an especially large scale). The organizer of the theft in the amount of at least 115 million rubles, the investigation considered the deceased director of the Altai FNPC Alexander Zharkov.

It is known that among the legal entities-founders of Evalar in the early 90s there was, apparently, one of the CJSC NPK Altai, which was headed by Irina Teplova for 16 years. It seems that through NPK Altai, both Zharkov, Teplov and Prokopiev indirectly owned additional shares in Evalar: 19.8% belonged to Zharkov in NPK Altai, 15% belonged to Teploy, and 4.5% to Prokopyeva. At least these data were relevant for 2007.

Now market participants are watching the conflict of competing companies, which have gained a controversial reputation in the dietary supplement market, and the difference between them is that Evalar is a domestic company, followed by influential people in the country, albeit very much with a plume of scandalous stories.