For whom is Alexey Blanin building an office building on the place of historical sites in the heart of Ivanovskaya Hill (Ivanovskaya Gorka)?

According to The Moscow Post, civil society activists have clung to Alexey Blanin's AB Development project, which involves the construction of an office complex near the architectural monument – Grigory Jurgenson's manor in Kolpachny lane. The businessman not only miraculously got a piece of land in the heart of Moscow, but he also managed to enlist the support of restorers and Department of Cultural Heritage for the demolition of historical buildings. Now its activists are dragging him to court.

But Alexey Alexandrovich can not be taken so easily. He knows what a tough business is since the days of Rosbuilding, and his friendship with the owner of PIK GC, Sergey Gordeev, clearly taught him to "competently receive" the project. In addition, there is another influential character behind Blanin - Kirill Androsov, who, on the one hand, is a great assistant to Sergei Sobyanin, and on the other, according to rumors, the "shadow" of the head of Sberbank, Herman Gref.  In whose direction will the scales of Themis outweigh with such a strong "army"?

Butyrsky district court of Moscow will have to resolve the dispute. It was there that the claim for violations of the state historical and cultural expertise was filed, Kommersant writes.

In the middle of the historical quarter, in Kolpachny lane, they want to build an office building surrounded by eight cultural heritage sites. There are: house of the Dyak Ukraintsev of the XVII century, urban manor of Jurgenson 1912 and houses of the servants of the Moscow Archive of the Collegium of Foreign Affairs dating 1808.

This project is led by AB Development with an investment of $15 million. As a result, an office building of 7 thousand square metres is intended to be raised there.

Now a four-storeyed building - The Institute of Sociology of the Russian Academy of Sciences (ISRAS) built in 1939 is situated on this place. It is planned that "reconstruction of the existing non-residential building will be carried out with the dismantling of the latter to the basement" and as a result, a five-storeyed building with two underground floors will appear. The project was positively evaluated by the restorer Elena Nikolaevna and approved by the Moscow  Department of Cultural Heritage, so they signed a positive conclusion in the act of the state historical and cultural expertise.

Meanwhile, in Archnadzor it was declared that it looked like "unprecedented intruding" on Ivanovskaya Hill as one of the most valuable on degree of buildings' preservation of the city's ancient districts. And allegedly all this will eventually entail a large-scale demolition of a series of mansions of the XIX century, Kommersant writes.

The publication cites the indignation of Zakrevskaya, an activist who points out violations, where the increase in the size of the building almost twice as a result of the project is only a small part.

The city defenders who tell about the history of buildings of the quarter are against this project, as they are afraid that several buildings will be demolished, and "all Khokhlovka will appear under hellish reorganization in the high-tech style". One of the activists writes about this in the Facebook group. Concerned residents are asked to write appeals to the Prosecutor General's office of the Russian Federation to challenge the act of state historical and cultural expertise. 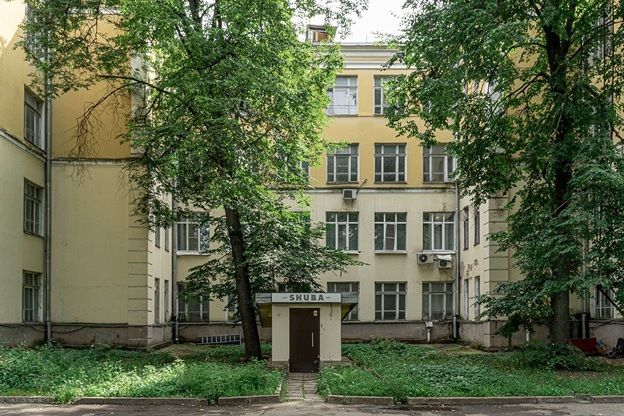 The building of the Institute that they want to demolish

There is a petition on Change.org website where activists ask to leave the historical buildings intact and assign a protected status to the ensemble. The appeal is dedicated to Vladimir Putin with a request to stop the illegal actions of the Moscow Government. The petition was signed by about 9 thousand people.

It is noted that this is the second such attack on the Ivanovskaya hill. The first attempt was made nine years ago to build a business centre on Khitrovskaya square. The protest then alerted tens of thousands of people and the capital's government supported Muscovites.

Now the forces of activists may not be enough, because the interests of other influential people may stand behind AB Development, which give the green light to the project.

AB development is 65% owned by Altera, and 35% by Alexey Blanin (former CEO of Horus Capital, created by the founder of Rosbuilding, and now President of PIK group Sergey Gordeev).

The company was created in 2008 as a result of the restructuring of the Horus group created by Gordeev.

In 2011, AB development became part of Altera Capital. But it was allegedly created by Kirill Androsov – a long-time friend of the head of Sberbank, Herman Gref. They worked together in 1996 in the city hall of St. Petersburg, then in the Ministry of Economic Development, and officially their paths parted only by 2007. 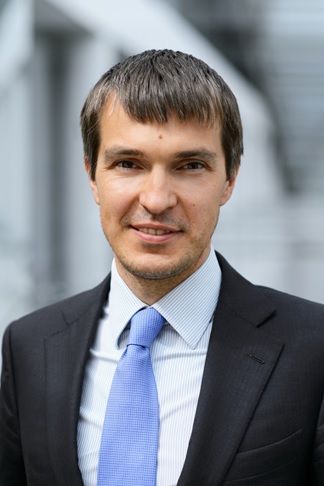 Apparently, Alexey Blanin has a rich experience of "raiding"

According to Rusprofile, Altera Capital LLC is also present in the assets of Blanin's main company Developerskiye Resheniya Nedvizhimost LLC. As it can be seen by the data, it has a very active financial life. Revenue of 684 million rubles, and profit of 176 million rubles.

Another company that has almost a similar scheme of founders, Developerskiye Resheniya LLC, looks quite dying with a loss of 710 million rubles. And here questions towards financial indicators arise.

There is another influential character in the life of Alexey Blanin – Sergey Gordeev. Interfax reported that Blanin was elected to the Board of Directors of PIK group in 2014.

The friendship of these businessmen stretches back to the days of Rosbuilding. In this company, which is popularly called "the largest Russian raider", Blanin was the financial Director at one time.

It should be recalled that the company became famous for the rapid purchase of businesses, which later grew into shopping centres and residential real estate. The Moscow Department of economic security considered Rosbuilding to be involved in buying up controlling stakes in several dozen city enterprises for the purpose of closing and building.

But now - time has passed, the power has changed, and at the moment the descendants of Rosbuilding with the glory of unfriendly absorbers fully rebuild the capital. And its cultural heritage!

Gordeev also seems to be looking at historical objects. For example, he took on an important task of moving the water tower and a number of other buildings of the XIX century on the territory of the former compression plant called Borets in Maryina Roshcha. They will be moved and built into the development of the Sheremetyevo residential complex. Soon city defenders will most likely pay attention to this object as well.

But Sergey Gordeev is famous for tough business conduct with the opposition of the police and residents, picketing and other unpleasant attributes. The media has repeatedly rolled a wave of publications about the dissatisfaction and pickets of people who opposed the development of the group's units. It was also written in detail by The Moscow Post.

To take such objects, another person for a full-fledged image is needed. Both Gordeyev and Blanin seem to have a great loyalty from the authorities. For example, if we talk about the PIK group, only in 2018 it received almost 50% of orders for renovation, marking itself a leader in this field, as RIA Novosti wrote. It is possible that Androsov, who was allegedly Sobyanin's closest assistant, also helped to obtain plots and orders.

Who are we building it for?

Previously, experts in Vedomosti estimated that the rent of such offices on Ivanovskaya Hill might reach up to 40 thousand rubles per square metre per year. This is a fairly high price, and the question is who will go to these areas?

Indeed, looking at the objects of AB Development, it seems that Blanin is building them for the elite. They even entrust him to build a multi-functional cultural centre on the Mosfilm's territory, as was said in a message on the of the Moscow city Urban Development Policy Committee portal.

Sberbank's office might also be located here. The chain of influential people around Alexey Blanin may also indicate the interest of Herman Gref in the implementation of this object.

Anyway, the impulses of activists in this scheme look, alas, predetermined.