Avito buyer Ivan Tavrin can act in the interests of Denis Manturov and Sergei Chemezov. Is online retailer Wildberries next?

The company of the former head of MegaFon, and now a major businessman in the field of communications Ivan Tavrin, has agreed to buy the Avito ad service for 151 billion rubles. This is less than the amount in which the company was estimated before the special operation, i.e. the structure is purchased at a large discount. The deal will be closed by the end of October.

At the same time, completely different people may be behind the interests of Tavrin, namely the head of the Ministry of Industry and Trade, and now also Deputy Prime Minister Denis Manturov. And where Manturov, there is his longtime ally, the head of Rostec, Sergei Chemezov. Their families have been doing business together for a long time.

What can lie behind this deal and what other appetites can Ivan Tavrin and his likely patrons have, the correspondent of The Moscow Post understood.

The direct acquirer of Avito is Ivan Tavrin's holding Kismet Capital Group. In February 2020, it announced a merger with another offshore company, the Cypriot game developer Nexters.

Kismet owns Media-1 media holding, a controlling stake in the Vertical tower company and a number of other assets. In August 2021, it became known that Kismet intends to purchase many cell towers from Veon (VimpelCom, operates under the Beeline brand).

In January 2022, Ivan Tavrin's Kismet Capital Group acquired 100% of the Russian Towers infrastructure operator from the UFG Private Equity fund - the second largest, together with Vertikale, a similar company in Russia. After that, they started talking that Tavrin even wants to monopolize the industry.

Today, other large mobile operators also sell their cell towers. The reason is banal: it is much cheaper for such structures to rent towers than to independently upgrade them to new 5G communication standards and beyond.

Even then, it was assumed that Tavrin, who was the general director of Megafon from 2012 to 2016, could act in the interests of more powerful people. Today, suspicions are growing, because Tavrin himself did not have enough money to buy Avito.

Who orders the music

At the end of 2021, the financial indicators of Kismet Capital Group LLC look simply depressing. No revenue, but there is a loss - 459 million rubles. At the same time, the structure was literally pumped up with assets, the cost of which, according to the Rusprofile service, is about 1.5 billion rubles.

Nevertheless, an amazing fact: the deal to acquire Avito will not be paid by Tavrin himself, but by a consortium of banks led by Rosselkhozbank. I.e. a structure with state participation, which is largely tied to the position not even so much of the Ministry of Agriculture, but of the Ministry of Industry and Trade. Since through the RSHB there is financing and subsidizing purchases of equipment for agricultural work - combines, tractors and other things. Denis Manturov is in charge of this.

The cost of Avito fell sharply due to the rapid desire of the foreign owner of this service, the South African holding Naspers to leave the Russian market, as well as taking into account the bill of State Duma deputy Anton Gorelkin, who proposed limiting the share of foreign companies in services for placing ads to 20%. And Tavrin ended up here, as here - and even with financing from the state bank.

Note that it was Denis Manturov who in the past repeatedly proposed to the Government to capitalize Rosselkhozbank, which is known, among other things, for participating in numerous corporate conflicts. 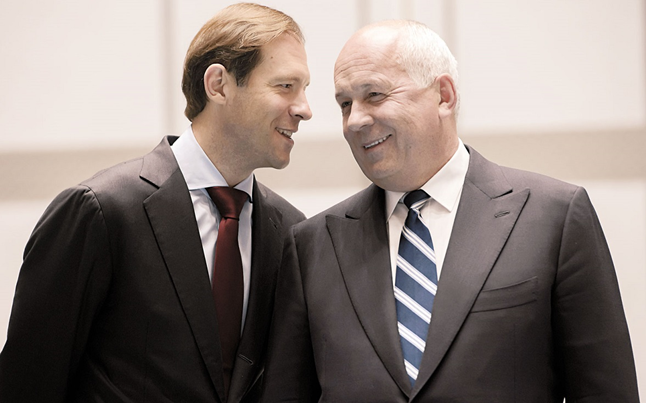 Longtime associates Denis Manturov and Sergei Chemezov may be behind the pressure on Internet marketplaces. Photo: argumenti.ru

Why the RSHB should deal with Tavrin is quite difficult to understand. But here's what is interesting: just a day before the announcement of the deal on Avito, the Russian division of the American company Duracell Durasell Rasha sent a complaint against Avito, as well as, more interestingly, one of the largest online retailers in the Russian Federation, Wildberries Tatyan Bakalchuk.

Duracell appealed to Russian officials in connection with the allegedly large amount of counterfeit sold under the company's brand on these sites. The addressees of the appeal were the Association of Internet Trade Companies, and, of course, the relevant ministry is the Ministry of Industry and Trade, represented by Artyom Sokolov, director of the department for the digital labeling of goods and legalization of product turnover.

The representative of the Ministry of Industry and Trade confirmed the receipt of the letter and said that information on the sale of counterfeit products under the Duracell brand on Wildberries and Avito will be transferred to the authorized authorities for verification and action.

The appeal, let's face it, was a little late. A similar Wildberries could have been suspected before. However, earlier the Americans were raised by the Ministry of Industry and Trade in the person of Denis Manturov - and, quite likely, from his own submission.

In September, Manturov called for the urgent development of measures to combat counterfeit children's goods, which occupy a significant share of sales of both Avito and Wildberries and other similar services, for example, Ozon. By the way, Ivan Tavrin invested in Ozon back in the late 2010s.

This is, in fact, a counteraction to the illegal circulation of industrial products, and this is a clear threat - the government can get leverage on the market of such goods, their suppliers and beneficiaries of services. But an even more important thing happened earlier - in July 2022.

Then, on behalf of Denis Manturov, the Ministry of Industry and Trade organized a commission to create conditions for self-regulation in electronic commerce. The new body is designed to monitor compliance with the standards for the interaction of marketplaces with sellers of goods signed on June 7 by representatives of industry associations, public organizations and large marketplaces.

The agreement was developed in order to self-regulate the Internet trade market and prevent manifestations of unfair competition. And here special attention is attracted by a series of scandals and conflicts of the online retailer Wildberries, which is owned by the richest woman in Russia, Tatyana Bakalchuk.

The initiative of the Ministry of Industry and Trade fell on fertile soil. It's no secret what tension exists between Wildberries and the structure's suppliers. Apparently, the point is in the possible desire of Mrs. Bakalchuk to maximize her own profit at the expense of counterparties.

Back in 2020, Wildberries suppliers complained about forced discounts on their products. At the same time, instead of removing goods without discounts from sale, the marketplace forcibly set them a discount of 25%. It turned out that such an opportunity is spelled out in the offer agreement, as the online publication wrote about.

Further, the conflict only developed, and after the start of the SVO and the introduction of "draconian" sanctions against Russia and those who can cooperate with it from foreign suppliers, it only intensified. It got to the point that Tatyana Bakalchuk began to make excuses to counterparties.

"Small and medium-sized businesses come to ministries, begin to complain about marketplaces that they are trying to regulate them, force them to put discounts or fulfill delivery times that they promise consumers. They are silent about something else - about what plus they get from what they interact on marketplaces, "Bakalchuk said, speaking at the macroeconomic session of the VTB Capital forum" Russia Calls "at the end of 2021.

However, then, in a calmer economic and sanctions situation, putting pressure on Bakalchuk and other owners of such services was problematic. Now, against the background of an influx of counterfeit goods on their services and problems with counterparties, it became possible to really regulate the industry so that it would be more profitable to sell it. 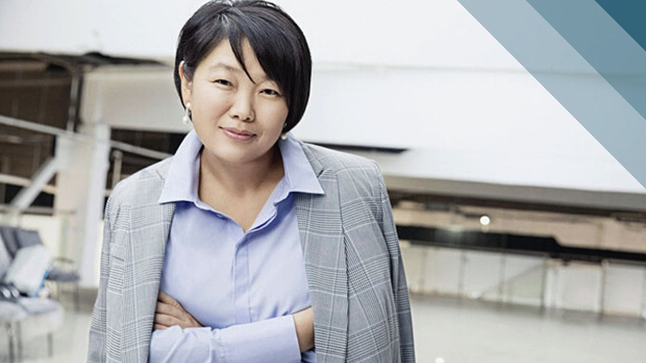 Tatiana Bakalchuk may receive the next offer to sell the business at a large discount. And if he refuses, problems may arise... Photo: business-asset.com

With a high degree of probability, Tatyana Bakalchuk will receive the next offer to sell his business. And it is quite possible that it will come from Ivan Tavrin, behind whom, against the background of all this information, the duet of Manturov and Chemezov loomed.