"Barmaley" will eat on Warsaw: will Golubev "transform" the historical building?

Authoritative businessman Vladimir Golubev, continues to build his business according to the canons of the dashing 90s?

According to The Sankt-Peterburg Post, the Adamant holding, the key beneficiary of which is the famous St. Petersburg businessman Vladimir Golubev, was going to arrange a food hall in his Varshavsky Express shopping center, the historical building of the Warsaw railway station.

This is another project of an authoritative businessman who began his business in the dashing 90s and is known for his specific methods of doing business. So there are serious concerns for the architectural appearance of the building, as well as for the future filling of the site.

And now Petersburgers are waiting in awe for news about how the Warsaw Express building under the signs of different-caliber cafes can change again, and entrepreneurs are wondering whether they should contact this "catering facility."

We will shake - we will see

However, it is not a fact that there will be many signs on the building. Of course, the future gastro space with a concert venue and co-working space will take 34 thousand square meters. m and will become the largest in Russia, but the question is: will there be enough residents to close 90 planned restaurant concepts?.. So far, Adamant representatives have named five names of potential business partners, but did not specify how many tenants have already managed to conclude real contracts.

Recall that Adamant's plans to redesign the Varshavsky Express shopping center on the Vododny Canal embankment for gastrospace became known back in 2019.

Experts believe that Varshavsky Express, for the "development" of which Adamant, the largest owner of retail real estate in St. Petersburg, began in 2003, was initially the most difficult and from a commercial point of view ineffective.

A lot of time and effort was taken by the confrontation with city defenders who organized unauthorized pickets and other protests uncoordinated with the authorities. But, apparently, for Mr. Golubev, owning this building was a matter of principle. 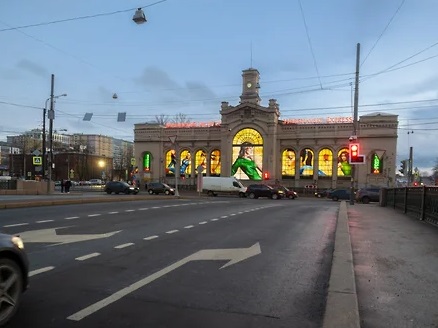 In the near future, the historical building of the Varshchavsky Express should be covered with logos of various catering points. Photo: fontanka.ru

The building of the Warsaw railway station and the adjacent territory at one time cost Adamant at least $4 million - money, today, is ridiculous for such real estate. Earlier, the building was on the balance sheet of Russian Railways, which was then headed by Vladimir Yakunin.

The person by whom the station left, and the modest cost in comparison with the historical and architectural value of the building, launched a whole wave of rumors that the object could go to Golubev for a possible reward to the head of the railway monopoly. After years, no one could confirm this.

And then, after the purchase, they tried to compensate for the costs by placing a discount center with an entertainment area in the building of the former station. However, expectations were clearly not met.

Whether the new food hall will be a success is still hard to say. The project seems to experts very risky in a crisis, even despite the partnership with an experienced Moscow restaurateur Alexei Vasilchuk.

Golubev is the founder of 22 existing organizations at once, from which the question of their real activities may arise. According to the financial statements published on the Rusprofile resource, Adamant has not made a profit at all for several years. At the end of 2021, annual revenue amounted to 292 million rubles, profit - 65 million rubles, and the net value of the company went into minus 137 million rubles.

Many subsidiaries, at first glance, may have signs of fictitious behavior. But if you get acquainted with the history of the Adamant holding and its most famous shareholder Vladimir Golubev, then you can't be surprised by this, besides, it immediately becomes clear that these gentlemen will not miss their own.

The Adamant holding was founded in 1992 by entrepreneurs Igor Leitis and Mikhail Bazhenov, Golubev almost immediately joined them - he, according to rumors, is better known in certain circles as Barmaley, aka Sizy, aka Dove - one of the most famous and odious criminal authorities in the Northern capital, "breaking" a lot of firewood in 90

However, he began his journey under the Secretary General of the USSR Yuri Andropov. As FLB reported, in the 80s, Golubev received a criminal record for theft, robbery and robbery, in total, he served more than one prison term. There, probably, he got the right acquaintances, which later ensured success in business. According to the authors of the site MZK1, allegedly he was close to members of the infamous Tambov organized criminal group.

Initially, businessmen generally traded toilets, but the business expanded, and new areas were mastered. It is known that by 1997, entrepreneurs controlled a whole network of St. Petersburg markets near the metro station. In those days, this business was very profitable and attracted the attention of criminal structures. And today the holding has become one of the largest owners of commercial real estate in Russia. 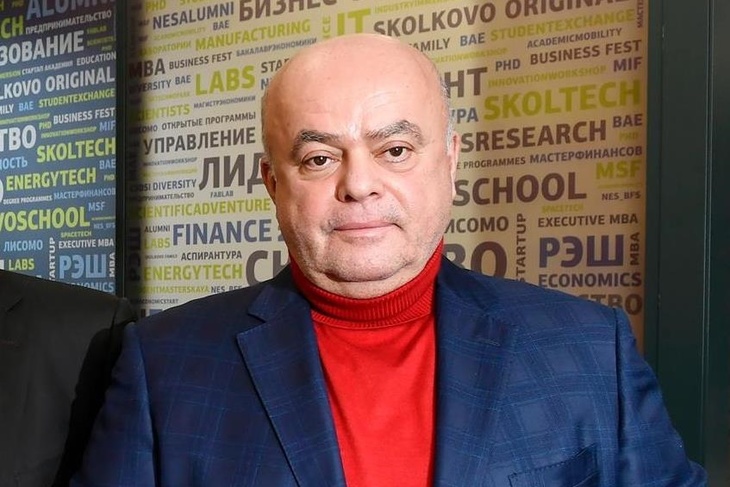 But the methods of "resolving issues" do not seem to have changed much since the 90s. This was already convinced not so long ago by entrepreneurs, whose premises were near the territory owned by Adamant.

As Fontanka wrote, employees of GazRemStroy LLC, who intended to reconstruct a cafe near the Ladozhskaya metro station, have been investigating relations with Adamant specialists in the courts for more than two years, who simply blocked their passage, and in an unofficial setting they put an ultimatum that someone should own this territory alone.

It is noteworthy that Adamant itself was going to build a new Zanevsky Cascade shopping center on a plot of residential apartment buildings, even a forensic examination was carried out to find out on what grounds Adamant was given permission.

In the process of litigation, the building where the shawarma was made burned down, one of the owners of this business was shot dead, and there were threats to the representative of the insurance company.

As you know, "Adamant" in the end nevertheless implemented its project. And now he is stubbornly trying to make the Warsaw Express profitable.

Interestingly, most of Golubev's companies, according to Rusprofile, are engaged in the road construction business. The businessman was lucky to receive several multi-billion dollar tenders in this area. And connections in political circles could help him in this. They can be especially strong in the Kursk region, where Golubev is friendly with the governor Roman Starovoit. The Moscow Post previously wrote in detail about their "friendship."

Vladimir Golubev may be familiar with the family of the head of Rosneft Igor Sechin. Other very influential people also surfaced in the entrepreneur's road projects: the Kovalchuk brothers, the Rotenberg brothers, Sergey Chemezov. And as if they repeatedly helped him to get out of very difficult situations. Recall at least how Rossiya Bank bought 1.5 billion rubles of debts of the St. Petersburg Buer CJSC, affiliated with Vladimir Golubev, and thereby saved the latter from bankruptcy.

It is not for nothing that Barmaley from the 90s has become a respected entrepreneur today. And if he said that the Warsaw Express would be profitable, then so be it.