With a fragile hand, the billionaire's wife Anna Barinova "turns" the trees of Murinsky Park, as if with the participation of the Government of St. Petersburg. Well, Themis to help the activists!

According to The Moscow Post correspondent, soon unauthorized rallies and pickets in defense of Murinsky Park in St. Petersburg will be able to celebrate the 10th anniversary. Activists, city defenders, and sometimes the Prosecutor's office are fighting against the structure of billionaire Barinov and his wife to stop cutting trees and expanding their Nova Arena sports complex.

And now, when it seemed that the issue was resolved thanks to the court in favor of the green territory, the Government of St. Petersburg appeals and, as if, plans to continue lobbying the interests of the Barinovs. And here's what's curious. The businessman was friends with ex-Governor Georgy Poltavchenko. Apparently, Chairman of the Legislative Assembly Vyacheslav Makarov, who offered a helping hand five years ago, did not stay away.

It is a common knowledge that current Head of the city Aleksandr Beglov has a long-standing conflict with the latter. So why would he "frame himself" and support this project? Could the Governor have been "framed" by Makarov's supporters in this way?

But first things first. Now the Anna Nova company wants to build the second stage of the Nova Arena sports complex in Murinsky Park. Local residents, as well as city defenders and the Prosecutor's office, opposed it. Despite this, the Government of St. Petersburg changed the status of the site from a recreational zone to "sports" one, which gives progress to the construction. The case went to court, and Themis sided with the Park's defenders.

The officials do not want to stop now and according to Kommersant go to the court of appeal to appeal the decision of the first instance. After all, the "clearing" of the Park has already begun, why to stop?

Many people are confused as to why this particular site has become popular with officials and Anna Nova, and why they continue to cut the park down? After all, today there are at least five locations in the Kalininsky district, where the second stage of the object would fit perfectly.

Previously, 5 hectares of Murinsky Park situated to the North of the Northern square were "cut out" of the law on public green spaces for them. However Gosstroynadzor signed the act of commissioning only in 2015, when the first stage of the complex had been working for a year, wrote the NSP publication. It should be recalled that the first stage of the sports complex was started in 2010.

To "improve" the park

The owner of Anna Nova LLC is the wife of oligarch Oleg Barinov – Anna. In an interview with RBC in 2018 the couple said that they actually "improved the territory" by the construction in Murinsky Park. In their opinion, it used to be "a swamp, an abandoned stream and a dump of refrigerators and cars".

And now people are happy to do sports. Only what kind of elite are we talking about, taking into account that at that time the season ticket cost at least 60 thousand rubles? And why were social networks and media full of reports about rallies asking to stop the construction and return the park to people? 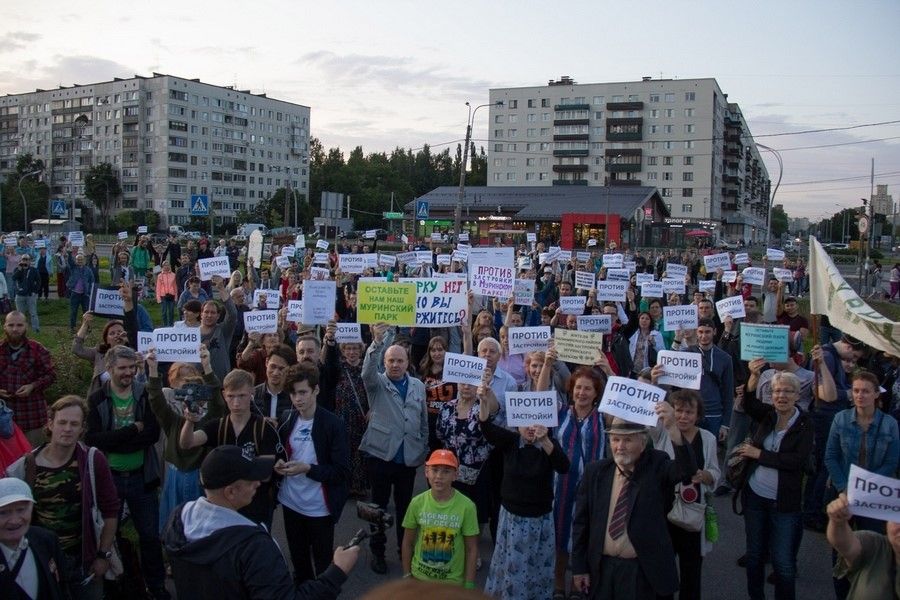 Don't the Barinovs notice numerous "against"?

Inconvenient questions from activists fly to Governor of St. Petersburg Beglov and the Government itself. For example, why is the Park's land leased for a penny, only 700 thousand rubles a year for 1.8 hectares? Why are the interests of Anna Nova LLC and the oligarch Barinov maintained for so long?

It is noteworthy that Anna Barinova used to sing songs, performed with the soloist of the Smash group Vlad Topalov, and even participated in the recording of the anthem "Zenit forward" together with the music group named Leningrad. But, apparently, she decided to leave the career of pop diva and go into business.

Finances are a mess

Her Anna Nova LLC company, according to Rusprofile, shows a loss on revenue of 38 million rubles.

At the same time, not without the direct assistance of the authorities. As noted by some rumors, the Barinovs were on a "short leg" with the Governor of St. Petersburg, Georgy Poltavchenko. It is known that his son Aleksey Poltavchenko was a business partner of Oleg Barinov in the Investbugry and Peterburgstroy enterprises, wrote Delovoy Peterburg. 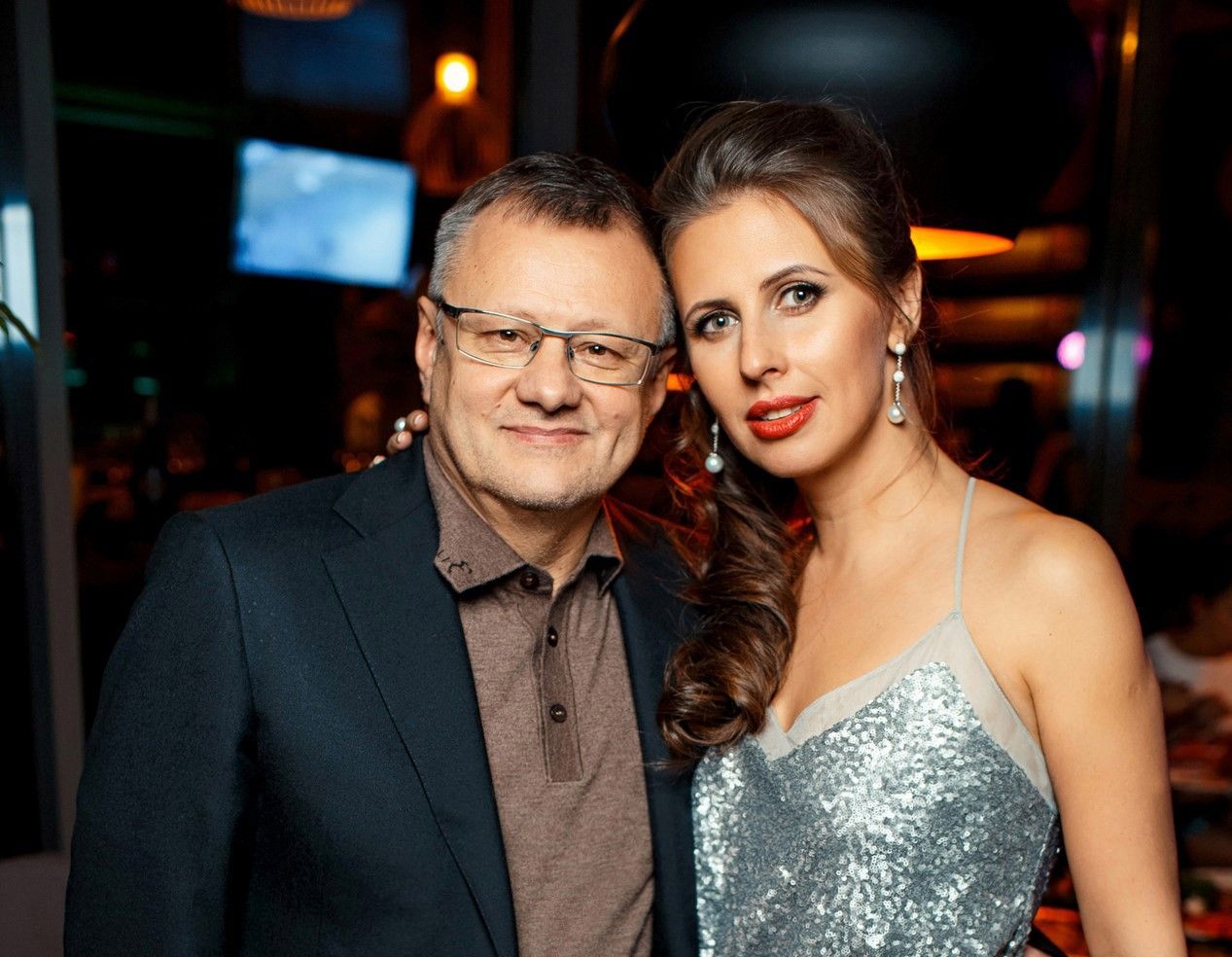 When art includes the park cutting down!

In addition, the publication noted the connection with Iraya Gilmutdinova, the wife of the founder of SMP Bank Konstantin Goloshchapov. On the Sigma portal there was information that allegedly Goloshchapov was a native of the criminal world, and received the nickname "Padre" for his piety.

Of course, with such connections, it was so easy to "drag" the sports complex through the storm of indignation and pickets of residents.

The Barinovs officially glowed with Poltavchenko. Thus, in 2018 they pompously signed an agreement on cooperation and construction of the Museum of modern art and continuation of land development of the Kalinin district and construction of sports facilities on them. And all this happened under applause at the SPIEF, as was reported by investportal of Saint Petersburg. 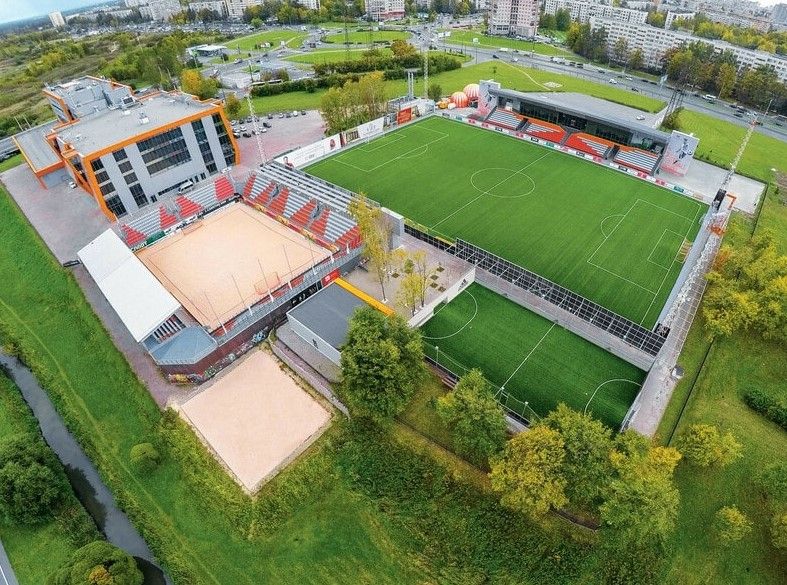 The project that the Barinovs want to implement

Now Aleksandr Beglov is responsible for everything, and he clearly continues the support line. Although, according to the information of Bumaga, he allegedly can not decide whose side he is on and tries to ignore questions about Murinsky Park. Were his interests behind all this?

The fact is that it is probably Chairman of the St. Petersburg egislative Assembly Vyacheslav Makarov, who is lobbying the interests of the Barinovs. Blog Spletnik wrote that allegedly, when Vyacheslav Serafimovich arrived at the Nova Arena, he unobtrusively asked: "Oleg, what kind of help do you need?" It can be seen that in pushing through the laws, a helping hand is waving at the Barinovs.

And this is with Makarov's love for gardening! It is no secret how the speaker uses the law on green spaces to prevent developers from entering the territory. But in this case, doesn't anything bother the official?

The Anna Nova company is only a small grain of sand against the background of the Nova Group holding, which includes not only art and sports, but also development. Oleg Barinov is a billionaire with the main assets of Petrokhimopttorg, Peterburgstroy, and SPb Biodom. In 2018,  Delovoy Peterburg estimated its net worth at 4.5 billion rubles.

Well, with such support, it can only be said that God and Themis help the activists. After all, it is true that people unjustifiably suffer without beautiful green areas when such officials are implementing their business interests, taking away fat pieces of territories for expanding. So the authority should determine and stand on the side of ordinary citizens!