Banker under the moire "veil"

Money depositors of Transnational Bank surfaced at Sergei Kononov in the Kholm port?

Sources of The Moscow Post told the news about the notorious owner of the Transnational Bank, who had fallen in the Summer, Sergey Borisovich Kononov. A request not to confuse him with the full namesake who works as a minister in Crimea.

The former owner of the Transnational Bank has ceased to know about himself since 2015. He did not fall into poverty, on the contrary, he becomes president of Urals Energy LLC with a luxurious office in the elite part of the capital.

According to our informant, Mr. Kononov wrote a certain Dmitry Paltov to his partner.

It turns out that Sergey Kononov is conducting a large-scale business in Sakhalin. In the sphere of his interests, both oil production and the work of the Kholm seaport. In some cases, he is helped by both a lawyer with a damaged reputation Denis Kutishenko and a certain businessman Roman Shvets.

The authors of the message sent to the editorial office are asking to pay attention to the fact that the case against Sergei Borisovich Kononov, who "drowned" the Transnational Bank, is neither shaky nor rolling: and the metropolitan investigator, Colonel Timofeev, does not seem to seek an early completion of the investigation. It turns out that Mr. Kononov has a reliable "roof," if he was not planted, the matter was slowed down and even allowed to earn further? But why is this "kindness"?

Mr. Kononov's confused business was understood by the correspondent of The Moscow Post. 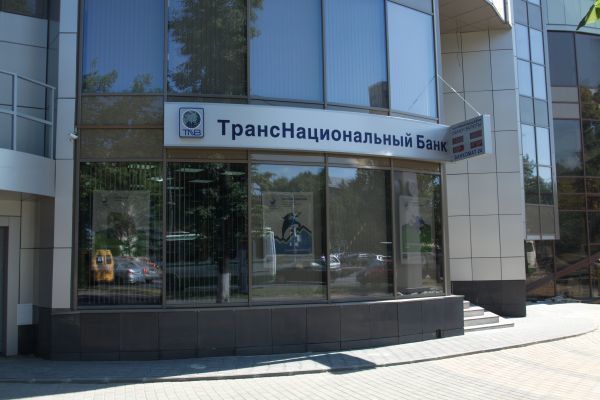 As of April 1, 2015, Transnational Bank ranked 185 in the banking system of the Russian Federation in terms of its assets. As it turned out a little later, it was in this bank that the famous hockey player, Dallas Stars striker Alexander Radulov, kept his savings with a friend Sergei Kononov.

And when the bank "fell asleep," Kononov asked Radulov's friend "to wait three years." And in return, as if on bail, generously gave two premises in the center of Moscow for about $25 million. This was reported by REN TV.

The "deal" took place at a distance, since the hockey player was hopelessly in the United States. And arriving at the First See, Alexander Radulov found out that he was deceived by a friend Kononov for 1.5 billion rubles: the premises given by Kononov's generous hand on bail actually cost 3 million "green," and not 25... 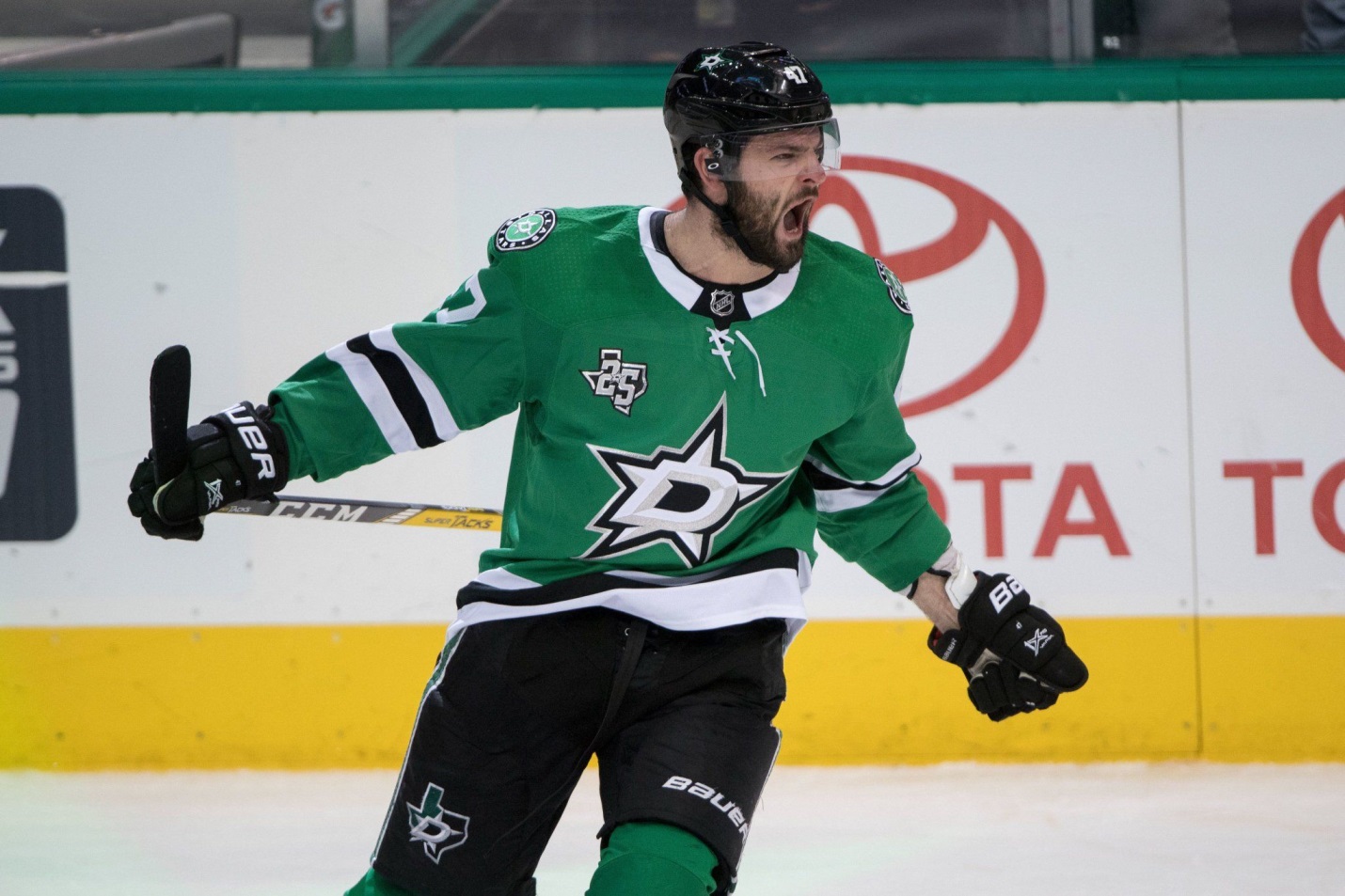 But Radulov energetically took up the solution to the problem. 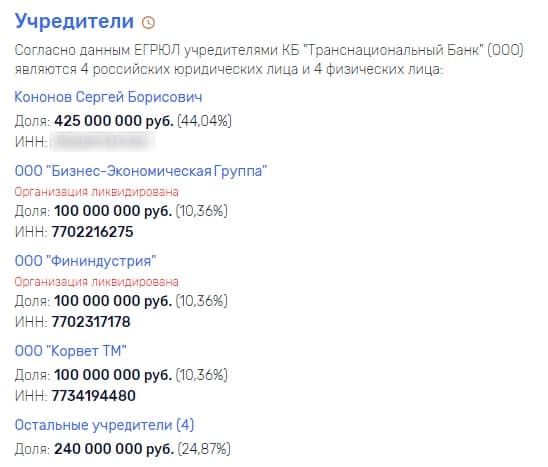 He said that the issue of all deceived depositors of the Transnational Bank needs to be resolved.

And there are many!

Under the "guardianship" of Yeltsin's former son-in-law?

They say that the "moire banker" Kononov (since allegedly as a chameleon constantly changes "color") feels like fish in the water everywhere, since he has long had a strong rear in the person of relatives of former Russian President Boris Yeltsin. In particular, Kononov has been in friendship with Yeltsin's former son-in-law Leonid (aka Alexey in close circles) Dyachenko for many years. And allegedly it is this very friendship with the ex-husband of Tatyana Dyachenko-Yumasheva that opens any doors for Kononov. And at the same time closes folders with cases on the tables of investigators... 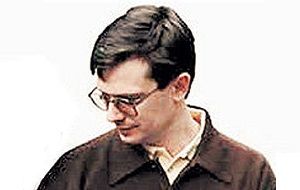 One way or another, but shortly after the disaster with the Transnational Bank, Mr. Kononov suddenly found himself the owner of an oil company and the holder of shares in the Kholm seaport on Sakhalin Island.

We are talking about the oil company Urals Energy, which was sold by Zarubezhneft.

The same office also sold the Peschanoozerskoye oil field on the island of Kolguev in the Barents Sea in the Arkhangelsk region. Zarubezhneft owns a license for the central part of the Peschanoozersky field. The eastern and western blocks belong to the daughter of Urals Energy - the company "Arktikneft." 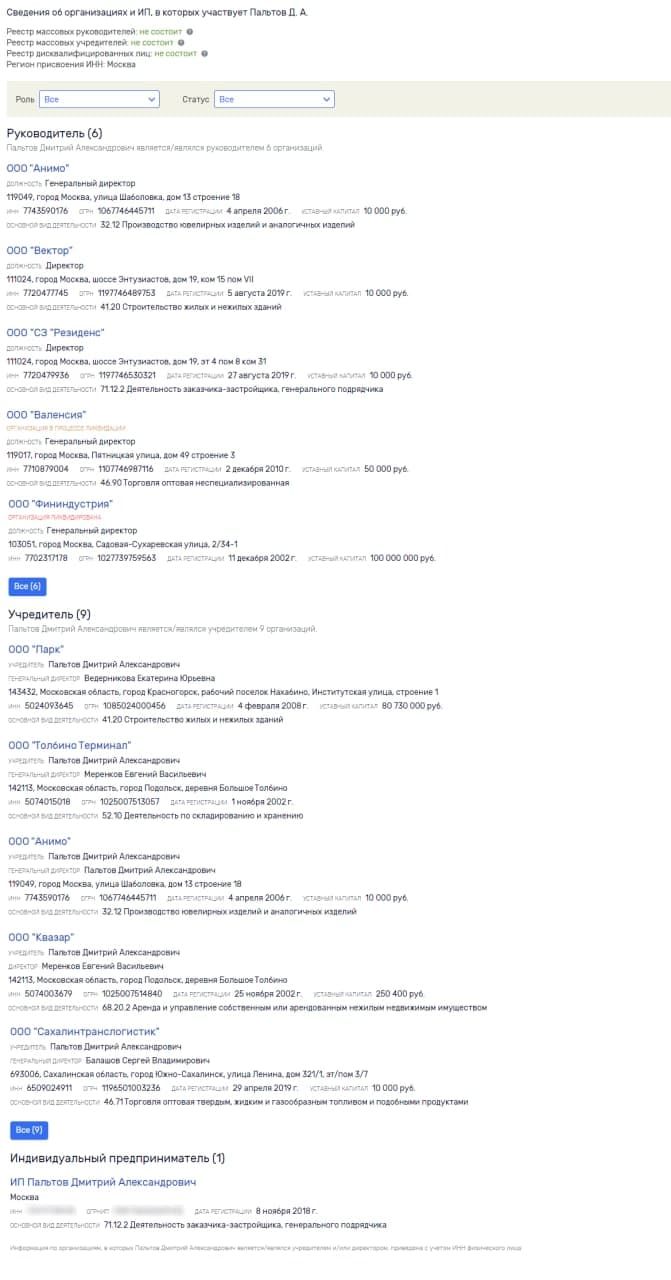 Oil production at the central part of the Peschanoozersky field Zarubezhneft is 340 barrels per day, oil reserves reach 16 million barrels. The deal will allow Urals Energy to optimize its production on Kolguev Island, improve the project's economy, and bring production in this region to 1 thousand barrels per day.

Experts noted the minuscule amount of the purchase of the field: according to estimates, the oil field costs 10 times more. 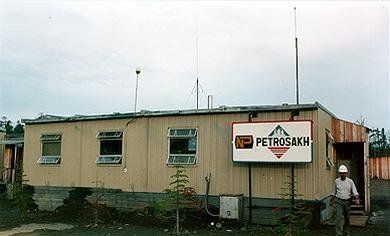 Maybe the fact is that one of the founders of Urals Energy was Leonid Dyachenko? One way or another, Sergei Kononov, chairman of the board of directors of Transnational Bank, was in the same team with Dyachenko. Leonid Dyachenko was appointed interim CEO of the oil production company Urals Energy.

At the same time, Sergey Kononov, representing the interests of Adler S.A., the largest shareholder of Urals Energy, was appointed president of the Russian division of Urals Energy LLC.

Recall that Urals Energy was created in the early 1990s. The company is registered in Cyprus. The company's shares are traded on the London Stock Exchange in the Alternative Investment Market (AIM) sector. 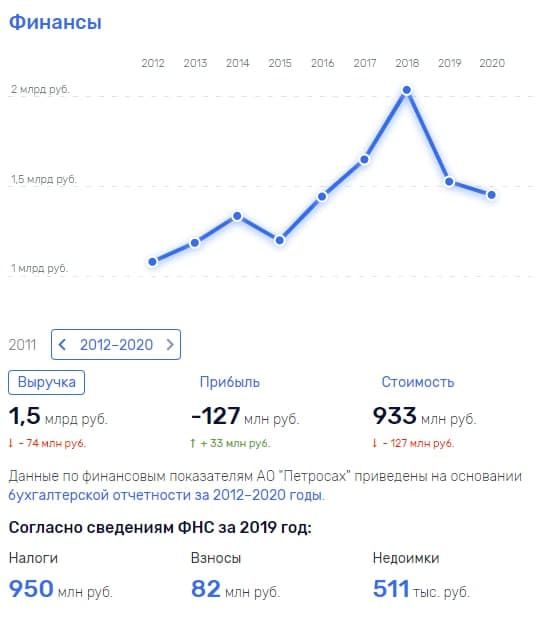 Urals Energy produces oil on Sakhalin Island (Petrosakh field, in which the company owns 97.16%, the rest is from the Sakhalin administration) and in the Timan-Pechora basin (Arktikneft).

Many associated the oil company and the bank as friendly companies, since they include longtime friends Sergey Kononov and Leonid Dyachenko. Through a company with foreign registration, the Transnational Bank could launder dubious money, which eventually turned out to be when the Central Bank revoked the license from the bank. 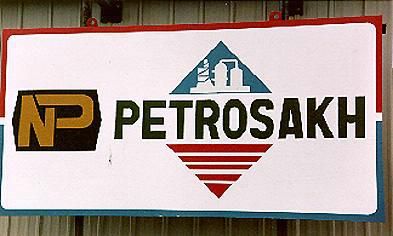 In addition, the bank was involved in the conduct of dubious transactions of customers to withdraw funds abroad in significant volumes.

The transnational bank is almost nowhere in open sources, as a credit institution with a dubious history. Observers claim that Kononov skillfully covered and covers all his "scams" in the name of the former son-in-law of Boris Yeltsin.

Passion Mords in the Port of Holm

In addition to the oil company, Mr. Kononov was still incomprehensible in the shareholders of the Kholm seaport. In December last year, events at the seaport rattled the whole country. The shareholders quarreled.

Several litigation relating to the management of the Holme seaport at the beginning of the year was considered by arbitration courts.

Kholm Commercial Sea Port belongs to non-freezing ports of federal significance. In previous years, the port was developed against the background of the construction of the Vanino-Kholmsk ferry crossing: it is of important connecting importance for the island and the mainland.

In 1992, Kholm Commercial Sea Port OJSC was created, but already in 2007 private individuals "took over" the asset. 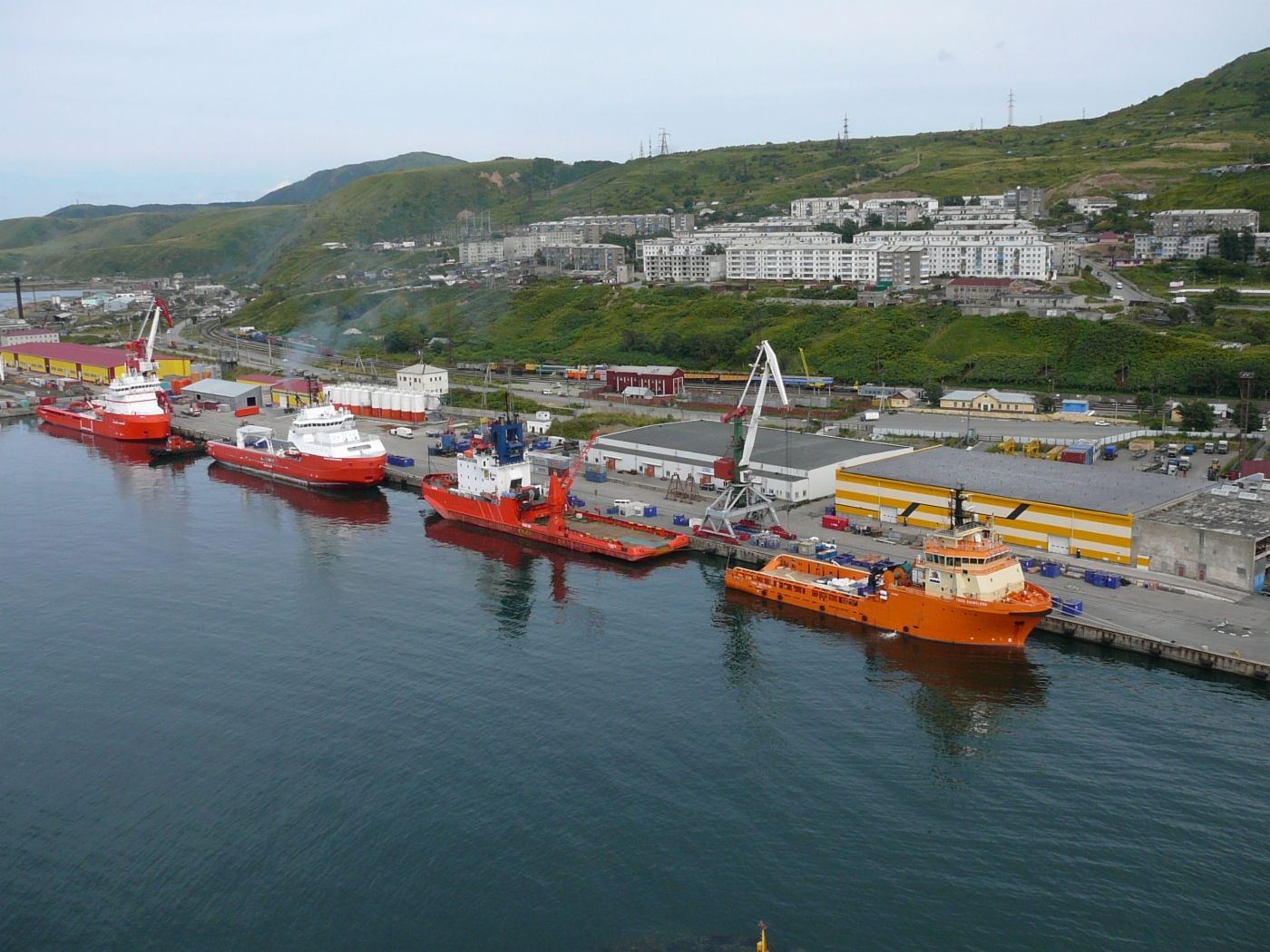 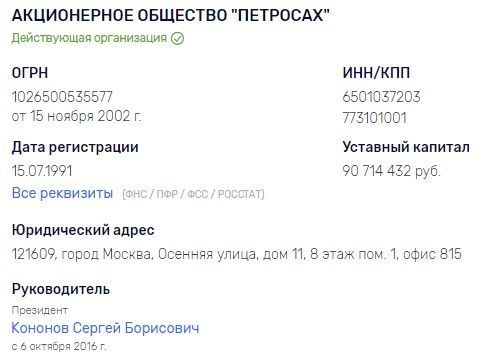 On the New Year holidays of 2020, a conflict came to a peak in the port related to rising prices for cargo transshipment services. Entrepreneurs complained about the increase in tariffs. The Sakhalin authorities were forced to intervene in the situation.

The monopolist agreed to leave tariffs at the same level, but later violated the agreement. Governor Valery Limarenko turned to the Federal Antimonopoly Service. As a result, in October 2020, the right to regulate the cost of services in monopoly ports was returned to the regional level. The Regional Energy Commission has identified new tariffs at the Holme Seaport. 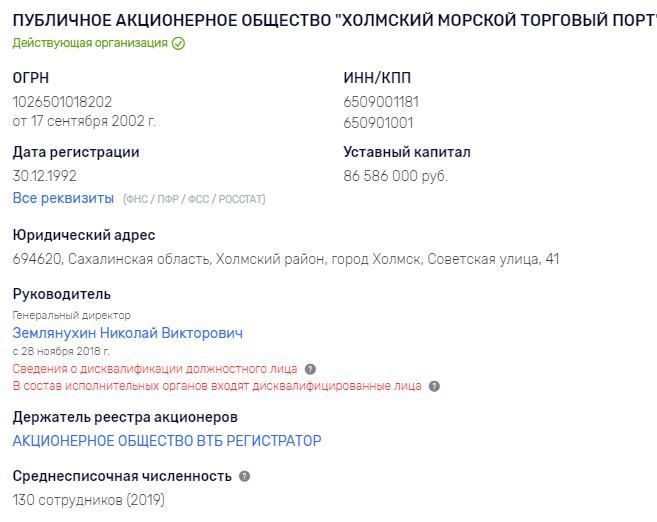 The conflict with entrepreneurs dissatisfied with the prices of services in the port turned into a disqualification for General Director Nikolai Zemlyanukhin. The plaintiff in the disqualification case was the Far Eastern Transport Prosecutor's Office. 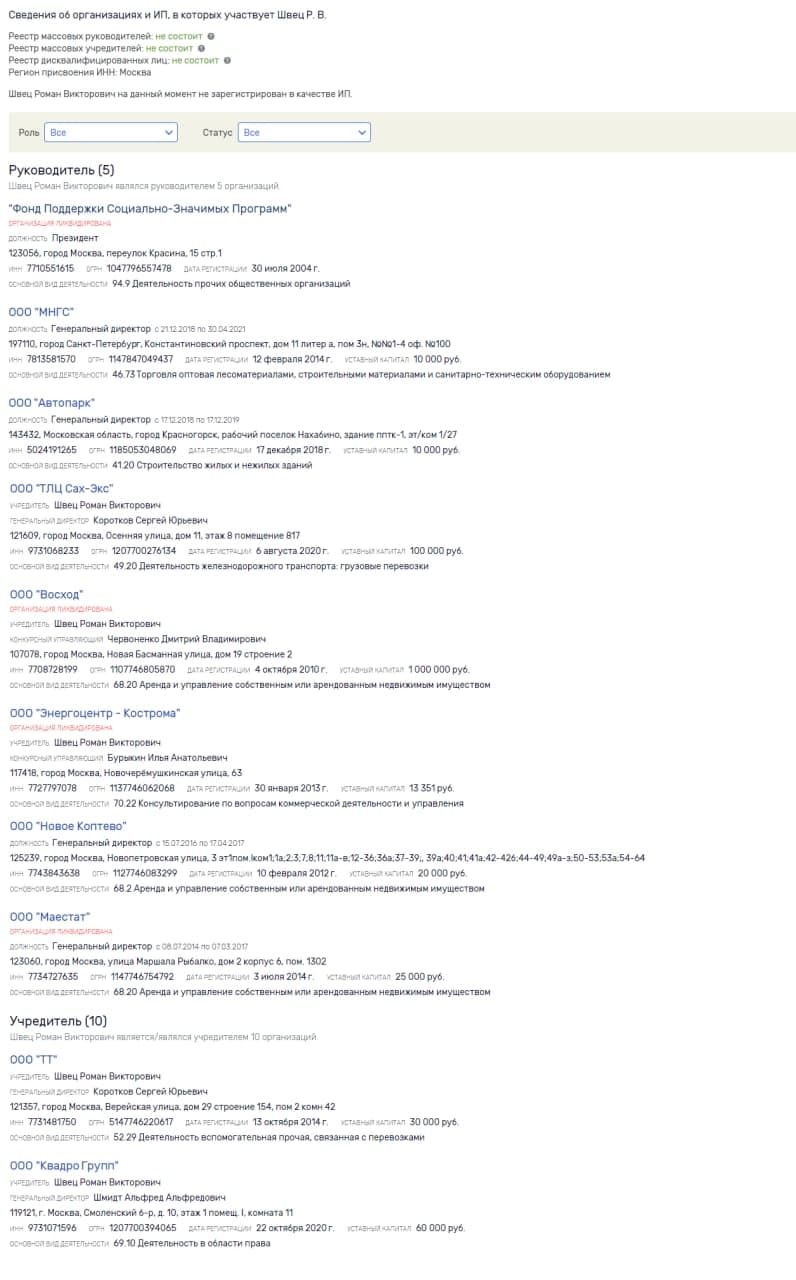 In place of Nikolai Zemlyanukhin, Gennady Trifonov, Deputy Director for Security of Petrosakh, was appointed.

Seven people were elected to the new board of directors: Rasul Katinovasov, Saigid Katinavasov, Viktor Pugovkin, Viktor Zemlyanukhin, Ramil Ishkinin, Sergey Kononov and Sergey Musicians. An audit commission was also assembled and an auditor firm was determined: Audit-Consulate from Yuzhno-Sakhalinsk became it.

Conflicts, therefore, have been shaking the Kholmsky seaport since 2018, when its composition of owners changed: then the largest owners of shares were Petrosakh JSC (22.9%), Lipetsk Vodka Company CJSC (11.72%) and Yuri Freidis (20.11%). Who's behind Petrosach? Formally, it is owned by the Cypriot offshore Nimir Petroleum Petrosach Limited 2. 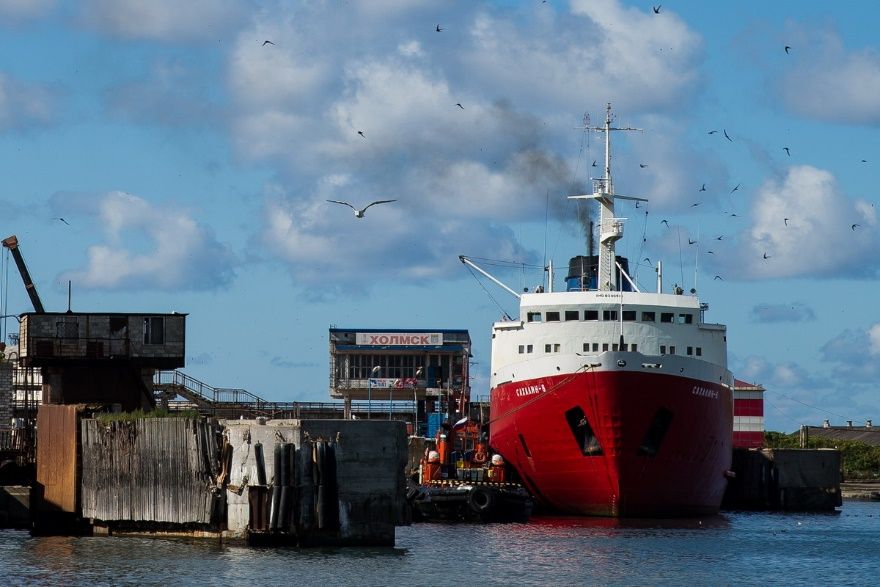 Petrosakh was affiliated with the liquidated oil production company Jurals Energy. The Director General was Mr. Kononov. The company was tied to the offshore Jurals Energy Public Company Limited. She remains the owner of a number of companies with obvious signs of fictiousness. And they say that the former owner of Yurals Energy was Leonid Dyachenko.

In October 2018, a corporate conflict broke out at Jurals Energy. Then the executive board discovered transactions and loans worth $5.1 million. They were issued by Sergey Kononov.

So, it turns out, all the roads lead to Rome?

And is it any wonder in this case that the metropolitan investigator, Colonel Trofimov, seems to slow down the investigation against the banker Kononov?