Can businessman Artem Avetisyan "drown" his friend Alexey Bakulin's Volgabus in order to distract both of them from the attention of law enforcement officers?

As it became known to the correspondent of  The Moscow Post,  there was a fire of plastic waste on an area of 80 sq. m. on the territory of the Volgabus plant. Meanwhile, the Federal Tax Service and contractors are filing claims concerning bankruptcy of the holding. Is Alexey Bakulin's company deliberately "pressured" by his associate Artem Avetisyan in order to avoid possible criminal prosecution?

There is fire at Volgabus in the literal and figurative sense: recently, the FAS of the city of Vladimir filed a lawsuit for declaring the bus plant bankrupt, intending to recover 52 million rubles. More than a billion rubles is required by the lender, Vostochny Bank. It seems that the company will never implement the project of the unmanned Matrёska Shuttle, which was tested in Skolkovo, in such a way…

In March, Volgabus stopped its assembly plant in the Sobinsky district of the Vladimir region, allegedly due to the suspension of supplies of components from China due to the pandemic. 350 people were sent on vacation, but the company did not want to pay the employees, due to this situation, in a good way. As a result, employees started strikes, the Prosecutor's office and the Accounts Chamber intervened in the case. As Gazeta.ru writes, only after that the office paid off debts to the staff in 900 thousand rubles.

In addition, Volgabus also received 46 claims from contractors for a total of 1.3 billion rubles. Last year, Volgabus LLC lost in arbitration to Rosselkhozbank and now has to pay 538 million rubles to the financial institution.

Now the company faces a much more significant threat - the claim of Vostochny, which owns shares in the structures of Volgabus. PJSC Vostochny Express Bank won a lawsuit against Bakulin Motors Group, Volgabus, Bakulin Bus Group Rus, Volzhskiye Avtobusy, Volgabus Robo lab and KVVK for more than 900 million rubles. At the same time, is also ordered to recover 165 units of property from Volgabus in favour of the plaintiff.

Now they are trying to appeal this decision. Meanwhile, a new trial with Vostochny is at stake - a claim for 2.75 billion rubles will soon be considered.

In total, according to Forbes, Bakulin's company owed the financial organization about 7 billion rubles on loans and guarantees. The amount of overdue interest payments for using the loan alone amounted to about 100 million rubles. Will Volgabus be able to take out such a debt burden?

There is reason to believe that it will not. According to rumours, Bakulin's entire business was supported by loans from Vostochny. Loans were issued to him by his friend Artem Avetisyan, who, together with his partners, controls the credit structure. But why did the banker suddenly began to "drown" his close person?

Matrёska, Putin and the corporate conflict

The Volgabus company was founded by Anatoly Bakulin, who now works as a Deputy of the Volgograd regional Duma. Later, the enterprise was headed by his son, Alexey Bakulin. The company seemed successful for a long time, especially after it presented the know-how project of the Matrёska unmanned Shuttle in 2016. Then this news was booming on all channels, high-ranking officials praised Russian engineers and promised multimillion-dollar grants, and the company was able to become a resident of Skolkovo.

This success was then attributed to the fact that Bakulin Jr. was a member of the "Leaders Club" - an informal association of entrepreneurs created with the support of the Agency for Strategic Initiatives. Members of the club have repeatedly communicated with Vladimir Putin and his assistant Andrey Belousov, who, according to Forbes, is friendly with Avetisyan. By the way, Avetisyan himself is the Chairman of the organization.

Bakulin's status may be indicated by the fact that the entrepreneur was allowed to ask a question during one of the President's "direct lines". However, on air he was called Alexey Pikulov, and that was the reason to further ridicule, wrote Bloknot. In addition, residents of the Volgograd region, where the merchant works, were very surprised by the question itself. The industrialist asked Vladimir Putin about the scandal between US President Donald Trump and the former Head of the FBI, Mr. James Brian Comey. Is this the only thing that concerns the residents of the region in his opinion? 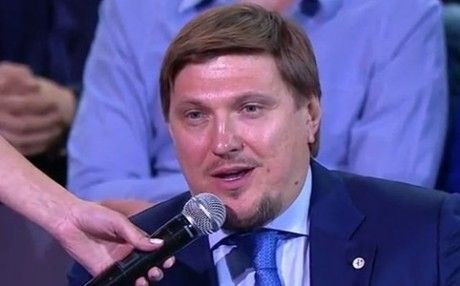 But how did the entrepreneur from such an influential "party" end up on the verge of bankruptcy? Apparently, Bakulin, as they say, was affected. The fact is that the owner of the car factory caused one of the largest corporate conflicts last year between Avetisyan and Michael Calvey, the founder of the Baring Vostok investment fund. Both businessmen are behind Vostochny. Calvey was the main shareholder of the Bank, and Avetisyan joined the organization in 2017 after the structure merged with Uniastrum Bank.

According to Forbes, more than half of Vostochny's corporate loan portfolio is held by Alexey Bakulin and Vyacheslav Zykov (Bris-Bosphor GC). It was these loans that caused disagreements between Michael Calvey and his partner Artem Avetisyan.

The fact is that Avetisyan gave out loans to businessmen while still working at Uniastrum Bank. After the merger with Vostochny, the management of the latter had logical questions about how and why they were so thoroughly crediting Bakulin and Zykov. As RBC wrote, the Bank found an inadequate risk assessment when issuing loans.

The Central Bank's audit also revealed that Uniastrum Bank bought loans for 13 companies from the Zykov and Volgabus groups from BOC Russia (Avetisyan's former name Finvision). Investments in stocks of group companies were also transferred to the financial institution, and they were repurchased at a cost significantly higher than the purchase price from the original holder. Besides, all calculations occurred on the same day - June 15, 2016. According to the inspectors, this may indicate that this could be a sign of the withdrawal of assets from Uniastrum Bank.

By the way, the Bank itself belonged to the Cyprus BOC Russia, later the offshore company went to Bakulin. In other words, could Uniastrum's money legally "leak" to foreign accounts both directly from the Bank itself and through the structures of Volgabus? In addition, it turns out that through BOC Russia Avetisyan himself is included in the structures of Volgabus, which is now going bankrupt.

As reported by Forbes, Baring Vostok, having learned about all the nuances of working on the Avetisyan-Bakulin line, even tried to challenge the Uniastrum deal in the London arbitration court. The investment Fund believes that before the merger with Vostochny, significant amounts were withdrawn from the credit organization using "left" transactions. Allegedly, Avetisyan bought shares in firms, inflating their value, and even conducted transactions through the Cyprus offshore. 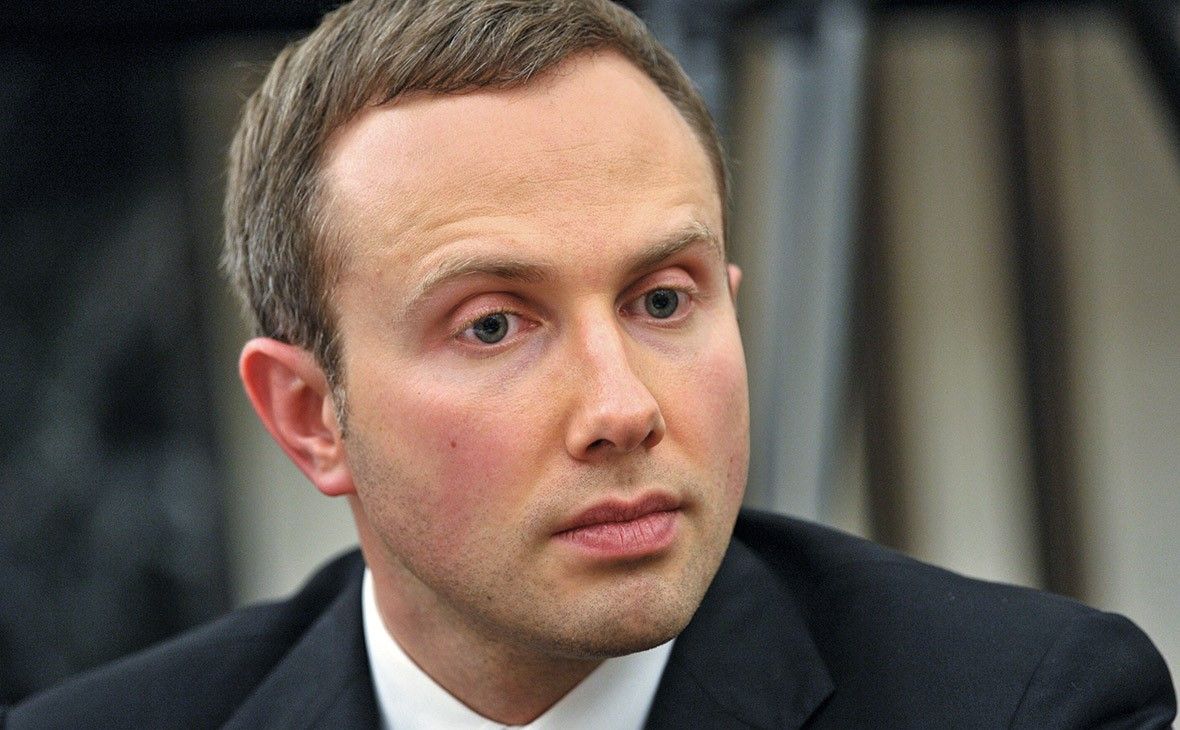 It would seem that after such statements Avetisyan should have been "pinned down". But this was not the case: in February 2019, a case was opened against Michael Calvey himself on suspicion of fraud. As RBC wrote, Calvey himself said that the case against him is related to his conflict with Avetisyan. Meanwhile, while the trial was underway, Avetisyan's Finvision won the courts in Russia, as a result of which the businessman, along with his partners, became the controlling shareholder of the Bank. However, the parties still have disputes in England, Cyprus and Italy. In the latter jurisdiction, the Investment Fund even managed to seize the real estate of the Avetisyan family.

By the way, according to the authors of the BlackAudit telegram channel, Avetisyan allegedly has Italian citizenship. That is, if he is "pinned down", he will be able to hide in the sunny country, won’t he? Is there already a "warm" place for his friend Bakulin as well?

But if Avetisyan is doing so well, why is he "drowning" Bakulin now? According to the authors of the Territoriya zdravoho smysla telegram channel, allegedly, the reason for this may be the same check of the Central Bank. In order not to get hit himself, Avetisyan has to to file bankruptcy claims against the Bakulin family. Thus, is Bakulin ready for such a turn and now he is not particularly worried about the likely collapse of his office? Surely with Avetisyan, they managed to hide substantial sums overseas, and if something happens, they will be able to rush abroad, won’t they?

In addition, according to RBC, in the summer, Mr. Avetisyan bought problematic assets for 1.6 billion rubles from Vostochny that raised questions from the Central Bank. However, there are no Bakulin structures among the assets. At the same time, the transaction was paid for with the money of Vostochny itself, taken on a loan, which was provided with real estate. It is wondering if Avetisyan is going to return it. Or will he try to "forgive" it to himself?

The very fact of the buyout is considered evidence that at one time Avetisyan conducted questionable sales transactions that did not make any economic sense for the Bank. In fact, this may mean that Avetisyan's structures were able to use the funds of the credit structure free of charge for several years.

Very soon Avetisyan and Bakulin will meet again in court due to another lawsuit from Vostochny against Volgabus. Apparently, entrepreneurs will be happy to see each other, won’t they? After all, the proceedings can be beneficial to both parties. Is it all because of the freedom of each of the participants which is at stake?