How long will law enforcement agencies turn a blind eye to possible "provocations" of billionaires?

As The Moscow Post correspondent reports, Moscow oligarchs continue to take an aggressive position against the background of the conflict with Azerbaijan and Armenia. Now the showdown is already underway in Russia and takes place against the background of shopping centres and markets. At first, it became known that products from Armenia were removed from the shelves of the Tvoy Dom hypermarkets owned by the Crocus Group of Araz Agalarov. Now some telegram channels have reported that money is allegedly being collected from workers in the markets to support the army.

Apparently, such "promotions" are held under a good power "roof", but it is already beginning to suffer trouble and losses from the initiators. Law enforcement officers are clearly not interested in the unfolding confrontations, which may be covered by the objects owners. Well, it turns out that Vladimir Putin's "shout" is necessary to cool the hot blood of businessmen?

In fact, it turns out that the conflict is inflated by a trio of businessmen: Araz Agalarov, God Nisanov, Zarakh Iliev. The Moscow Post previously wrote about what was happening in the Food City market owned by the two latter ones.

Later, several publications in the Armenian Embassy were informed that their exporters no longer have access to the counters of shopping centres of the entire Tvoy Dom chain, which belongs to Araz Agalarov. However, the party did not receive letters of refusal to accept products. 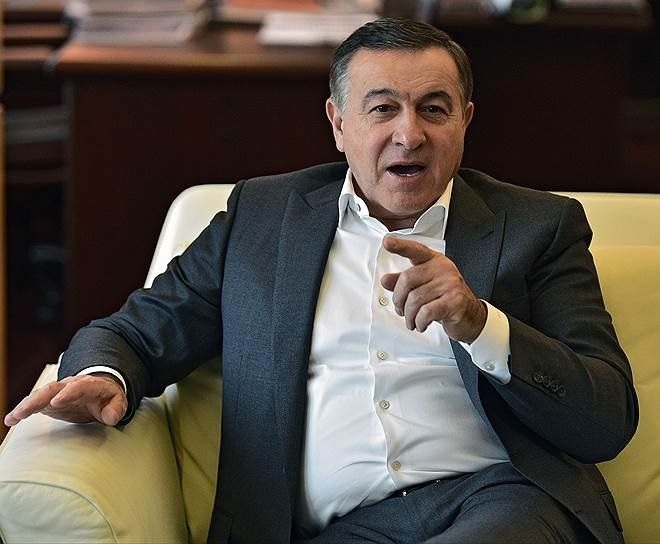 According to the authors of the VChK OGPU telegram channel, allegedly, collecting money to support the Azerbaijani army took place at the facilities and markets controlled by Araz Agalarov, God Nisanov, Zarakh Iliev lately. There was even a figure of $20 million. Moreover, this happened in a very aggressive form and provoked new unrest.

It should be recalled that even the chief editor of Ekho Moskvy (Echo of Moscow) and a kind of mouthpiece of Vladimir Putin Alexey Venediktov, called on businessmen from Armenia and Azerbaijan to stop fighting: "Araz Agalarov, Ara Abramyan, God Nisanov, Samvel Karapetyan and other men. It's time for you to call on your brothers to stop the Armenian-Azerbaijani fights in Moscow. Contact people, they will hear you,"  - Venediktov wrote in his telegram channel.

A thin thread of patronage

Previously, such clashes were stopped by force: markets were cordoned off, law enforcement officers conducted internal work. But now, for some reason, the situation is different.

It should be assumed that the secret is that the Russian authorities are very interested in Araz Agalarov's business. And almost immediately run to help him.

Back in May, UtroNews edition wrote that the businessman received a billion-dollar state contract for a hospital in the Moscow region without a competition. It will be located in the oligarch's Crocus Expo.

This generosity came after the businessman bemoaned the poor state of his business, and compared it to a "sinking ship". The group's resources are very small and only enough to pay salaries, he said in an interview with RBC.

And where does Araz Agalarov's money go? So far, he has not completed the Semashko medical centre in Simferopol, constantly delaying the deadline. In April, he asked the Crimean Government for an additional 2 billion rubles. What for and how this money will go, no one really explains. No one knows for sure where the already invested 10 billion rubles went. The Moscow Post has already written that this smelled like a large-scale "cutting" of funds.

Before that, Agalarov's structure was engaged in the construction of a stadium in Rostov-on-Don for the 2018 World Cup. The construction of the object was accompanied by criminal cases. In particular, it turned out that concrete worth hundreds of millions of rubles' was not transported to construction site, which significantly undermined the stability of the facility. As a result, former Head of the Ministry of Construction of the Rostov region Nikolay Bezuglov was arrested. Izvestia reported that the Heads of the company-subcontractor, engaged in the improvement of the site appeared under investigation. In this case, Agalarov got away with it.

Generally, Agalarov is a master of "complaining" at everything that concerns Russian business  not simply effectively, but also effectively in terms of financial support. For example, in May, he said that the deadline for completing the houses of the bankrupt Urban Group could be moved due to downtime associated with restrictions in the context of the pandemic, as Russia-24 reported.

But on the other hand, perhaps this project gives Agalarov the possibility to feel free. After all, solving the problems of deceived shareholders is a responsible task.

However, there are some facts indicating that Agalarov may be in the balance. For example, the link between Crocus Group and a major Moscow construction site - a section of the Central Circular Road.

The investigation of the criminal case against former Head of the state-owned company Sergey Kelbakh found that Crocus used Avtodor's prepayments of 14.6 billion rubles for placement on deposits, and not for the construction of the Central Circular Road, as RBC wrote.

According to security officials, Kelbakh agreed to "illegally provide" Agalarov with an additional prepayment of 2 billion rubles. In other words, 14.7 billion rubles were issued instead of the required 12.6 billion rubles.

According to the results of the audit by the Accounting Chamber of the activities of state-owned companies and private investors for 2016-2017, it was found that Avtodor and Crocus International did not fulfill their obligations, as Kommersant wrote.

Despite all the scandals, Agalarov's Crocus constantly receives state orders, they have already accumulated 90 ones. At the same time, the company manages to go into the negative. At the end of 2018, Crocus JSC received a loss of 4.7 billion rubles with a colossal revenue of 47 billion rubles. Budget money disappears somewhere from the structures of the businessman. But it is not enough for him and has he taken up swaying the political situation, hasn't he?

So far, it turns out that Araz Agalarov is unsinkable. But for the time being, until the "more powerful hand" comes into play. Let us recall that President Vladimir Putin has already called the conflict situation on the border of Armenia and Azerbaijan very sensitive for Russia. This was reported by the Kremlin.

Perhaps the oligarchs should think about the level of aggression and its fueling of the conflict on the "Russian field", shouldn't they?