And Moshkovich who joined them...

The Oryol mill, for which businessman Vadim Moshkovich is now fighting, was associated with the theft of grain, in which the Magomedov brothers could light up.

After the sale by MINnBank of the bankrupt Oryol Mill to the local Melinvest LLC, Rusagro owner Vadim Moshkovich tried to return this asset through the courts to the bankruptcy estate. The Moscow Post correspondent in the Oryol region understood the situation.

In January 2020, at the request of MINbank, bankruptcy proceedings were launched at Oryol Melkombinat CJSC. At the time of the introduction of the bankruptcy procedure, debts worth 479.16 million rubles were included in the register of creditors of the company. And in June 2021, Rusagro Vadim Moshkovich bought from Rosselkhozbank (RSHB) the right to claim a mill for 298 million rubles and became its main creditor.

In August 2022, the property of the enterprise was sold in a single lot for 223 million rubles - almost three times cheaper than the original price to the local Melinvest LLC. The ex-general director of the mill Irina Vasilkova, who was previously suspected of fraud and Vadim Moshkovich, who had cooperated with her, did not agree with such an amount. Now they are amicably trying to return assets, pursuing their own interests. 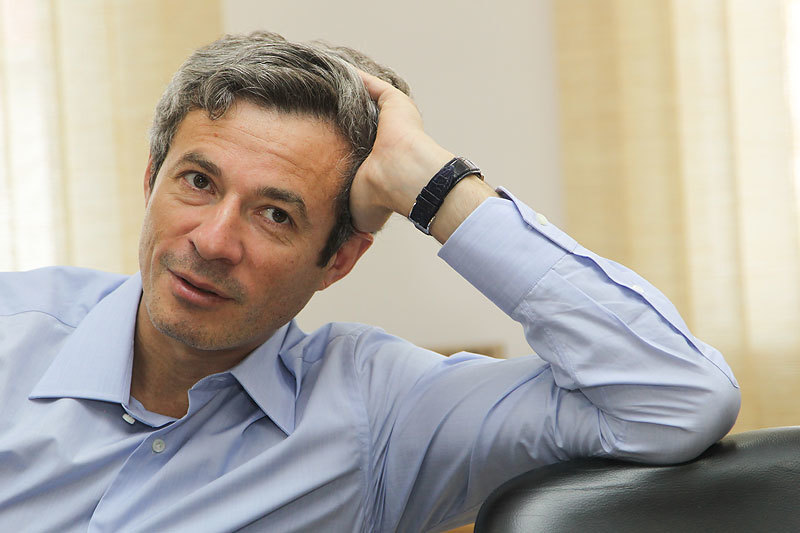 It is interesting that the "delicious" flour mill which Moshkovich quicker so doesn't want to miss tried "to merge" RSHB. Recently the bank tries "will disown" from many assets not to be noticed in certain toxic stories. So, quite recently Rosselkhozbank decided to make bankrupt five structures related to the ex-co-owner of Yugra bank Aleksei Hotin at once. And the thing is that he is under criminal case about waste of means of bank on more than 23 billion rubles.

Here it is important to remember also history of 2018 when RSHB submitted a claim to Arbitration court of Yakutia for recognition by the bankrupt of JSC Yakut Fuel and Energy Company (YFEC), entering into Summa Group which main owner is the businessman Ziyavudin Magomedov. He together with the brother Magomed Magomedov is accused of establishing a criminal organization and large plunders in 2.5 billion rubles.

It would seem, and here gone bankrupt "The Oryol flour mill", however we managed to find out, as this asset got involved in very scandal story which threads bring to RSHB and brothers Magomedov again.

A grain appears in the case

As we said, the main creditor of Rusagro Vadim Moshkovich in the case of Oryol Mill merged with one of the owners Irina Vasilkova. She also appeared in the case of theft of grain from the asset of Oryol Bread Base No. 36 JSC (Vasilkova's husband led the company). More than 19 thousand tons of grain worth more than 202 million rubles from the state intervention fund disappeared from there.

Then all the "bumps" went to the ex-deputy chief of police (for operational work) of the Russian MIA Administration for the Oryol Region, Fedor Kozin, who was just "protecting" the scheme.

Irina Vasilkova, the wife of the head of the Oryol bread base, who during the trial was repeatedly called the "mistress," came out "dry" from this story. Meanwhile, the employees of the plant admitted that they shipped state grain on behalf of the authorities. They were silent about falsehoods.

It turns out that Ms. Vasilkova, through other hands, could take part in the "gray" schemes for the alienation of cereals from the state reserve, which belonged to the united grain company (OZK). It is noteworthy that the latter was owned by the Magomedov brothers

Moreover, as the investigation established, under their control, OZK concluded a deal with Scottish Newbay to buy 400 thousand tons of grain for $20.25 million. In the Ministry of Internal Affairs, it is called fictitious, since the money disappeared, and the grain was not delivered.

We add here that the lawsuit campaign and the initiation of criminal proceedings after non-payment by the Oryol Bread Base No. 36 and a number of its guarantors 371 million rubles. loans were started by none other than Rosselkhozbank.

It is possible that Vadim Moshkovich himself was involved in the stories with the grain, he had many things in common with Rosselkhozbank. In 2019, security officials have already visited his enterprises.

The fire hid everything

By "coincidence," when the bankruptcy of the Oryol Mill Plant began, a four-story mill caught fire. Shareholders were confident there was arson. It is possible that these actions tried to hide the facts of the disappeared grain, those who were very beneficial. By the way, the bankruptcy trustee Viktor Altunin, who was appointed at the initiative of the Oryol branch of Russian Agricultural Bank JSC, removed the protection from the facilities.

As a result, it turns out that the RSHB sold the Oryol Mill to Vadim Moshkovich and thereby got rid of the problems. And the owner of Rusagro found his own interest in this, because if the asset "floats away" into the hands he needs, then, in fact, he will have access to the "black" business. Grain can be sold to anyone and anywhere. But now Vadim Moshkovich has a "MINnBank" on the way, which confuses all cards.

18 January, 8:08
Echo of the Ugra case: is the head of the Ministry of Agriculture Patrushev connected with the assets of Alexei Khotina
See also