And do not order us "on the gas"

The ambitions of Alexei Miller and his confrontation with Leonid Mikhelson risk leaving Kamchatka without gas.

According to the correspondent of The Moscow Post, the Russian Government continues to discuss the Kamchatka gasification scheme. Until now, the project parameters have not been determined, the source of gas is not clear. It is assumed that LNG is used on the peninsula, but Leonid Mikhelson's Novatek cannot give the necessary volumes - they are tied to the Yamal LNG project. Gazprom does not have its own LNG for its own consumers in Kamchatka at all - it buys it in Belgium, and resells it with a mark-up to India.

In this situation, Gazprom, led by Alexei Miller, will have to look for other sources of LNG. The company expects that infrastructure costs, which is 18 billion rubles, will be borne by the budget. He, according to Miller, should compensate for the difference in the purchase of LNG on the market, while it will be sold to consumers at a regulated price.

Michelson's position on Yamal LNG is not difficult to understand. Most of the capacity really works for this project, but few people believe that with a great desire Michelson could not help Gazprom solve the problem of gasification of the peninsula. The problem may be as a long-standing rivalry between Michelson and Miller, which has repeatedly poured onto media pages. 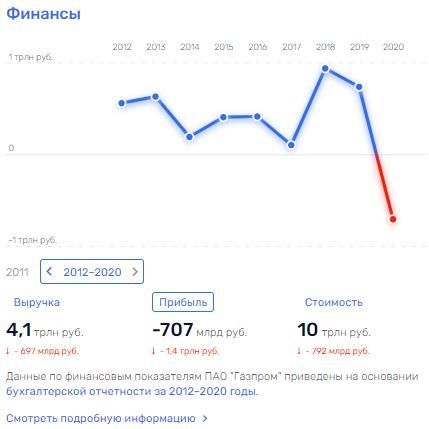 Last year was terrible for Gazprom, but the company asked for money from the state in "obese" times

Conspiracy theorists immediately began to act on this field. According to evil languages, allegedly Leonid Mikhelson has long dreamed of taking over the levers of managing Gazprom. And that the head of Gazprom-Neft, Alexander Dyukov, who worked at Mikhelson's Sibur for a long time, can be lobbied by him (Mikhelson) to replace Miller. But this did not happen, the contract with Miller was extended.

However, many other factors play against Miller. Just yesterday it became known about a serious fire at the Urengoy plant of Gazprom for the preparation of condensate. An emergency can lead to a shortage of liquefied hydrocarbon gas (LPG) in the domestic market and problems in the fuel and petrochemical sectors. Apparently, Gazprom will again have to buy LPG somewhere on the side, let the company assure that they will quickly restore production. The possible price issue is the reduction of the LPG market in the Russian Federation by 15%, which will invariably increase prices for this resource even more.

The largest producer is LPG was and remains Sibur Leonid Mikhelson. Thus, the accident at the Gazprom plant strengthens the position of his company and gives a new reason for hardware fighting and mutual pickings in the media.

All these events were preceded by the confrontation between Miller and Michelson. To win back the strengthening of the competitor's position, the head of Gazprom sharply criticized him about the transportation of the same liquefied natural gas. In April 2020, Miller, as if in response to reproaches for his own inefficiency, said that the Yamal LNG project is a source of losses for the budget. About this wrote Kommersant.

Miller's position can be explained in simple words. The fact is that liquefied natural gas according to the Yamal LNG project is transported on giant gas locomotives, which Mikhelson was forced to order at the Zvezda shipyard under the control of the head of Rosneft Igor Sechin. This is another high-profile story that The Moscow Post wrote about. 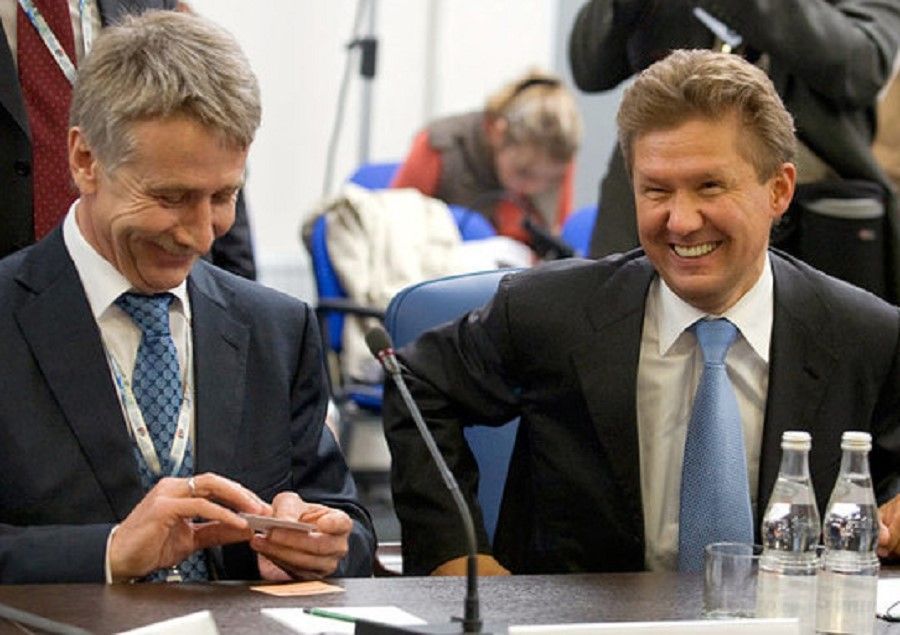 Are mutual smiles in the distant past?

Such transportation of the resource costs much more than through the pipeline (what Gazprom is doing and lobbying for). Therefore, the existing scheme with Yamal LNG is a source of loss for the budget. Another point is that the Government has established tax incentives for Yamal LNG, which in any case makes the Mikhelson project profitable and reduces the importance of Gazprom.

The dive continued later. According to the authors of the Gaz-Batyushka telegram channel, allegedly at the end of 2020, Miller again sharply criticized Novatek and announced that Gazprom had deteriorated financial statistics because of the company. Possible losses for the budget in this regard may amount to about 150 billion rubles over 12 years, for which benefits are calculated.

Shifting from a sick head to a healthy one is not a new practice for Russian officials and businessmen. Especially in the case of Gazprom, which under Miller still cannot solve its main problem, the main task is to gasify the country.

Earlier, the situation in this area was criticized by President Vladimir Putin. In the summer of 2020, he demanded to resolve the issue of gasification in 2024-2030, TASS wrote about this. In November 2020, Russian Energy Minister Alexander Novak said that about 2 trillion rubles would be needed to implement gasification programs. The question arises, and what did Gazprom do under Miller before, if it did not manage to fulfill the gasification program (from 70% to 83% of households), and it had to be extended?

In parallel with this, Gazprom, which cannot find LNG to provide Kamchatka, is involved in many other projects. In April 2021, it became known that the monopoly approved a technical and economic analysis of the project for the construction of the Soyuz Vostok transit gas pipeline, which goes through Mongolia to China.

At the same time, it is not clear what the Russian part of the project will look like - the Power of Siberia-2 gas pipeline. Not to mention the rumors that the "Power of Siberia-1" allegedly does not work at full capacity and does not pay off banally. A new branch may require a pipe of 2 thousand square meters. kilometers, which must be carried through a deserted taiga. Will Miller ask for budget support again? 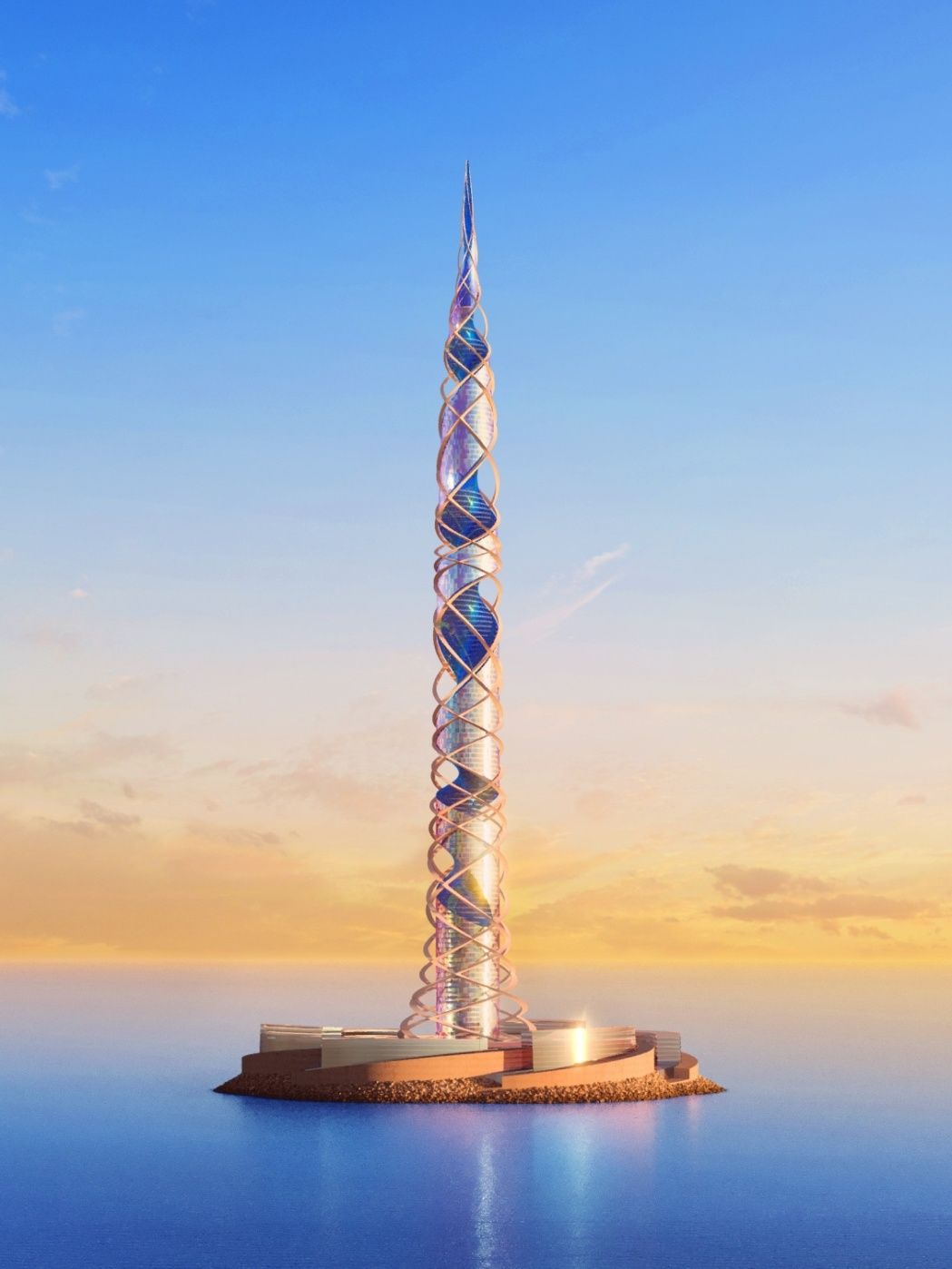 Concept project "Lakhta Center-2." Will Gazprom have money for him?

Other undertakings of Gazprom are also sharply criticized and contrast with the lack of money for the company. The structure spoke about plans to build a second skyscraper in St. Petersburg 703 meters high - Lakhta Center-2. It should be the world's second tallest skyscraper. Its value is not disclosed, but it is clear that these are billions and billions. Gazprom will probably find money for this project. And for the purchase of LNG for Kamchatka - no?

All this raises questions and even irritation not only among the country's leadership, but also among ordinary gas consumers. Especially where this gas is not available - in remote villages and on the same Kamchatka. Maybe Alexei Miller should focus on solving these problems, and not engage in political games with competitors?