The Ananyev brothers who escaped from Russia do not leave attempts to get close to the FIU budgets again through their partner Sergei Matsotsky?

According to the correspondent of The Moscow Post, according to unconfirmed information, documents were seized in the office of the OTR system integrator due to delays in payments by the Pension Fund to children and pensioners in August-September. The company was already overgrown with a criminal plume after the arrest last year of co-owners of Merlion, which owns a 60% stake in the company.

OTR, along with the bankrupt Technoserve of the scandalous Ananyev brothers, was engaged in the EGISSO project for the FIU - the Unified State Social Security Information System. Because of this project, in fact, now Ananyev has to hide from Russian justice abroad. But the former first deputy head of the Pension Fund, Alexei Ivanov, was less fortunate - he was in the dock.

And all these stories are watched by the shadow of IT entrepreneur Sergei Matsotsky, who just wanted to acquire OTR shortly before the arrest of Merlion co-owners. It is Matsotsky who is considered by some to be the main lobbyist for the translation of all calculations on social studies in EGISSO, as well as a long-time associate of the Ananyev. Now he began to clear his field more actively?

According to the authors of the TAdviser portal, allegedly on November 16, FSB officers arrived at the OTR office on Dmitrovskoye Shosse. During the course of their activities, documents could be seized as part of operational-search activities related to social payments, which were carried out with delays.

The main legal entity of the company is OTR 2000. The founders include Denis Krikunchik, Alexey Bryzgalov, Alexei Genya, Dmitry Rybakov and Capital Trade LLC - the latter controls 60% of the company and is associated with the scandalous Merlion. Back in 2017, he entered the capital of the company through another related structure, Mirst, and then simply shuffled assets. 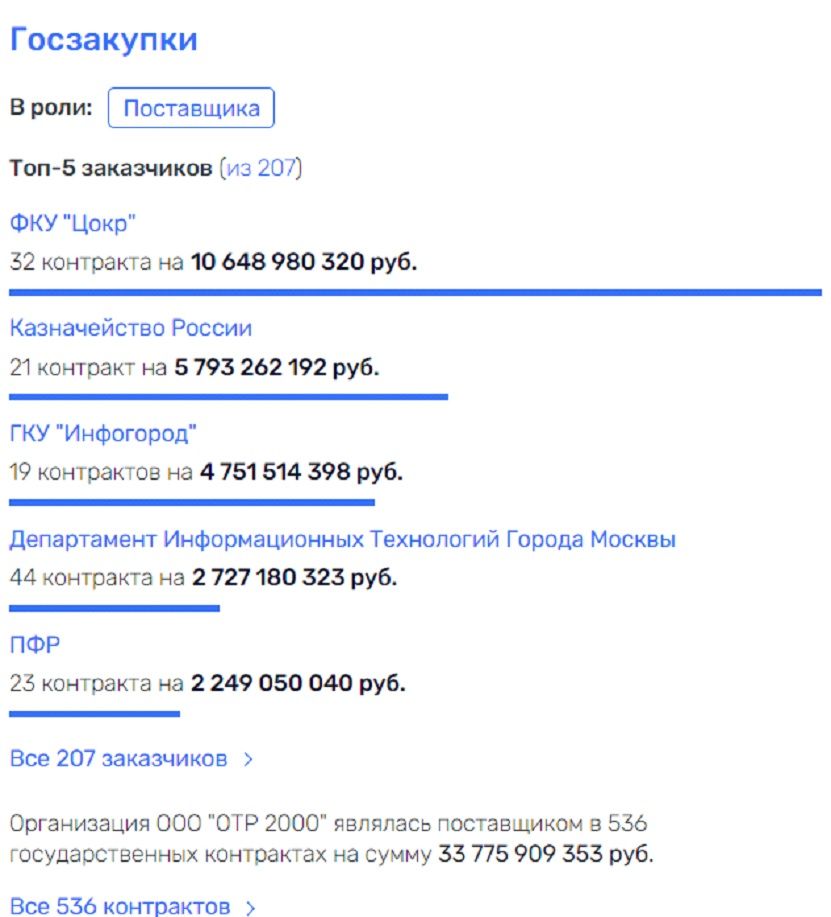 According to Rusprofail, OTR received state orders worth 2.2 billion rubles from the Pension Fund, in total, 33.7 billion in its portfolio of contracts. What to say, the asset is really very attractive. So it is not surprising that last year Sergey Matsotsky, a well-known Russian IT businessman, co-founder and former co-owner of IBS, paid close attention to him.

Negotiations on a possible purchase began in the middle of the summer of 2020, but they went very difficult: OTR owners did not want to sell a stake in the company. Discussion of a possible deal continued until October and led to the fact that the owners refused to sell the stake.

Matsotsky was about to return to them soon with a new proposal that could seem more attractive. But at the end of October, the owners of Merlion were arrested in a criminal case on the attempt on the former general director of the company Vyacheslav Simonenko. Shareholders Alexei Abramov, Vladislav Mangutov, Boris Levin and Oleg Karchev are involved in this case. This was previously written in detail by The Moscow Post.

But what if it is Matsotsky who is behind their criminal problems? Moreover, he was negotiating the acquisition of control at Pro Ai-Ti Resource, which also belongs to Merlion. That is, at least two reasons for the likely "attack" looms.

And here is what is noteworthy, as soon as Matsotsky turned his eye to OTR, the company began to receive more and more contracts, and already in the summer of this year the Ministry of Labor demanded that all calculations on the social network be transferred to the same EGISSO. And this despite the fact that, according to some reports, the system for 5 years of development is outdated.

In addition, OTR has a strong position in the financial block of the Government: it is developing large information systems for the Ministry of Finance and the Federal Treasury. Among its key projects are services for the operation of the state public finance management system "Electronic Budget" and the automated system of the Federal Treasury, as well as for the development of the latter. The largest include contracts for the development and operation of a single automated trading information system in Moscow.

It is understandable that without certain connections in power structures, it is difficult to achieve such an impressive result. And here it is worth recalling that Matsotsky is considered a good acquaintance of Mikhail Mishustin, who is a native of IT, having a specialized education and work experience. And the formation of Mishustin as a second person in the state for the IT industry has become truly reforming - since then, more and more state support has been attracted to it.

Mishustin showed his commitment to information technologies as head of the Federal Tax Service. Under him, the department, due to the development of the IT direction, achieved impressive success: it is believed that in many ways it was thanks to the informatization of the Federal Tax Service that it was possible to significantly increase tax collection in Russia. At the end of 2018, the service reported on the maximum increase in tax revenues over the past five years.

Mr. Matsotsky did not hide his admiration for Mishustin, saying that he was able to carry out reform practices unique to the whole world (!) In the work of the tax.

It is possible that Matsotsky with OTR simply wanted to "jump" into the "composition" carried to the budgets for the development of IT. And does not leave attempts so far?

It is all the more noteworthy that Mr. Matsotsky knows the Ananyev brothers from Technoserva, who, in fact, was engaged in the supply of IT services for the Pension Fund until the OTR was pushed back. In particular, in 2007, the Borlas consulting group, whose president was Alexei Ananyev, and IBS, then headed by Matsotsky, announced a friendly merger and the creation of a combined company that was supposed to occupy more than 20% of the IT services market in Russia. At the same time, Alexei Ananyev Matsotsky often spoke at industry events. 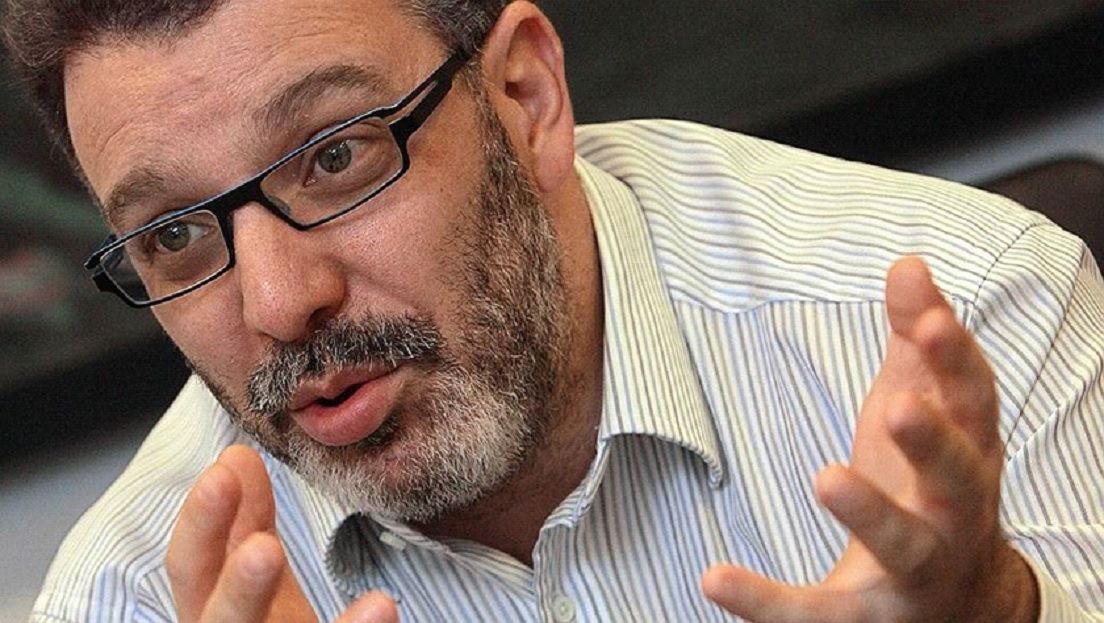 So it is possible that Matsotsky could actually have access to the FIU money for a long time - Technoserv was a long-term contractor of the state structure for the implementation of IT solutions and the supply of equipment. The company especially turned around under the former head of the Foundation Anton Drozdov, who was replaced by Maxim Topilin. Drozdov tried to reproach a lot of things, but in the end, only his first deputy Alexei Ivanov had serious problems from his entire team.

As The Moscow Post wrote in detail earlier, Ivanov was detained and arrested in the fall of 2020. Together with him, Alexei Kopeikin, director of the department for working with state structures of Technoserv, was detained, and after that, six more senior PFR employees.

All employees of the Fund are accused of receiving bribes from the former shareholder of Promsvyazbank Alexei Ananyev and structures controlled by him, among which was the IT company Technoserv. According to the TFR, money was transferred to officials for information about upcoming public procurement and assistance in winning the auction, Kommersant wrote.

The materials of the investigation also include "Redsis" Vasily Vasin, who himself now was under the sighting of the security forces. Previously, its co-owner was the Cypriot offshore Ralieva management ltd, and 100% of the authorized capital was pledged to PSB, owned by Alexei Ananyev. Today, all 100% of the company belongs to the same Cypriot offshore, behind which Vasily Vasin is believed to be behind - according to rumors, Ananyev's trusted person.

Such a picture emerges: the Ananievs fled for the bugor, Ivanov and his associates are tried in the case of bribery, and probably the confidant of the Vasin brother fights off claims in hiding funds to pay off tax arrears.

But there may be another active actor in this story, Sergey Matsotsky. And the bet on him is understandable: in the sphere he has great authority, he did not appear in high-profile scandals, he can also have the talent to establish ties with "who is needed."

Is it with his hands from last year that the story unfolds around OTR with a criminal soul? If that's true. it is possible that his long-time partners Ananyeva also had a hand in this.