Environmentalists have been sounding the alarm for many years because of Igor Altushkin's GOKs, but such problems do not seem to bother him. The main thing is that the GOKs bring in a profit that could be withdrawn through a manual bank?

As the correspondent of  The Moscow Post reports, the Ural Bank for Reconstruction and Development (UBRR), 30% of which is owned by the Ural oligarch  Igor Altushkin, signed a loan agreement with the German bank Commerzbank in the amount of about 5 million euros. The money are for buying equipment from one of the largest Scandinavian companies Outotec, but market participants have no doubt that it is a Russian Copper Company affiliated with UBRR (RCC, 80% owned by Altushkin).

The RCC itself said that it had nothing to do with the deal. But Outotec has been cooperating with RCC for a long time, supplying it with equipment. The ultimate goal may be to "whitewash" the reputation of Altushkin and his RCC, as well as cover up the possible withdrawal of assets through the UBRR, The interviewed experts name two factors that may be associated with this.

The first factor is the terrible state of the two mining and processing plants of Altushkin: Mikheevsky and Tominsky, where in the end, they can deliver the equipment purchased for 5 million euros. Scandals related to the safety and environmental friendliness of production are thundering one after another. Does Altushkin want to hush up this situation?

The second is the financial condition of UBRR itself, the projected decline in the bank's stability in the market. By taking out a loan, the bank can send a signal to its partners that it is not going to collapse - and yet, the assets and profits from it, along with this loan, may end up in one of the Altushkin family's offshore accounts.

The oligarch clearly has something to worry about. His RCC is almost 20% owned by the Cyprus offshore company Tilia Holdings Limited, and has been in dire need of funds in recent years. At the end of 2019, Altushkin managed to achieve stabilization, having received a profit of 6.1 billion rubles. But this happened with a huge revenue of 58 billion rubles, which for the year decreased by more than 200 million rubles.

But in 2018, RCC was "in the hole", having suffered losses of 7 billion rubles, and this was a reduction in profit by as much as 12 billion rubles in comparison with 2017. It should also be noted that the company's revenue has consistently grown every year. Where does Altushkin put the money?

Some of them are definitely spent on nurturing his scandalous GOKs, Mikheevsky and Tominsky. In the case of Mikheevsky, experts have no doubt that he causes great harm to the environment. Back in 2018, Stop GOK activists demanded to check it for compliance with the law. They argued that the company was hiding the damage it was causing to the State. This was written by Delovoy Kvartal.

The risks to the environment from the work of the Mikheevsky GOK are known, but in 2018, problems with its commissioning were associated with the fact that the GOK allegedly did not want to pay the state for the disposal of hazardous waste - this is billions of rubles.

As a result, neither the authorities, nor even Altushkin himself, listened to the activists. And in 2020, a criminal case was opened: the Magnitogorsk Environmental Prosecutor's Office found violations of safety requirements during the operation of the tailings storage facility (ore dressing waste) at the GOK. According to Kommersant, it turned out that the storage facility is not fully equipped with control and measuring equipment, and the GOK itself did not agree with Rostekhnadzor on a plan for eliminating accidents. Yes, and what to say - the structure did not have a passport at all.

It seems that Altushkin not only does not care about the harm to the environment and does not really want to pay extra to the state, but that he does nothing to prevent a possible environmental man-made disaster. The prosecutor's office made a submission to the director of the GOK, but public opinion is still categorically against the work of the enterprise.

At the same time, the GOK itself is prudently registered for another Cyprus offshore company, Magnastar Holdings Limited, and receives huge revenues - 5.4 billion rubles for 2019. Apparently, there is not enough money for security and "environmental payments", or does the money flow to the Cypriot beaches?

A similar situation may develop at the Tominsky GOK, which appeared after Mikheevsky - so to speak, against the background of a scandal. Experts and public figures at the start of its construction in 2017 said: GOK will create an environmental disaster zone in the Chelyabinsk region and will be a "dirty production",as Delovoy Kvartal wrote.

The work at the Tominsky field was to be carried out by an open explosive method, which threatened a serious threat from industrial dust from the plant. Since the start of the mining and processing plant, residents of Chelyabinsk and its suburbs have had many opportunities for nostalgia for the disposal of ammunition at the Chebarkul landfill. With the only correction that the explosions are not tens of kilometers from Chelyabinsk, but almost close by.

But the GOK was built. Unsanctioned protest actions, where local residents declared that they were dust for them (the owners and the authorities), did not help either. This was written by the New Day publication. At the same time, the GOK began to earn money even before the official opening, there even before the end of all work began to extract ore. But there's something wrong with GOK's finances.

The legal entity of the plant was created at the same time as that of Mikheevsky - in 2003. But the revenue was there only in 2016 and 2017. And at the end of 2019, when the GOK was already working, the revenue column is zero. But there is a profit of 1.7 billion rubles - it is not clear why. 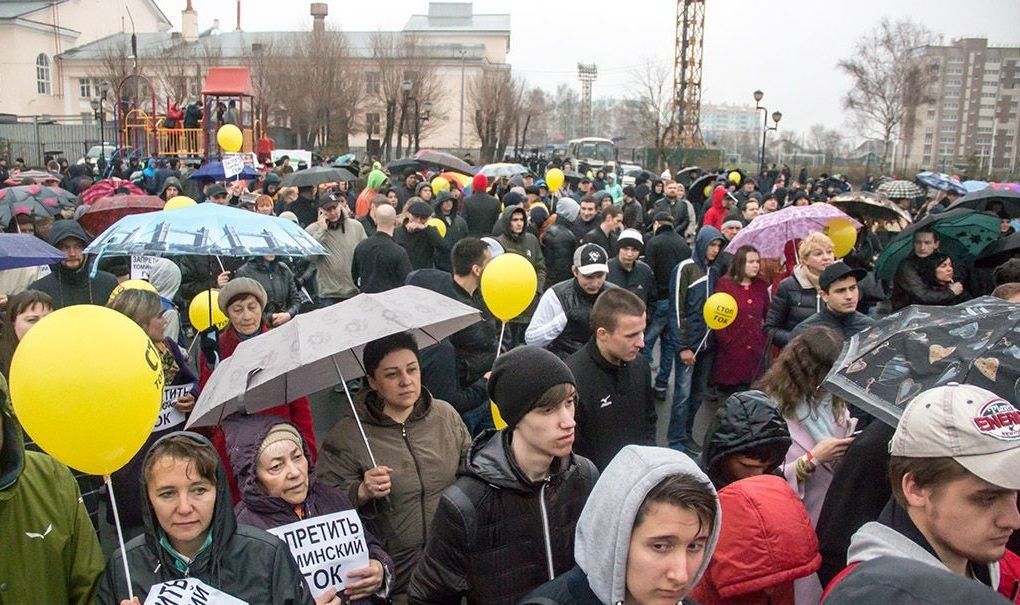 The value of the assets is 65 million rubles. At the same time, in 2018, the company's assets were negative by 1.7 billion rubles. And, again, where is the money? It seems that financial flows are being redirected to unknown places - and this is strange, because the GOK works despite the protests of environmentalists and local residents.

What is the silence in UBRR about?

Money from both the Mikheevsky and Tominsky GOK can really disappear in an unknown direction. Moreover, according to our sources, both GOKs can be merged into one asset at all – it will become easier to manage risks than separately. And financial flows will also be easier to control. While Altushkin is trying to squeeze the most out of them, it is worth asking the question - and where does this money go, if it is not withdrawn through a "manual" UBRR?

If we analyze the financial condition of the bank for some time, for example, from July 2020 to January 2021 - about half a year, we can find interesting things. With the growth of assets and net profit by as much as 350%, the bank for some reason reduces its capital and loan portfolio. Investors don't seem to have much faith in him, do they? 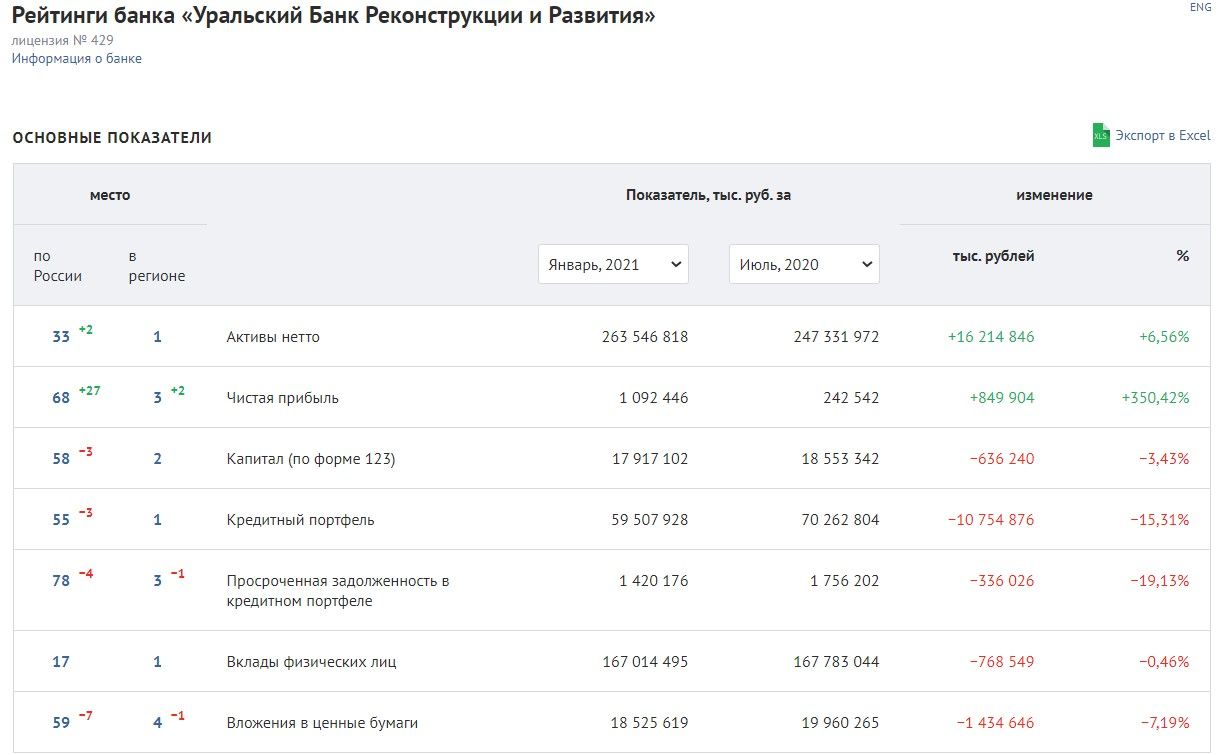 During this period, the loan portfolio fell by 15% - more than 10 billion rubles. Investments in securities fell, and deposits of individuals and legal entities decreased. Loans to individuals fell by 16%, loans to businesses by 14%. If we talk about credit ratios, only one of the three main ones, H2, increased in the first half of the year. And if H1 fell by less than 1%, then H3 immediately failed by 40%.

If we take the statistics for the last month, the picture is even worse. Three liquidity ratios (credit ratios H2, H3, H4) were in the red zone. The bank's risk index for its own promissory notes has increased. Analysts note negative tendency in five of the seven main indicators of liquidity at once.

There is clearly something wrong with the bank, and the story with the loan of 5 million euros looks like an attempt to distract attention. After that, will there be a PR campaign about the supply of new equipment to the Altushkin GOKs, and will then the bank "collapse", leaving the question, where did the profit from the plants go, without an answer?