It seems that Roman Abramovich's Evraz realized that he could not reach the sale of the Timir project. They decided to resuscitate him, so as not to lose?

According to the correspondent of The Moscow Post in Yakutia, Evraz Roman Abramovich intends to bring back the Timir project in Yakutia, where ALROSA is a partner of the company. Now Evraz explains this by raising iron ore prices, but in fact the reason may lie in the desire of local authorities to pick up licenses issued back in zero, since the project has still not moved off the ground. Moreover, last year, ALROS said that Timir does not represent anything - only a set of licenses. It seems that Mr. Abramovich has not so much time left to implement a large-scale iron ore project from almost nothing.

Evraz's share in Timir is 51%. The controlling stake was acquired in 2013 for 4.95 billion rubles from ALROSA, which remained a minority shareholder in the project. The diamond company acquired licenses for Timir for 5.4 billion rubles. in 2008 in an attempt to diversify the business. However, as the head of ALROSA Sergey Ivanov reported in an interview with TASS, today it is all "worth it - exactly zero." According to the top manager, in the zero there was a colossal withdrawal of funds and resources from the company, unexplained expenses were made, and Timir became one of the largest and most useless.

Last year, ALROSA wanted to leave Timir, finding a strategic investor. But, according to the rules of the joint-stock agreement, until 2023 it is impossible to leave the joint venture. It seems that then Abramovich and Co also thought to finally say goodbye to Timir. At least Ivanov in a conversation with Kommersant noted that the representatives of ALROSA and Evraz absolutely agree that in the next seven to eight years it is useless to do anything there.

In addition, in the past, the Chinese metallurgical company Jing'an announced that it would build a coke and chemical production in Yakutia, which would bring a solid additional income to the budget. Then there was a wave of public indignation: the production of foreigners risks seriously hitting the local ecology, and why at all, if there is a structured metallurgical project with a full cycle - Timir? However, the question of what exactly prevents just to resume the latter, and hung in the air. 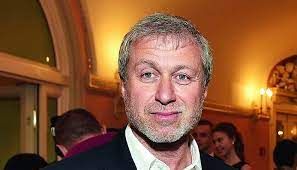 From the outside, everything looked as if the partners wanted to take the time so that the joint-stock agreement would no longer prevent the realization of shares in the project. But what has changed now?

The sharp increase in ore prices makes metallurgical companies, which are not fully provided with their own raw materials, think about new projects. Evraz is only 68% integrated into the ore. In total, the company's annual ore consumption is 18.3 million tons, of which 4.8 million tons are purchased from third parties. In the operational report for the first half of the year, the company noted that ore with a content of 62% has doubled in price by year - up to $182 per ton.

All this made us think about the return to life of the Timira project. Thus, they intend to increase the self-reliance on iron ore raw materials of the key asset Evraz - the West Siberian Metallurgical Plant (ZSMK).

In addition, now there is a very real prospect of losing the license. The Yakut authorities almost threatened to do this from the very beginning, since Timir did not develop in any way. The latter includes four deposits - Gorkitskoye, Tarynnakhskoye, Desovskoye and Taezhnoye with total reserves of 5 billion tons. One of the main conditions for the use of subsoil areas is the comprehensive development of all four deposits, which should be carried out according to a single scheme with the construction of two enrichment plants and a metacomp.

Even before the conclusion of the deal between Evraz and ALROSA, the then head of Yakutia, Yegor Borisov, stated that it was first necessary to build a mining plant, and then a metallurgical one. That was one of the conditions. At the same time, information passed that ALROSA could appeal to Rosnedra with a request to adjust the terms of the license for Timir to refuse to build a steel smelter worth $4 billion. However, the Yakut authorities stated that this probable proposal was simply "useless," since the republic is completely not profitable, and it would not give its consent.

But Evraz had plans for this: at the moment, the company is focused on developing the Taezhny GOK project. However, back in 2014, difficulties began in the project: then, at the last public hearings, environmentalists sharply opposed. Near the deposit are protected areas, such as the Khatym resource reserve and the native nomadic community of the small indigenous peoples of the North "Bugat."

The company, if it tried, could not resolve this issue. Therefore, already in 2015, the leadership of Yakutia announced that if the work is not started before the beginning of 2016, then the project may lose state support of 1.6 billion rubles, since Sakha needs this money for other purposes. Then even managed to attract the deputy chairman of the Russian government, Yuri Trutnev. But since then, the federal authorities, despite numerous complaints from regional ones, have not tried to influence this situation.

Now "Timir" is almost nothing. According to Rusprofail, the company sits in losses of 48 million rubles and has zero revenue. In general, a "return to life" will be expensive - if previously the project was estimated at $200 million, now, according to some reports, you will have to spend several times more.

But Mr. Abramovich seems ready for this. The fact is that the billionaire has recently actively parted with ore assets, risking being left without them at all.

In 2019, he sold the Baimskoye copper deposit in Chukotka to the KAZ Minerals group. Its main shareholders were businessmen from the lists of the richest people in Kazakhstan, Vladimir Kim and Oleg Novachuk. Due to cooperation with Kim, by the way, as The Moscow Post previously wrote, Abramovich could have a conflict with the Kazakh authorities, which jeopardized the existence of his other projects in a neighboring country.

But two years later, Evraz Abramovich was forced to temporarily stop Evraz Caspian Steel. The company attributed this to low seasonal demand and unfavorable price conditions. But then there was talk that the real reason was in conflict with the local authorities.

It seems that the billionaire is now looking for other places where you can earn extra money. Earlier, The Moscow Post wrote in detail that its people enter the Altai Republic, establishing ties with its head Oleg Khorokhordin. And although now the region cannot be called economically very attractive, in the future of the next 3-5 years, a small mountain republic within the Russian Federation can become an important logistical and transit region through which many wealthy people from Russia, China, Mongolia will fly, pass and pass. All because they plan to build a new Gazprom gas pipeline there.

It seems that now Abramovich and Timir simply did not have a choice: either you lose everything, or it would be time to take up a case that has been postponed for many years. On the other hand, soaring ore prices are also being "pressed." So the billionaire did not succeed in pulling time to the profitable further sale of Timir.

11 February, 8:45
Subsoil in diamonds: what should be afraid of business partners of the family of the governor of Yakutia?