"Nebohods," or life without ideologies

"Game of coups" drew a line under the lyrics, in the work of a scandalous rock band.

Do not sprinkle ash on your head. The occupation is ungrateful. Take an example from the Nebohods group. Recently, the studio "Nebokhod-Media released their album" Ash will fall snow. " And after that, the single "Game of coups" was released.

There is no policy here. Rather, some questions that the group wants to ask society, and of course a little lyrics.

A number of odious critics have already spoken of this work as profanating life without any ideologies. Others say that these are the origins of Russian culture.

As the group leader Alexei Nebokhodov himself says, "life without ideology is a normal state of society in which there should be no place for wars, violence and calls for them. In whatever form it is expressed. "

But in fact, this idea can be traced, from the lyrical-ironic song "New Casanova" to the last single released after the album "Game of coups".

The rock group "Nebohods," was founded in 2013 by the poet and vocalist Alexei Kozlov, who took the stage name Alexei Nebokhodov, again at everyone's mouth!

In the new album released the day before, the musicians honor the canons of Russian rock, while not changing their usual style of bard rock and chanson. The unique lyrical syllable of Alexei Nebokhodov and the angelic vocals of singer and composer Olga Lizyukova merge in a harmonious impulse, conveying all the multifaceted creative thought of the musicians.

More recently, the correspondent of The Moscow Post managed to talk with one of the members of the team - Yevgeny Chubik.

Eugene comes from the city of Stakhanov, located in the Lugansk region. Eugene stood with Alexei Nebokhodov at the origins of the beginnings of Nebokhodov, however, after the outbreak of hostilities in the Donbass, for reasons understood, he temporarily lost contact with other members of the team and could not continue cooperation.

For many years, the group used the services of invited musicians, but now everything is gradually returning to its own circles, because in 2021 Eugene again joined the "Nebohods"! "At the moment, my name and my work are often used by other people on the Internet, so if someone suddenly has a question about who I am and where I am, just drive in the address bar" Nebohods "and understand everything.

At the moment, my friends and I live in different cities and countries. For example, I live in Yalta, but long distances do not prevent us from doing music and creating together! For me, the "Nebohods" group is primarily a community of views on the world around us, these are people close to me in spirit and interest. This is an opportunity to convey our thoughts, our joys and sorrows to others, "Chubik said in an interview with The Moscow Post correspondent. 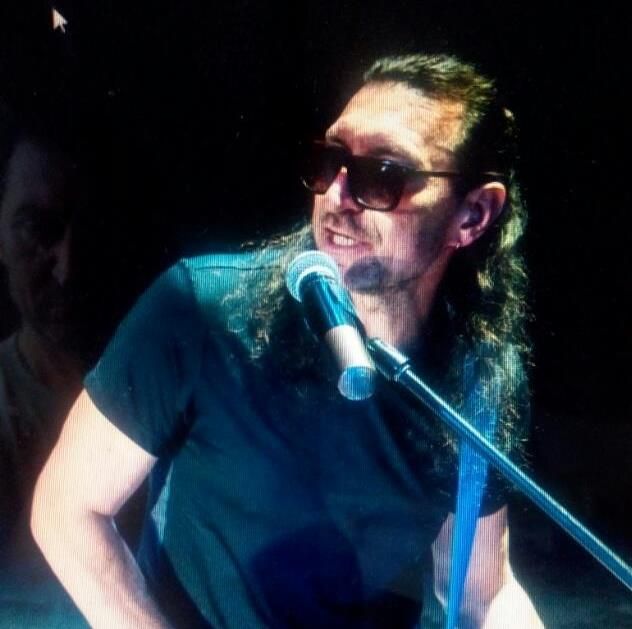 Olga Lizyukova, the author of music for most of the songs "Nebohods," originally from Voronezh. After Olga was offered to write music for the poems "Ashes will fall snow," she was impressed by the poetry of Alexei and easily wrote a composition for the group. So began the collaboration of the composer with the team.

Olga wrote her first song at the age of 11, after which she connected her whole life with music, played in different Voronezh groups. In addition to composing, Olga is also an outstanding singer with unforgettable, soul-taking vocals. So she performed the song "Illyric," for which a video was later shot. Also, her vocals can be heard in most of the compositions "Nebohods." 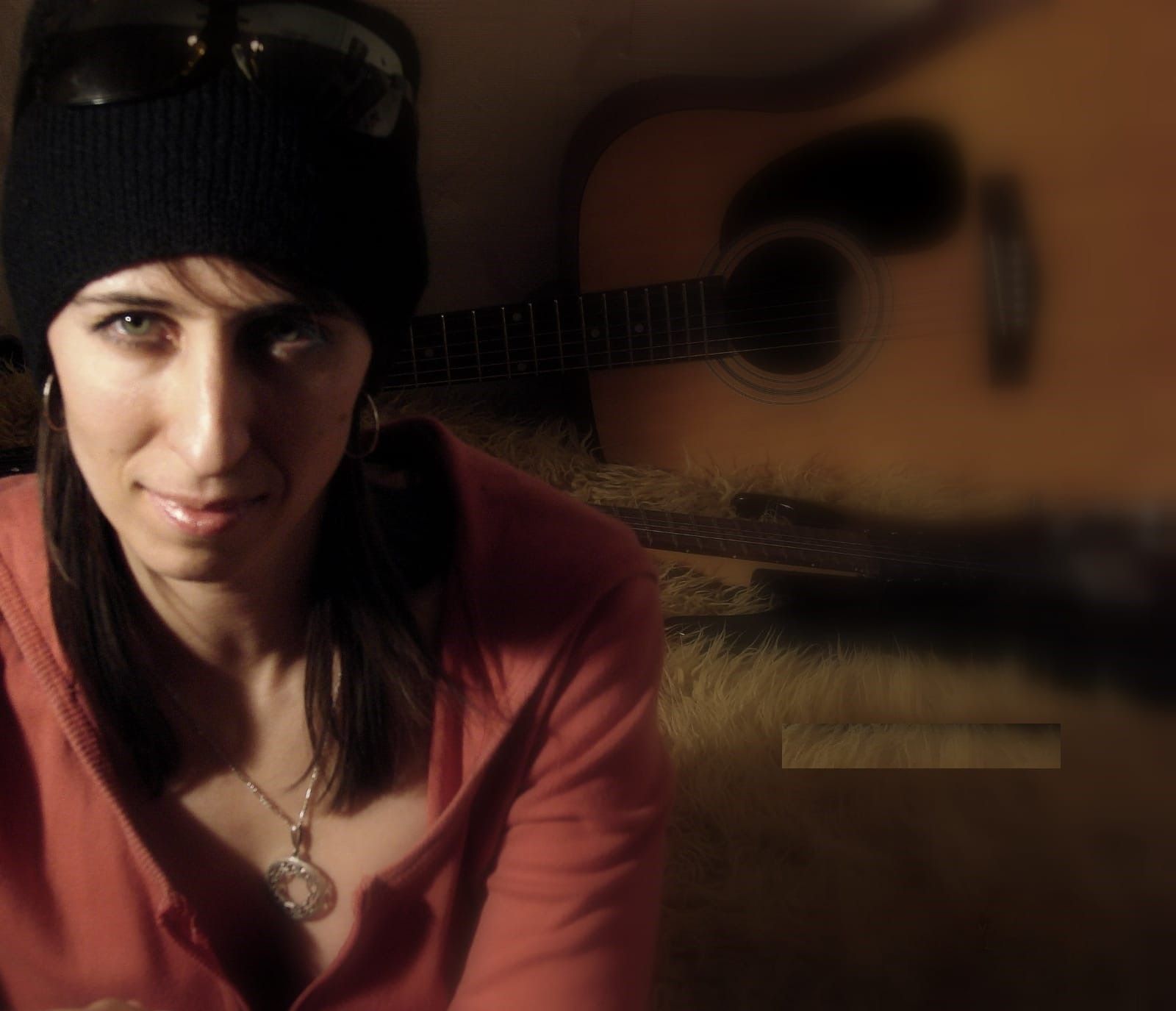 In the opening track of the album, "City Dream", the listener meets the flirting voice of Alexei Nebokhodov from the first seconds, immersing us in an atmosphere of evening calm and pacification. "All this is a dream, all this bliss, and a mirage burns above the ground," Alexey sings to us.

The second composition, entitled "Nebohods", pleases us with a duet of Alexei Nebokhodov and Olga Lizyukova, singing a story about creatures traveling on sky-high worlds with calm lyrical voices. Despite the serious poetic component, the track is perceived easily and pleasantly. In an interview with The Moscow Post, Olga Lizyukova noted that the song was written with ease - the author of the text "Nebohods" sang a melody that perfectly approached the chords.

The next song "Cathedral Square" is radically different from the previous two. "Full of doubt and pain, reflection and remorse, and not only about one of itself, but also about what is called the Motherland and anxiety for its fate," the correspondent of The Moscow Post clearly noted in one of the summer articles on the release of this track. And the track can really touch the soul of any Russian person who included it in his headphones and plunged into the history of a "strange country".

In the track "Illyric", Olga Lizyukova's powerful vocals present to our attention the story of a young girl trying to get out of the outback and shine in the lively rhythm of the metropolis. However, our heroine faces the difficulties of urban life, his fuss and indifference to the fragile female fate. The author of the text was Alexei Nebokhodov, who wrote the poem "Girl and the Station," the name of which exhaustively describes the place of action and the main character, behind which is a very "non-lyrical" story.

In April 2021, a video was released for the composition.

When creating the next composition called "Picture of the Soul", the authors sought to ensure that the listener was not distracted by the technique of performing musical instruments, forcing the melody to become a "guide" to the author's history. Alexey Nekhokhodov did not overload the poems on the composition with complex turns, making the song quickly memorable and "lively." The song reflects the longing and sadness familiar to all people, as well as the reasoning about "being," passed through the prism of the old good bard rock.

The composition "Farewell" dips us into a cold winter atmosphere, conveying all the experiences of the lyrical hero, frozen and abandoned, but attracted by the dream of a beautiful one that makes him "warm up."

The song "Ash will fall snow", on which not so long ago "Nebohods" released a clip, which later became scandalous, invites the listener to plunge into a world of divided realities. "I would get out of here," Alexey sings to us, hinting that the hero is trying to find a way to reality. Olga Lizyukova's beautiful vocals perfectly complement the verses of Alexei Nebokhodov. Alexey himself previously told The Moscow Post correspondent that Olga "gave a second breath" to his poems. "The most interesting thing is to write music when there is only text and complete freedom of creativity. No reference to genres, styles, pace or mood! "Olga tells us, describing the process of creating this composition. 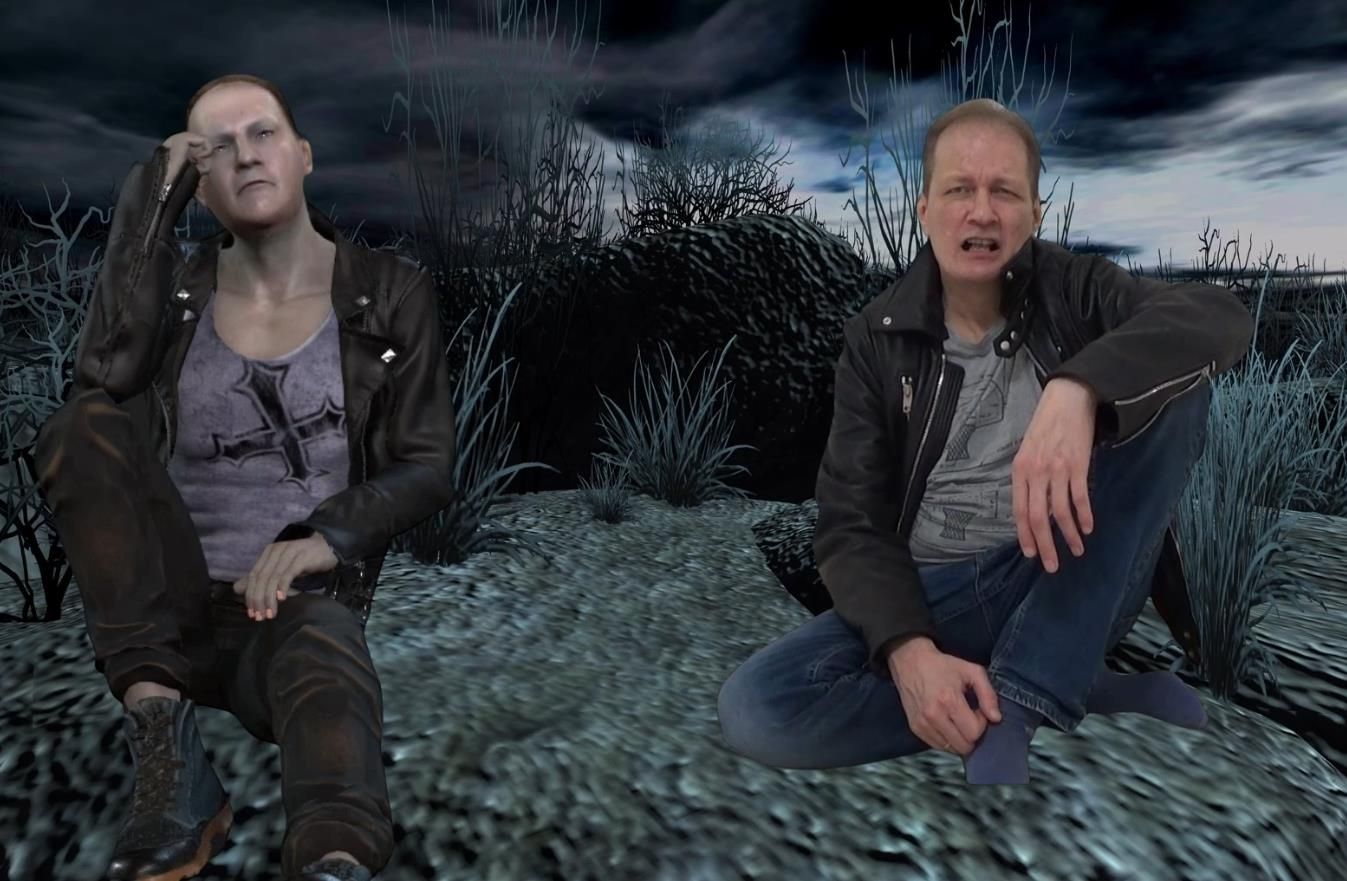 In another composition called "Station", "Nebohods" give us a sense of all the facets of "station weekdays," conveying the atmosphere of the apron through the sensual notes of the chanson, and also make the listener feel for a few moments like a passenger of a simple domestic train that tastes hot pairs during a long casual trip. In one of the articles of The Moscow Post, it was correctly noted that "A trip for the" Nebohods "is our life. The coupe neighbors are the people we meet along the life course.

Parking on the platform is a fork in life where we have to make a choice. " In such a seemingly simple song, "Nebohods" again managed to raise serious philosophical questions, to which not all of us have answers.

The composition "New Casanova" is distinguished by a slight mental motive that makes the listener again believe in the love and passion that each of us felt at least once in our lives towards another person. "I draw you, I try to find words, I get out of my mind, from the fact that you are mine," Alexey Nebokhodov sings to us, describing the feelings of a lyrical hero who met the ideal of female beauty in his path.

The closing track on the album is called "Window". To the pleasant memorable melody "Nebohods" give the listener food for thought about the imperfection of our world, about the inner torment of the human soul. Alexei's poetry gives us the idea that every oncoming person actually has "his own little hell," which is what brings people closer to each other.

After listening to this album, many listeners of "Nebohods" persistently began to ask the musicians for a tour, wanting to enjoy new music in live performance. Recall that earlier the creative team successfully completed tours in the countries of Eastern Europe and the Balkan Peninsula, and also looked into the latitudes of South America.

By the way, after the group performed in the capital Suriname Paramaribo, the musicians unexpectedly disappeared. Many fans began to worry, they were not stuck in the South American jungle. As Alexey Nebokhodov said, nothing like this happened. We just hid from everyone while we recorded the new single "Game of Coups".

After fans were again able to see their favorite group "alive," "Nebohods" recommended that they not relax, as they have new tours ahead of them, and a new album on which they work in the studio "Nebokhod-Media."