"Blood Lady" and her "victims"

What awaits Ksenia Sobchak in the case of a fatal accident in Sochi? The number of indirect "victims" of the liberal glamorist is increasing.

According to the correspondent of The Moscow Post in the Krasnodar Territory, the topic of the fatal accident of the car in which Ksenia Sobchak was traveling in Sochi largely interrupted the entire news agenda of last weekend.

Now all the details of what happened are unknown, an investigation is underway into the fact of an accident and the death of people. Recall that on the evening of October 9, a black rented Mercedes drove Sobchak to the airport, drove into the oncoming lane and met in a head-on collision with Volkswagen, in which passengers also traveled.

As a result, a woman from Volkswagen died, she had a small child. The second passenger and driver are in serious condition in the hospital. At the same time, it is surprising that Ksenia Sobchak quickly left the scene of the accident, presumably because she was late for a flight to Moscow. And a day later, she had a flight to Los Angeles.

And since Sobchak herself was not, there will definitely be no indicative process like what happened to another liberal figure, actor Mikhail Efremov. Well, questions about the need to comply with the legislation - the mantra of the liberal public, again hang in the air. Who calls on whom to comply with the law - the characters who have exposed themselves to their importance, whose cars go into the oncoming lane so that the person is not late for the flight?

Glamour is above all

Creating problems on the roads is one of the most frequent offenses of the stars. And rumors that the "Bloody Lady" (as its telegram channel is called, and there are already conversations on the Internet that they say yes, really "bloody") are actually a "lady" very rushing and not objecting, they have been walking for a long time.

Back in 2007, the Glamour website released a small note that "shot" after almost 15 years. According to the authors of the site, allegedly late for a concert at Olimpiysky, the famous blonde of All Russia Ksenia Sobchak told the driver to drive in the oncoming lane to overtake slow-driving cars.

It is also reported that after some hesitation, he gave in to the demand of the star, as a result of which he was soon stopped by the traffic police inspector. During the forced stop, Sobchak jumped out of the car and, expressing invectives to the minister of the law, threatened him with problems with her superiors if he did not immediately release her.

Believing in it, or not, is everyone's business. But it looks much more plausible than what we heard from the TV presenter herself. Ksenia Sobchak was born, in fact, with a golden spoon in her mouth. The daughter of the first head of St. Petersburg in the new Russia, from the very beginning of her life path she was surrounded by money and influential people. And after came popularity, secular rauts, battalions of fans.

All this can easily turn the head of anyone. But not for everyone ends with such sad consequences. And so, what in the behavior of the TV presenter in an accident made it possible to say that she herself could be under investigation?

Here we return to the situation itself. It is now that Sobchak is trying to attribute - that she could demand that the driver go faster and even violate the rules of the road, because she allegedly could be late for the flight. In such a situation, she would go to the police and give appropriate testimony, but it seems that she had to be interviewed only in Moscow, which probably carries certain procedural difficulties for the investigation.

And if this is somehow confirmed, it will be more difficult to avoid the criminal prosecution of the TV presenter. Moreover, people perfectly remember the scandalous situations with her participation. Ksenia will not go for a word in her pocket, and if desired, she can easily brighten with acquaintance with influential people.

The second point is the abandonment of a person in a dangerous situation, which Sobchak is also trying to attribute. Even with some people on the highway, a quick departure to the airport, when people choke on blood nearby, looks bad.

According to the Mash telegram channel, citing the driver of the vicious car in which the telediv was driving, Sobchak and her companions allegedly left almost immediately, and eyewitnesses called the police and ambulance. Another post of the same telegram channel is that outsiders who arrived at the scene of the accident after 5 minutes did not find any Ksenia Sobchak near the accident.

Again, all this should confirm or refute the investigation. But there is an opinion that for 15 years from that note in Glamour, Ksenia Anatolyevna did not just not calm her stormy temper, and could become even more uncompromising and rushing.

At the same time, it seems that these revelations of the driver (if this is really his words) are the last such thing that we will hear in the public plane. Sobchak has already reported that she will financially help the families of the victims. Maybe she can financially help the driver so that he loses the desire to talk extra in this situation. Silence is gold?

The last stroke to the portrait

We can say that all this seriously hits the reputation of Ksenia Anatolyevna, but the truth is that scandals surround her all her life. Listing them all makes no sense. Even her own wedding with director Konstantin Bogomolov ended in scandal. And in the last ten years, these scandals of the show business plane have already moved to the plane of big politics and business. Earlier, Sobchak tried her hand at the presidential election in Russia, where she defeated.

Then representatives of the liberal intelligentsia (conditionally) accused her of allegedly acting as a "spoiler" in order to blur the votes of the protest electorate. Since then, for the radical part of the opposition, it has become, as they say, "unruly." But she ceased to be a part and icon of the liberal party as a whole.

Ksenia Sobchak received a serious reputation blow because of the story with entrepreneur Oleg Kan. He, recall, is accused of murder, he is wanted. About this wrote Vedomosti.

Information has passed, Ksenia Sobchak can allegedly take part in his business. Allegedly, she bought shares in the structures "Moneron" and "Kuril Universal Complex," engaged in the extraction of crab in the Far East. However, it turned out that the GSU IC of the Russian Federation was conducting a criminal case against Yevgeny Pekar, one of the managers of these companies. 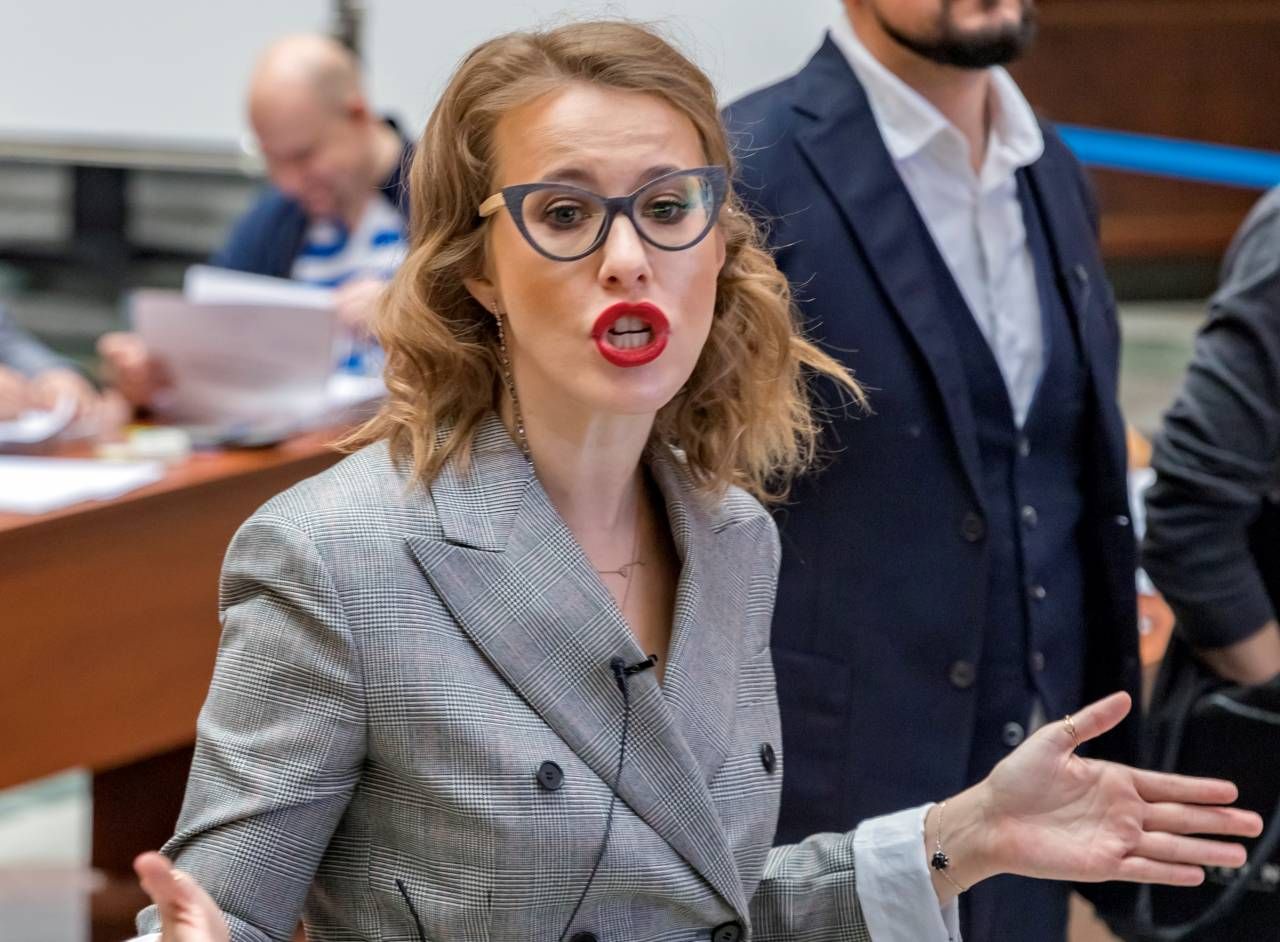 Indicative, public trial like what was over Mikhail Efremov, you can not wait

According to the agency, Baker, having made a deal with the investigation, admitted that both companies actually belong to Kang, and at his direction, Baker allegedly participated in the export of live crab to China, declaring them at a lower price.

The scandal instantly soared to heaven, but Ksenia Anatolyevna hastened to declare that she had nothing to do with this situation. And again - only law enforcement agencies can say whether this is true or not.

However, over the past 20 years since the beginning of the TV show "Dom-2," the image of the TV presenter, politician and public figure Ksenia Sobchak has been formed. The last stroke was just a fatal accident. And it seems now that everything that the teledive does not say will be perceived with skepticism.